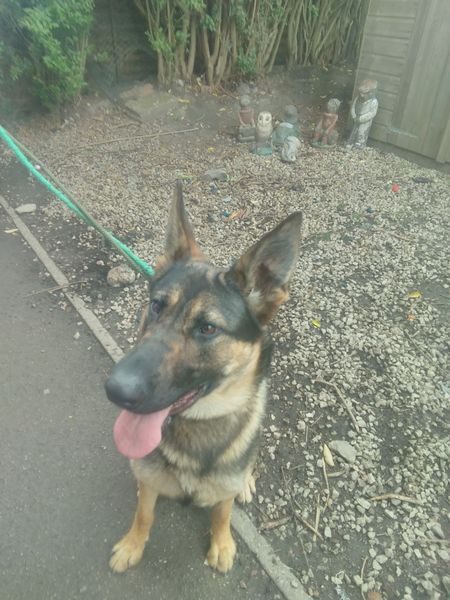 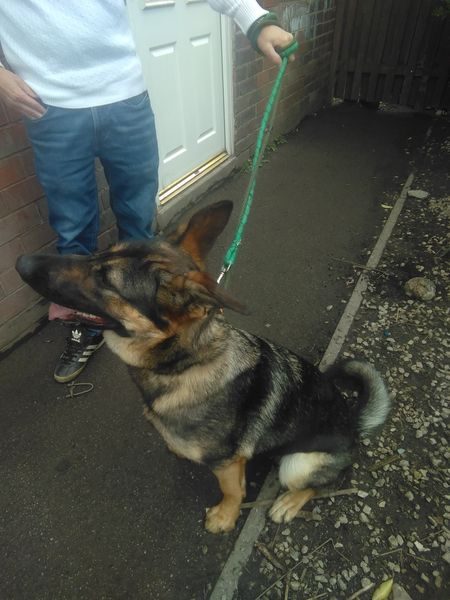 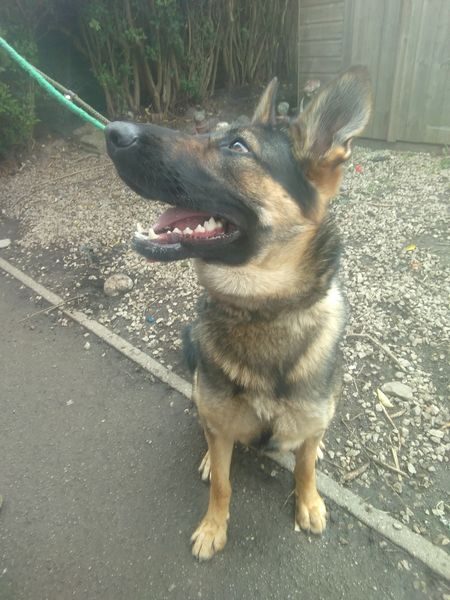 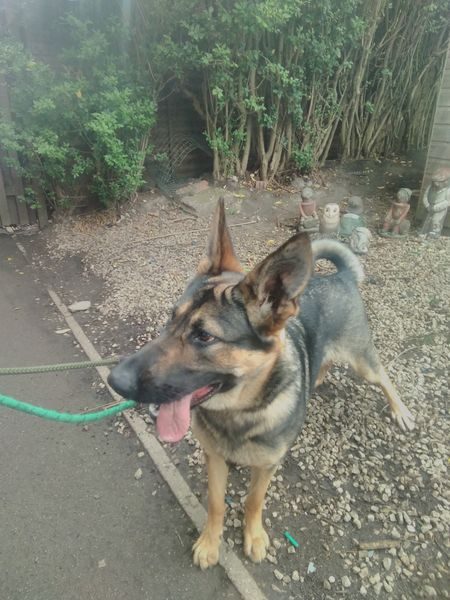 Esmie is available for adoption through GSRE – this is what her current owner says about her.

Esmie is a 1-year-old female, black and tan, German Shepherd with short hair. She is not neutered and had her last season in March 2022. She has never had puppies. She is micro-chipped, vaccinated, wormed and flea treated. She has no known food allergies and no disclosed medical issues. Esmie has been in her current home since before she was 8 weeks old when she was bought from a ‘breeder’. She eats ‘biscuits’ and ‘fresh pasta’ daily.

Esmie is being rehomed as she does not get along with the other dog (male) in the home.

The current owner says Esmie is not good with children, dogs (aggressive), cats or livestock. She currently lives with another dog but because they fight, Esmie is crated most of the time. She has not shown aggression or bitten anybody but will bark at the postman.

Esmie lives indoors and is housetrained. She is currently left alone for up to two hours a day. The owner does not know how Esmie is when travelling in a car.
Esmie was described by her owner as being poor on the lead but when the assessor walked her, she was fine with them (see below for details). She does not show any possessive tendencies towards toys or food and is not currently a fan of the vets (described only as ‘bad’).

During the time the GSRE assessor spent with Esmie, this is what they said about her.
When the assessor arrived at the home, Esmie was crated and barked a little, taking treats off them nicely. The assessor put their own lead on Esmie after she was let out of the crate and she was fine.

Esmie has been described as being ‘uncontrollable’ when she met other dogs but on their walk the assessor met two separate dogs. One dog never stopped barking at Esmie and although she reacted, the assessor was fully able to control her. The assessor was expecting far worse, Esmie was ok on the lead apart from that.

When they got back from their walk, Esmie fetched her toy for the assessor. Throughout the assessment they did not see any sign of aggression towards them. Esmie is kept away from the other dog as they fight, so is crated most of the time. The assessor believes Esmie will be fine in the correct home as an only dog.