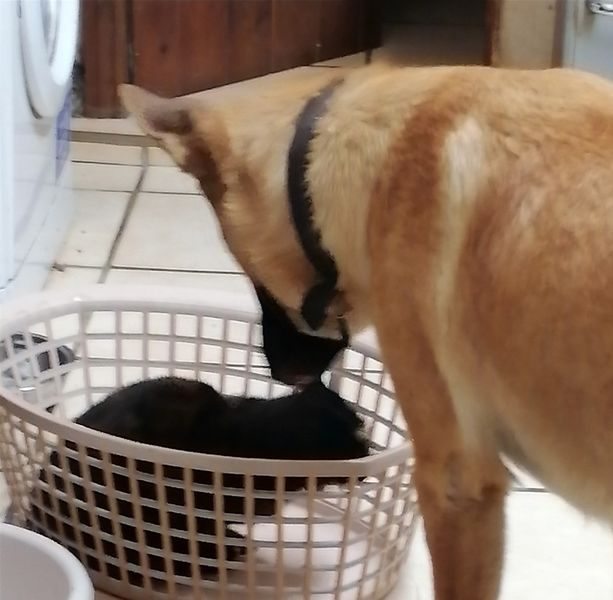 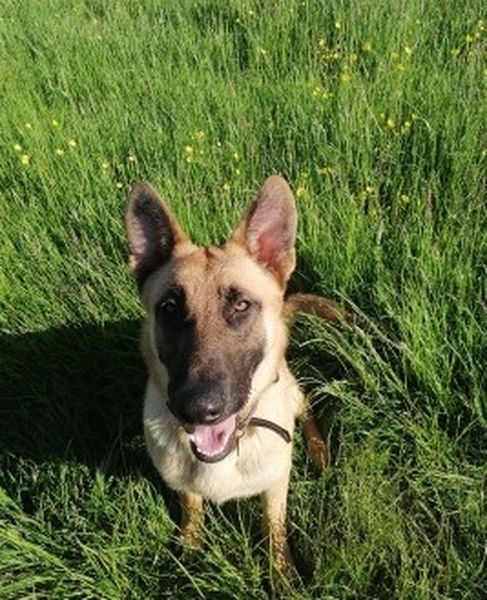 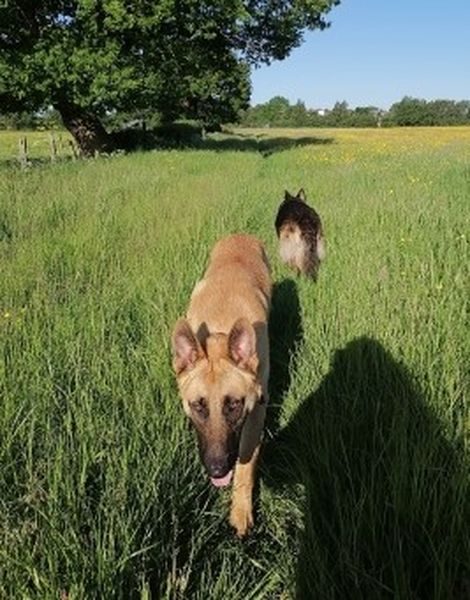 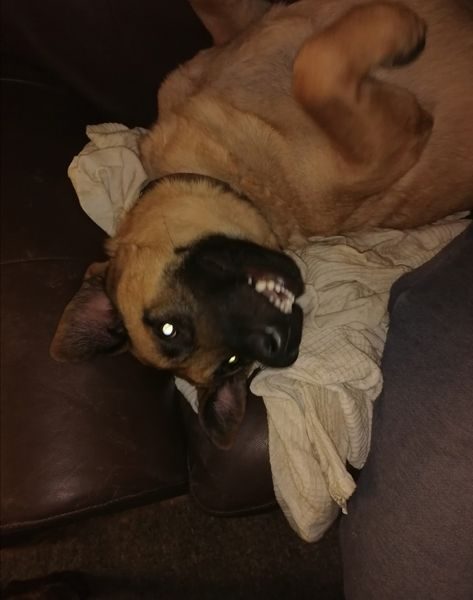 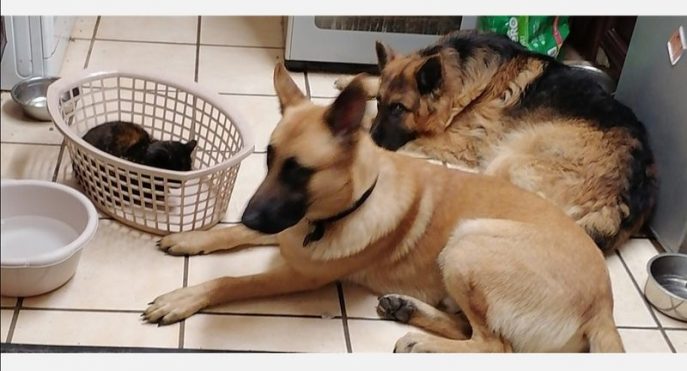 Otis is available for adoption through GSRE – this is what his current owners say about him.

Otis is a 16-month-old, male, short haired, sable German Shepherd cross Dutch Herder. He is neutered and is now due his booster, worm and flea treatments. He is microchipped. He has no known food allergies and currently eats dry food and half a tin of wet food, twice daily. He has no disclosed medical issues.

Otis is being rehomed through GSRE as he currently lives with his biological parents, plus one other dog. He has started to fight with the other dogs in the family, especially his mother. He has over-bonded with his female owner and does not like sharing her with the other dogs or visitors to the house.

Otis is selective with other dogs, being reactive towards some dogs but not others. He is currently attending obedience classes and responding well. He lives with a cat whom he is good with and will walk past livestock on a lead. He is used to children ages three years and over.

Otis is OK with visitors but can growl and is muzzled, although he will settle. He has shown aggression towards an adult female who pulled Otis into her which resulted in him snapping at her. We don’t have details of how long he can be left alone in the house for but he does have a tendency to chew when left.

Otis is good when travelling in the car. He doesn’t bark excessively but will bark when guarding something, such as the home. He lives indoors, albeit he likes to spend his time outdoors. He is housetrained. He will pull a little on the lead but is currently undergoing training to correct this. He knows all of the basic commands and has a solid recall.

Otis is not food or toy possessive with his owners but he does have some tendency to resource guard from other dogs, particularly his biological mother. He does not do well at the vets and needs to wear a muzzle whilst there.