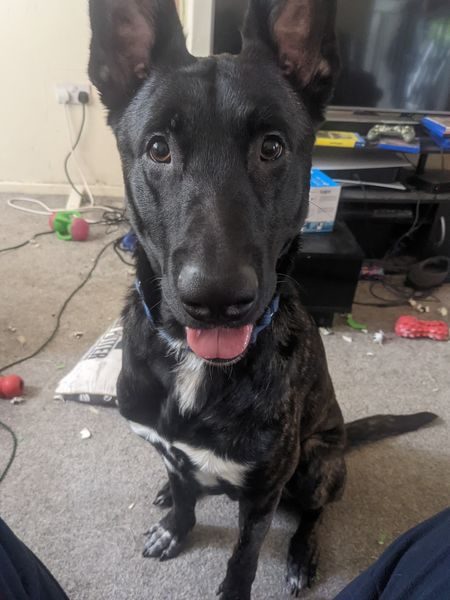 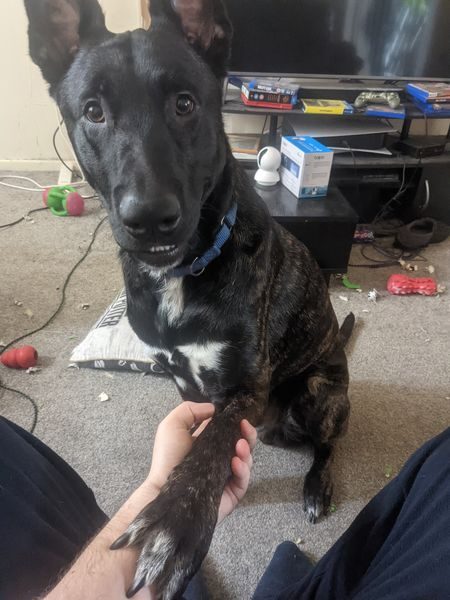 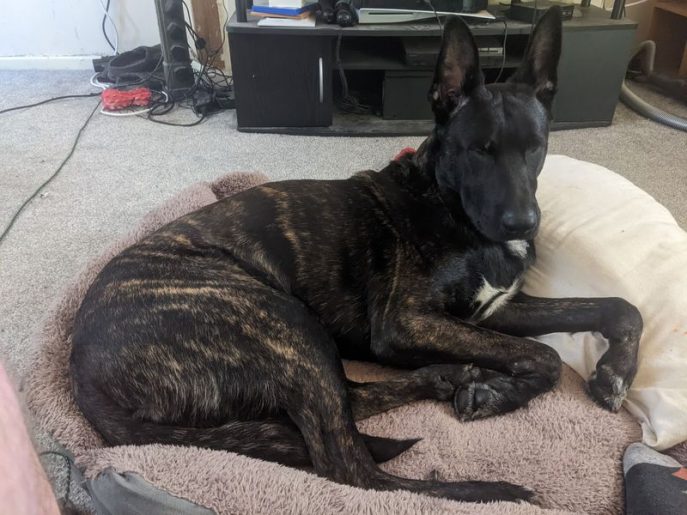 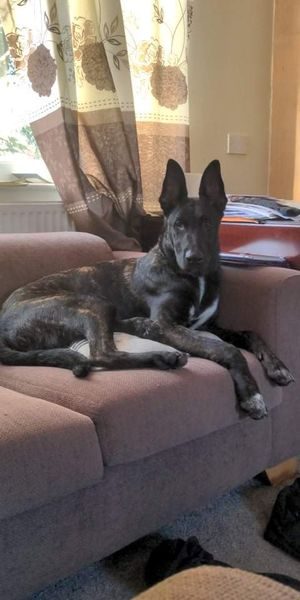 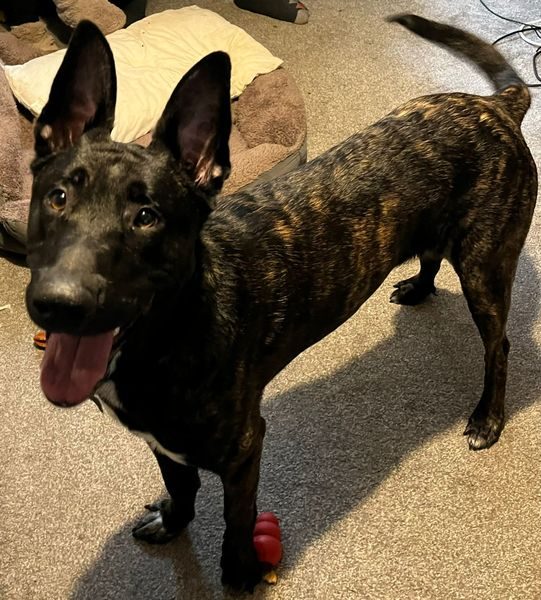 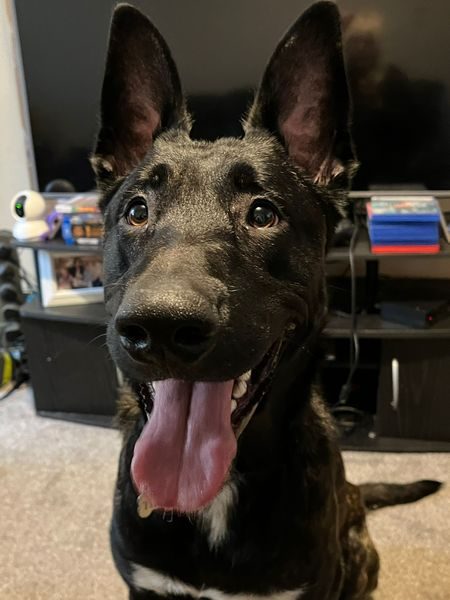 Theo is available for adoption through GSRE – this is what his current owner says about him.

Theo is a 15-month-old, large male, short haired, brindle, black and tan Malinois cross. He is not currently neutered but is microchipped, vaccinated, flea treated and wormed. He has no known food allergies and no disclosed medical issues. He is currently grazing food that is left down for him all day.

Theo is being rehomed through GSRE as his current owners are about to have another baby and do not feel they are the right household for him as he is too boisterous and loud with some guarding issues over the male in the house.

Theo is not good with children. He is not good with cats, will bark (no aggression) at dogs and the same with livestock. He is not left alone as he suffers with separation anxiety and will chew. He is not very good when travelling in a car, he struggles to settle and may be sick. He has lived in his current home since he was 8 weeks old when he was bought online.

When visitors come to the home, Theo is very boisterous and loud, likely to jump up and mouth, nibbling hands and ears which may appear threatening. He is a strong boy but has never bitten anybody. He lives indoors and is housetrained, but sometimes urinates in what is described as a ‘protest wee’. He guards the male of the house and has knocked over the female and child who also live at the address. He also does not like it when people leave the room and has to be held back by his male owner to avoid further issues.

Theo pulls when walked and therefore is rarely exercised now. He was walked on a harness and collar but can slip out of both of these if he so wishes. He has a very selective recall but does know paw, sit, lie down, get down, stay and off.
Theo only becomes possessive over items that he has ‘stolen’, such as socks etc. When visiting the vets, he becomes overexcited and vocal.

During the time the GSRE assessor spent with Theo, this is what they said about him.
Theo needs an experienced, strong new owner who can teach him the basics and instil suitable rules and boundaries. He would undoubtedly benefit from an exercise regime that meets his needs. He is currently given treats to appease him as opposed to earning them through training/desired behaviour.