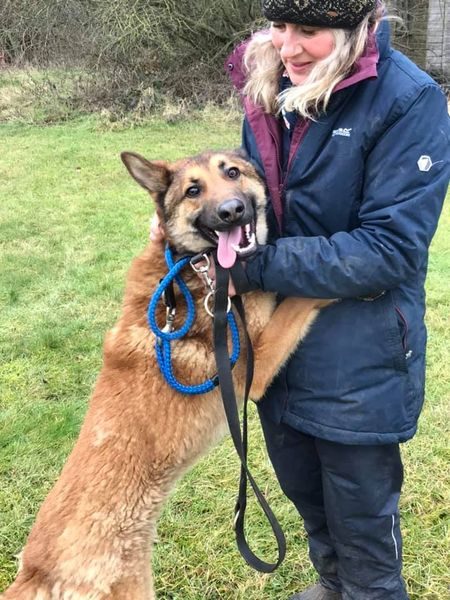 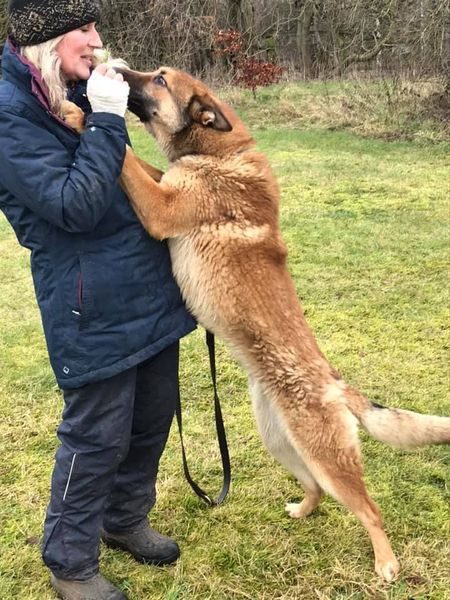 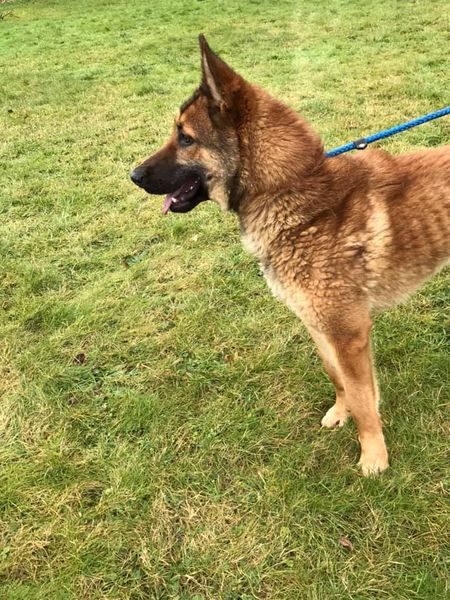 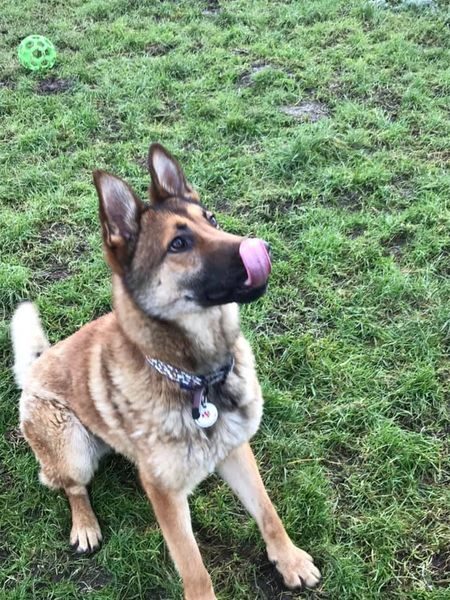 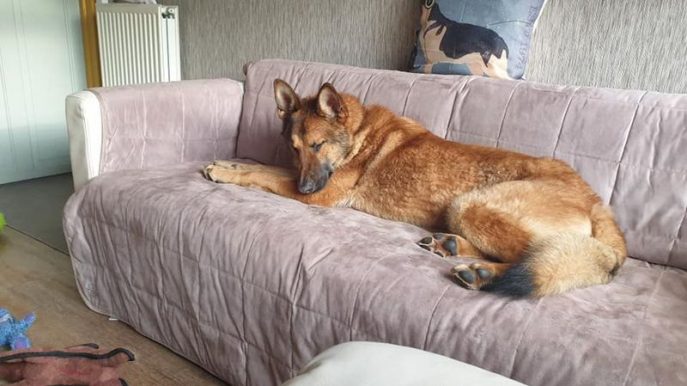 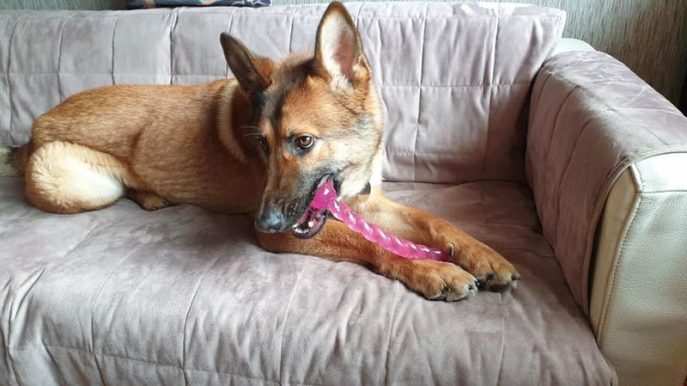 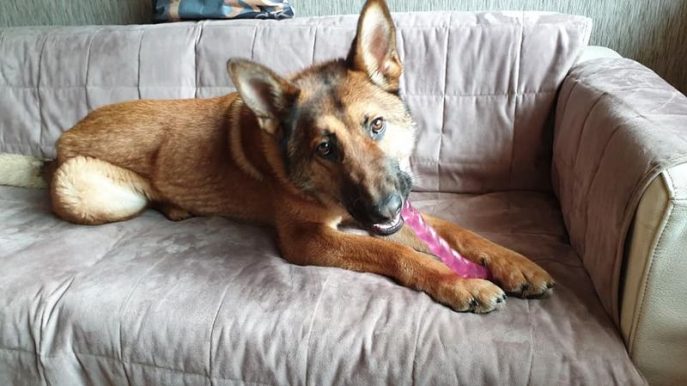 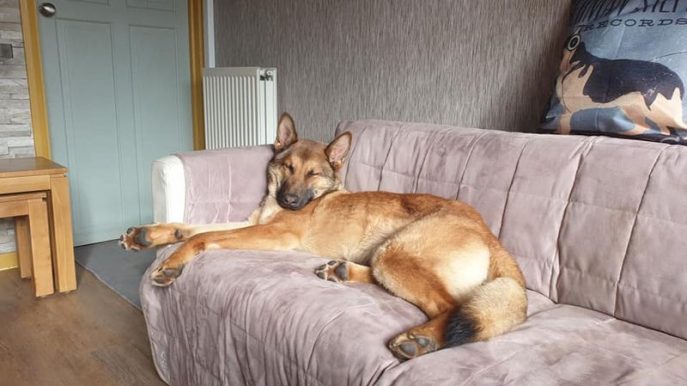 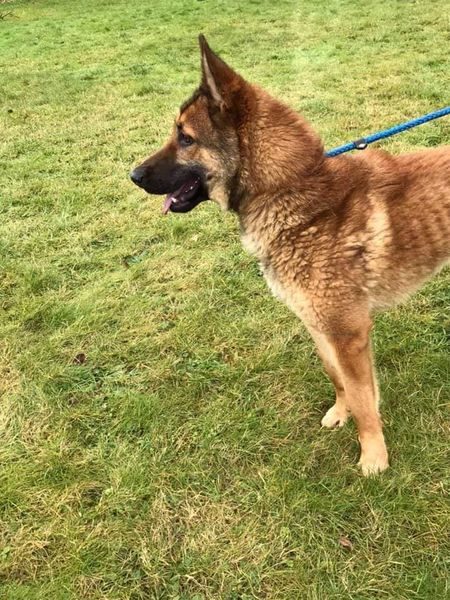 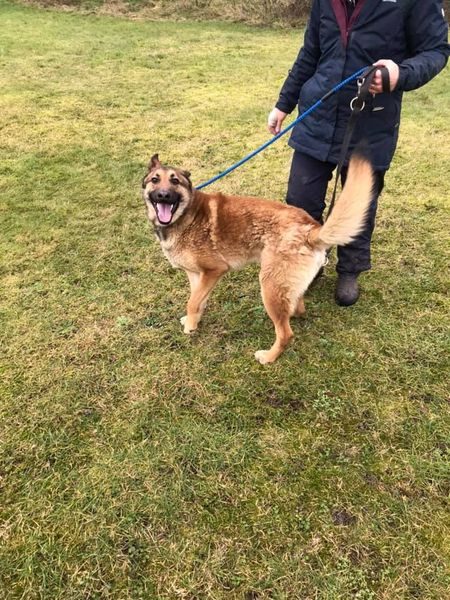 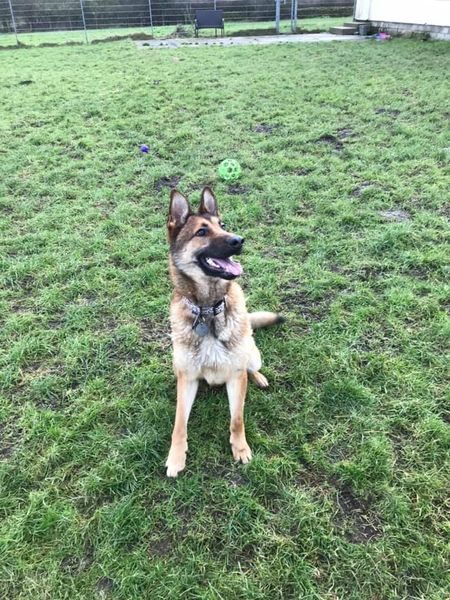 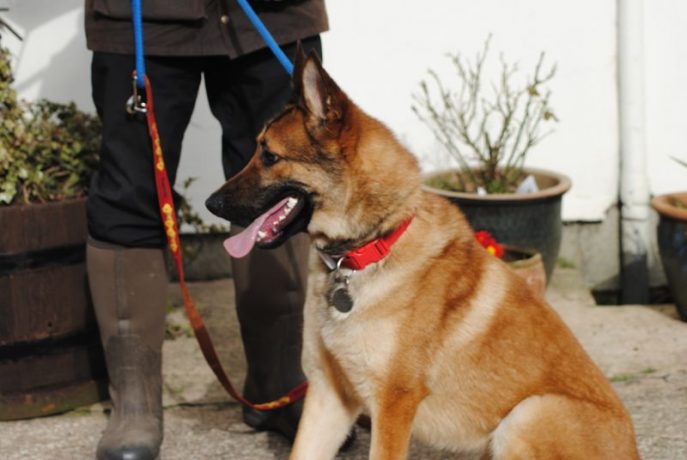 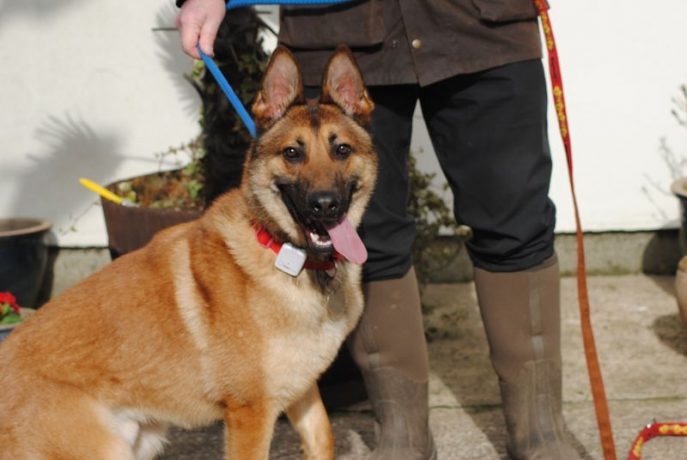 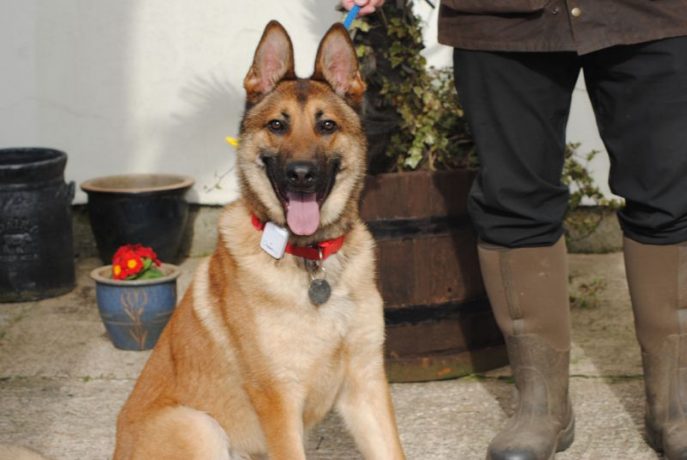 AJ came to us from the pound who said that he had ended up with them due to him having escaped from his home on numerous occasions.
He has now been in foster for four weeks at the time of writing and we must say that he has shown no tendency at all to want to escape. Quite the reverse as he has bonded very quickly with both his foster Dad and Mum to the extent that he wants to be always close.

When AJ came into foster it became obvious that he had not lived in a house before, everything from the vacuum cleaner to the television was scary to him, he knew no basic commands and he was not house trained. However, this little man is super intelligent and was clean in the house after only one week. After three weeks he had mastered Sit, Down and had a good Recall.

AJ is still very much the puppy and you will need plenty of energy to keep up with him. He loves his toys but can destroy a soft toy very quickly. He loves his food and will eat anything that is put before him with gusto. He has absolutely no food or toy aggression indeed there is no sign of any aggression at all.

AJ’s worst fault is that he can get overly excited very quickly and then his teeth come into play and he will jump up and mouth. There is no pressure behind the mouthing, but it can still hurt if you are not expecting it. This is being worked on, but I expect it to be a long haul to get him out of it completely and a new owner may have to except that they will need to carry on with his training.

On the plus side he is one of the friendliest dogs you could wish for. He loves all humans and loves cuddles even if he is a bit big for a lap dog. He is good with other dogs and just wants to play with them but sometimes gets frustrated when he is too much for them and will bark out of frustration. He will however listen if another dog tells him NO.
AJ would ideally love an active home with older children that can play with him and the icing on the cake would be another dog who would tolerate and teach a young pup.