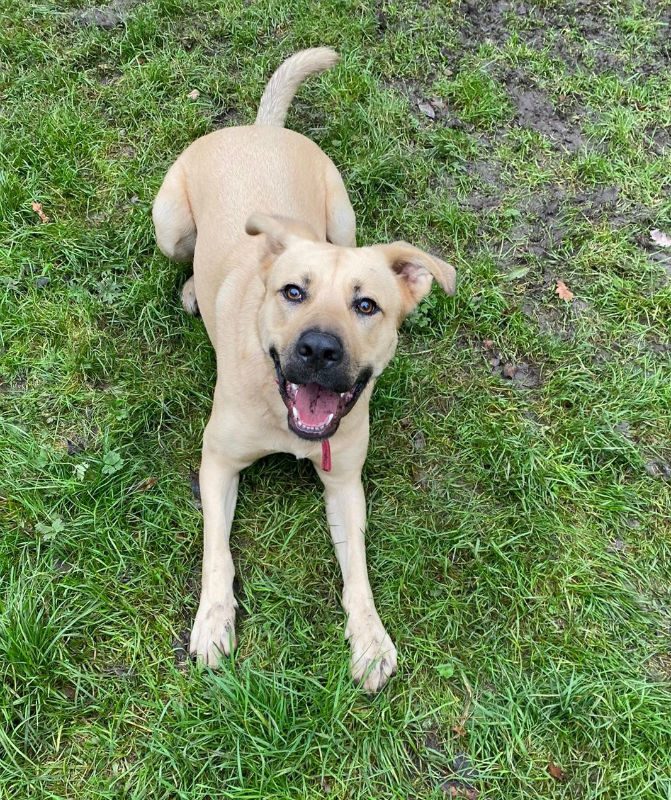 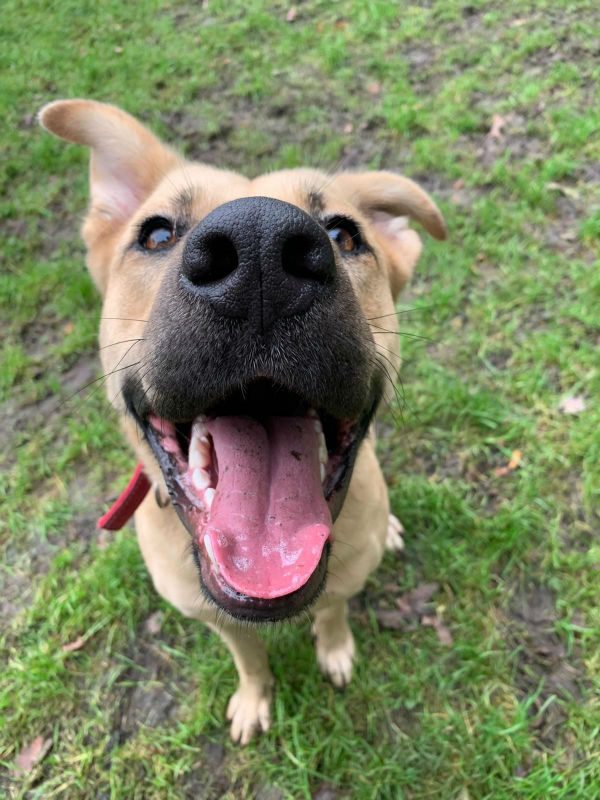 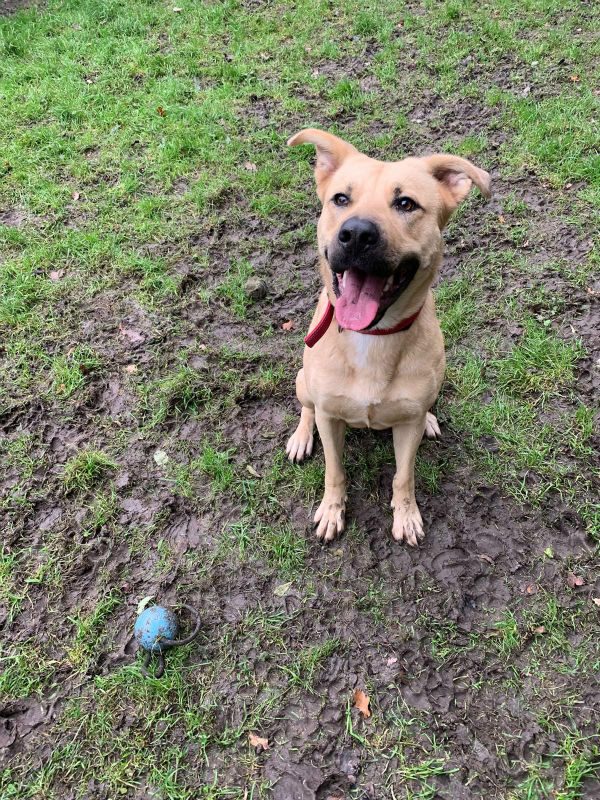 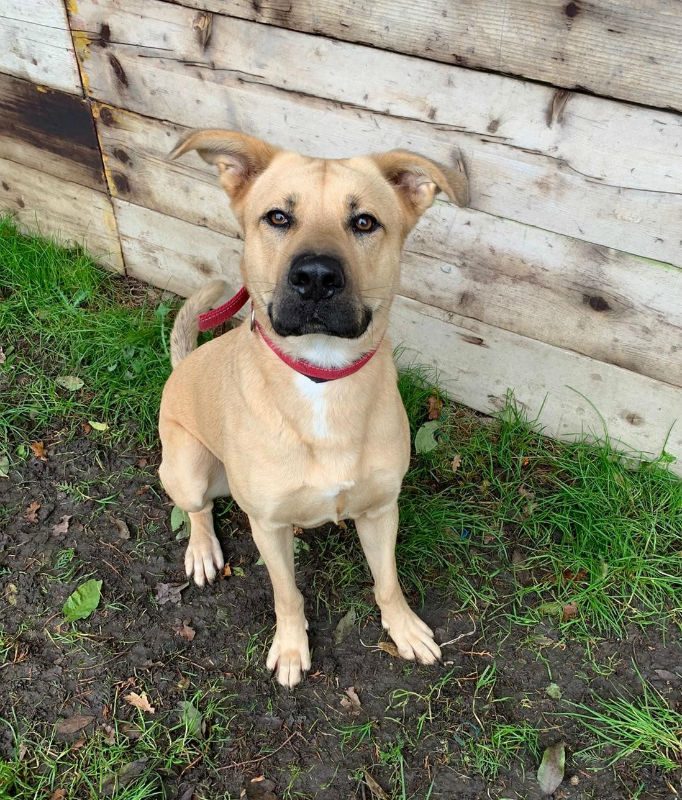 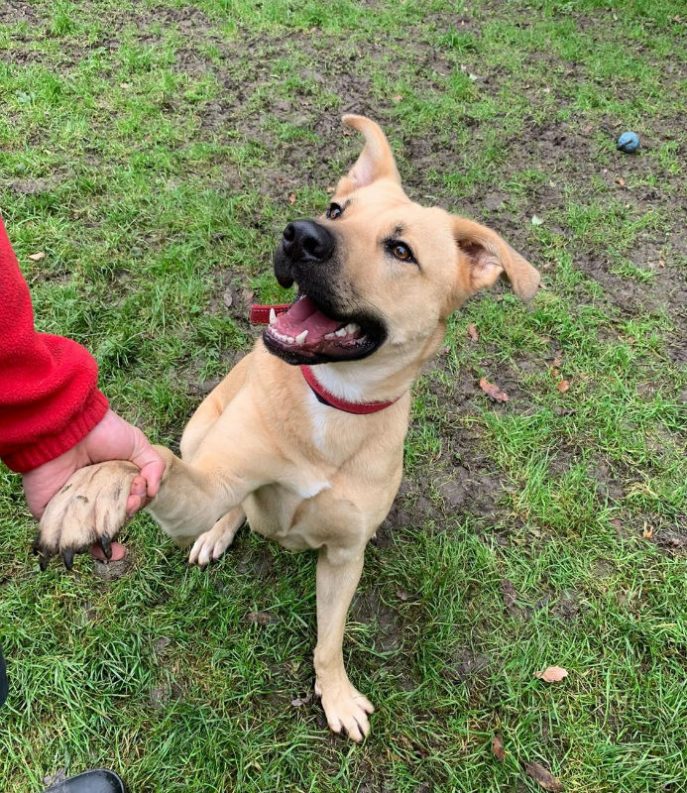 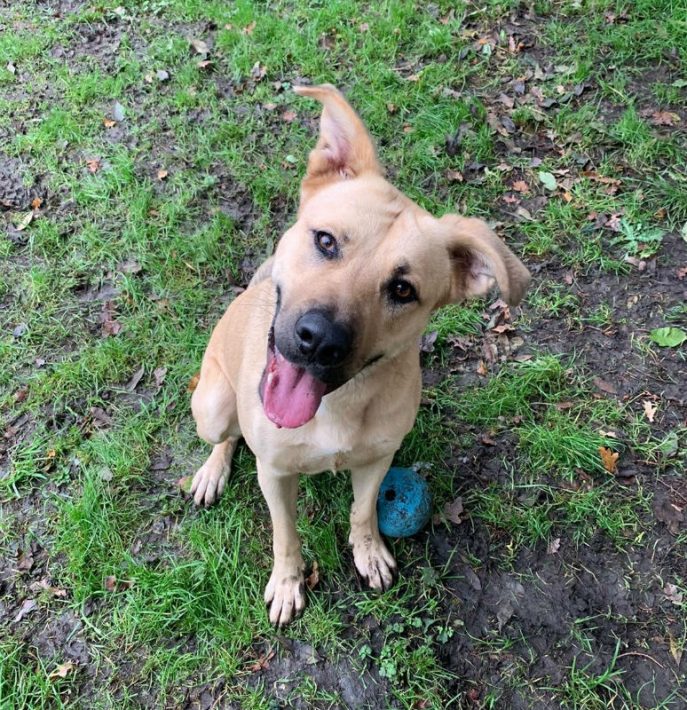 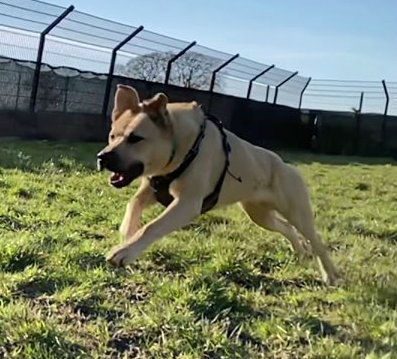 So what can I say about Alice, who was known as Scooby but we decided it didn’t suit her so went back to her original name. Alice was born 3.1.19 according to her microchip. She is spayed and vaccinated. Alice is a GSD cross.

Alice was with another rescue and was rehomed but came back and so we were asked to take her on as she is a high drive young lady. Originally Alice had been taken in by a dog warden and had been in council approved kennels. The kennels say she was never reactive to people, but was not good with other dogs. They described Alice as a large puppy with no training and extremely hyper and active. She had been taken from a house at about 7 months of age where she had been locked in a toilet!

The other rescue had done a lot of work around other dogs, however she would need to be the only dog in the home, and helped her energy levels with toy work. She would mouth and quite hard however the home she went to said she got over exuberant in the evening and broke skin.

Alice has been fine with the staff at the kennels in Essex and loves to play. Out on walks however she was naughty wanting to chase joggers and bikes and cars, however, the kennels have been working on this and she is very much improved. This young lady has really not been given the opportunity of an experienced home yet that can work with her training and boundaries. She not only needs physical exercise but plenty of mental stimulation.

In an active and experienced home and given a ‘job’, this young lady could excel!