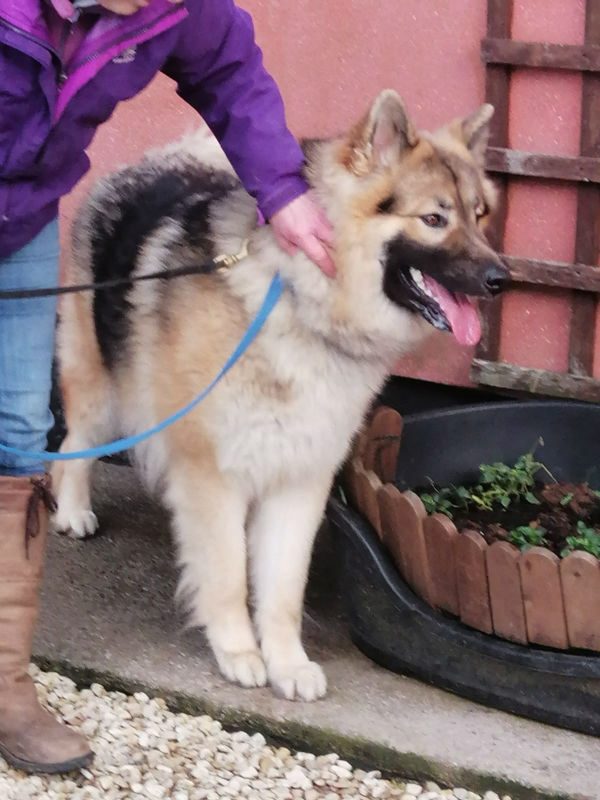 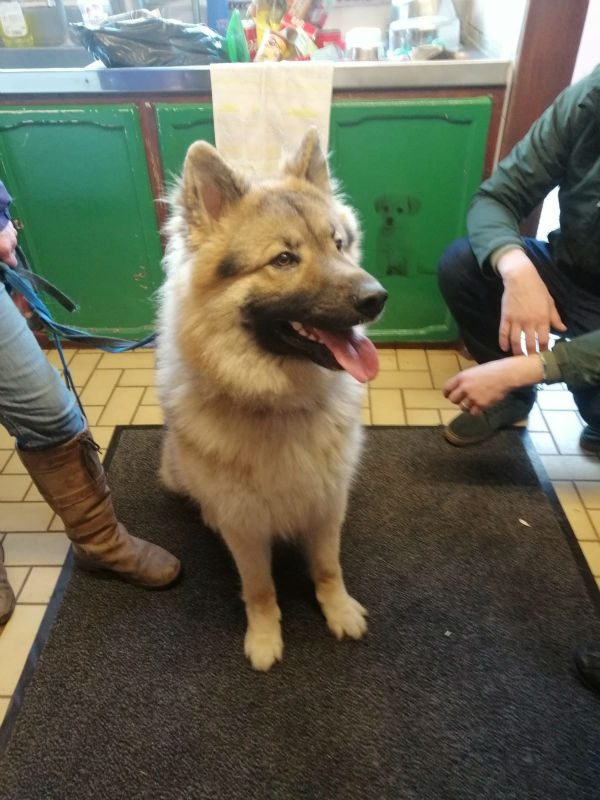 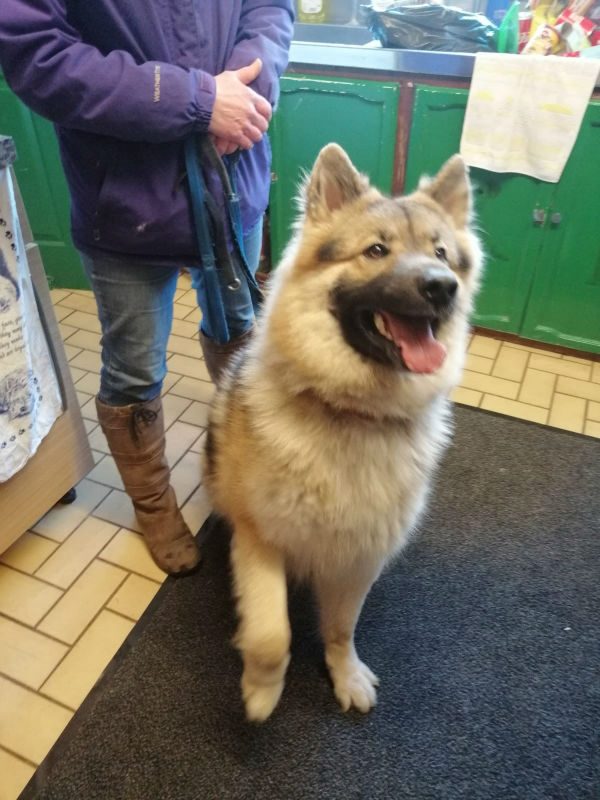 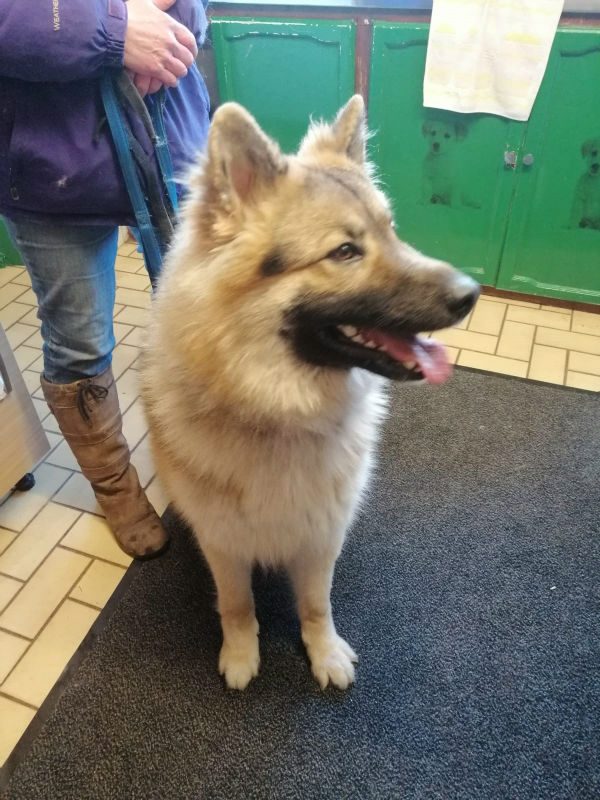 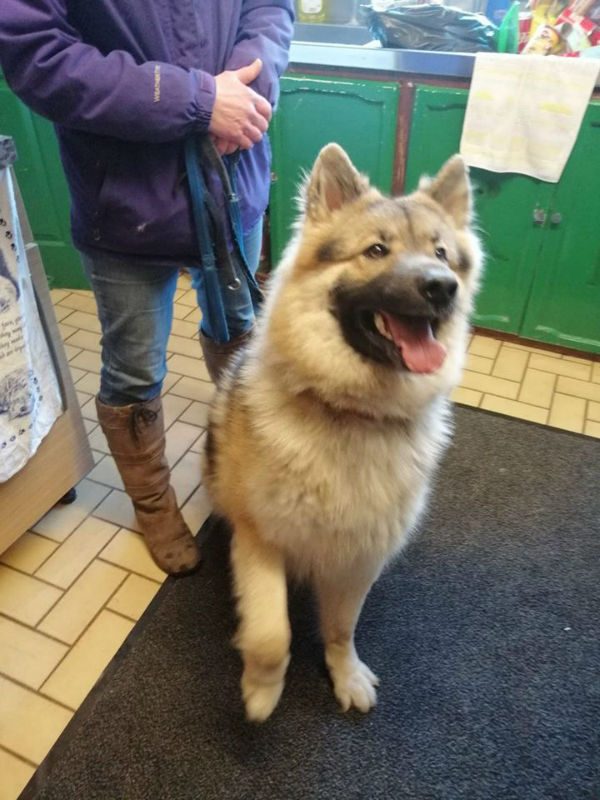 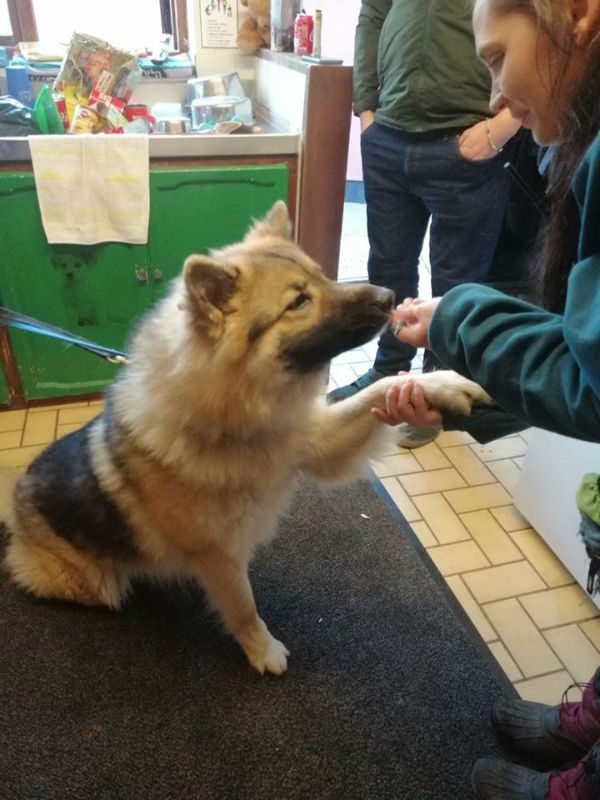 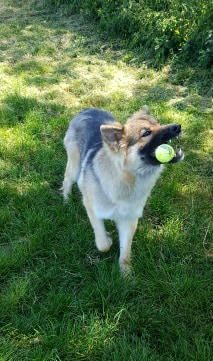 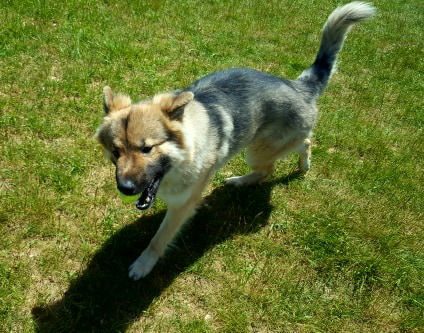 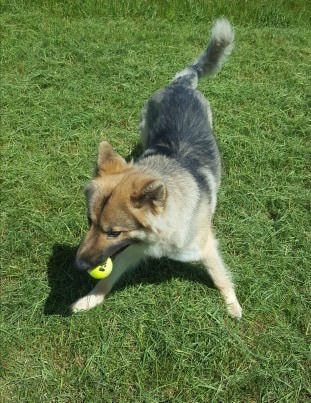 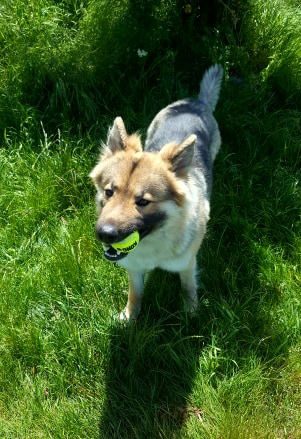 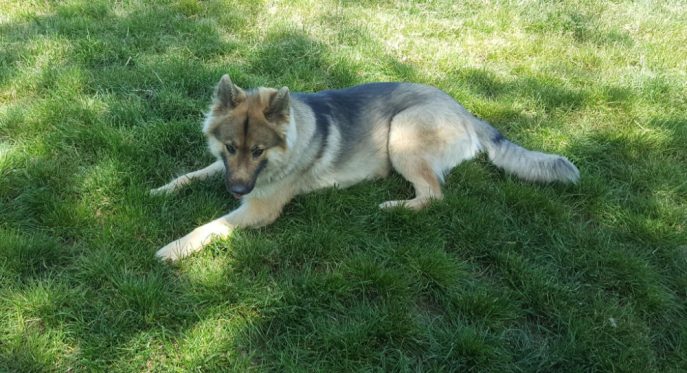 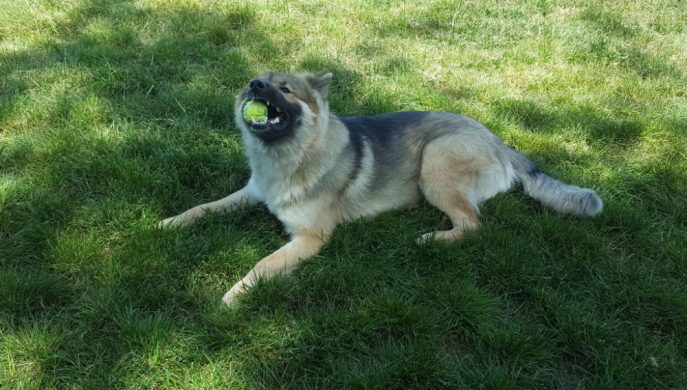 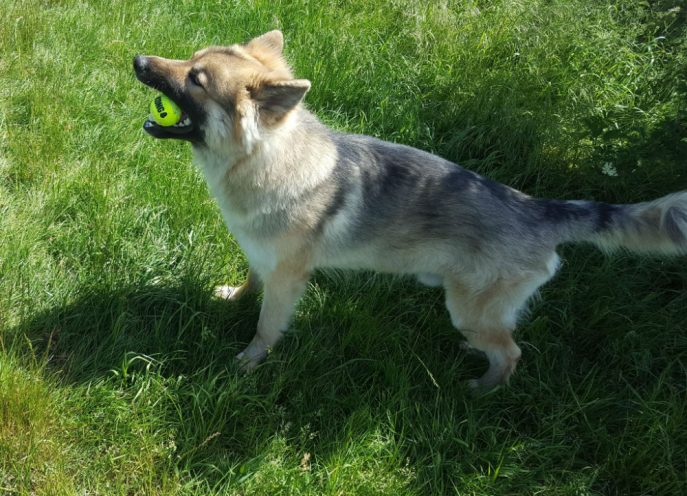 Bear still has some major issues to work through and until such time will stay in the rescue’s care.

Bear was born 4.7.19 and is a German Shepherd cross Malamute. He is now neutered but was microchipped.

We were asked to take in Bear after he had been given away to a man with no experience of the breed and had basically tied him to a lamp post because he couldn’t handle him within a couple of days of taking him on!

Bear’s breeder contacted us as she had been trying to track him down. He had gone to a home who had not given him the training or boundaries he needed and would not let the breeder take him back. Ultimately we had a young hooligan on our hands.

Bear is not deliberately nasty but tries to play with humans like he would another dog, which does involve a lot of play biting and grabbing which obviously can be painful. This is being worked on with the use of a muzzle. The other side of Bear however is a big cuddle monster.

No children for obvious reasons. Bear will interact with other dogs but can get over excited and rough very quickly. He could live with another dog but would need them to be pretty settled so as not to over excite Bear, and have the facilities to separate before this happened. Not small dogs!

This big lad will need a strong, confident and experienced owner to help him through life in the correct way please, and would benefit from a home with an outdoor kennel as well, for time out when he gets too highly aroused.

Bear has come on so much whilst he has been with us and has now found himself the perfect home!