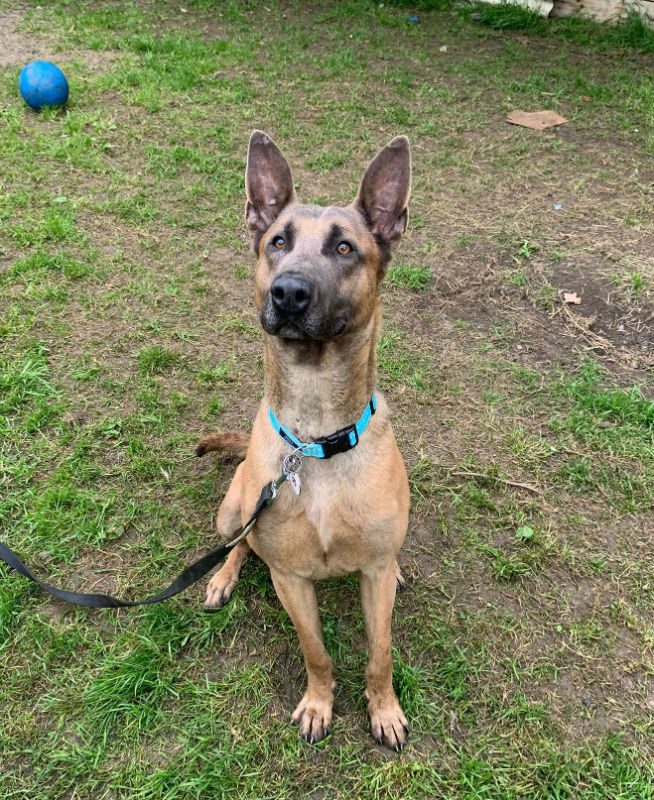 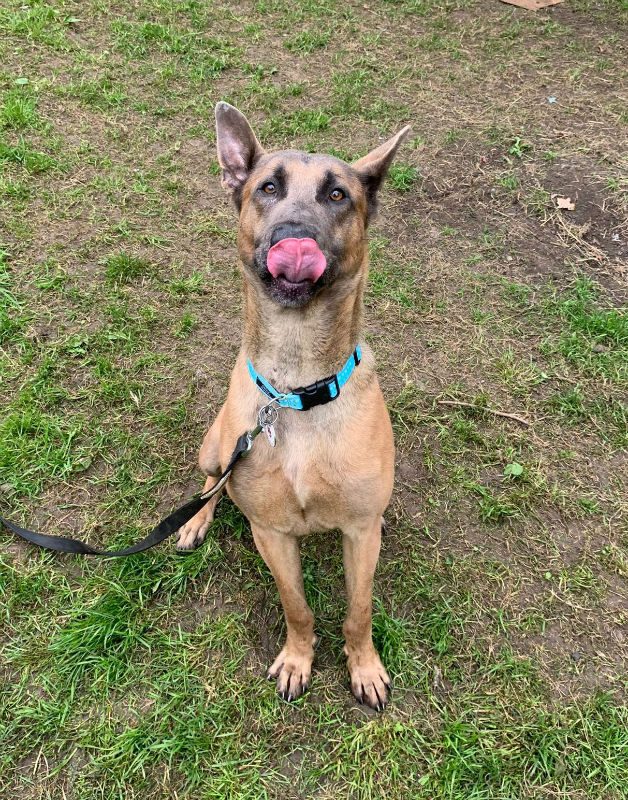 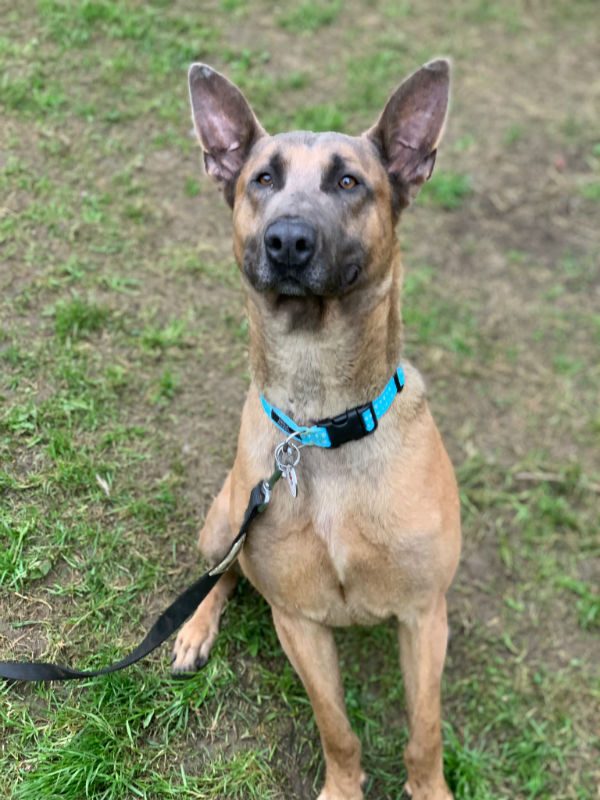 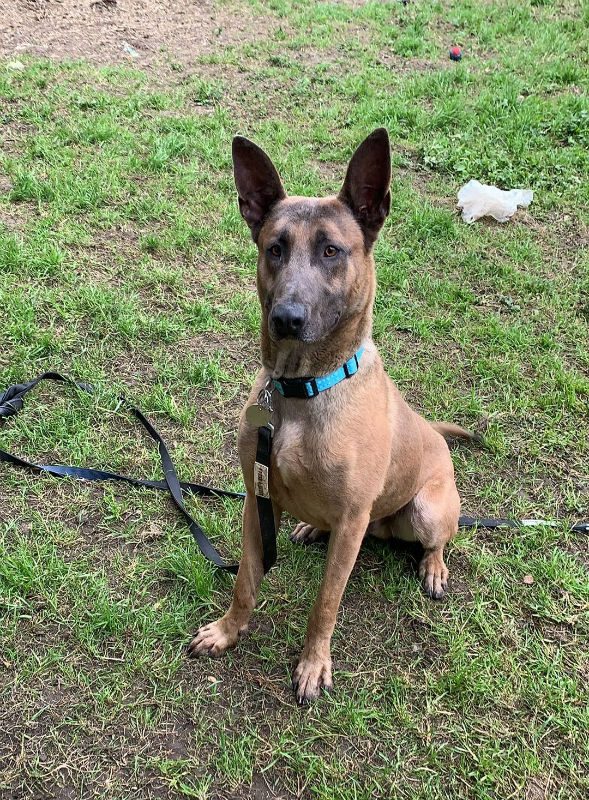 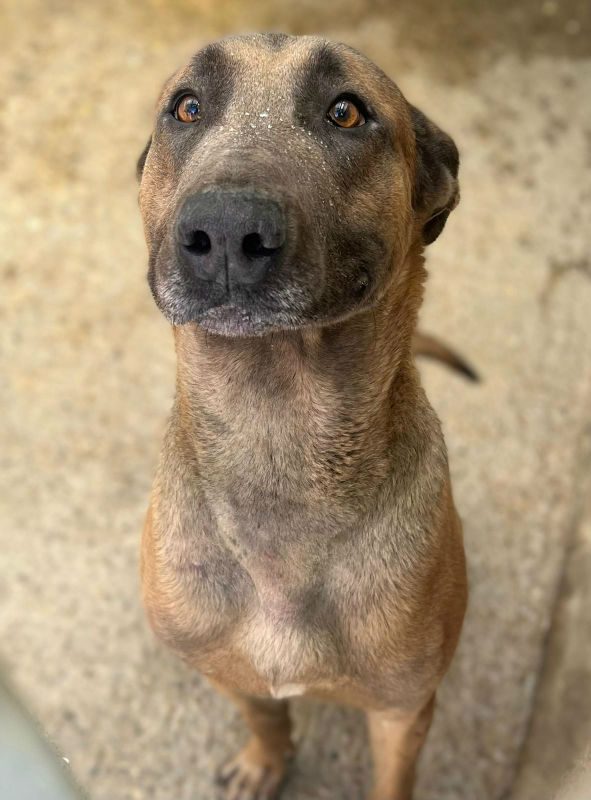 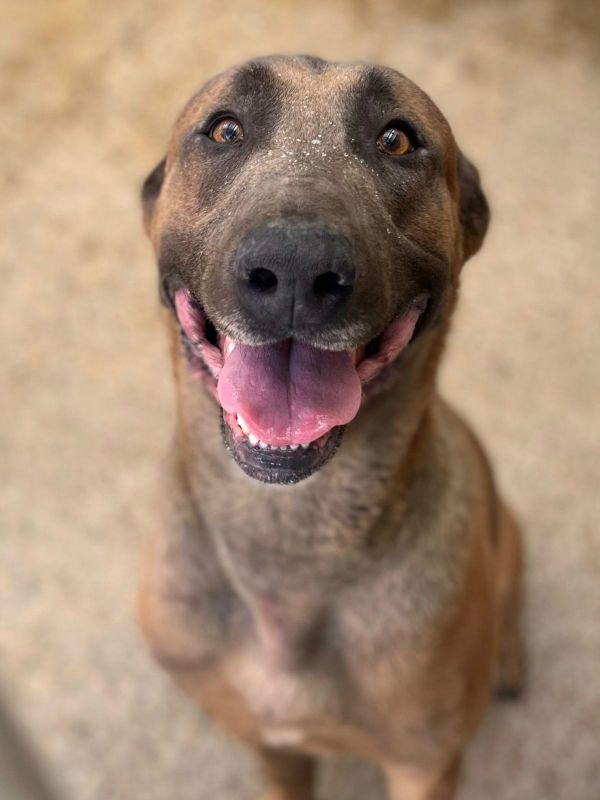 Buster is a Mali cross GSD cross Bull breed we believe who is just 2. We were asked to take him in as he was taken in by another rescue we work with, having done his 7 days. Buster had been chained to a gate and was there for 2 days without food or water we are told. The police had tried to get him but he was giving it large! Our rescue contact went in, told him to shut up and sit down, and Buster was his best friend. He then had to get the chain from around his neck back at the kennels.

Buster is now neutered and is microchipped and his vaccinations are being restarted. He can be intimidating as his automatic reaction in new situations is to look big and brave and make a lot of noise, but quickly accepts people. At present hates all dogs he sees, a no to cats, and not keen on cars going past either so is being worked with.

Buster is going to a need an experienced and confident home to give this lad the boundaries he will need otherwise he may well become dominant and we suspect that may be the reason he was dumped. A special home needed for this special lad.