When We Cannot Help a Dog with Aggression

The hardest part of rescue is knowing when we cannot help a dog and when it is not safe to put that dog out into the public domain. We all know that dogs can suffer from aggression for many reasons, fear, dominance, resource guarding to name a few, there are however other forms of aggression which are not curable because they stem from a congenital or a medical condition. This is when the difficult decision of putting a dog to sleep has to be made. This is never a decision taken lightly and is always discussed with a vet.

Unfortunately, these conditions are also difficult to diagnose 100% as whilst an MRI scan may show abnormalities with some conditions, there are no cures. This means that we have to assess the problem based on the dog’s history and behaviour whilst in our care and identify the signs of this form of aggression. It can be too easy to make an excuse if a dog has shown aggression towards a person, they looked at him the wrong way, she is just protective, but ultimately if there are no identifiable triggers or warning, and a dog makes a sudden and unprovoked attack on its people, this is not, and cannot be acceptable in any way.

Trauma to a dog’s head and brain tumours can also cause sudden aggression and abnormal behaviour as can the development of a neurological problem through illness or injury. The reality is with some of the dogs that come into our care we have no idea of what they may have suffered at the hands of their previous owners and what may have literally been ‘knocked loose’ inside their heads.

The earmarks of idiopathic aggression include:

Although the true cause of idiopathic aggression is still not understood, there is universal agreement that it is a very rare condition, and one that is extremely difficult to treat. Given the failure to find a specific cause, it is quite possible that there are several different causes for unexplainable aggressive behaviours that are all grouped under the term idiopathic aggression.

Some dogs in the midst of an episode may foam at the mouth and twitch, which could be an indication of epileptic seizures. The most common appearance of the behaviour between 1-3 years of age also coincides with the appearance of most status-related aggression, as well as the development of idiopathic epilepsy, making it even impossible to use age of onset as a differential diagnosis.

Another theory is that the behaviour is caused by damage to the area of the brain responsible for aggressive behaviour. Yet another is that it is actually a manifestation of status-related aggression triggered by very subtle stimuli. Clearly, we just don’t know.

Without knowing the cause of idiopathic aggression, treatment is difficult and frequently unsuccessful. The condition is also virtually impossible to manage safely because of the sheer unpredictability of the outbursts. The prognosis, therefore, is very poor, and many dogs with true idiopathic aggression must be euthanised, for the safety of surrounding humans. it is the only humane and sensible option. 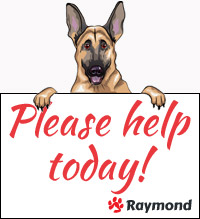 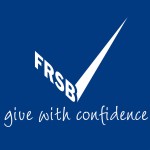 Any money donated goes directly to the dogs we help, so please give whatever amount you can. 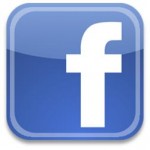