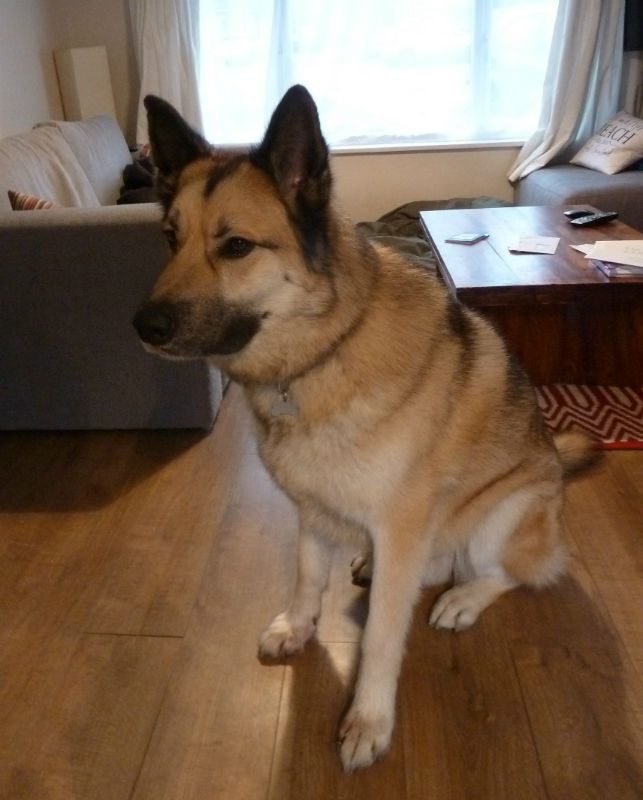 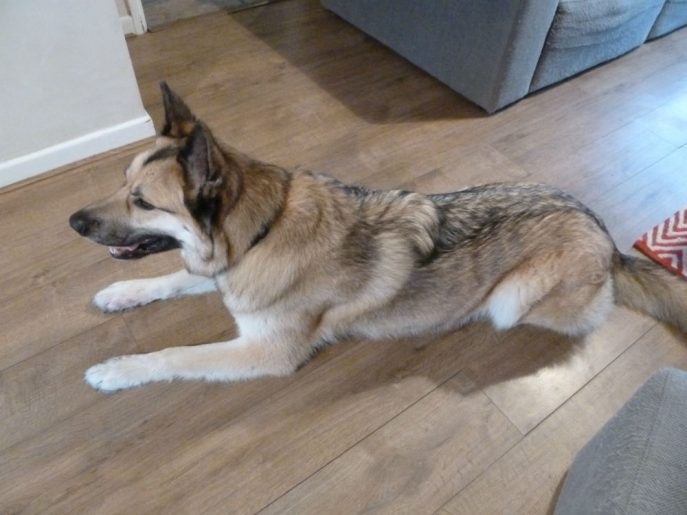 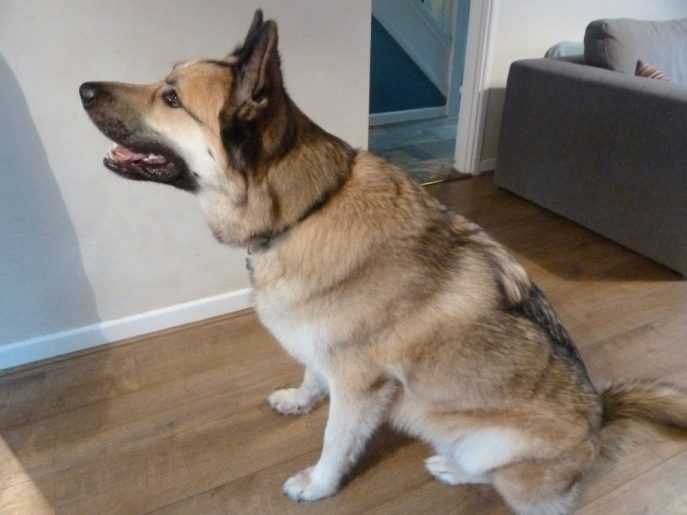 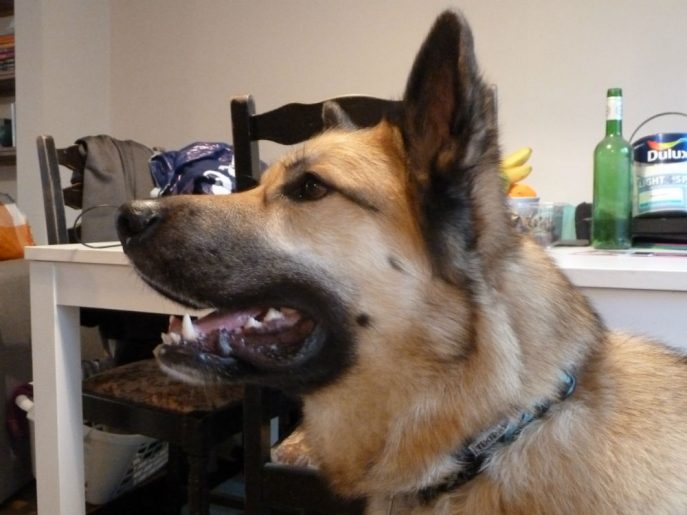 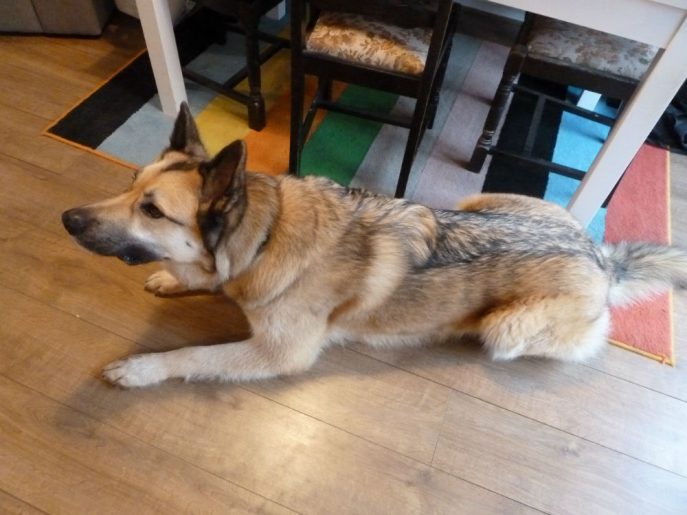 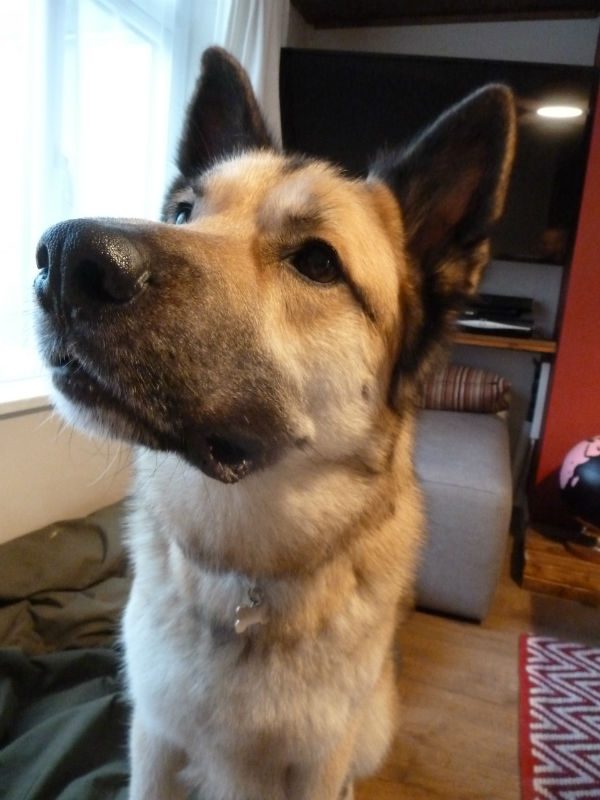 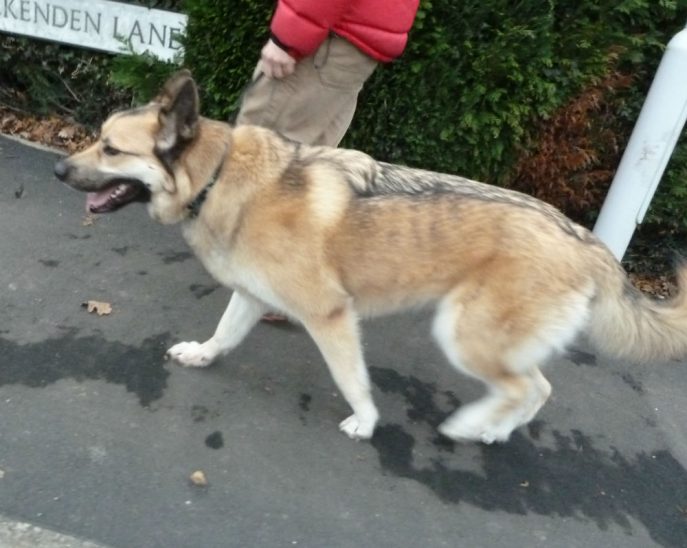 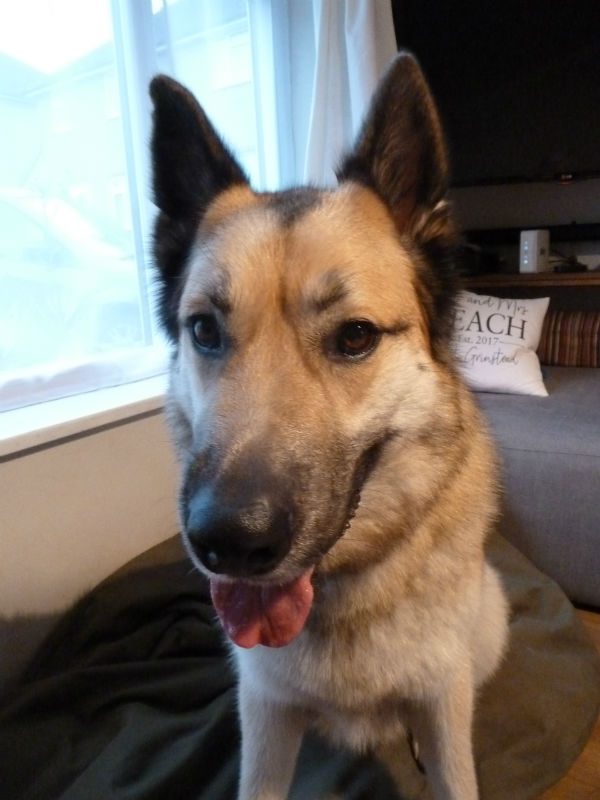 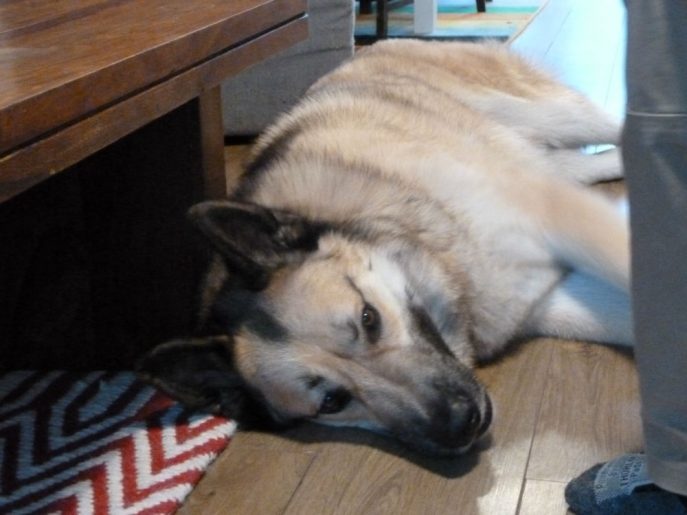 Cooper is a GSD cross Malamute who is 2 years old. He is neutered and microchipped and we are told vaccinated. This is what our volunteer had to say about Cooper after his assessment:

“This is a delightful, lovely natured dog.  He is big (53kg) and strong, with a long flat back.  Despite his size he is surprisingly gently and has, apparently, interacted with children between 6 and 16, who he has been very gentle with.  His temperament is more Malamute than GSD.  However, his response to commands is more GSD than Malamute, luckily!  Very treat orientated and inherently obedient provided you are concentrating on him.  He is in lovely condition now that he is raw fed (digestive problems with dried food when a puppy, and didn’t thrive until his diet was changed).

I walked him on the lead and he didn’t pull provided I concentrated on him.  He ignored a small yappy dog and didn’t bat an eyelid at a small child screaming near him.  He was quite laid back out and about.  I felt very safe with him despite the fact that he weighed the same as me and could have pulled me over quite easily. His owner is expecting a baby and Cooper has become protective of her since she became pregnant.  As a result, she has lost confidence in him and is afraid of being pulled over now and in the future when she would be walking him and a have baby in a buggy.   She currently walks him with a Halti and a muzzle.

Cooper needs a confident and strong owner who will give him the boundaries he needs.  He is loyal and loving but needs more attention than he currently gets.  He is very responsive and listens to what you want – usefully, he is very treat orientated.  I would suggest that he needs space too as he is a large lad who is enthusiastic and quite vocal.  He doesn’t bark for no reason or incessantly but does like to be noticed and join in the conversation.  He was very involved when I was talking to his owner and didn’t want to be ignored! “

Cooper’s owners are keeping him.