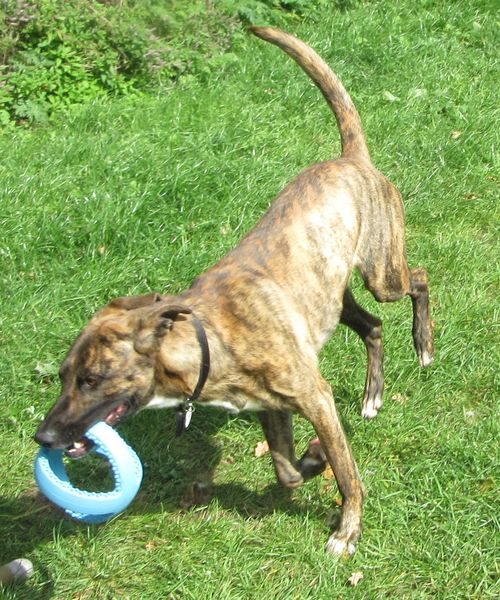 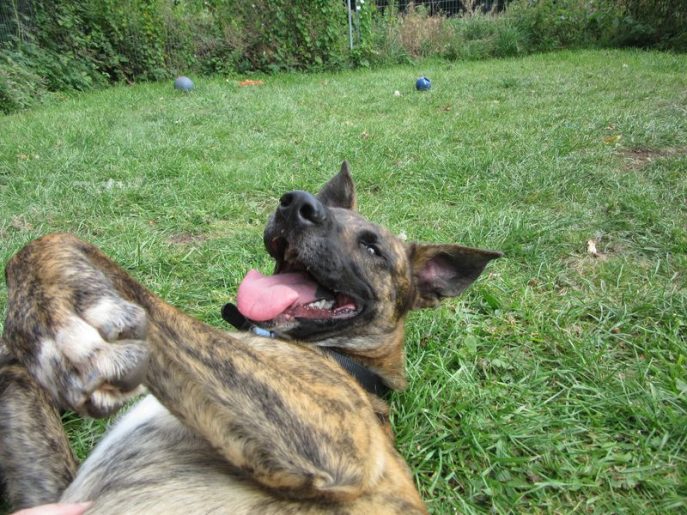 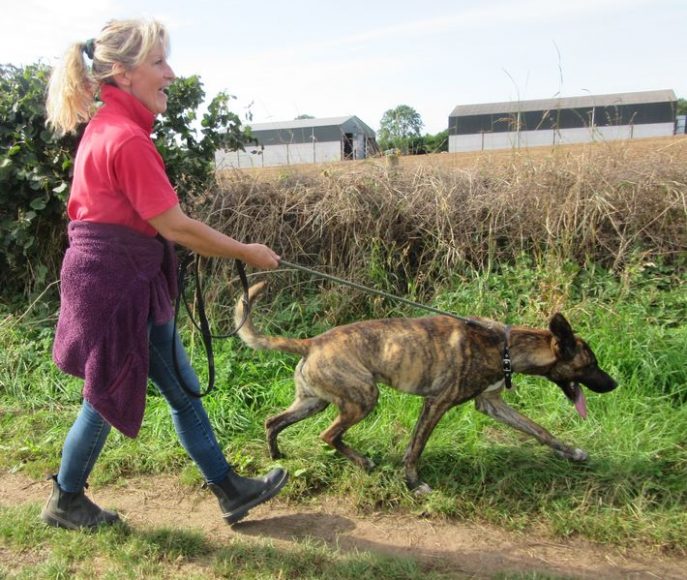 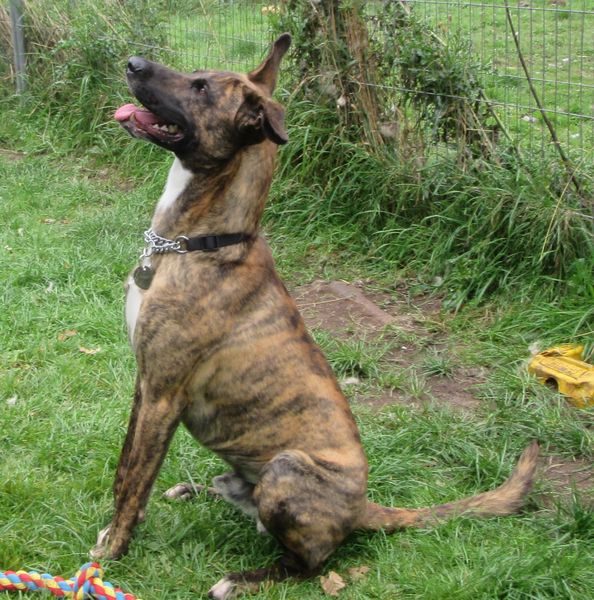 Meet Dennis who came to us from the pound. We are told he is a GSD cross Herder. Dennis is 2 years old. He is vaccinated, microchipped and neutered.

Here is what his Aunty Rachel had to say about him.

“Dennis came to us from the pound and when he arrived he was quite a nervous boy. He quickly settled in and he’s a pleasure to be around.  Due to him being nervous he was a little barky around the other dogs but since he’s been introduced to them properly he seems to be doing ok.

He loves people and he’s very fussy. He may suit a family with older children as apart from us having no history he’s very big and bouncy and may knock a small child over.

He isn’t cat tested as we are unable to do this but we would probably say he’s a no to cats anyway as he does have a high prey drive.”

Dennis walks well on the lead and he has ignored cyclists and joggers whist out and also a yappy terrier. He is a little nervous when out on his own but this has been dealt with by ignoring his fear and allowing him to find his own feet. Dennis is fine with food and toys and has shown no unwanted behaviour at all since being with us.

Dennis is ace, everyone loves him. He’s a big goon and has no issues with food or toys etc. He’s been fine with everyone he’s met. He did go into foster but started with jealousy issues with the resident dog then he went on to guard the house when visitors came and did snap a few times.

Dennis will need an experienced home that can deal with his protectiveness and work with him to understand he can just have fun and be a dog. Would suit a very active home because of his breed.

Could you offer this lad the start in life he has missed out on?