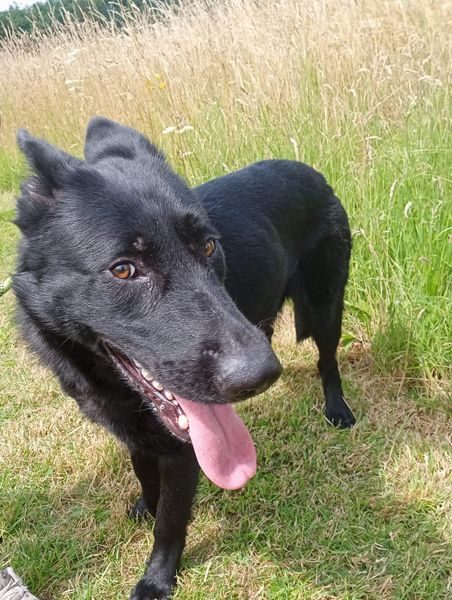 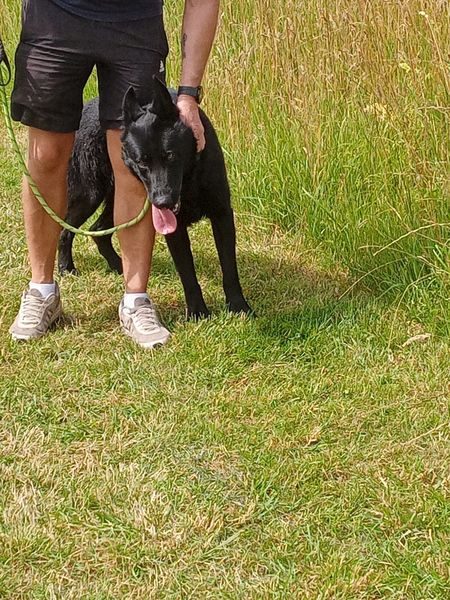 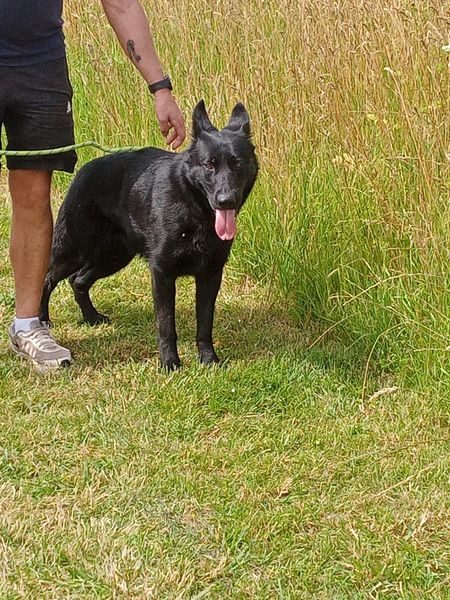 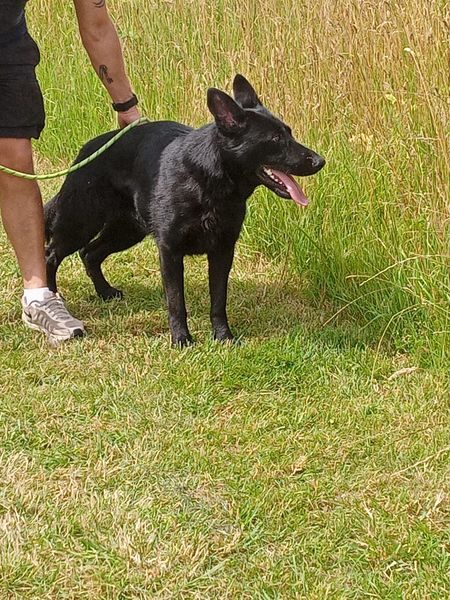 A while ago we were asked to take in litter sisters, they were picked up by the dog warden and never claimed.

Both girls arrived and they were terrified of the world and everything in it, it’s fair to say that they were feral.

They relied totally on each other so eventually we split them up and it was the best thing for both of them as we could begin working with them as individuals.
The girls are aged at approx 18 months old and both are beautiful, they are chipped, fully vaccinated and as yet we have seen no season.

Both girls have amazing temperaments and even though we have put them in some scary situations never ever have they shown any aggression, they adore people.
So far we have introduced them to various day to day things and they have been great, the hardest hurdle for them both was for them to do things on their own instead of a pair but in all fairness they have done it.

It was obvious that they had never been on a lead as they spun and pulled away but now they accept this and although they do still pull they are much better.
Both girls were and still are very nervous around traffic, one is worse than the other but it’s work in progress and we have been taking them to the top of the drive to just see some vehicles go by and daily they have gone just that bit further.

Today with the help of Julie and her fabulous Benny the girls have been for a walk separately, we had a few nervous wobbles but to say I’m pleased with them would be an understatement. They saw cars, vans and even sniffed a dustbin lorry after walking past two guys wearing full high viz, such brave and clever girls!

So, let me introduce you to Jetta & Ebony who are just about ready to be put up for adoption to the right people with the right home. Both girls ( rehomed separately of course) would benefit from living with another dog – ideally a calm neutered male as I’m sure with the correct introduction they’d be fine.

The girls may need to be housetrained but again if they have another dog to show them how it’s done ( and where it’s done 😉 ) it will be an easy enough job. They are a no to cats and also a no to young children as we have no history but older kids should be fine.

Anyway enough of me rambling on just have a look at these beauties!!