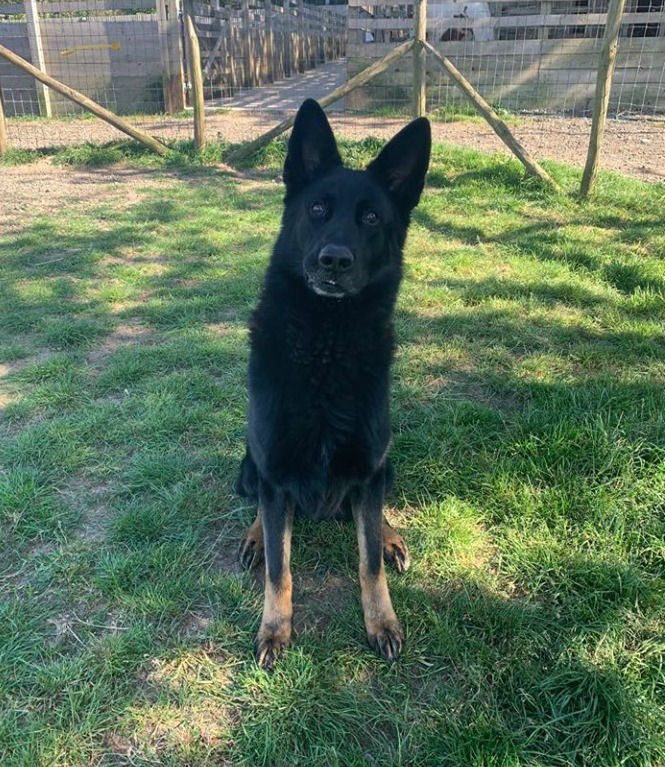 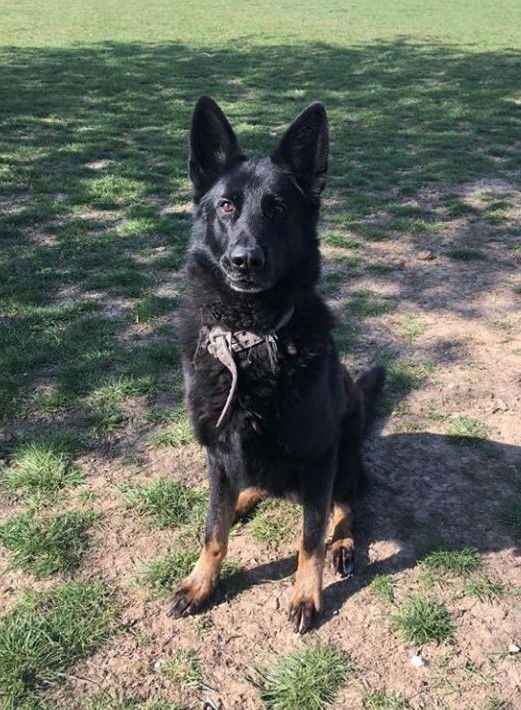 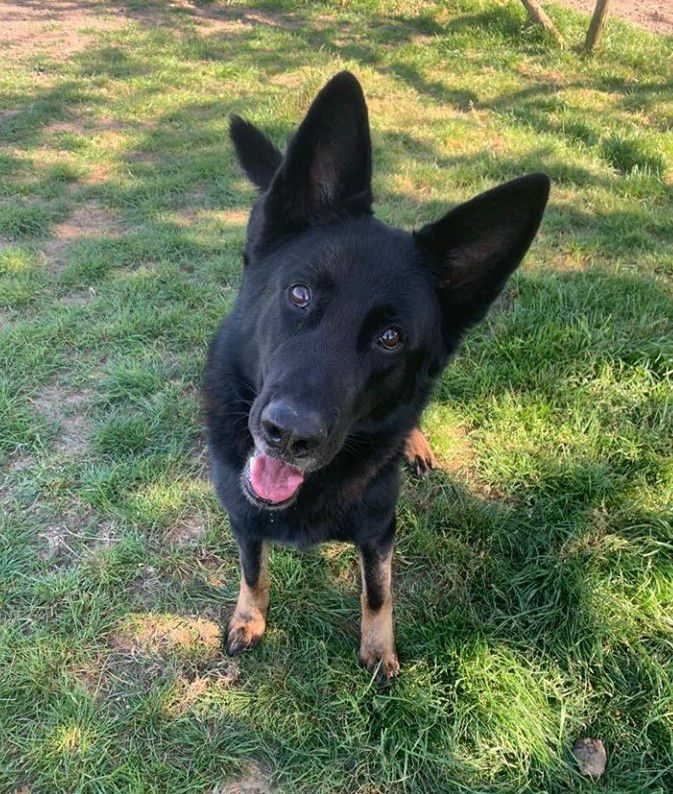 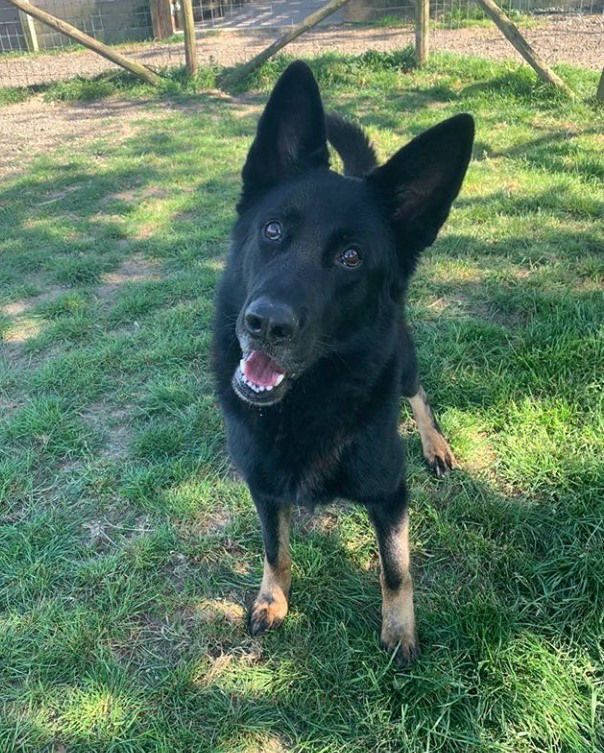 What about this handsome lad, Forest? He is 4 years old and was neutered and vaccinated before coming into us. He is also microchipped. This is what we were told:

“Forest is 4 years old Male entire( due to be neutered) and start vaccines again. His owners used us for boarding with Forest and their other dog. His owners split and she took the other dog leaving Forest alone in the garden or in the flat while owner was at work all day. Since being on his own he barks a lot at the other dogs but has got better since being here( we can walk him past other dogs and he doesn’t react) so I think there is a possibility he could live with a bitch. Getting him in and out of the kennel is fine, he gets very excited and noisy and will do a spin around you. Walking him, he is good on the lead can be a bit pully at times but on the whole a good boy. Out in the field he loves it, loves running for a ball he seems to return them to you when you have another ball in your hand for him. His recall is amazing before you’ve finished calling his name he’s already at your feet looking for his next instruction. In the kennels he is clean so will hold himself until he goes out. He can be a picky eater but we have him on Arden Grange adult and he seems to like that. He has also had advocated and drontal.”

What more needs to be said!

Forest has been adopted.