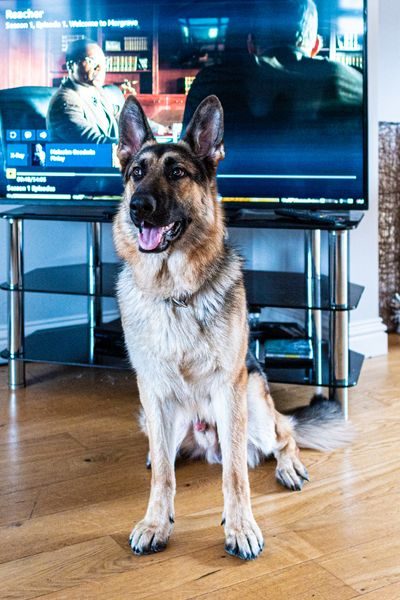 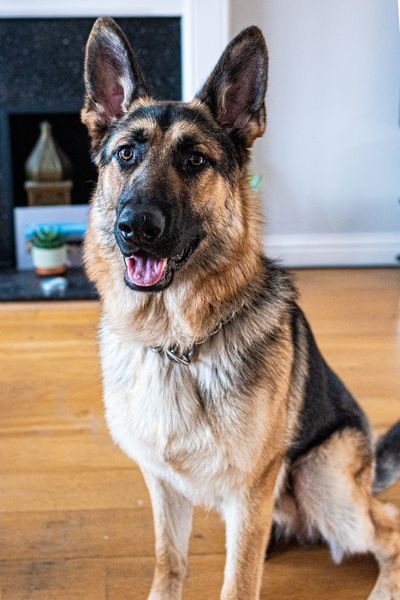 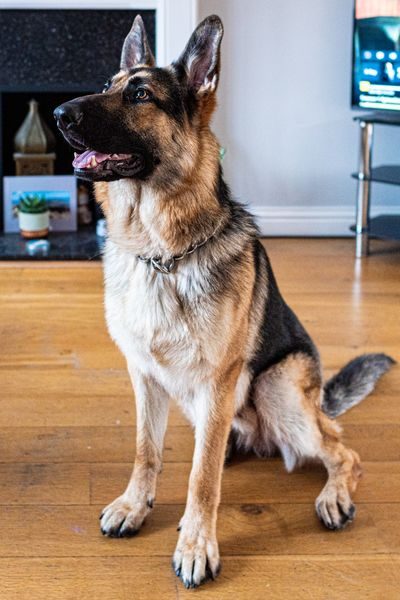 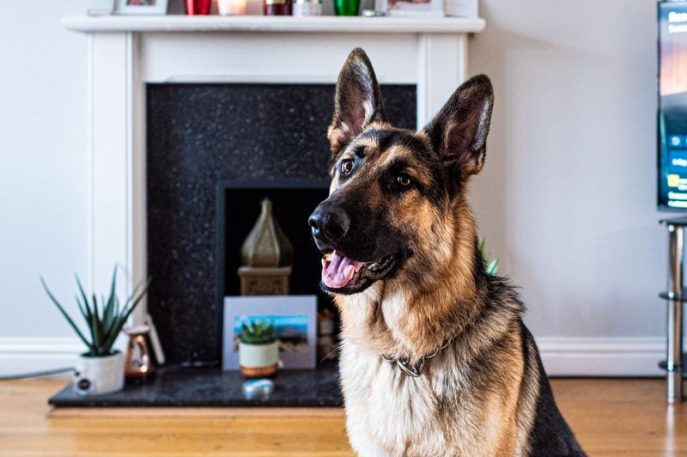 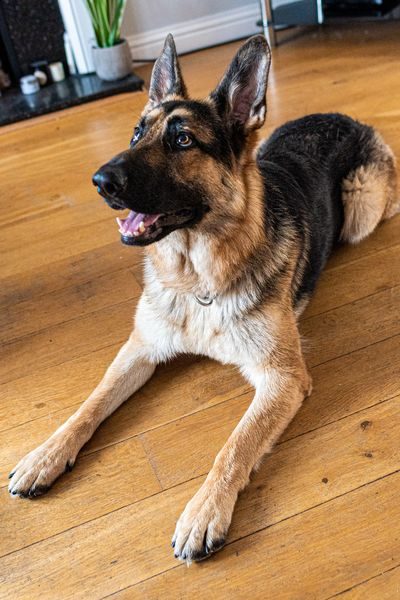 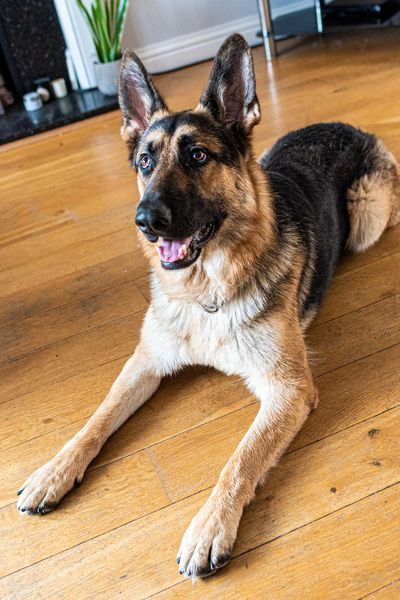 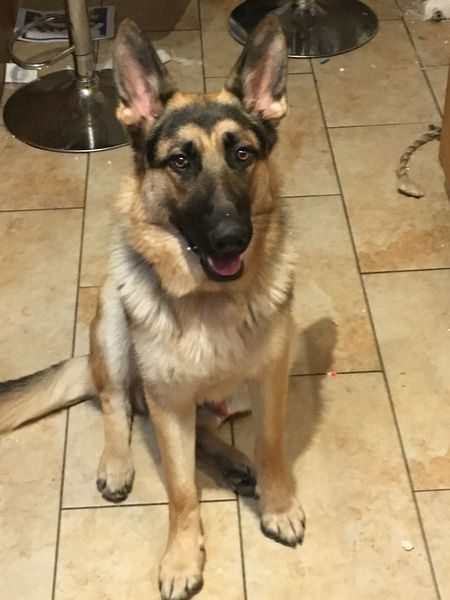 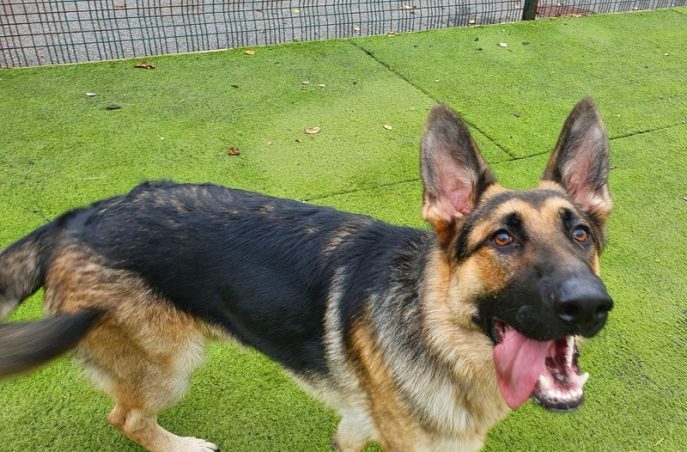 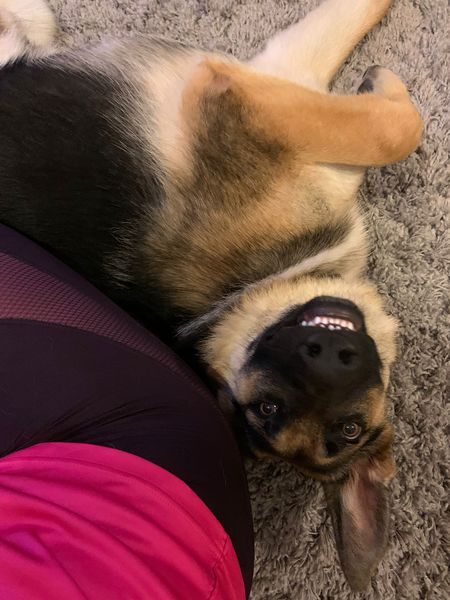 George is available for adoption through GSRE – this is what his current owners say about him.

George is a 1-year-old, male, semi haired, black and tan German Shepherd. He is not currently neutered but is vaccinated until May 2022 and he is microchipped. He has no known food allergies and no disclosed medical issues. He is fine during vet visits.
George is being rehomed through GSRE after an incident involving two small breed dogs that were injured by George. The owners reluctantly feel that rehoming him is the best option as this incident has left significant friction between involved parties and their community.

George is very selective with other dogs. He has been introduced to dogs from a young age and has taken part in 12 weeks of adult training classes. He is a young and boisterous dog which can lead to issues – some dogs cause him to react whereas others he interacts with very well. He is a no to cats.

George is good with young children and is good travelling in the car. When people or deliveries come to the home, he gets excited and jumps up (no aggression). He will bark when excited or if he sees another dog. He can be left for five or six hours but may chew.

George lives indoors and is house trained. He has been with his current owners since he was 8 weeks old. He is no problem walking on the lead and has a recall if no other dogs are nearby. He knows commands sit, down, paw, stay and leave. He does not show possessive tendencies over food or toys.

George is a very happy and playful dog that likes attention. He loves his treats and toys and doesn’t mind sharing them with people. He is not bothered by loud noises or fireworks.

George has been adopted.