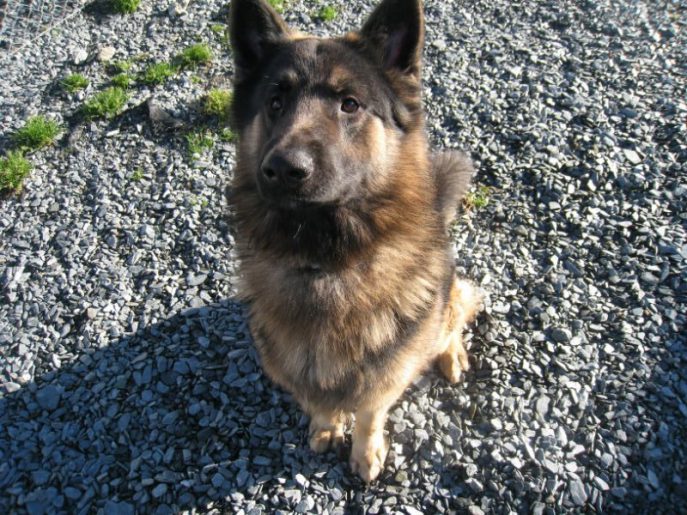 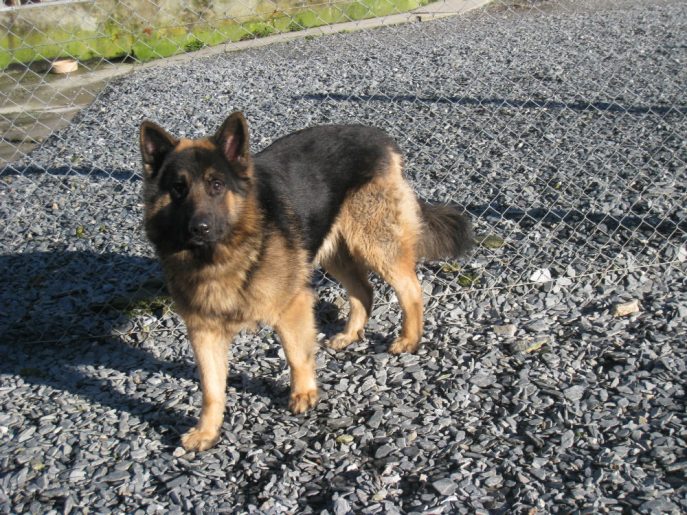 Kaizer did go into a home on a foster basis and sadly after a couple of weeks, it seems he had an ‘episode’ and for no reason grabbed foster dad’s arm quite badly. This has also occurred once since being back at the kennels but fortunately the kennels were able to preempt the change in his body language. Kaizer is being closely monitored and worked with.

This is his original write up;

“May I introduce Kaizer who was born on 18.2.18. He is currently entire and vaccinations need to be restarted, but he is microchipped.

We were asked by the police to take him in as he had been ceased as a welfare case and asked us for our help as they do not have the budget for seized dogs so his only other option would have been pts. No young children as we do not know his history. Has ignored other dogs at the kennels. This is what the kennels have to say about him:

“ Kaiser is a big strong lad but has a lovely loving side to him, and by jove he so wants to bond, looking for leadership and really doesn’t want to go back in the kennel after running in field or just out with us, he is mouthing at that time only. I think he spent so much time locked up away from humans and hasn’t yet had time to realise we are not leaving him for long, the excitement he gives us on return is so loving and at present very exuberant. He really is a CRACKER, stunning looking lad.   He needs kind but firm training he will reward his mum or dad with such a lot. We are trying to interest him in toys but not yet playing. Don’t think he has ever had any, didn’t even know what to do with a Dentastix, but its early days.””