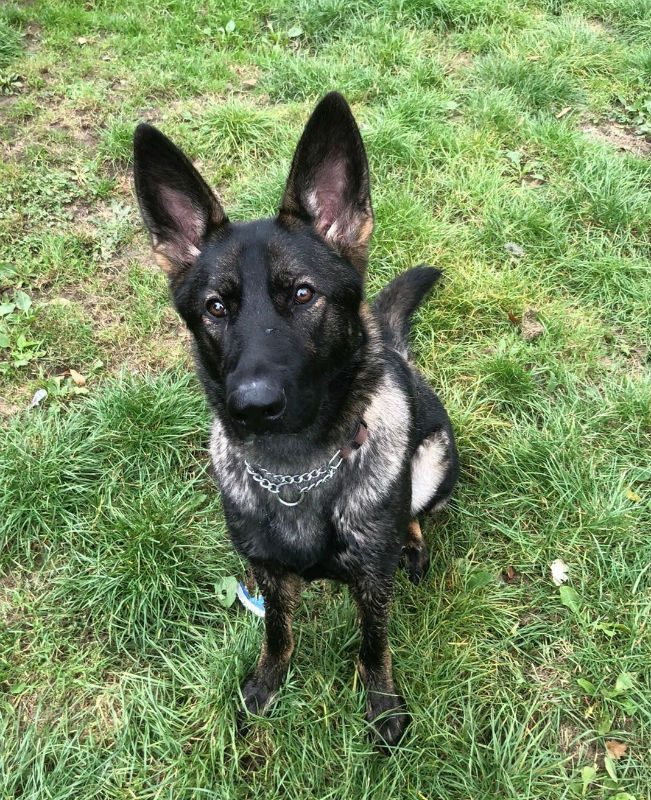 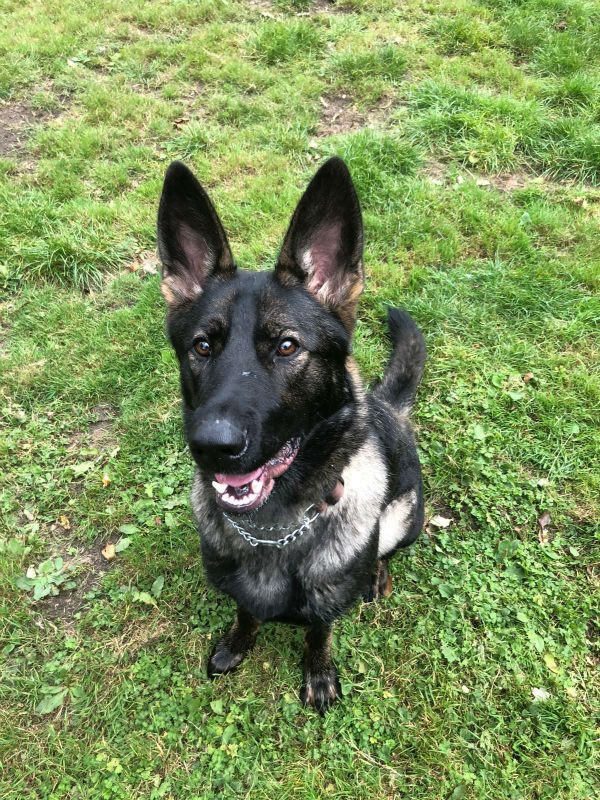 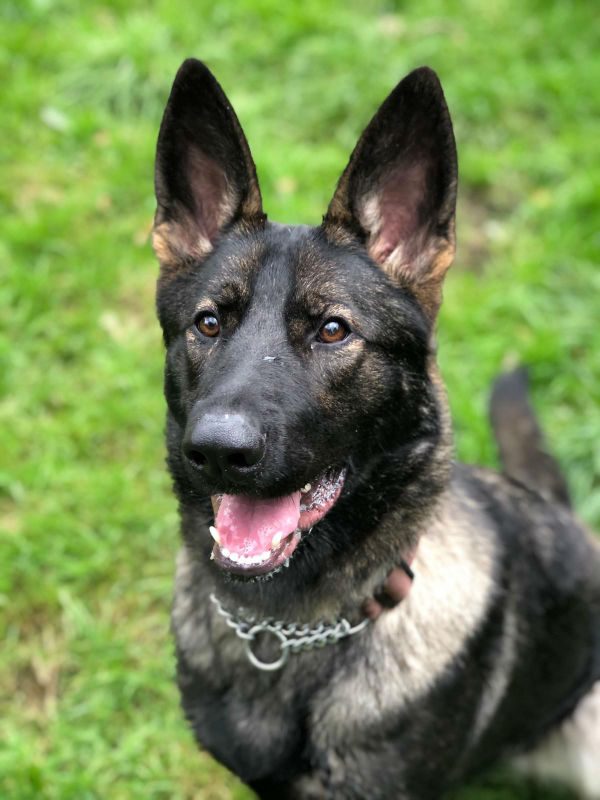 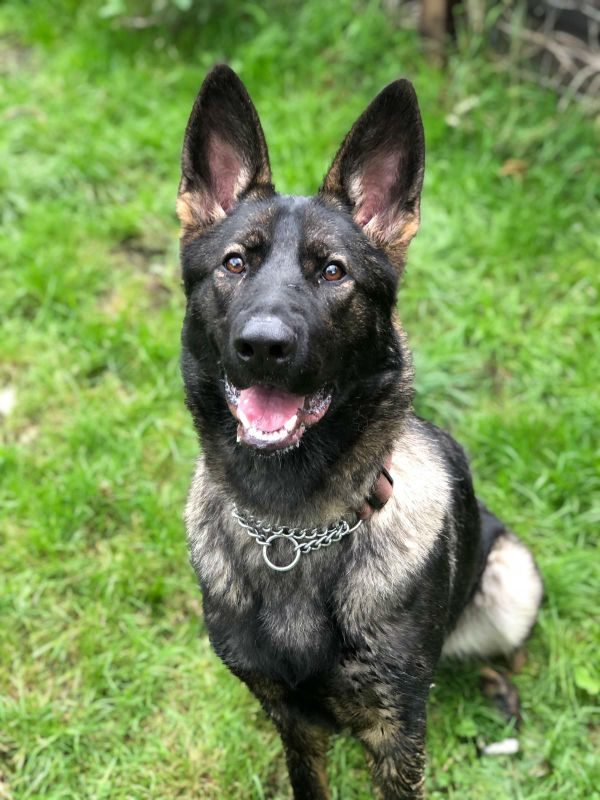 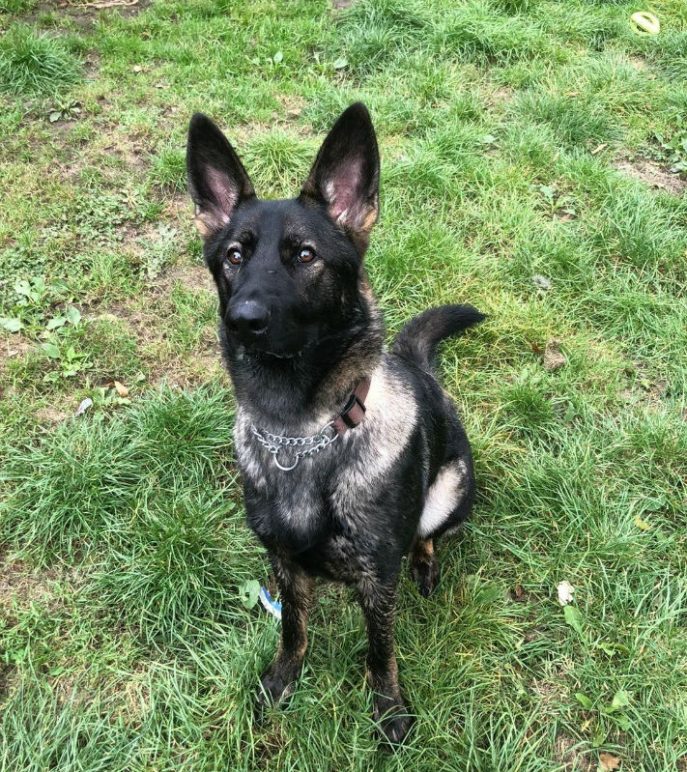 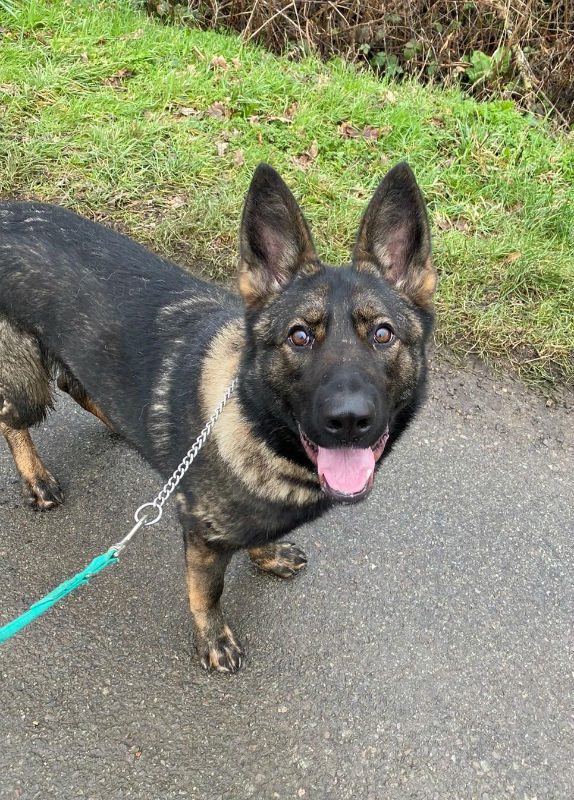 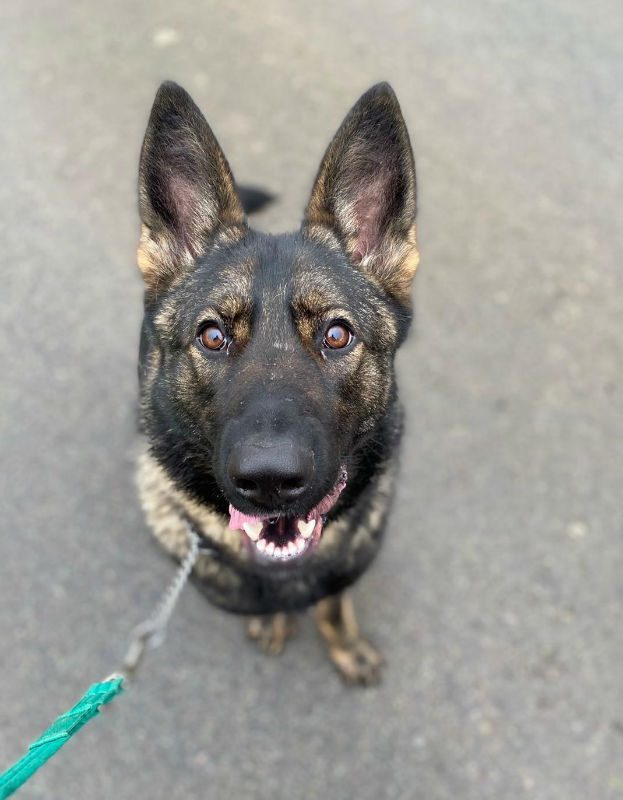 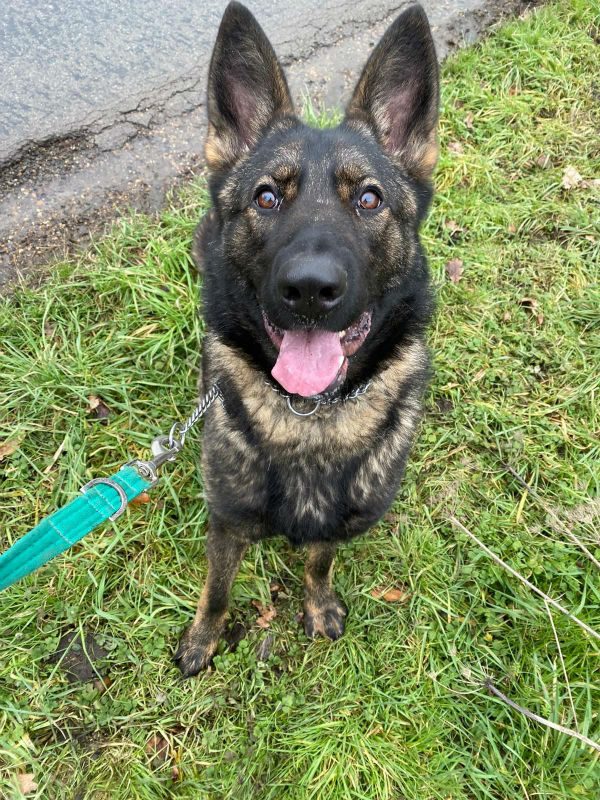 May I introduce the rather stunning Lexi. She is only about 18 months old. She is microchipped and vaccinations have been restarted and spay planned soon.

Lexi came to us after Devon and Cornwall Police seized her from a home where she was living in a bad situation, being advised that she had bitten numerous people. In the kennels they could not find any aggression in her however, just a lively, energetic and sharp young lady.

No young children due to having no real history. Have not seen any major reaction to other dogs but no cats as she does have a high prey drive.

Lexi would suit a very active home that would give her a job such as agility, to keep her mentally stimulated as well as physically exercised!

Lexi actually went to a prison to be trained as a prison dog. She was doing amazingly well however a couple of weeks before she was due to be licensed, she decided she did not want to do any bite work on the sleeve. However another prison took her on and managed to get the bite back so Lexi is now officially Prison Dog Lexi.