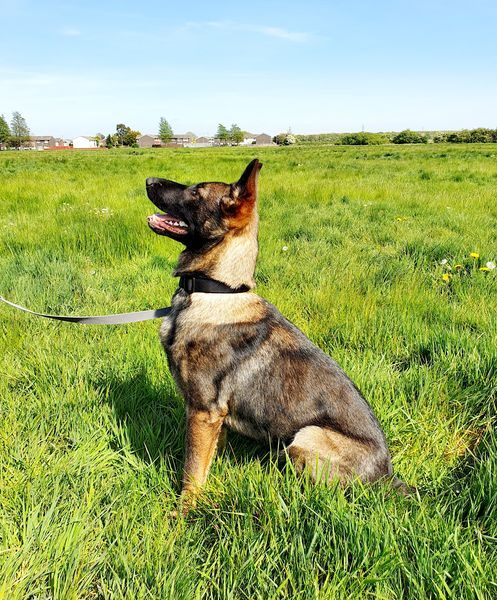 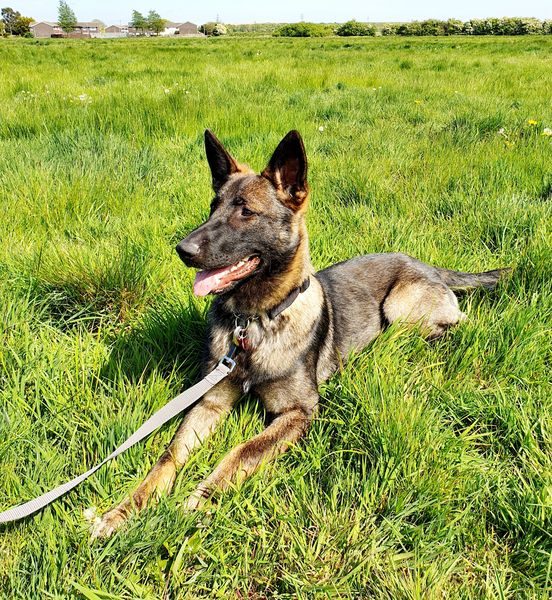 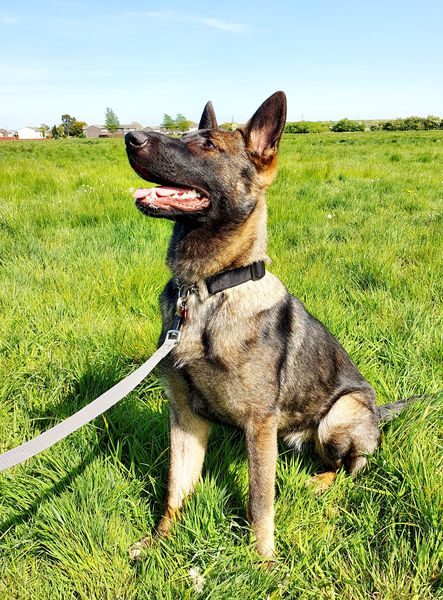 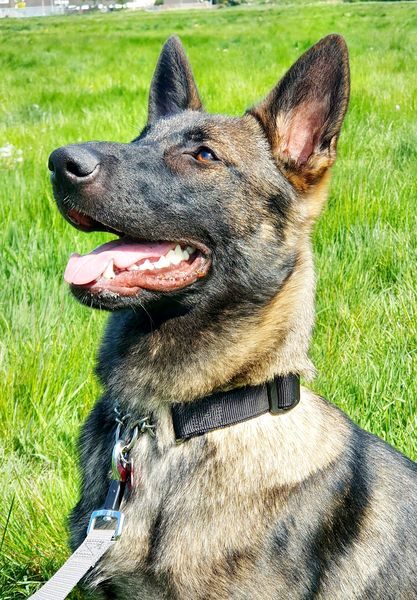 Luna is available for adoption through GSRE – this is what her current owner says about her.

Luna is an 8-month-old female, black and sable German Shepherd with short hair. She is entire and has not yet had her first season. She is micro-chipped, vaccinated and flea/worm treated. Luna’s owner believes that grain upsets her stomach so she currently eats AVA hypo-allergenic dry food. Luna has been in her current home since she was 3 months old after being bought from a breeder where she was living outdoors.
Luna is being rehomed as her current owner believes thar she will be better off in a home without children. She can be nervous of meeting strangers and becomes anxious around the resident child’s friends. The owner believes that Luna needs an experienced home with a strong personality as she can ‘react’ to nervous people.

Luna is described as being fine with the current owners 6-year-old child (who lives in the home) but not with other children. She is selective with other dogs when out and about, she will lunge and bark at them, although she has been living with an older greyhound for the last 5 months without issue. She does not get along with the neighbouring dog and will bark and try to gain entry through the fence. It is not known what her response to cats or livestock would be as she has never met either.
Luna has not bitten anyone but has snapped at someone’s hands when they reached towards her – she is described as growing nervous of unwanted contact. She does not react to loud noises as she came from a kennels which is close to a firing range. Luna has not shown any aggression over food or toys and is described as being treat/food motivated.

Luna is good when travelling in the car. She is described as being kept indoors primarily and is housetrained – she will go to the door and rattle the keys to be let outside. She walks slightly ahead when on-lead but will pull if she sees another dog. She has a selective recall if around distractions. She knows sit, wait, down and touch (nose to hand). She is muzzled when at the vets due to not being comfortable with strangers.

Luna is currently being left in a crate when the owner goes out for up to 7 hours.
Luna was crated when the assessor first arrived but when let out, she just sniffed and didn’t make a fuss. The assessor believes she will benefit from being in a quiet home that will commit to her training and socialisation.