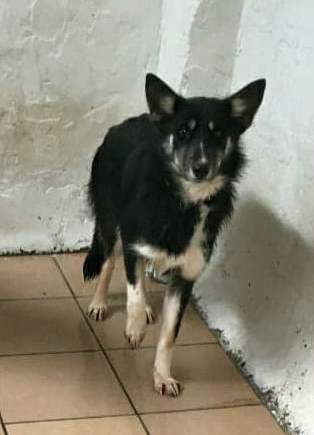 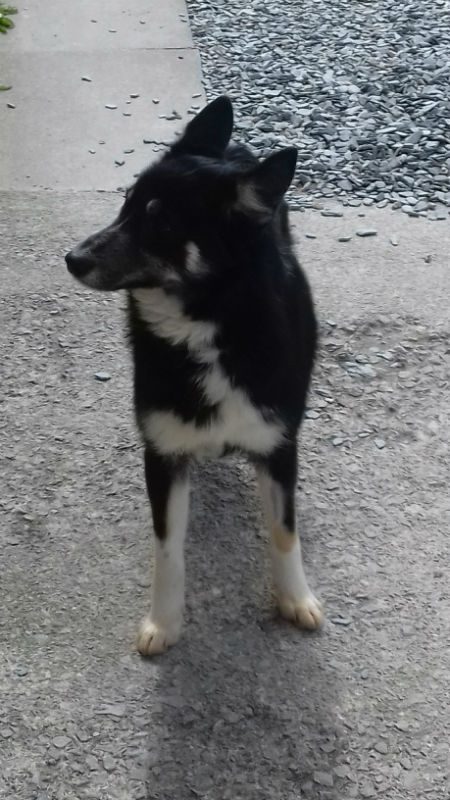 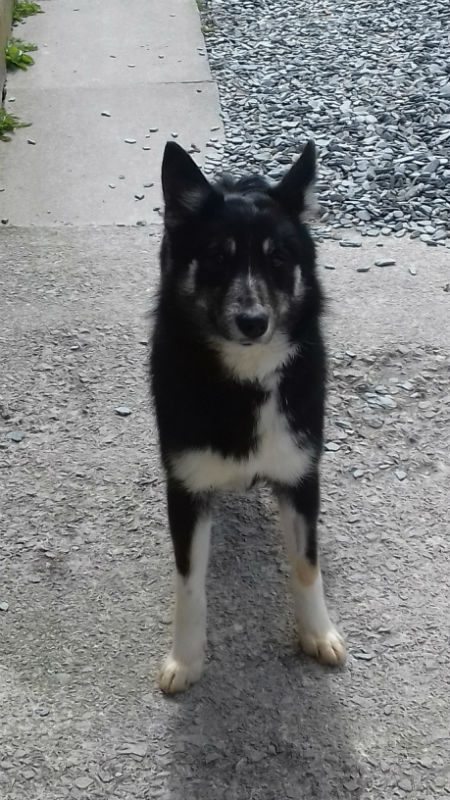 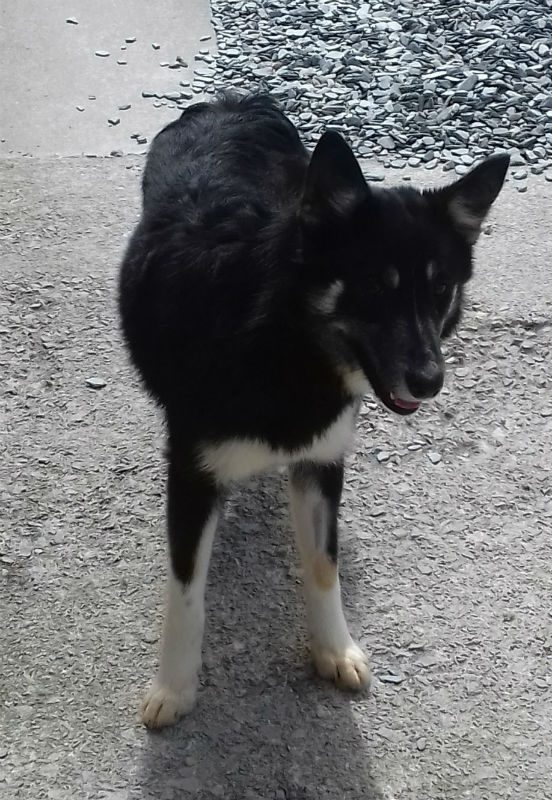 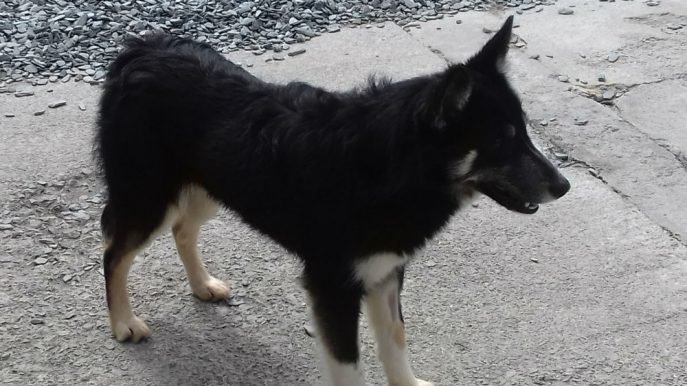 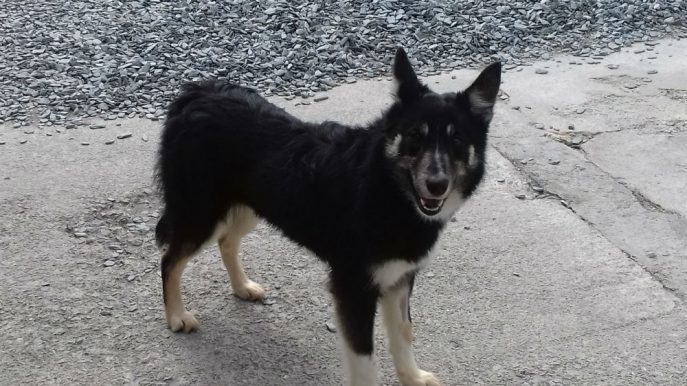 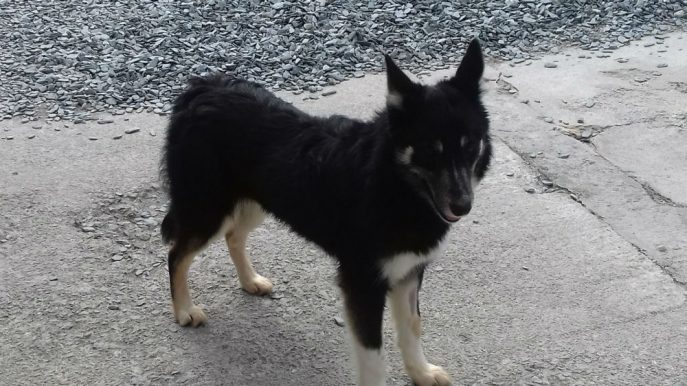 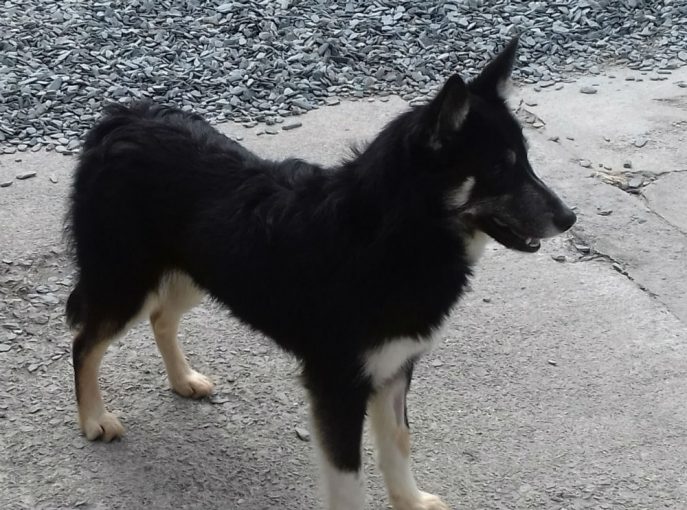 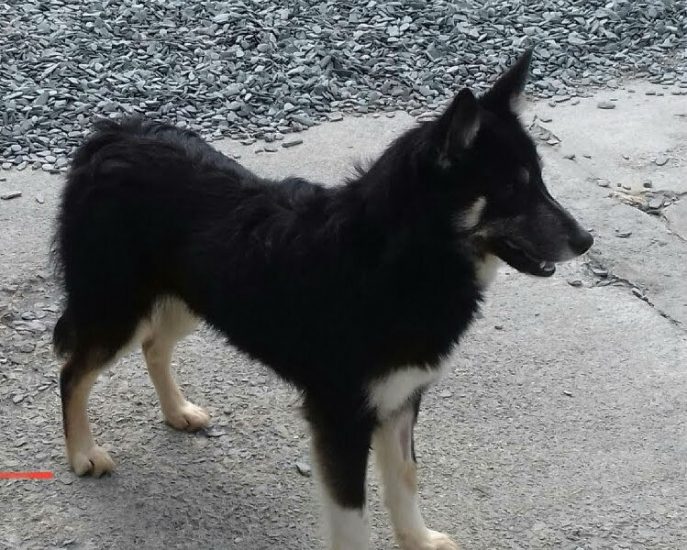 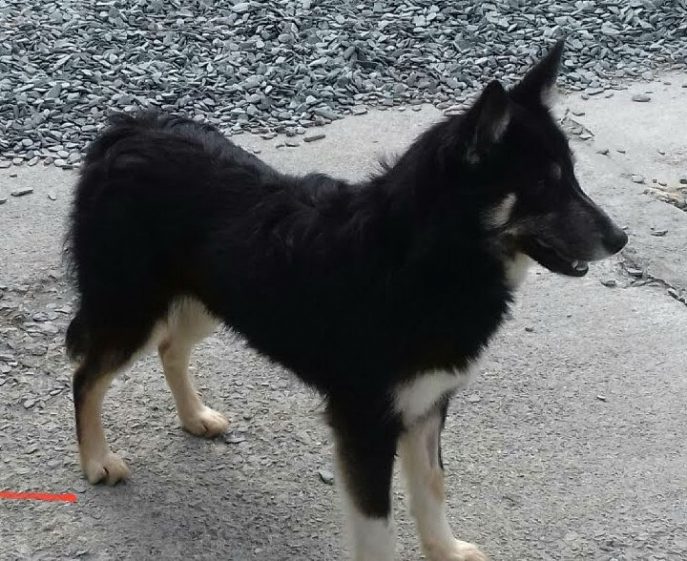 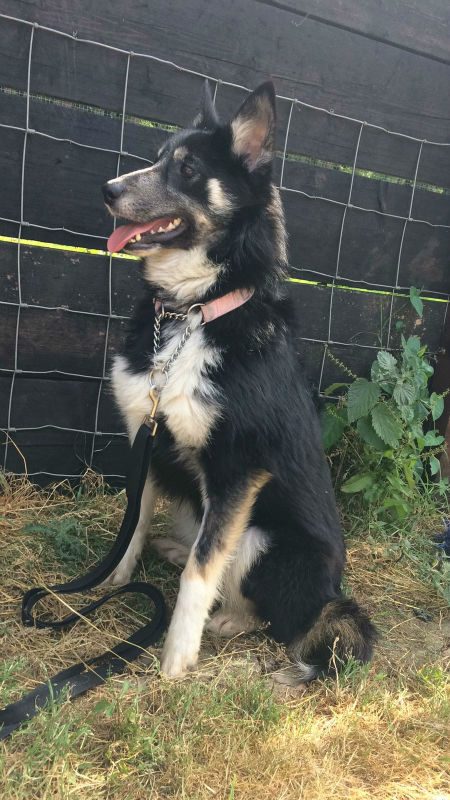 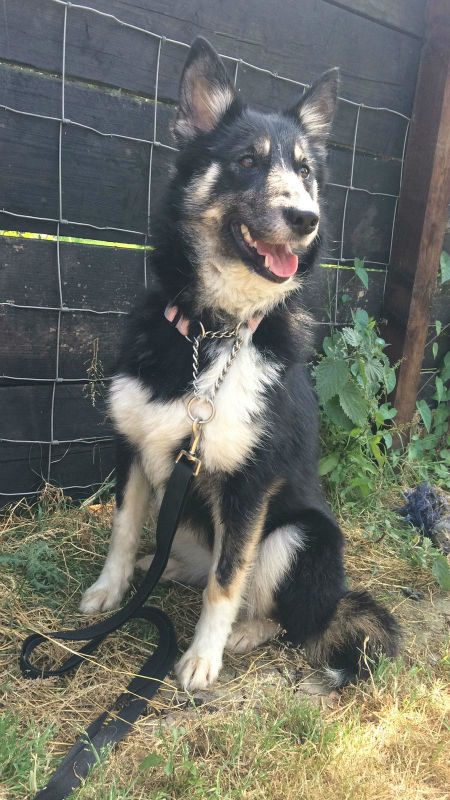 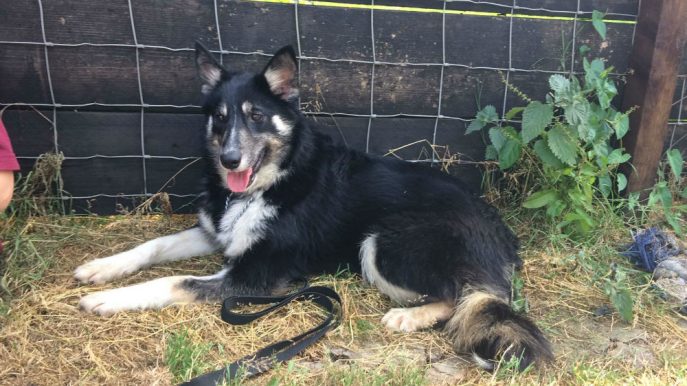 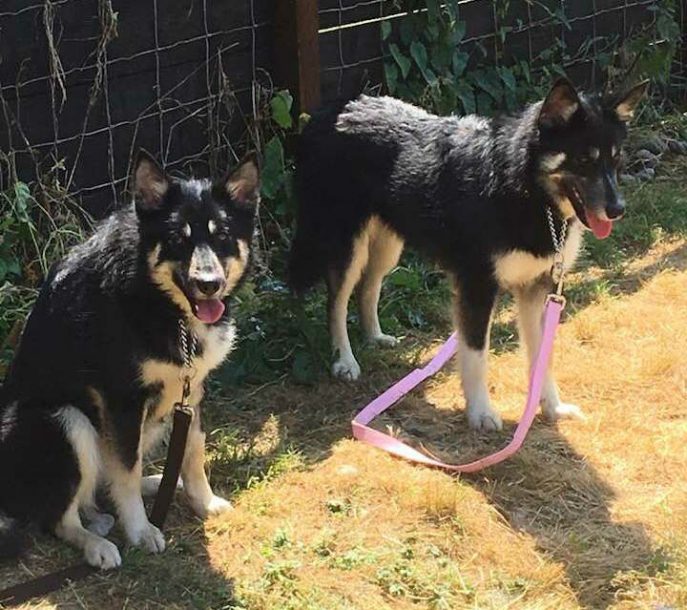 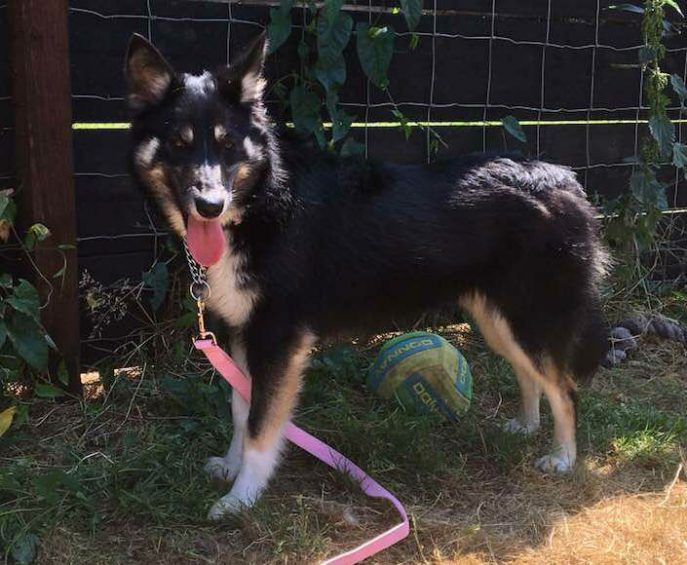 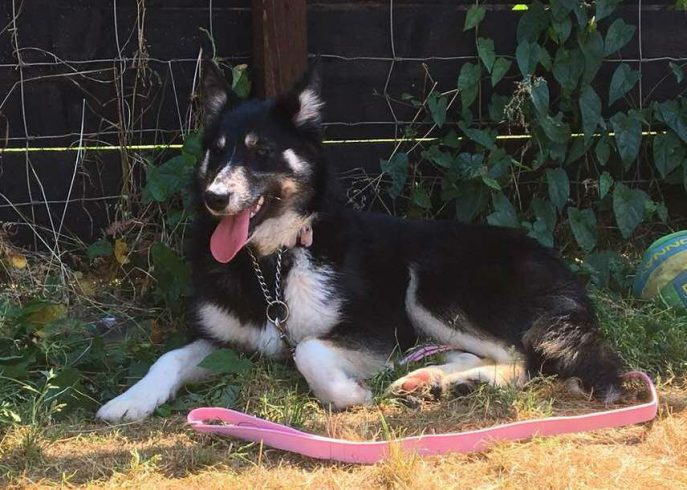 We were asked to take in 4 pups that were in the council kennels in Wales having come in via a support worker. The poor little things were terrified and not had any outside access and had just been kept in the house with their mum and dad. Because they had not been handled we did not even know what sex they were when they arrived. All we knew was they were 6 months old and we were told they were GSD cross Collies.

Well the kennels have being working hard with them and soon had them taking treats from their hands, and after a couple of days, the 2 braver pups were coming out of their kennel to run around the compound. They are all girls and now have collars on and have accepted slip leads.

Luna (above) and Betsy, the braver of the 4, have now been spayed, microchipped and their vaccinations have been started. They now need to be in homes to further their social skills and training. Pixie and Dolly are progressing well so won’t be far behind!

Experienced homes needed to help these girls move on in life as they are in effect, 6 week old pups in 6 month old bodies, with the big wide world being a completely new and exciting place. No young children as they have not had nearly enough interaction with people. May well benefit from the company of an older dog in the home.

Are you that special home that can help give these girls the security and support they now need to start living a proper life as a dog please?

Betsy and Luna have found a home together!