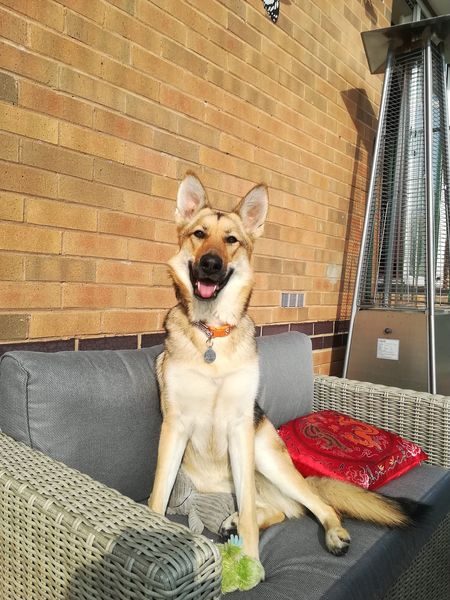 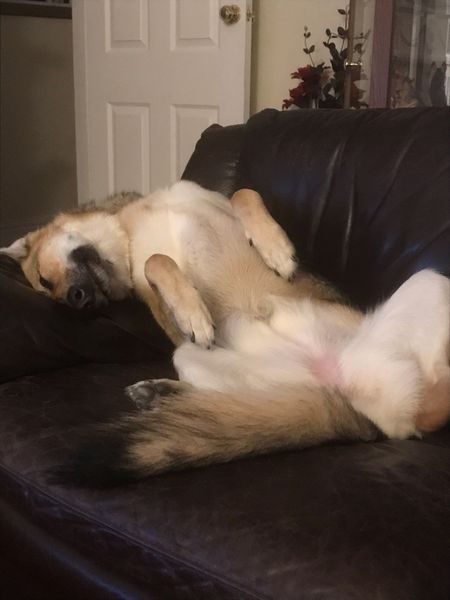 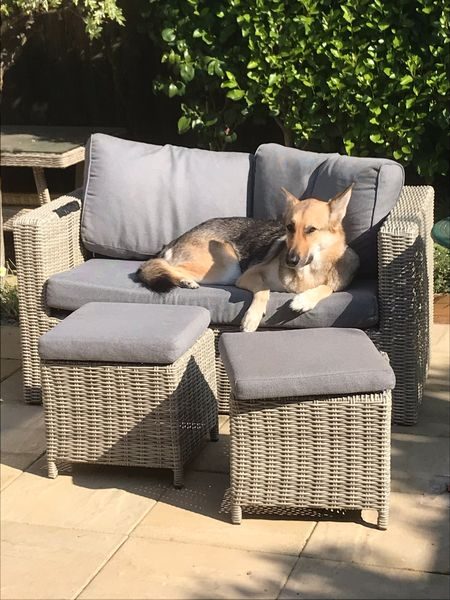 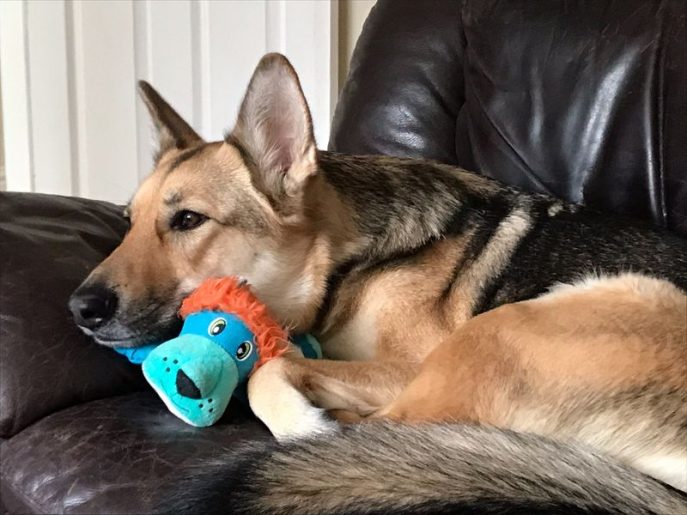 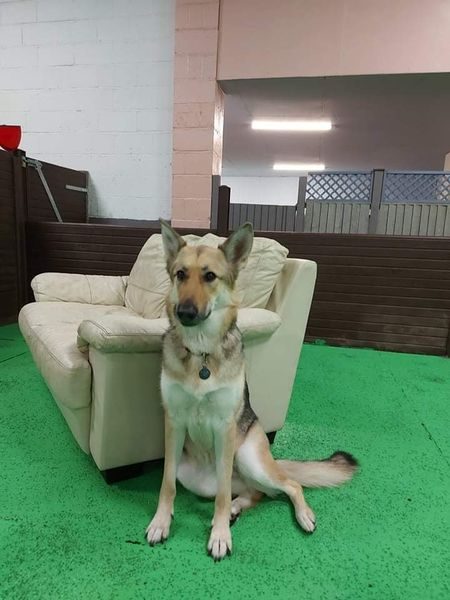 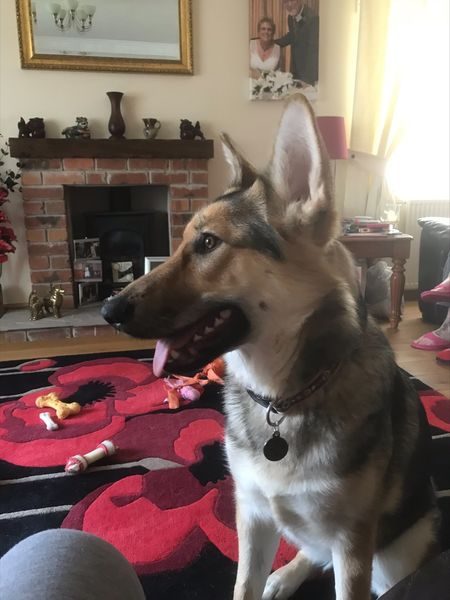 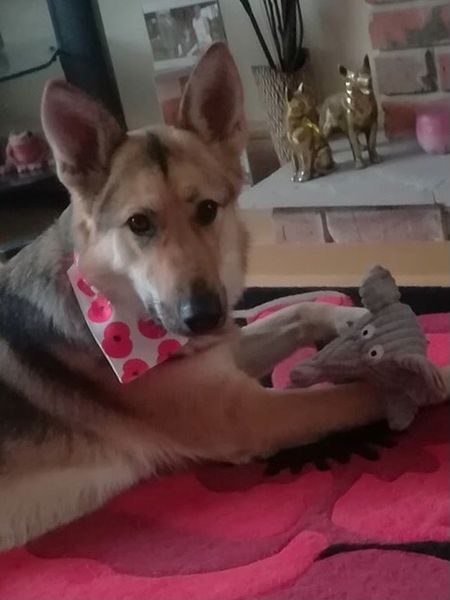 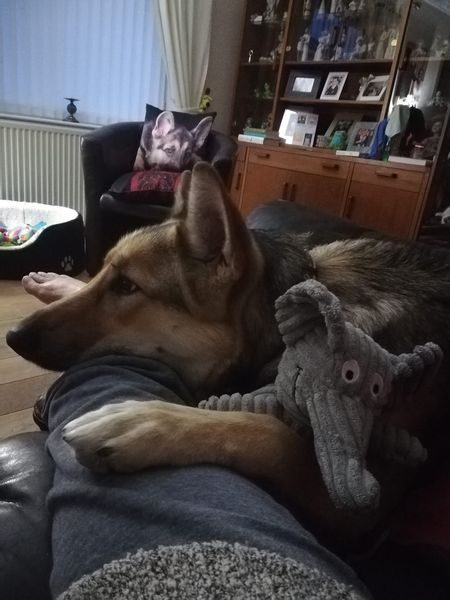 Mable is available for adoption through GSRE – this is what her current owner says about her.

Mable is a 4.5-year-old female German Shepherd, black and tan with a short coat. She is neutered, vaccinated (until Sept 2022) and micro-chipped. She has also been wormed and flea-treated regularly. She is believed to dislike fish, with no disclosed medical issues, past or present. Mable has been in her current home since she was obtained as a puppy.

Mable is being rehomed as her current owners are unable to give her the time she needs and are unable to walk her due to personal health issues.
The present owner says that Mable is good with children over the age of 10 years. She is good with other dogs when off-lead and the dogs (of all breeds) that she meets twice weekly at doggy day care. She is described as only being good with cats in the home.

Mable is housetrained and lives indoors in the family home. She travels well in a car, she isn’t destructive when left at home alone but does like to chew cardboard boxes, which the present owner said she learnt at her dog training class.

Mable is described as being good with people coming to the house, such as visitors, deliveries, postman etc. she may bark initially but shows no aggression upon entering. She greets the owners with a toy in her mouth when they come home. Mable has never bitten or shown aggression towards anyone. She is described by her owner as being a loyal and loving girl who is well behaved all the time when at home and she loves to sit on the couch.

Mable walks nicely on a lead but will pull when other dogs are nearby. She has a recall and also understands some basic commands. Mable has not shown any aggression over food and toys and is described as being OK during visits to the vet.
The GSRE assessor found Mable to be a nice and affectionate dog who was friendly throughout the visit. She was happy in the company of the assessor, playing with her toys.

Mable has been adopted.