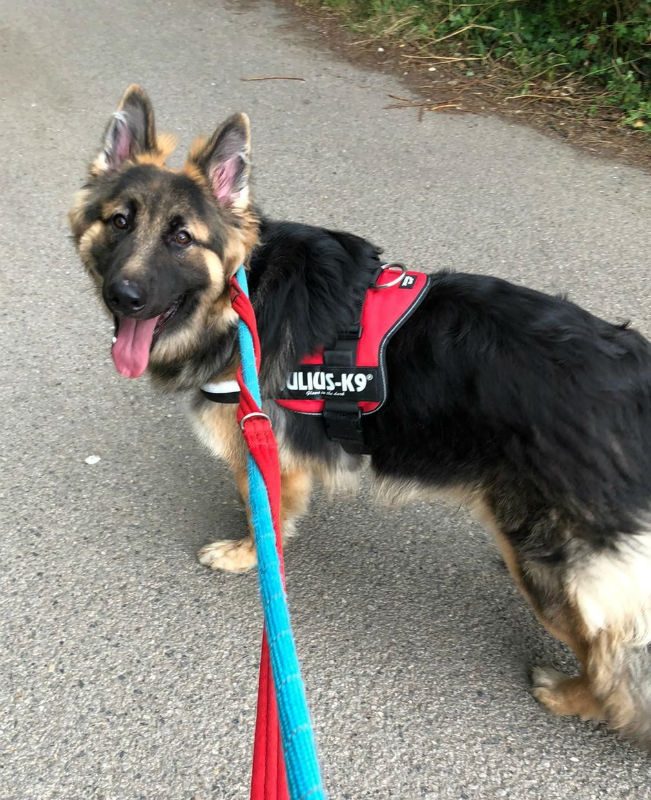 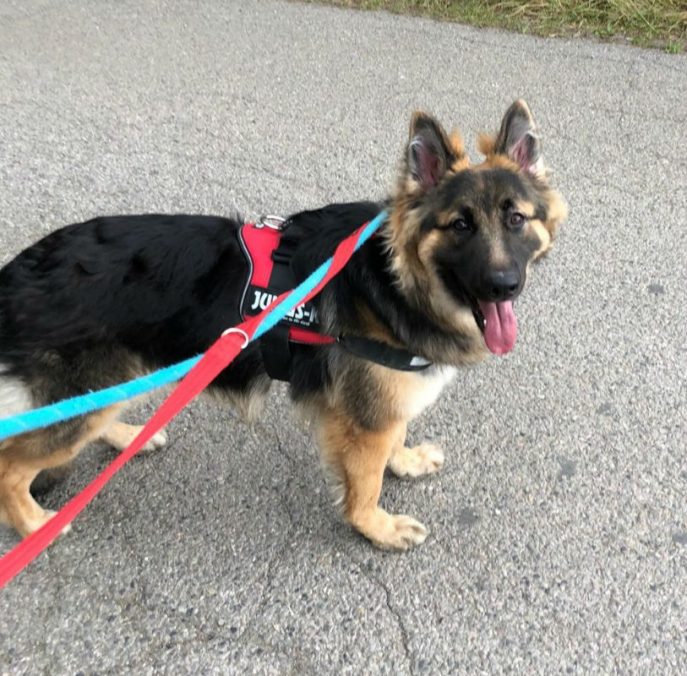 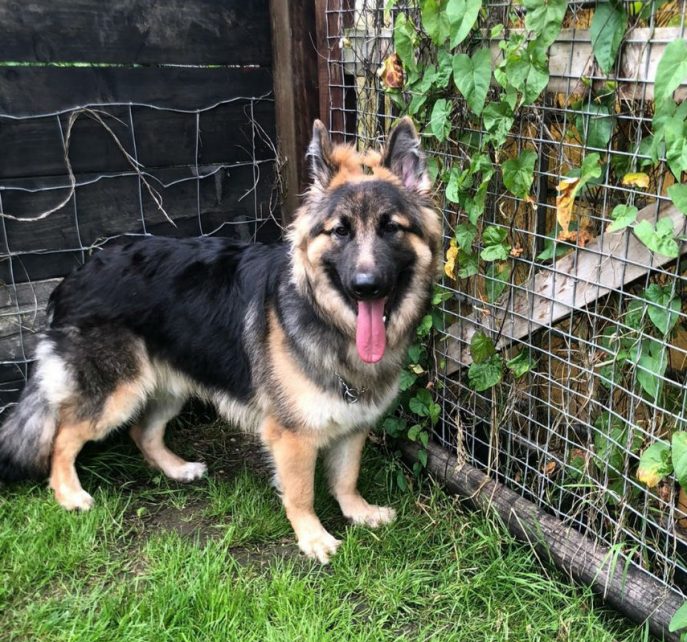 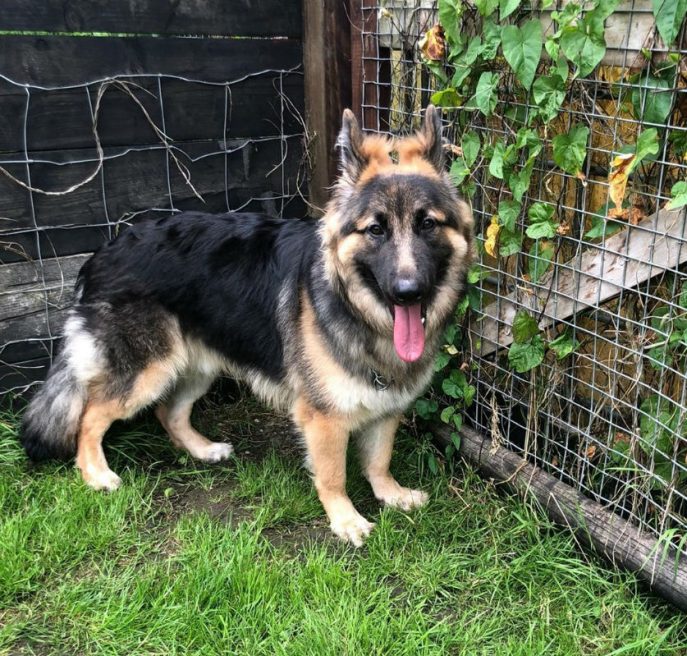 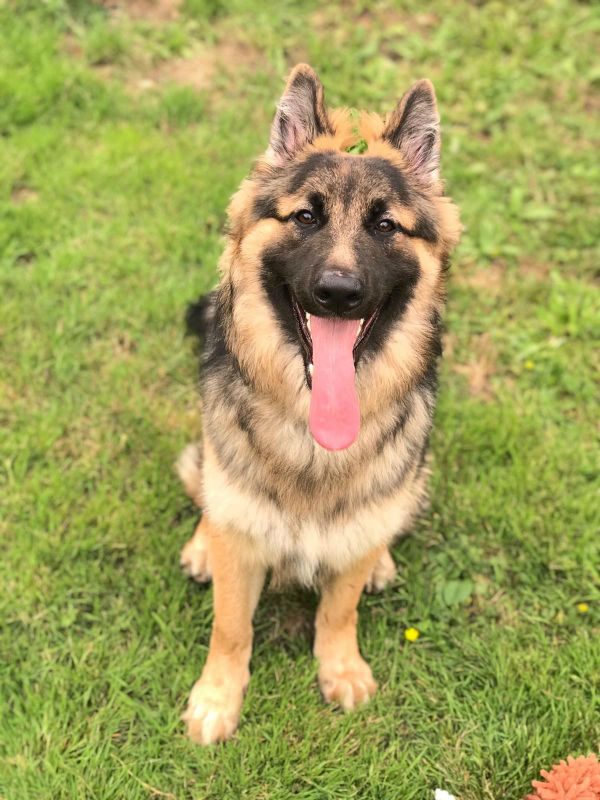 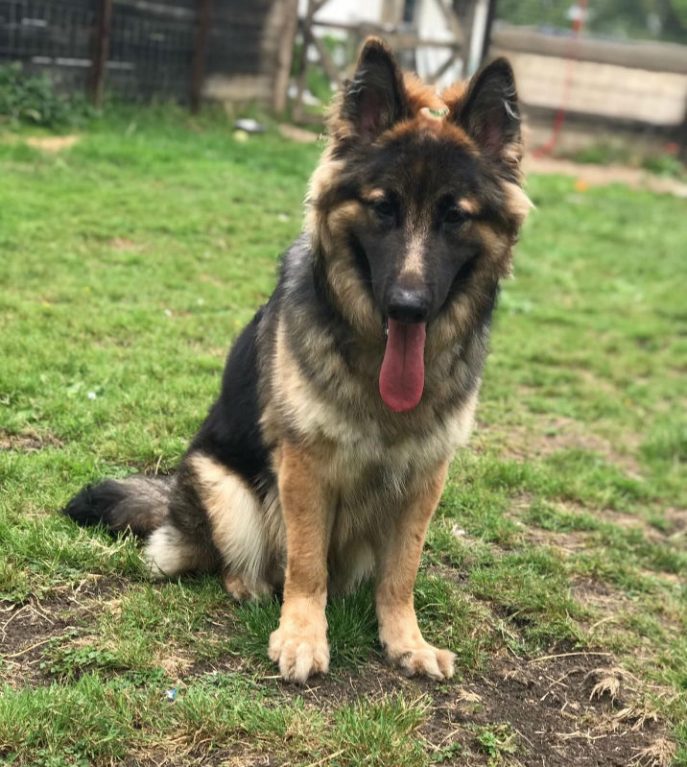 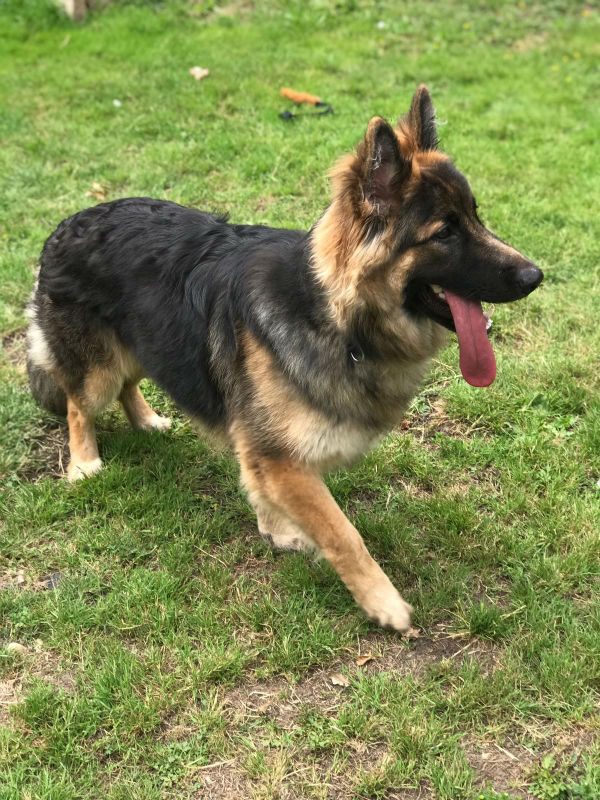 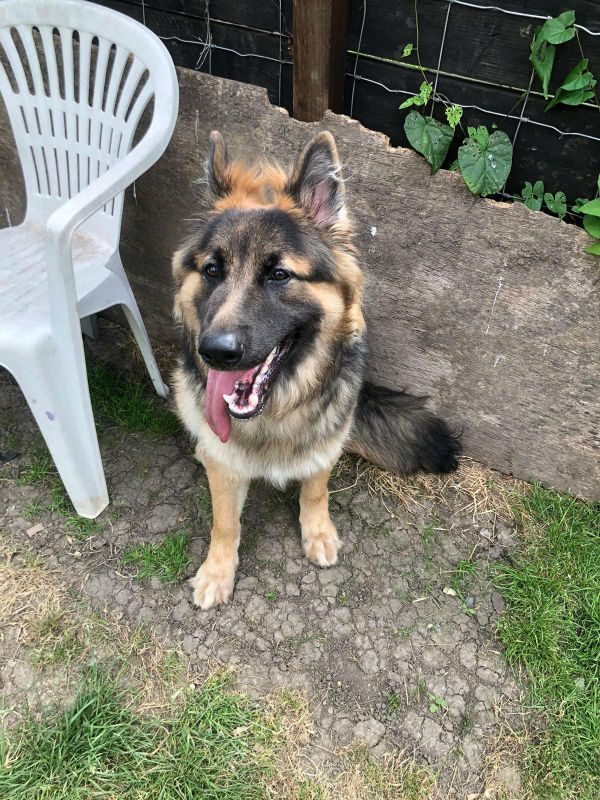 Well what can I say about this handsome fella! Rex was born 7.9.19 so only a baby still. He is microchipped and vaccinated and will be being neutered. We were called by an Animal Warden in London asking if we could help. There had been complaints of noise, aggression and abuse re Rex and the police had been involved but didn’t trust him so wanted the Animal Warden to assess him. Rex’s owner called him her guard dog as she felt threatened on the estate and had not tried to correct his stranger reactivity. Poor Rex spent most of his life wearing a muzzle because of it, even in the flat in case someone came over.

We all agreed that Rex’s issues were not his, but his owner’s failings and that without intervention there was definitely the potential for Rex to escalate to biting if not muzzled. This was very apparent at the way he was lunging and barking at the Animal Warden. Rex was taken straight to the Essex kennels by the Animal Warden. On arrival he had managed to get his muzzle off but Mitch managed to bribe him out and was understandably quieter and apprehensive.

Rex is settling very well and once he knows you he is a cuddly lad. He has just never had the opportunity to be a young dog and enjoy life. Running around the compound with toys is a pure joy and something he has probably not experienced before.

No children, no cats, and other dogs is a work in progress. However handsome Rex is, he will need a very experienced home that can be calm and confident with him and continue his training and socialisation. If he feels threatened or unsure, due to his background he may bite first and ask questions later.

Rex has been adopted!