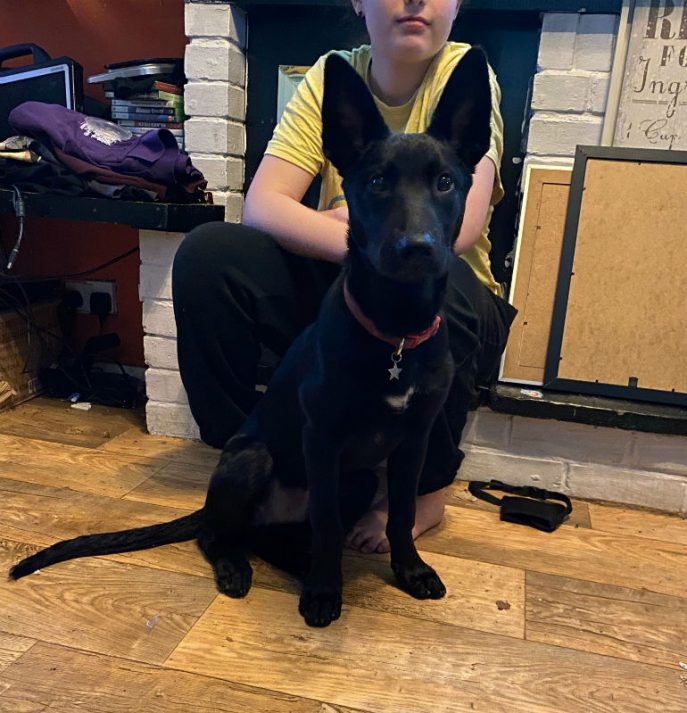 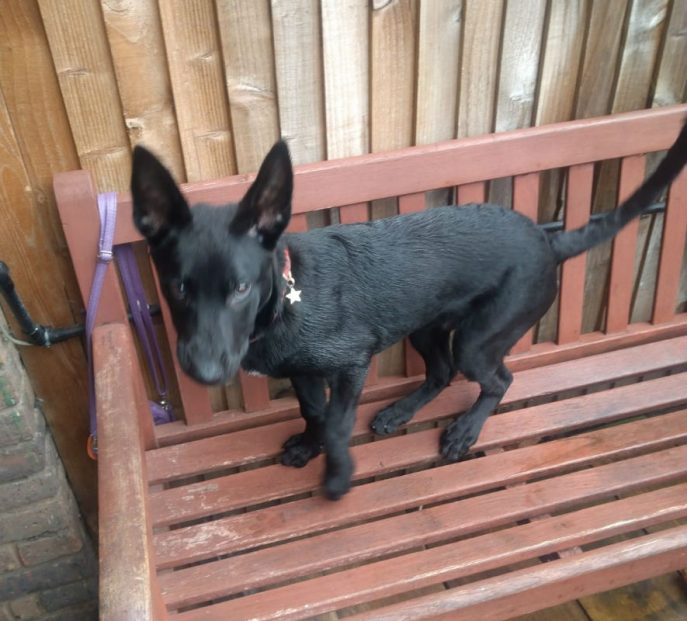 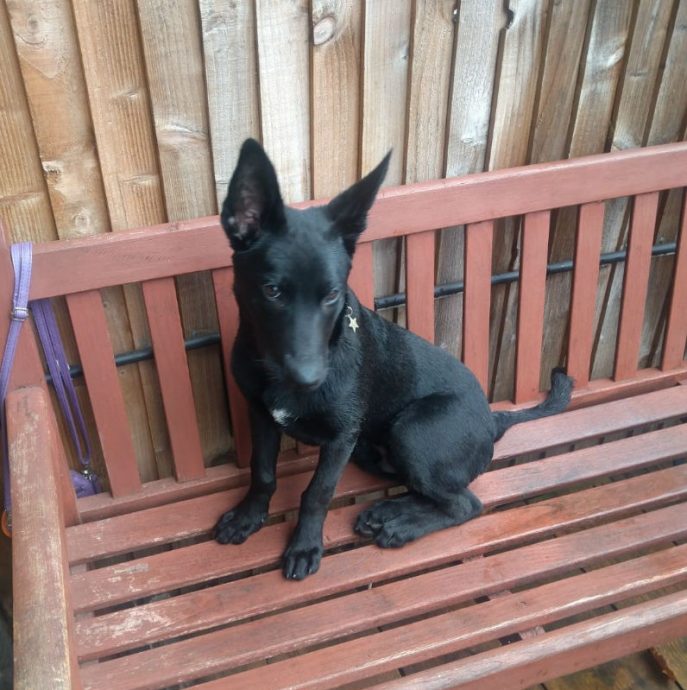 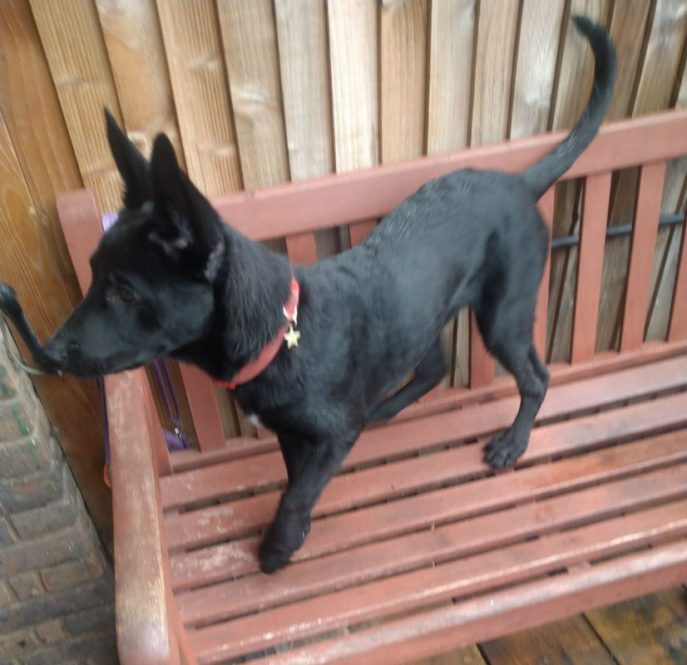 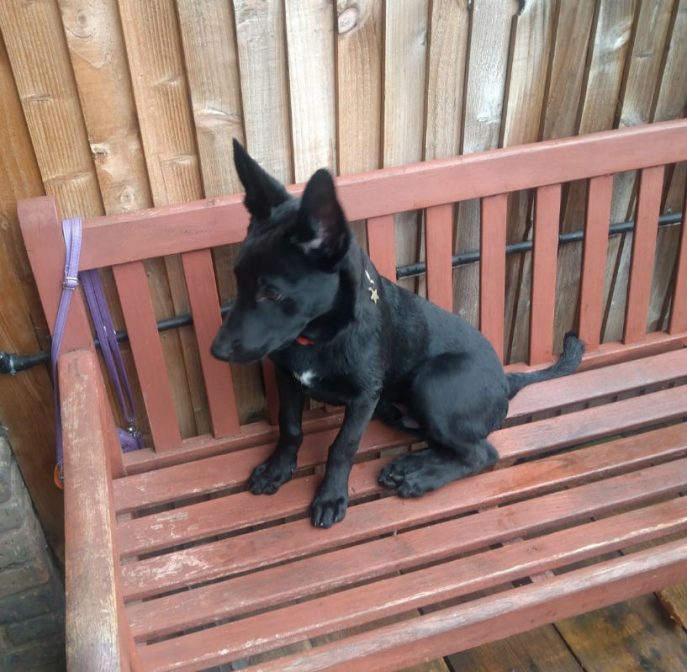 May I introduce Rex who according to his chip is a Belgian Malinois but suspect that is not completely accurate and we believe he also has GSD in him. He is 6 months old and is microchipped and vaccinated. This is what our volunteer had to say:

“Rex lives in a busy household (4 kids aged 12-16, 2 adults and 2 cats with constant traffic in & out of the house). He’s a normal boisterous youngster with no boundaries. Rex is very dominant and clearly rules the roost but is scared of the cats and doesn’t mess with them. Rex sleeps in the crate at night in the kitchen but doesn’t go into the crate during the day. The family say he refuses.

Unfortunately Rex lacks mental stimulation and appeared to be destructive out of boredom! The family have no control over Rex, said they don’t know how to engage with him and are now scared of him as he is mouthy, has bitten and is very fast. He even managed to get his mouth around my arm but didn’t bite down, so I wonder if he actually has ‘bitten’ them or was it more of a nip and as he’s still teething and has very sharp teeth, did he accidentally draw blood. Also, the family do play rough with Rex, raise his arousal/excitement levels but don’t know how to calm him back down and things just escalate.

Rex lacks a leader and so has appointed himself as one. He was muzzled when we arrived but within 5 minutes was out of the muzzle and refused to let the family put it back on him. And growled at us for most of the time we were there. I took a friend of mine with me who owns a reactive Mallinois and continues to work with hers and she was able to engage with Rex pretty much straight away, he’s food motivated, very, very intelligent and eager to learn and please. My friend had him sitting, performing a down and giving paw by the time we were ready to leave but he also gets impatient and did attempt to nip her but she very quickly corrected him and after trying to intimidating us and giving up, Rex very quickly went back to working for treats.

They say Rex is reactive towards dogs only when on lead and is also nervous of Staffordshire bull terriers as he had an incident with one when they first got him. Rex is scared of the family cats but not sure with other cats. Again with children, Rex gets highly aroused and mouthy therefore probably best for Rex to avoid young children.”

Rex is now in foster with other dogs who he has been fine with and very playful. He can be a stubborn young man and will try answering back so will need a confident owner with experience to keep boundaries in place whilst giving him enough exercise and mental stimulation to keep this naughty young man out of trouble.