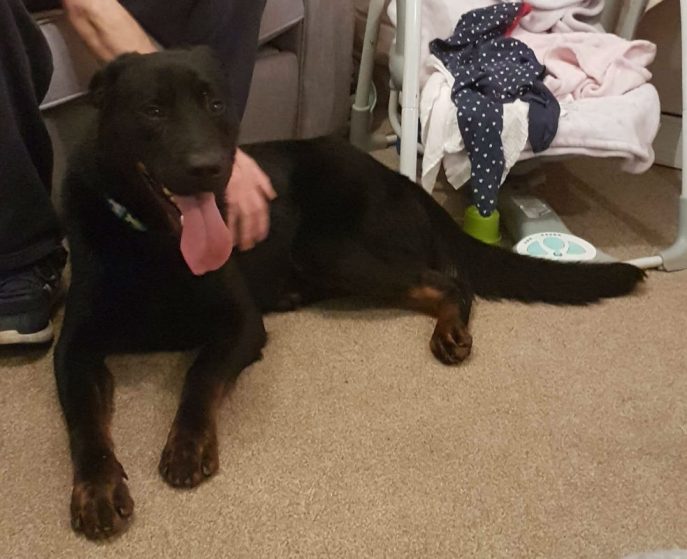 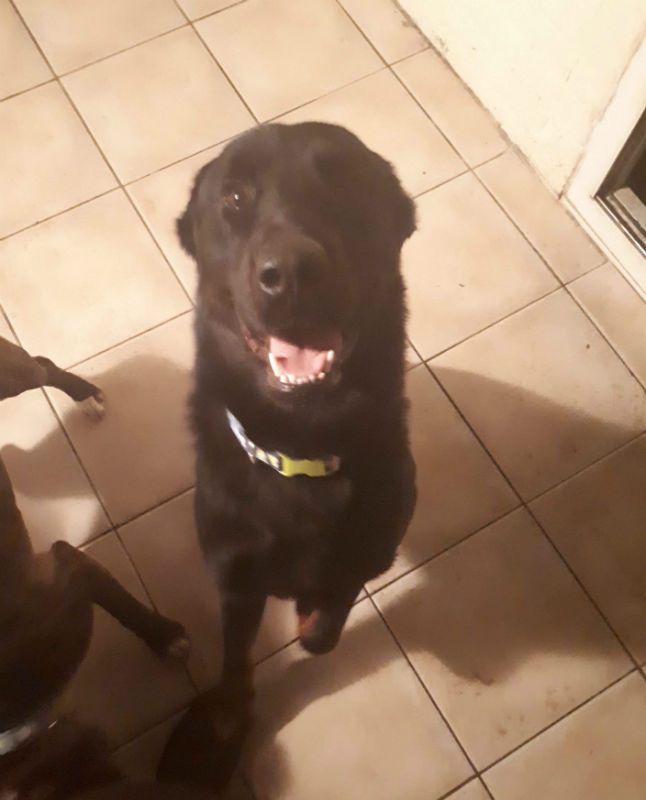 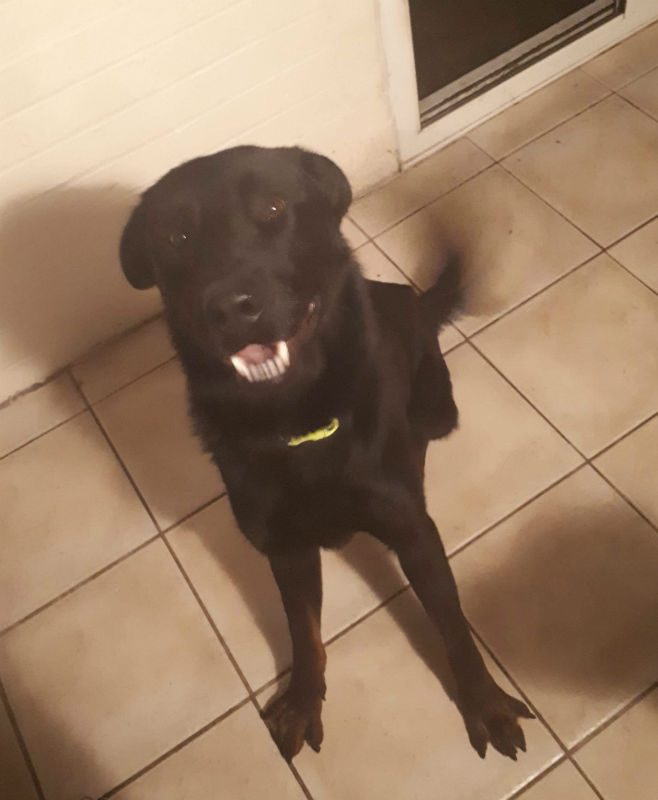 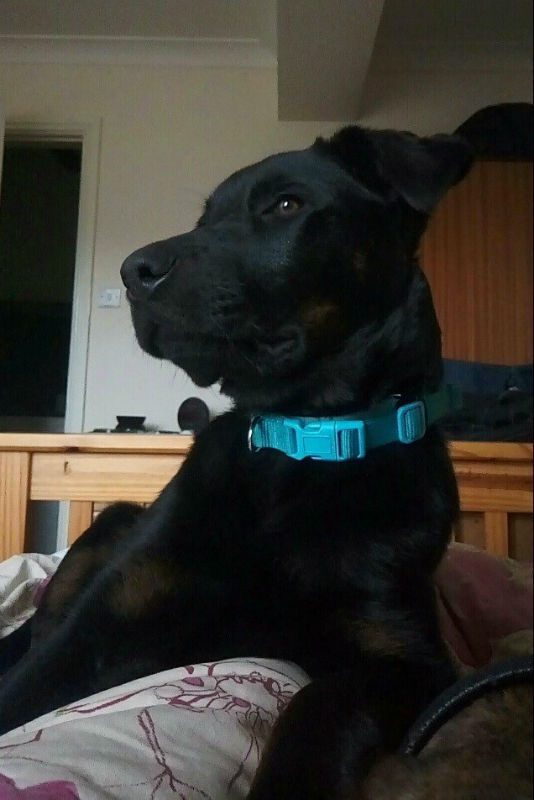 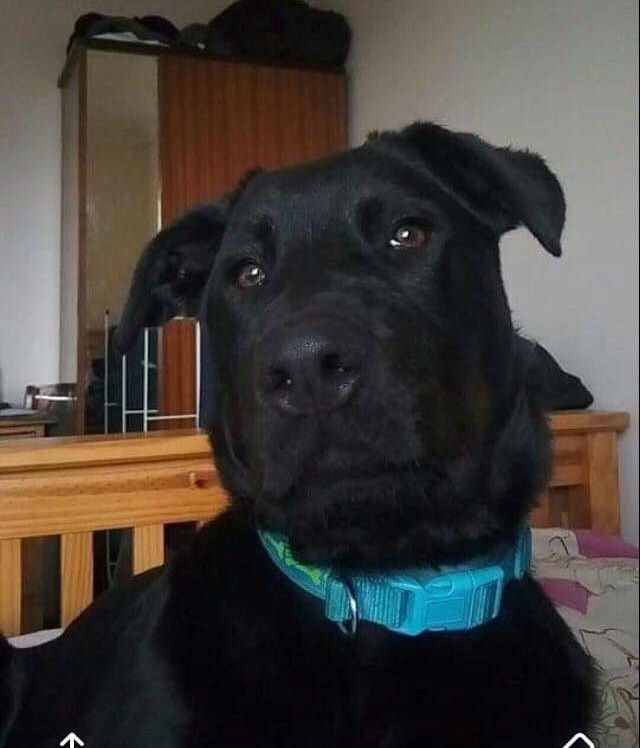 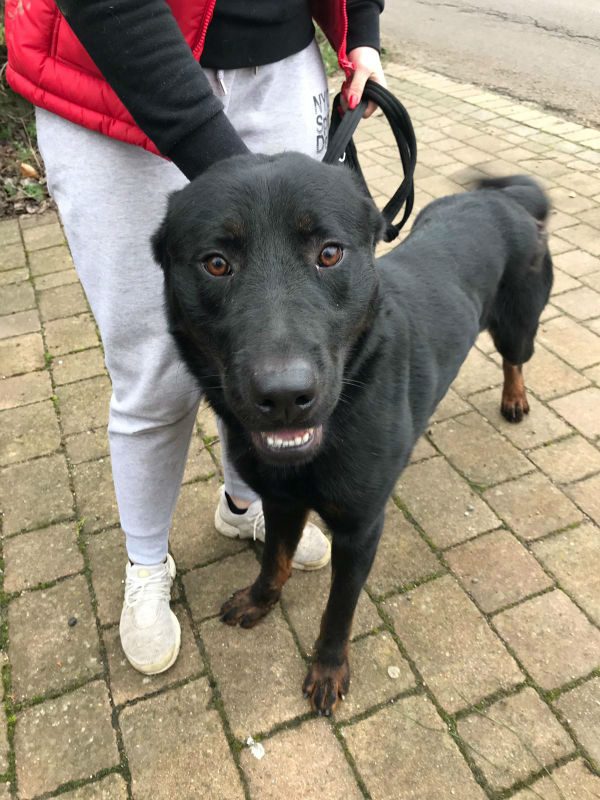 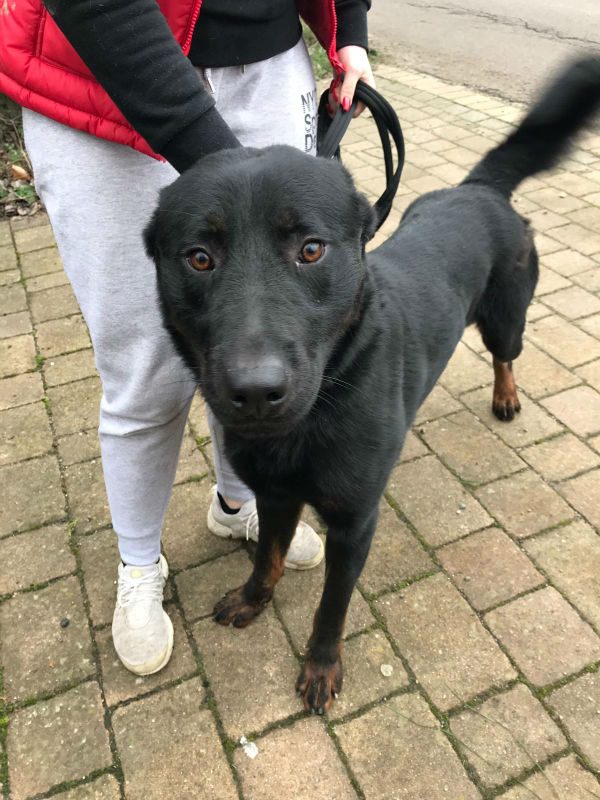 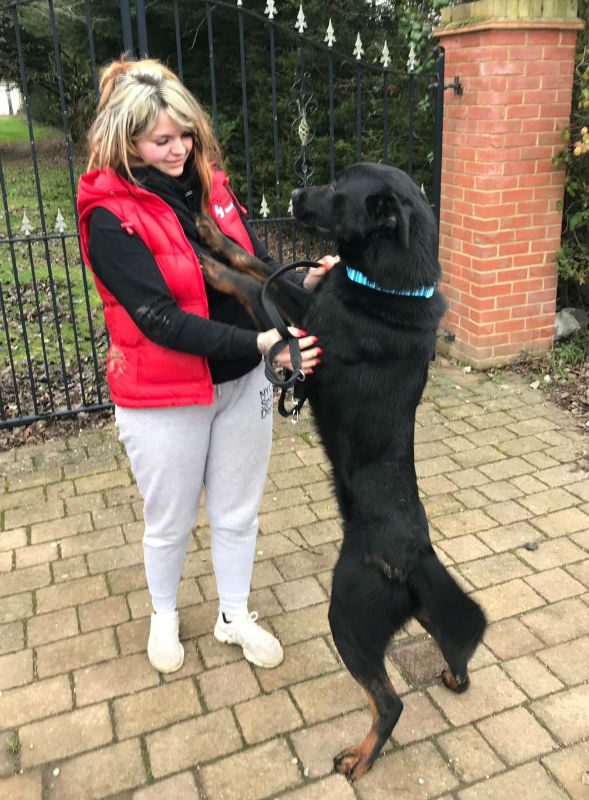 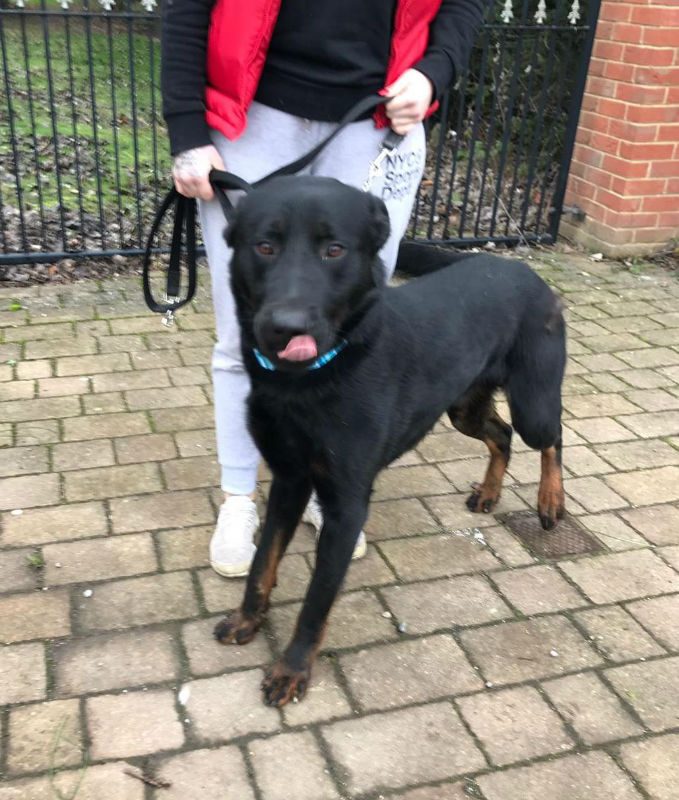 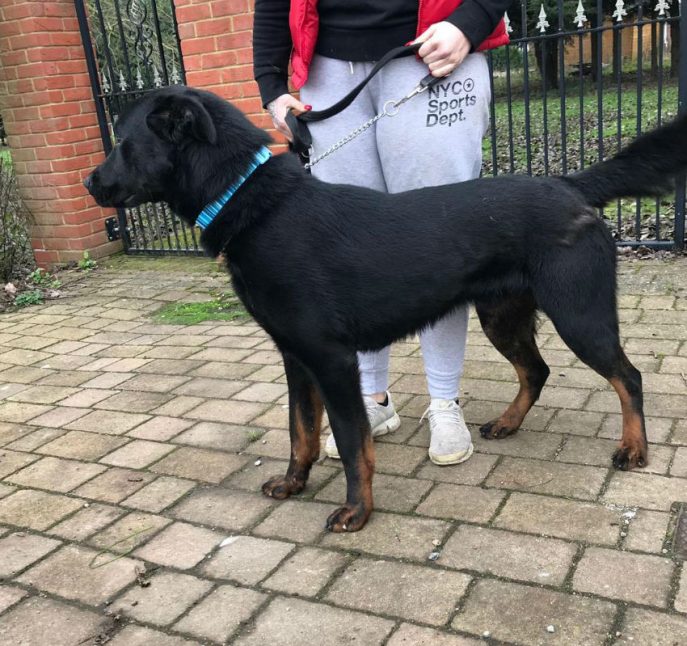 We were asked to take Rico by a someone who had been approached by a guy on Facebook who claimed to have been made homeless and asked for help to rehome his dog. He had got Rico from a lady on a farm apparently so was already in his second home that we know of.  Whilst she searched for a rescue, Rico was rehomed by this guy but they sent him back after 12 hours for being ‘too big’ and he chased their cat. This home had young children and he was fine with them bar being boisterous. The lady having secured rescue back up for Rico placed him into a foster home but she gave up on him after 2 days as he snapped at a dog she was boarding and the rescue that was supposed to be supplying the back withdrew their offer! With some fundraising Rico was boarded in commercial kennels until we were asked to help and offered him a space.

Rico is a GSD cross Rottie who is 13 months old. Now neutered, his vaccinations have been started and he is microchipped. No young children to his size and boisterousness. Has shown no aggression towards other dogs but yet to be properly socialised. A not to cats.

Rico is a small pony in disguise of a dog. He is big and strong but just as daft to go with it. He will need a confident and strong owner who can give him the training and boundaries he so desperately needs, but being such a baby still, in the right home he will flourish.

Are you Rico’s special home?

Rico has got himself a new dad.