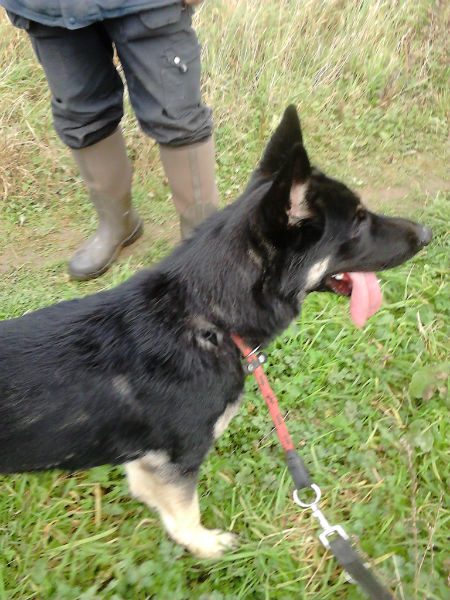 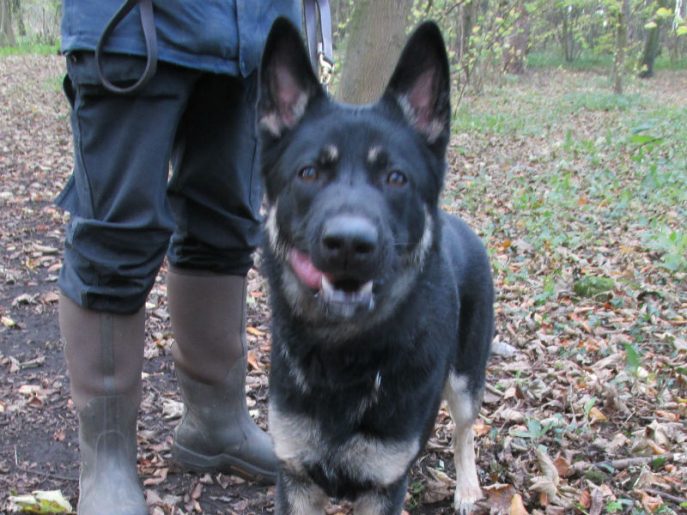 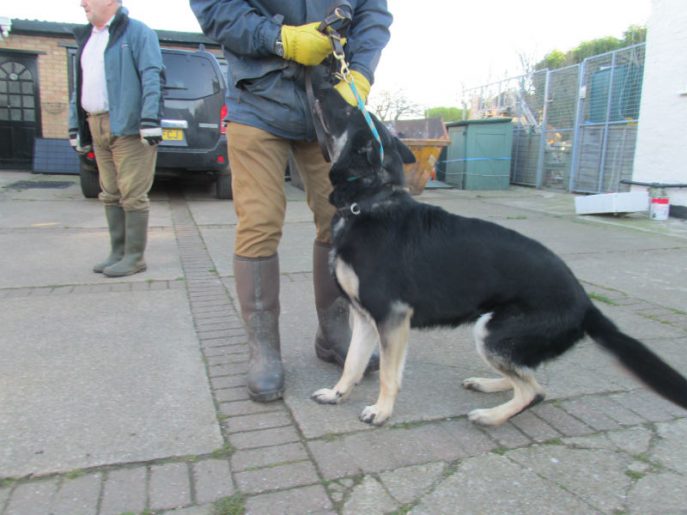 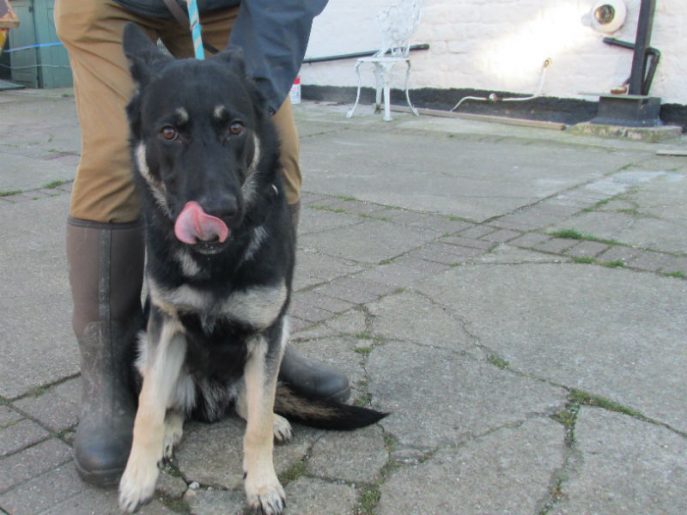 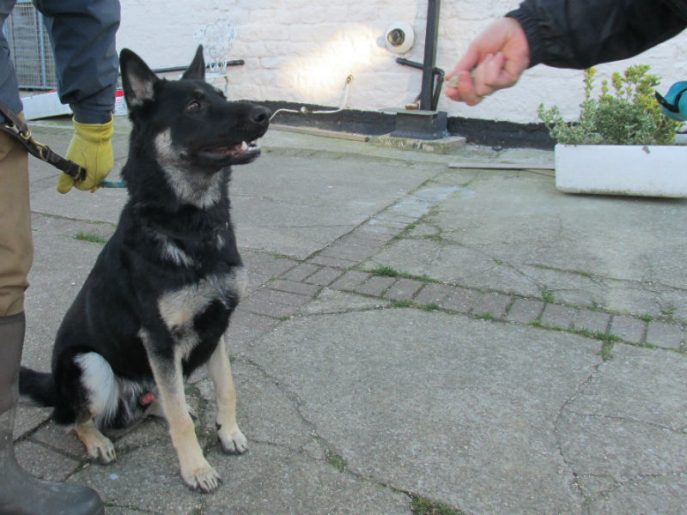 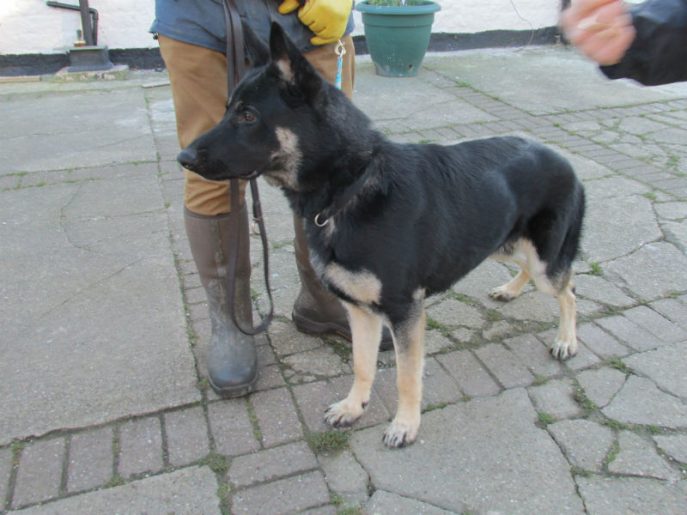 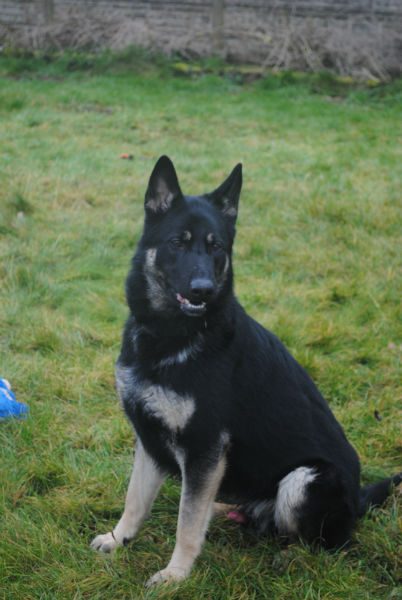 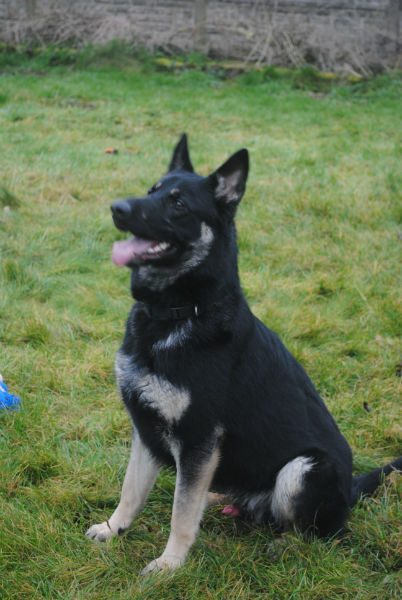 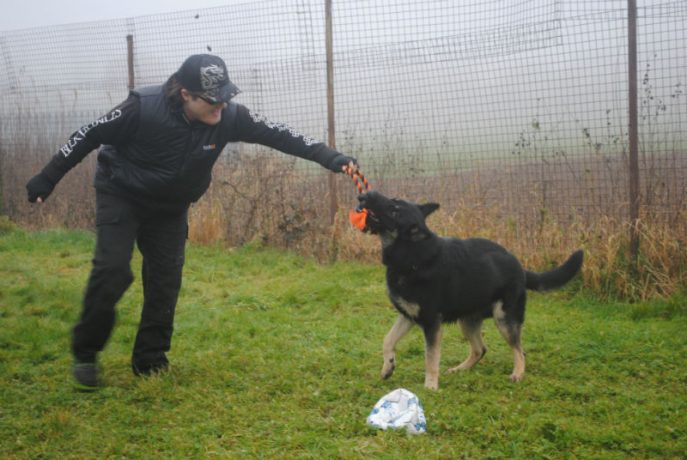 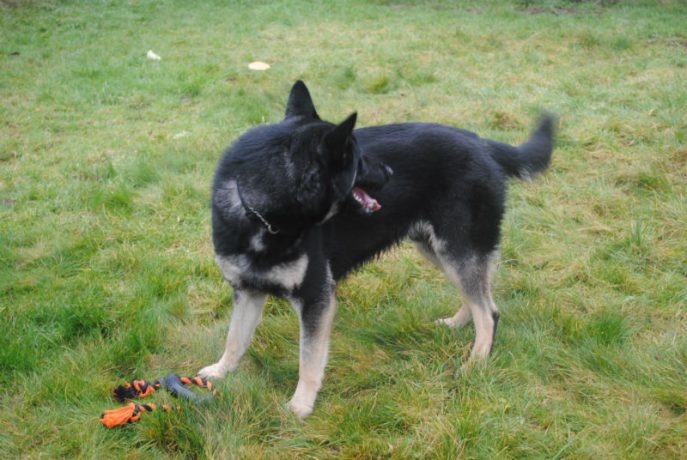 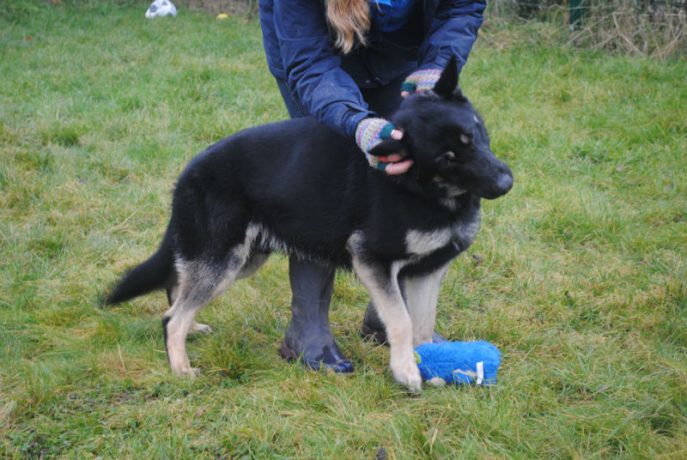 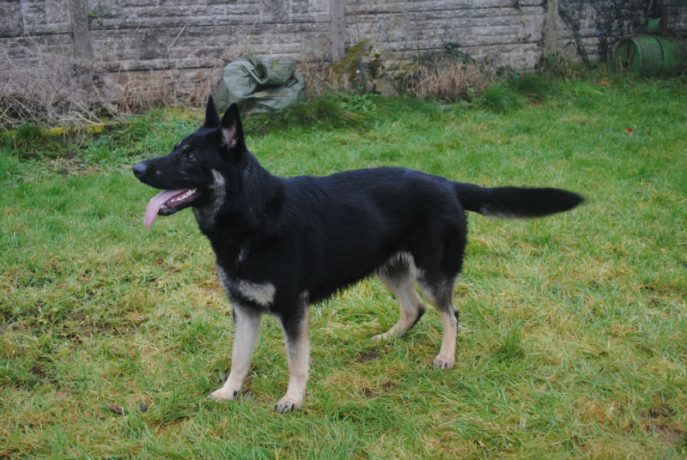 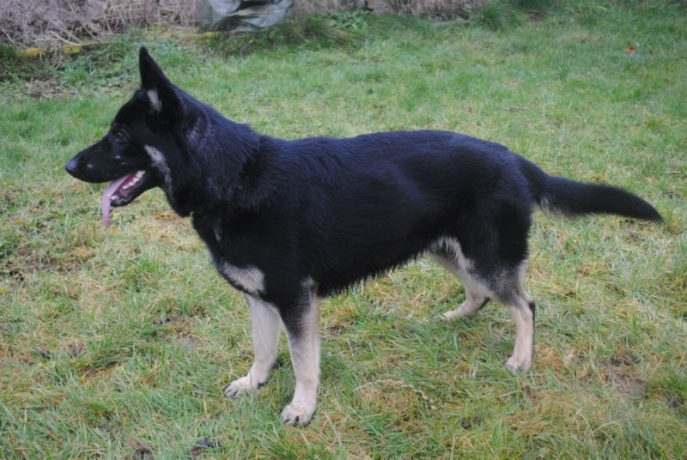 This young pup ended up in rescue after the man who had just bought him called his vet which luckily was also my vet and wanted to PTS him as he said he was attacking him and couldn’t control him.

He delivered Ronnie to our kennels and what we saw was a scared young pup of 8 month old not having a clue what was happening ….so here his life begins.

Here is what one of our vollies has to say about Rocket Ronnie man :

Ronnie was apparently hand reared after being dumped outside a pet shop when he was only a few weeks old. His carers then handed him over to a farmer who then decided that he wasn’t suitable so he came into the rescue.

Ronnie is around 9 months old, very good with other dogs and very playful. He is wary when meeting new people but once he’s had a sniff he’s fine. He will bark and back off if he is scared.

Ronnie has a tendency to jump up and nip, this is something we are working on and he is getting much better.

He’s good on the lead and has shown no signs of toy or food aggression.

Ronnie is looking for an experienced home where he will continue to learn some manners and to be shown right from wrong.

He’s a typical bouncy pup who needs to run off some energy and have a good time.

Ronnie is a no to cats but he would be fine living with another dog, he would suit a home with teenagers but no small children due to the nipping and jumping up.

Ronnie has been adopted.