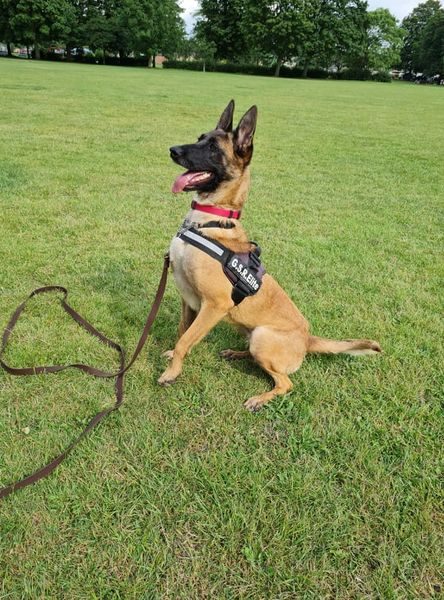 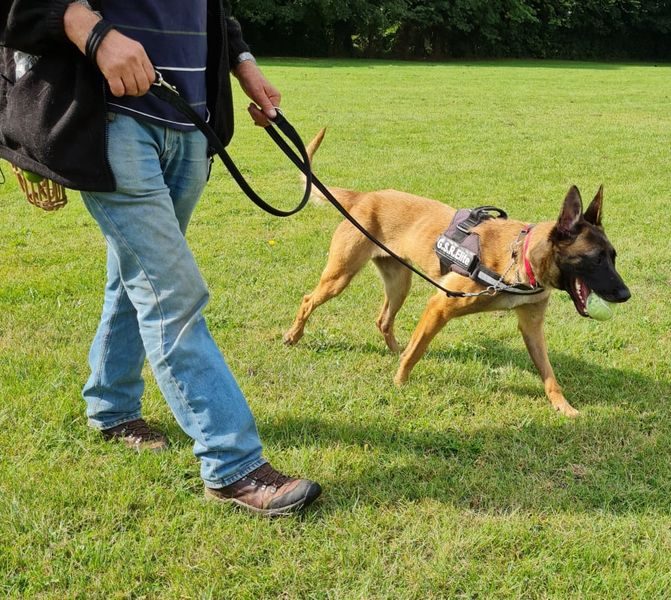 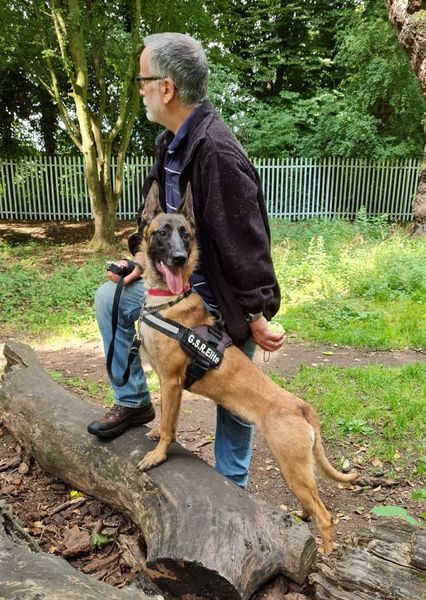 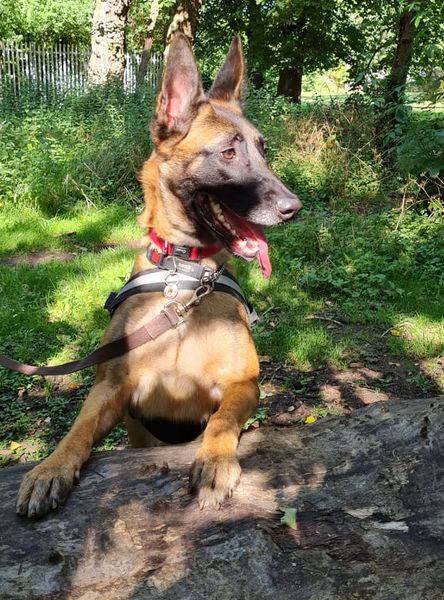 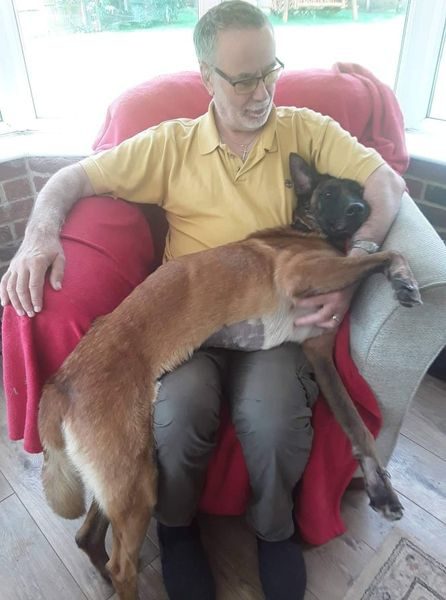 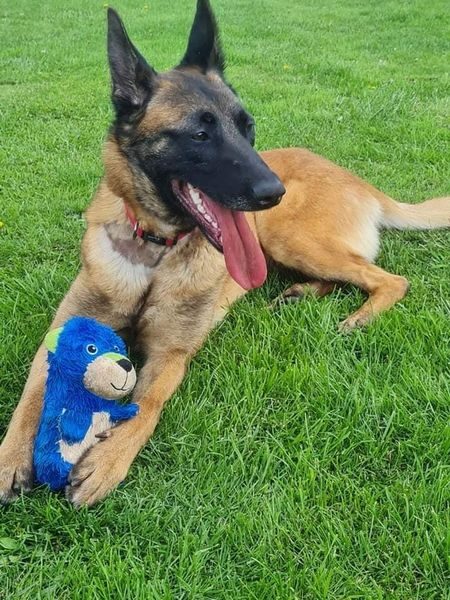 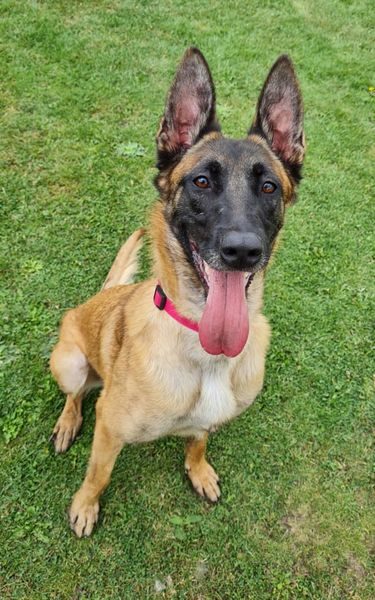 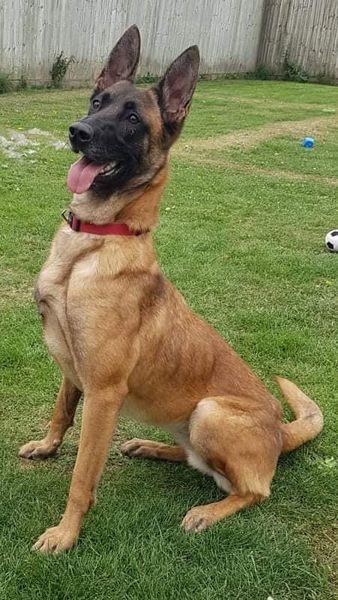 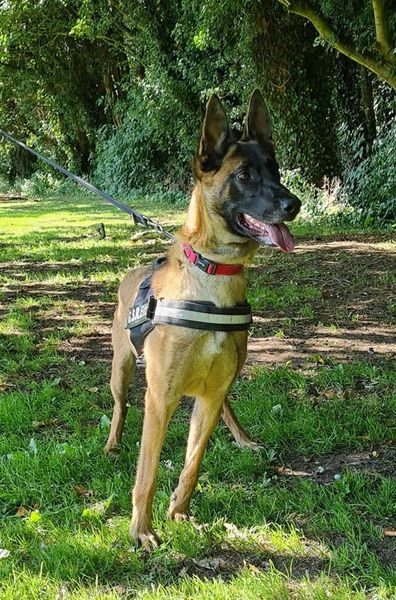 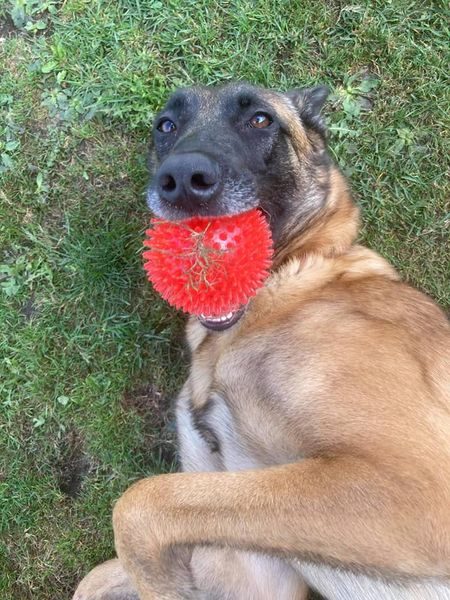 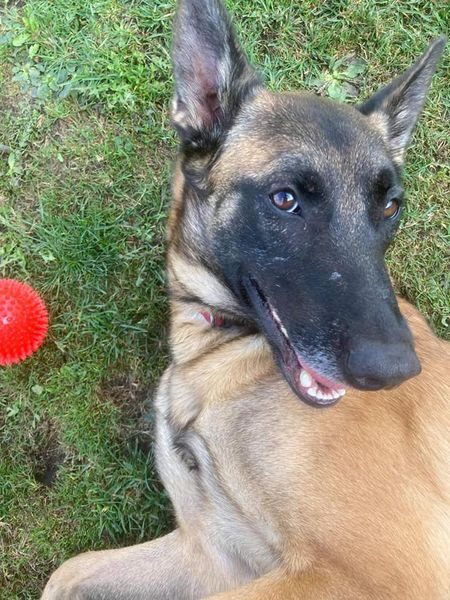 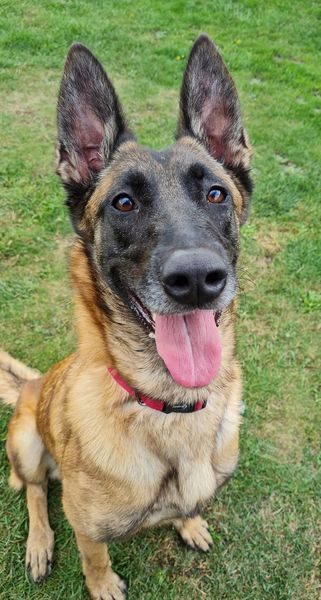 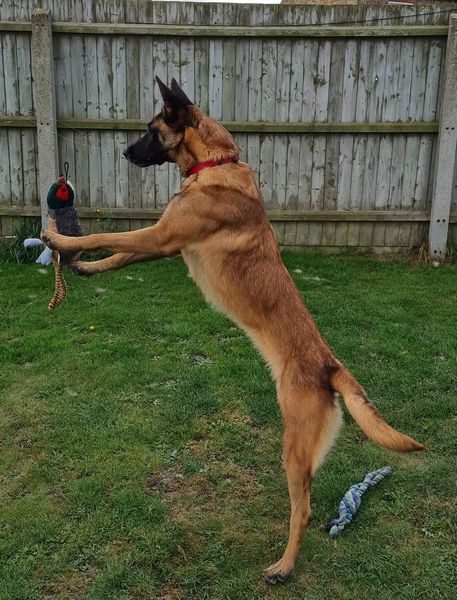 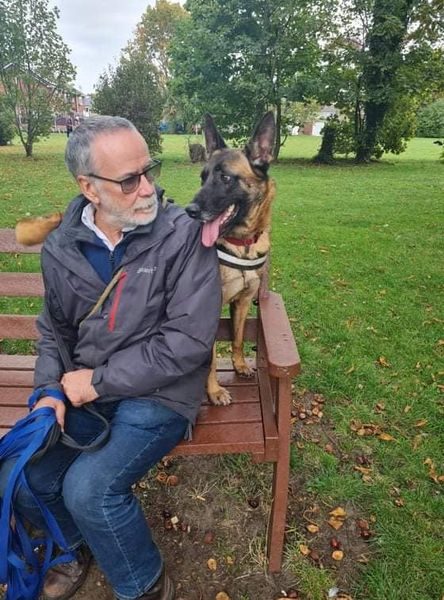 Sheba came to us from being in foster with another rescue after an emergency operation to save her life. She had taken a dislike to the man of the house so couldn’t stay. In her first foster home with GSRE volunteers started guarding the lady of the house, and had a few incidents of snapping at and nipping the man.
This then escalated when the man of the house was bitten but this was more pain related than guarding.

To remove any bad associations Sheba was taken to another foster home where the man was first to care and pay any attention to her with his wife initially completely ignoring Sheba and then when she did interact it was done slowly with treats, praise and fuss so having more than one person around was a good thing. Sheba settled nicely whilst she recovered walking with the resident dogs (lead exercise only) but wanting to chase the cats away. She was soon rolling on her back asking for fuss and cuddles, jumping up next to them to sleep on the sofa and learned to trust her foster parents. She showed she was house trained being completely clean in the house and asking to go out when needed.

Once fully recovered Sheba was placed in Lincolnshire kennels where she again initially showed some anxiety resulting in barking and snapping at kennel staff until she got to know them. Once she realised they could be trusted this stopped quite quickly. Whilst out in the paddock she has slowly made friends again with her first set of GSRE volunteers but there is still a mutual cautiousness on both sides. She is happy to play with toys and also just have fuss and relax. Out on walks in the park Sheba was initially muzzled for her own protection but although constantly alert showed no signs of aggression.

She has seen other dogs running round playing and can be inconsistent on her reaction. She has walked nicely with one of the male rescues happy to ignore him in preferring to sniff out the squirrels despite him being keen to play and in an effort to encourage/engage her was jumping all over her. She has also had a play date with the same dog in the paddock off lead and read his body language and met his energy levels to have what was a pleasure to watch full on play session.

Sheba is a Belgian Malinois who before she went into rescue has had some protection training, albeit not very good and which probably included physical punishment, as a result she is a little confused as to what is wanted of her. She will need someone with breed experience willing to take the time to gain her trust. She is clever and full of energy and would probably excel at something like agility which would give a new direction for to channel her thoughts and learn to trust/follow her guardian whilst learning what is expected of her. Because of her bite history we cannot place her in a home with children.