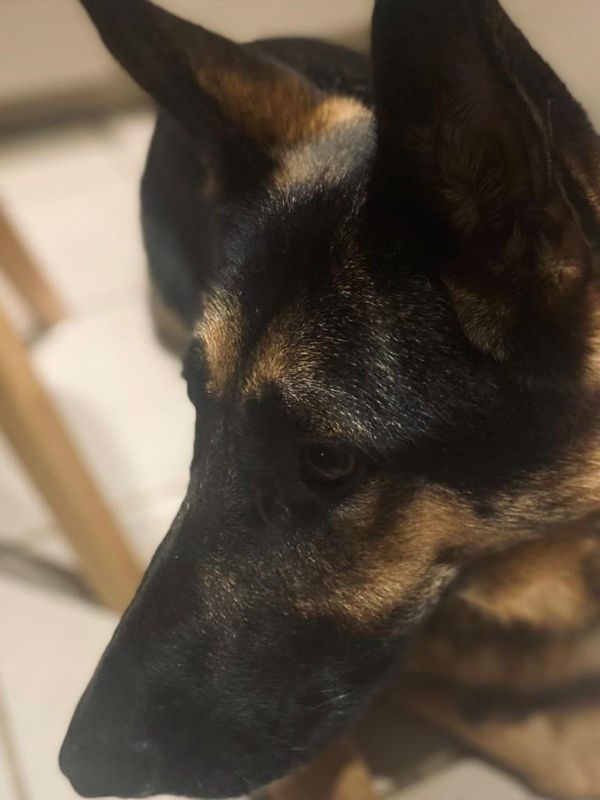 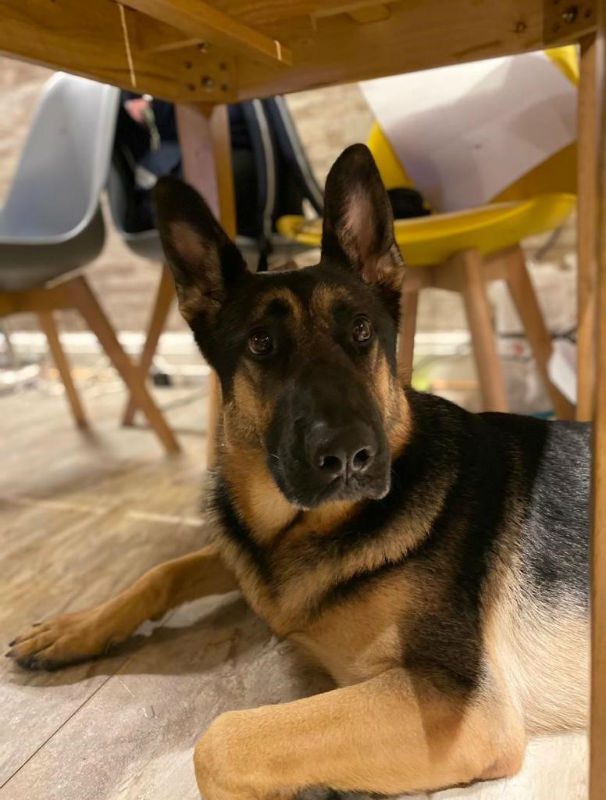 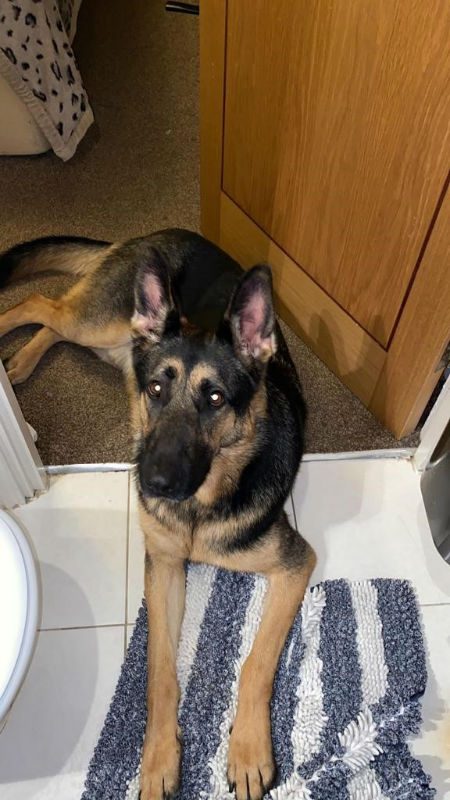 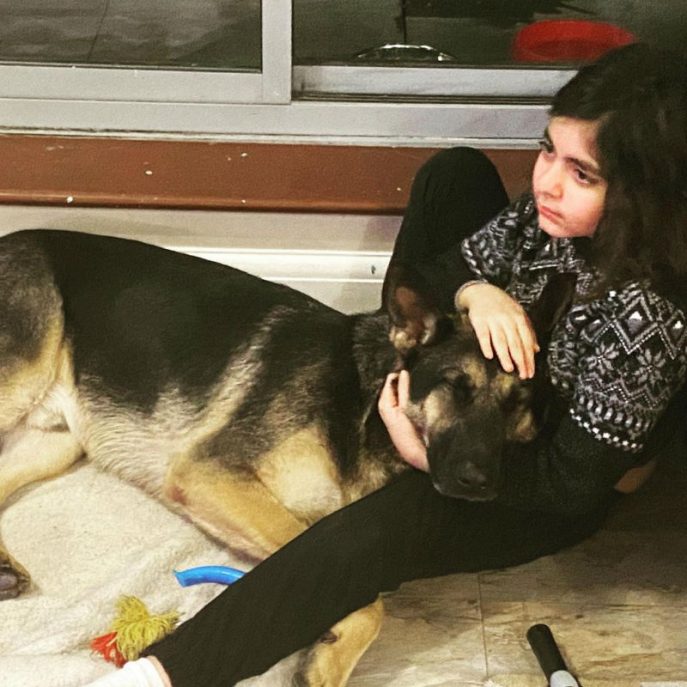 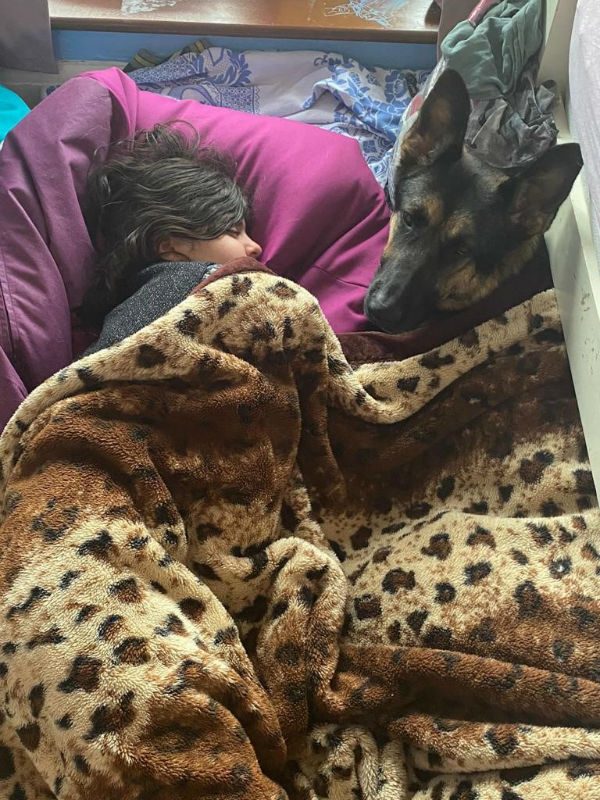 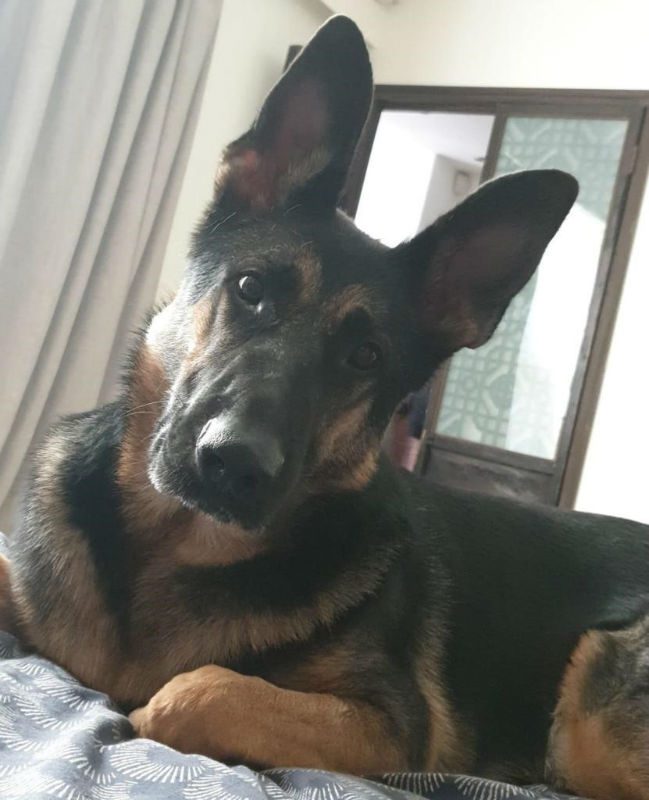 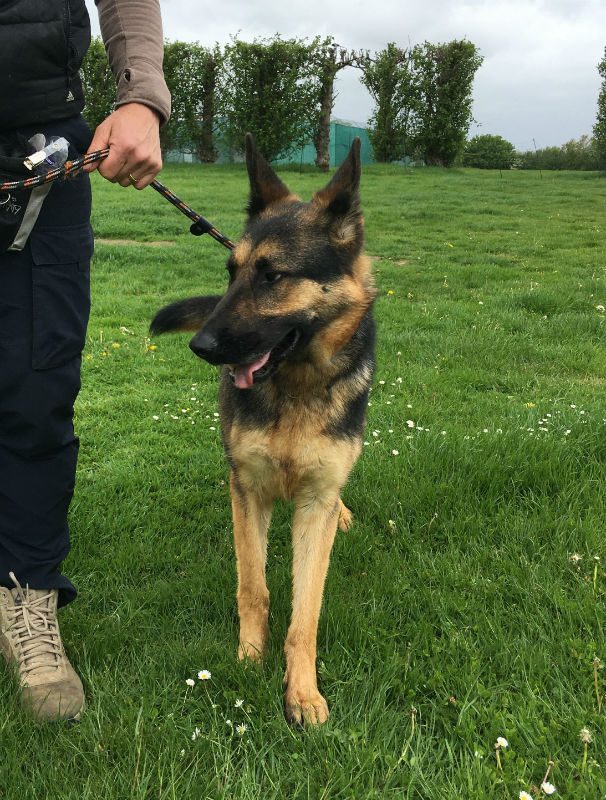 This handsome lad is Sniper who will be 3 in August. He is neutered and microchipped and we are told his vaccinations are up to date. Sniper was purchased from a breeder who had to rehome him last October so her friend and her family took him on. Sadly his owner has recently been widowed and is now struggling with the children and Sniper’s needs so has made the sensible decision to rehome him. They will also be emigrating in July. Sniper is currently in commercial kennels.

We are told that Sniper is fine with children he knows, as can be seen from the photos. His owner says he is strong on the lead and does not like other dogs. He also needs to be managed with people in the home. Our volunteer visited Sniper at the kennels to assess him and found him have basic commands, took treats gently and no signs of aggression. He did show some aggression towards other dogs but not to an extreme extent.

Sniper is a typical young lad who just needs a GSD experienced home as previously we feel he has felt he needed to take on the protector role with his family. He needs further training and boundaries and of course work with his socialisation with other dogs.

Sniper has been adopted.