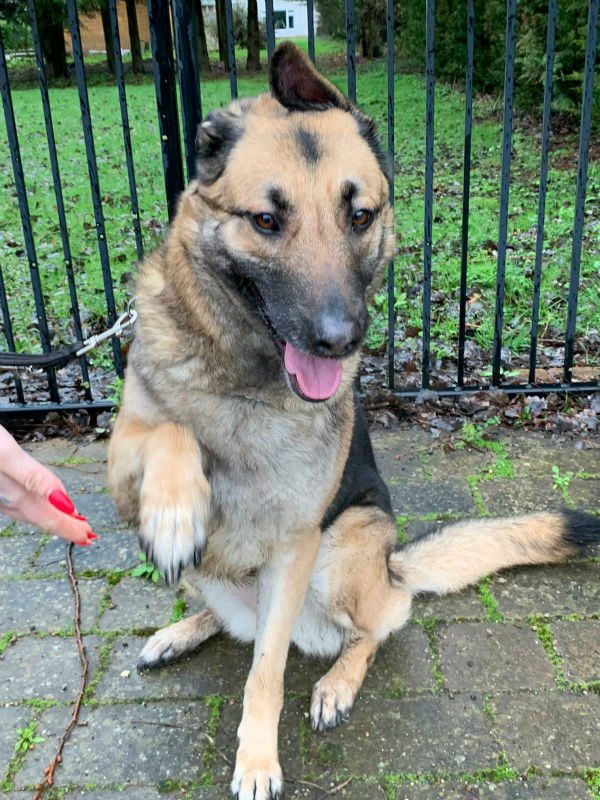 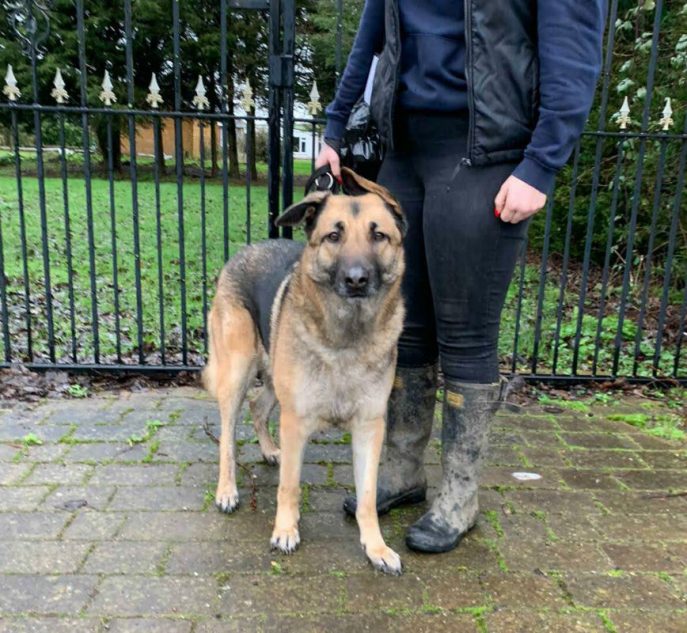 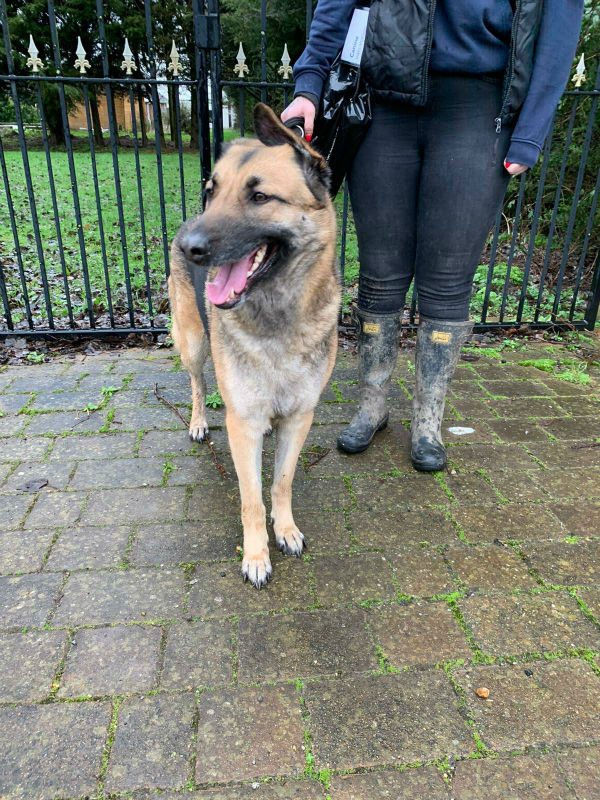 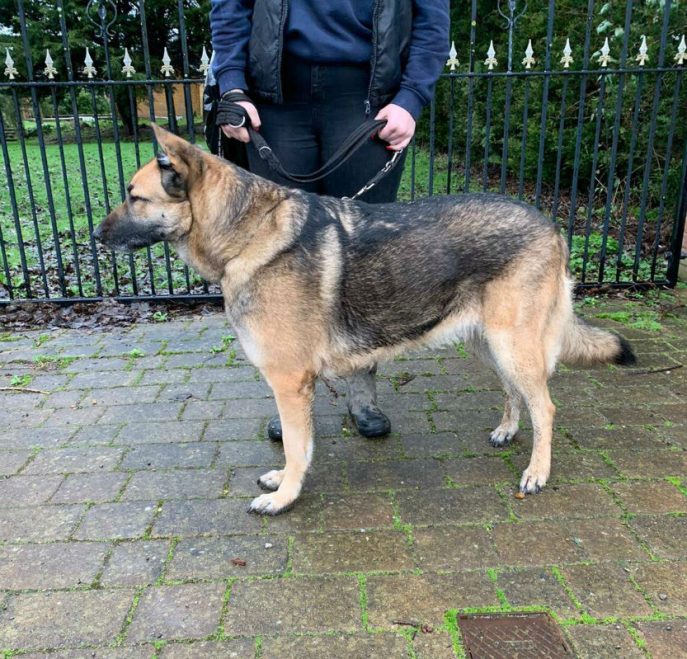 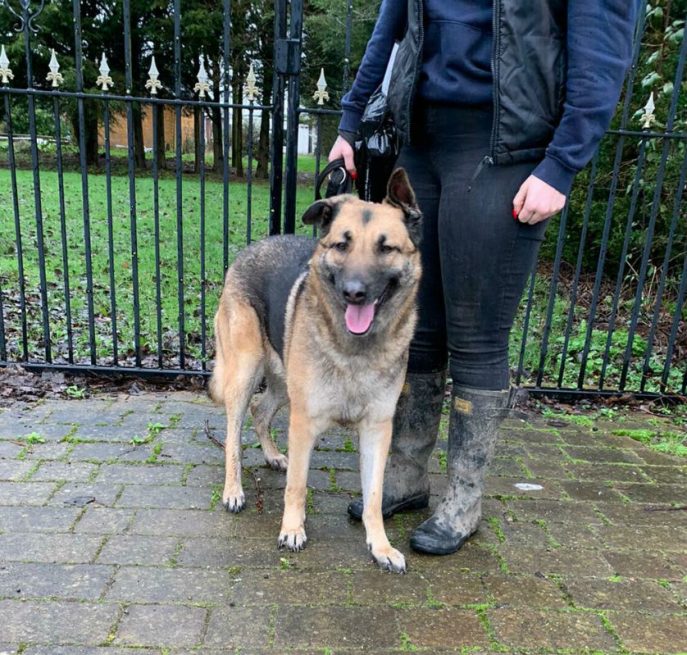 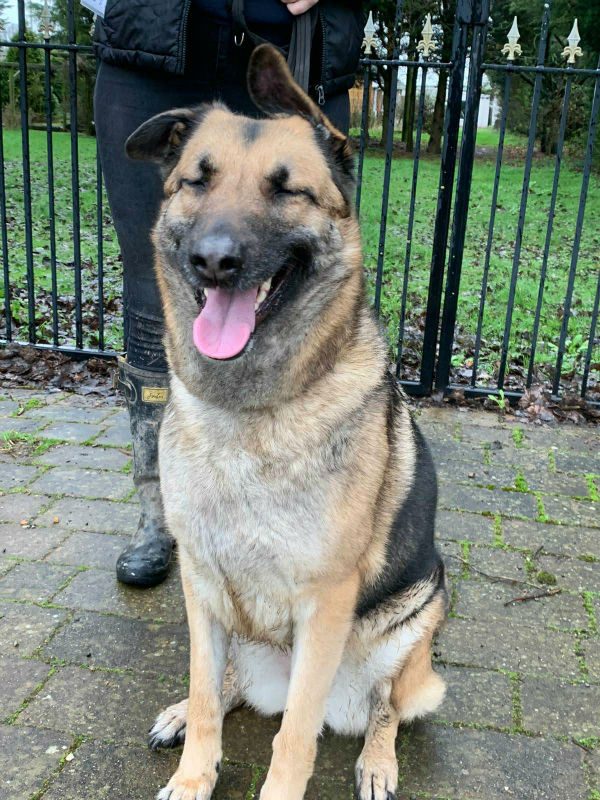 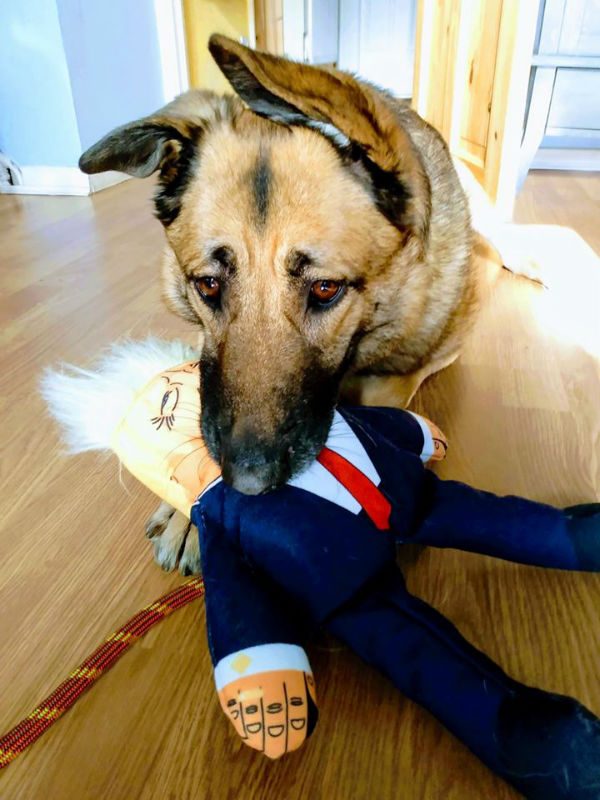 Sophie is not quite a full GSD maybe. She is 4 years old and we have just restarted her vaccinations. She is microchipped and currently in season so can be spayed in mid April. Fine with older children and ignores other dogs. A no to cats.

Sophie is being rehomed as her owners cannot cope with her as she has bitten them  a few times, the last time being when a bone was taken off her…… her owners did say she does not like her food or toys being taken off her……. She walks well on a lead and has recall and basic commands.

Sophie is very food and toy orientated but very gentle when taking treats. Not keen on you looking in her mouth or having her feet touched but loves being brushed. In good condition, this lovely girl will probably excel in a different environment.

Now in foster this is what foster mum has to say about her:

“SOPHIE IS BRILLIANT! She’s everything you may want from a German Shepherd. She may have wonky, puppy-like ears but there is nothing half-shepherd about her!

She is friendly to people and dogs – usually ignores them and if says hello to other dogs, she’s submissive and friendly. We don’t have many encounters due to social distancing but those we’ve had were very positive. Ignores joggers, bicycles, motorcycles and is mildly interested in horses.
She’s fun to be around, a great dog for active people – she’s a good jogging companion and loves long walks. She’s curious about everything – bless her, she must have missed out on so much, not having much walking outside in her previous home. She is like a big puppy, really!
She’s got great recall – or rather, she just wants to be with you all the time so doesn’t really go far. She latches on to one person, as Mitchell said… I have a GSD-shaped shadow all the time! She would love to have a doggy companion at home – as long it’s a similarly young, active dog. Our Aramis really dislikes her

🙁 She would LOVE to play with him but he is a grumpy old man + far smaller than her and he gets SOOOO annoyed. And she either doesn’t get that he’s really angry and not playing because she always responds in a play mode, or she does know it perfectly well but she finds it funny to wind him up. I can’t figure.
Fully house-trained, no problems here. Already learned to wear a harness – she’s generally very responsive to new stuff. Doesn’t like her paws touched but we’re working on it. I haven’t noticed any resource guarding.
She doesn’t seem to like cats – she has definitely an adverse reaction to my neighbours’ cats and with all her bounciness, I wouldn’t try to get her used to cats in the house. It could be too stressful for the cats.
I think that’s it for now… I would LOVE to adopt her, she’s everything I’m looking for in a dog but Aramis is voting NO loud and clear :((“

Location:
London
Sex:
Female
Age:
4 years
Neutered:
No
Good with children:
Yes - Older Only
Good with other dogs:
Yes
Good with cats:
No