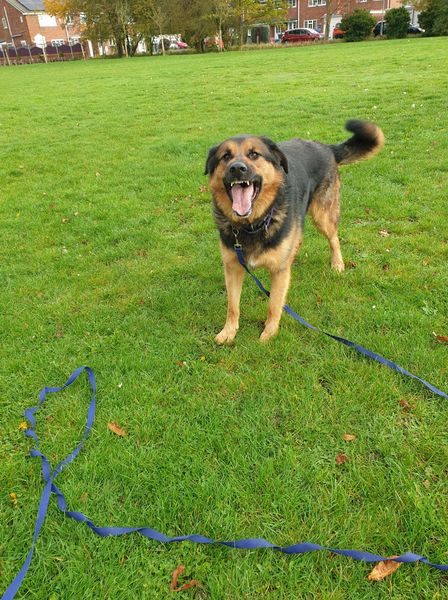 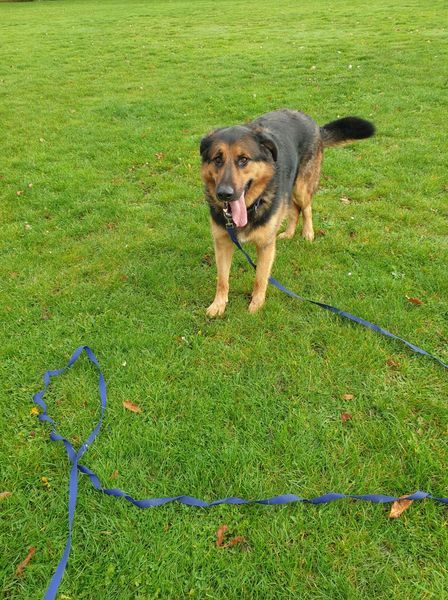 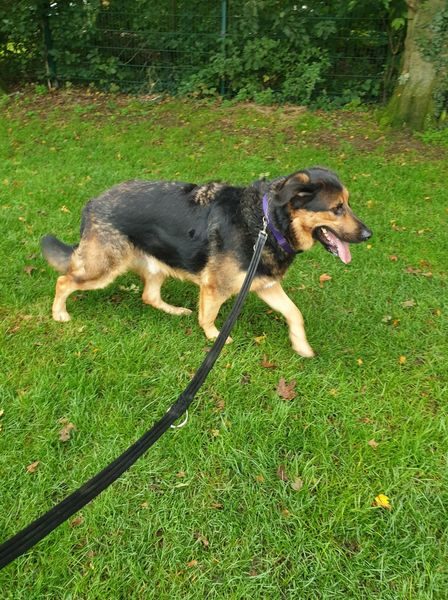 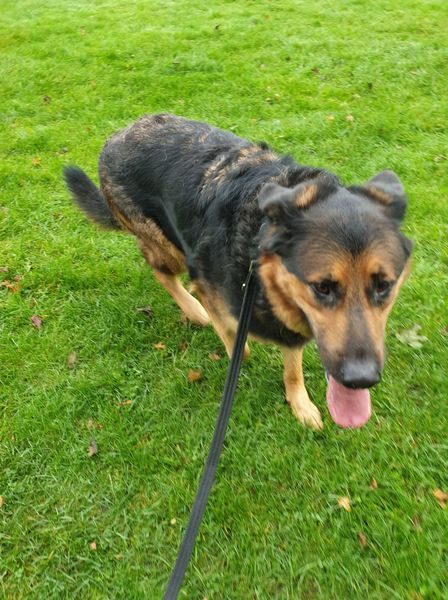 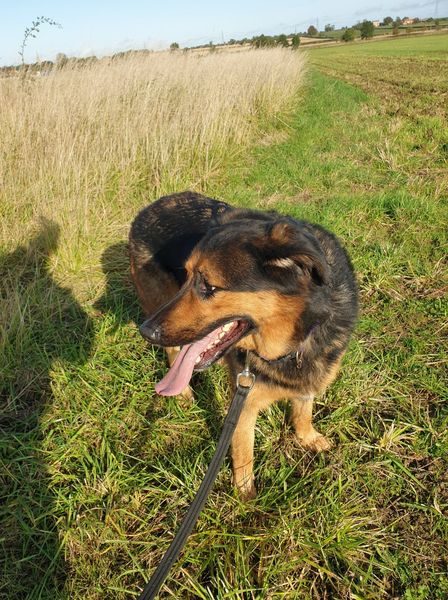 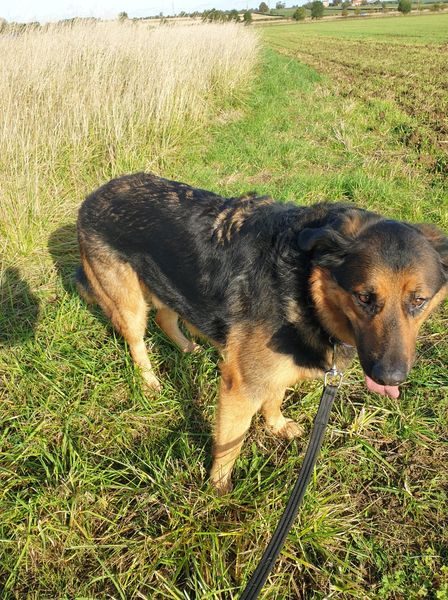 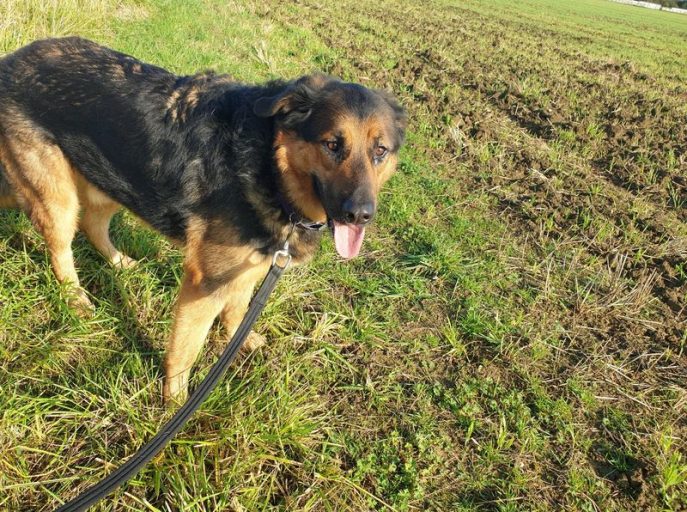 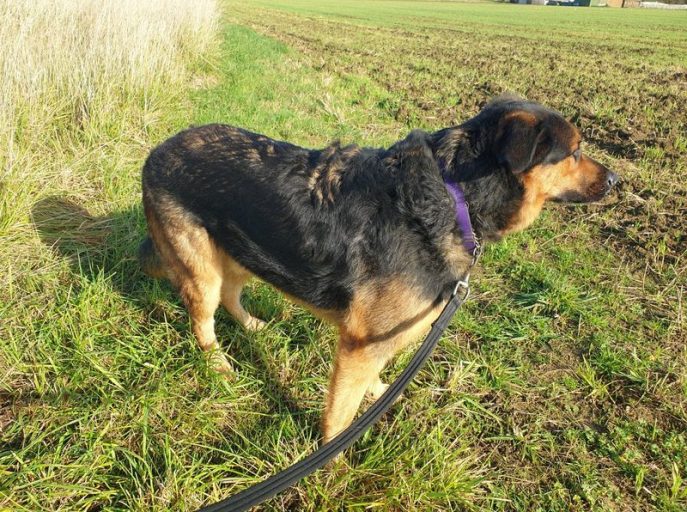 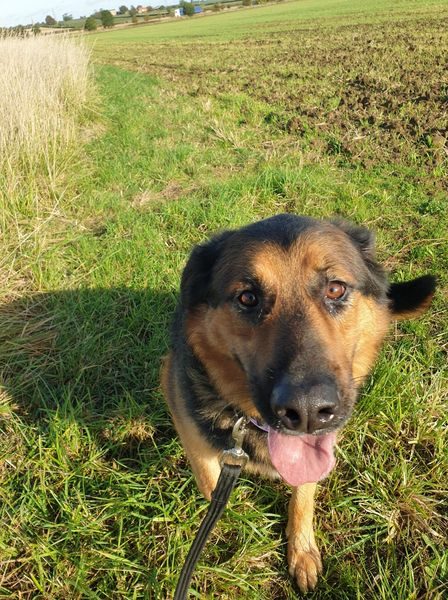 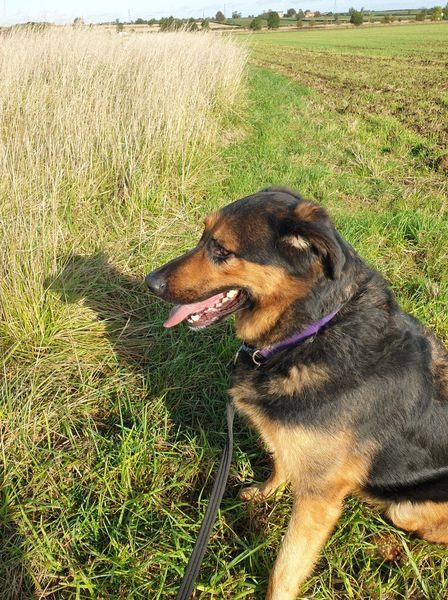 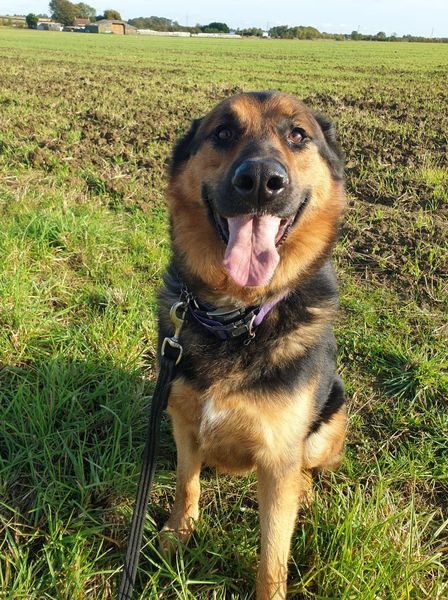 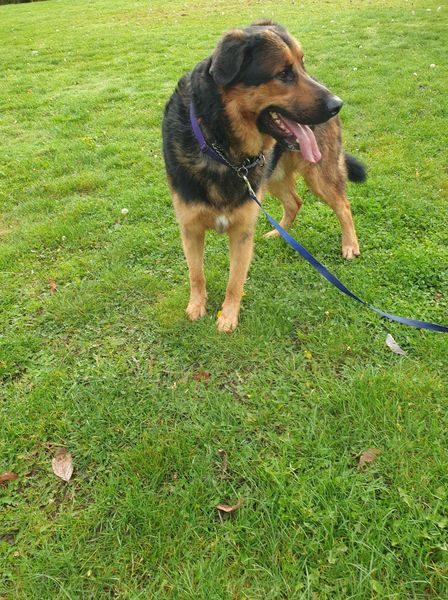 Toby came to us with his sister Phoebe after they escaped from their last home and attacked a sheep. Toby is a large and strong Bernese Mountain dog X German Shepherd and as such is a cross of two working breeds and needs to be kept physically and mentally occupied.

When I took him out he travelled fine in a crate in the back of my van. Park Toby ignored cars that went past as we walked from the van to the Park. As we entered the Park he was very interested in all the smells and scents that can be found in a busy public place and although he pulled on his lead it was from smell to smell. Away from the nice smells Toby will pull on the lead but this is can be corrected with training, something that given his breed Toby will enjoy. Toby will walk OK on a long line often looking back to see where his handler is. Toby has basic commands like sit and come but will take his time in responding to them. He showed some interest and played a little with the ball but was not excited by it.

So far Toby has been fine with all the people he has met but will look to his handler for reassurance at times.

Toby has met other dogs whilst out and with careful introduction has been fine with both males and females so far although all have been calm dogs. I would be careful and keep him on a lead around smaller dogs. Toby will chase cats and if he catches, will probably kill them as he does show aggression when chasing them.

Toby is a lovely boy who should respond well to training and in the right home will make an excellent addition, he may also like his sister Phoebe as company.

Cats…. No
Livestock … No
Dogs.. careful introduction (larger only?? After his reaction to cat may be same to small dogs)
Children.. Older as background with children not known.
Vaccinations to Oct 2020