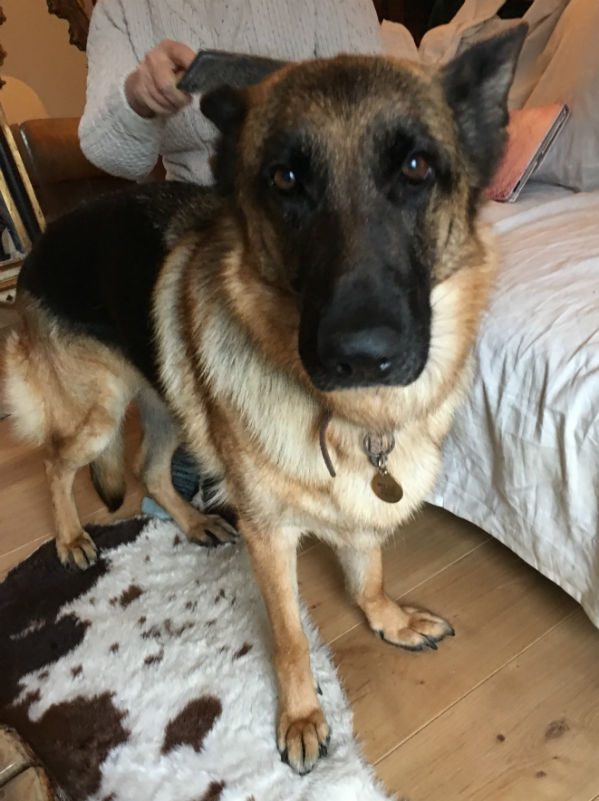 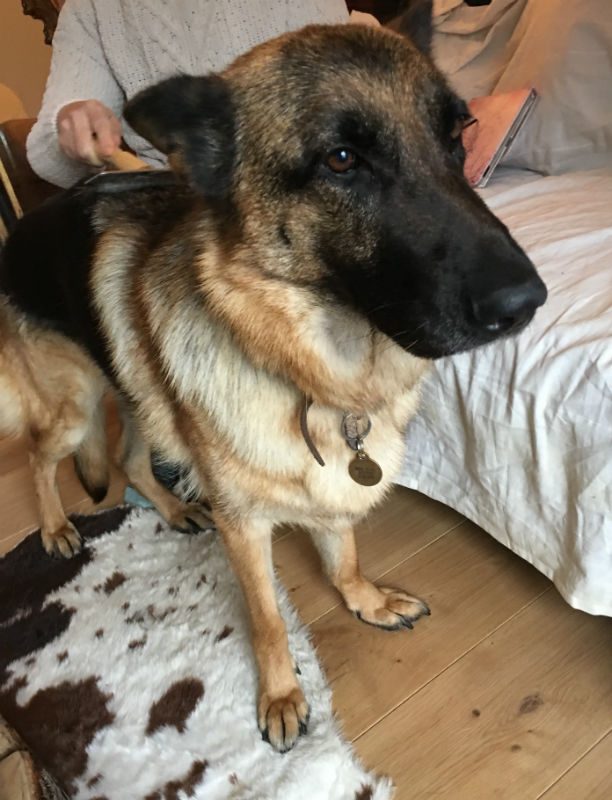 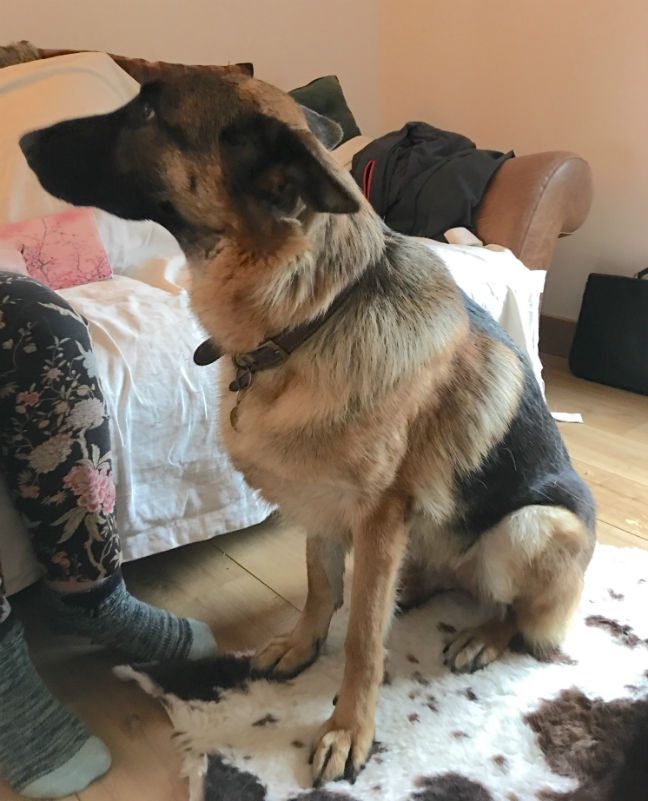 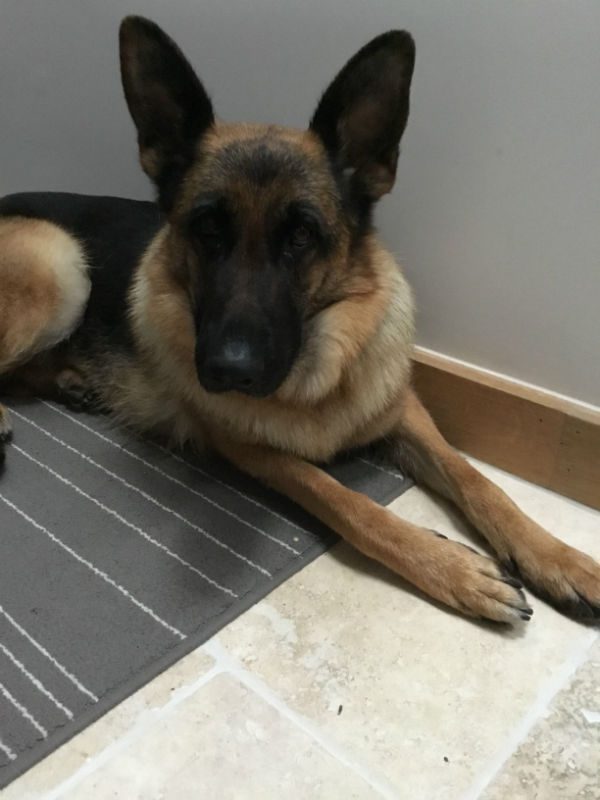 May I introduce Torvi who we are told is 3 years old. Not known if spayed. Vaccinations have been started. She is microchipped with a foreign microchip however. We were asked to help Torvi who had been recently taken in by a family who did not have enough experience and the new owner also discovered she was allergic to her.

We would not rehome with young children as we do not know her history. At her assessment we were told Torvi is dog reactive on lead but we believe a lot of this is due to a lack of socialisation but is certainly something that will need to be worked with. Consequently she would need to be the only dog in the home. A no to cats.

Torvi is fine with people and greeted our volunteer wanting a fuss, with no barking or jumping up. Seemed very relaxed and calm. Will need some further lead training as she can pull, and recall ok if no distractions. Has basic commands. Has shown no issues over food or toys.

In the right home, with GSD experienced owners, Torvi will flourish.

Torvi has been adopted.