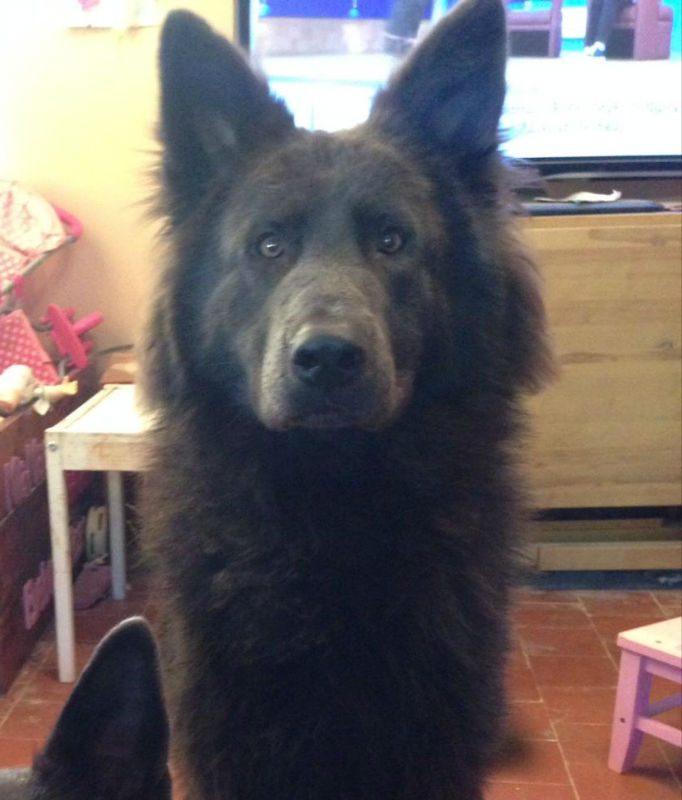 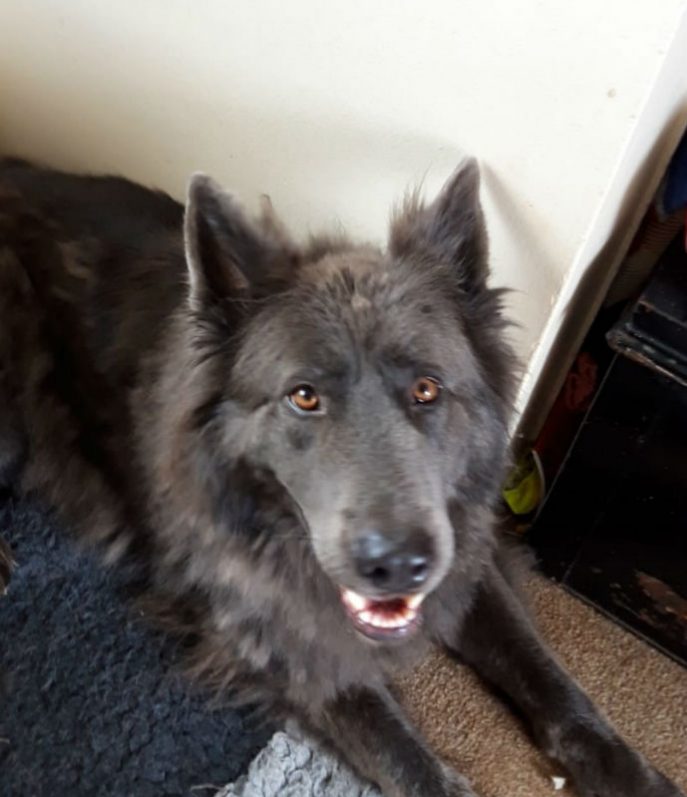 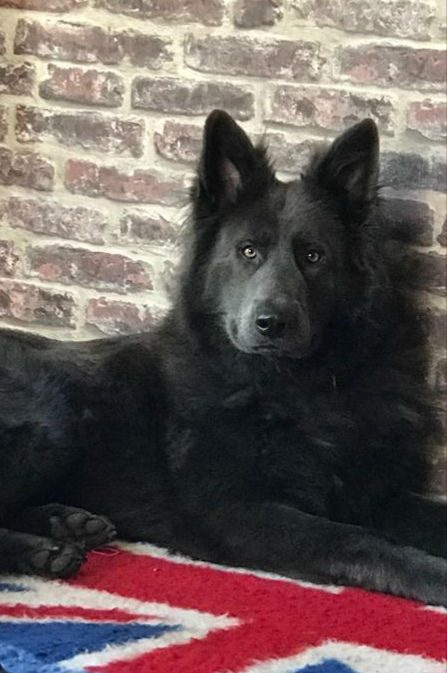 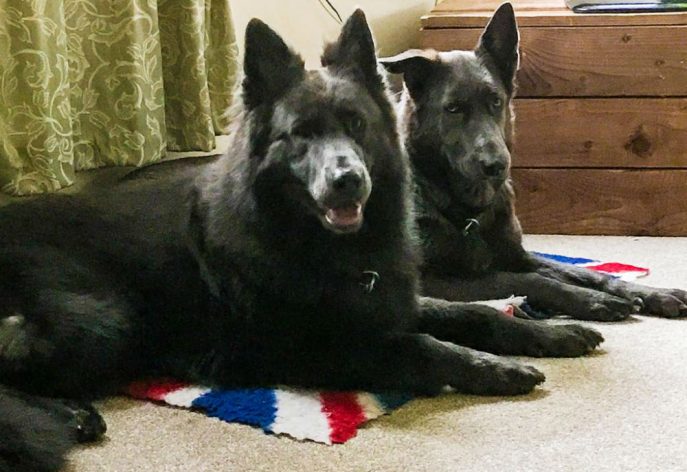 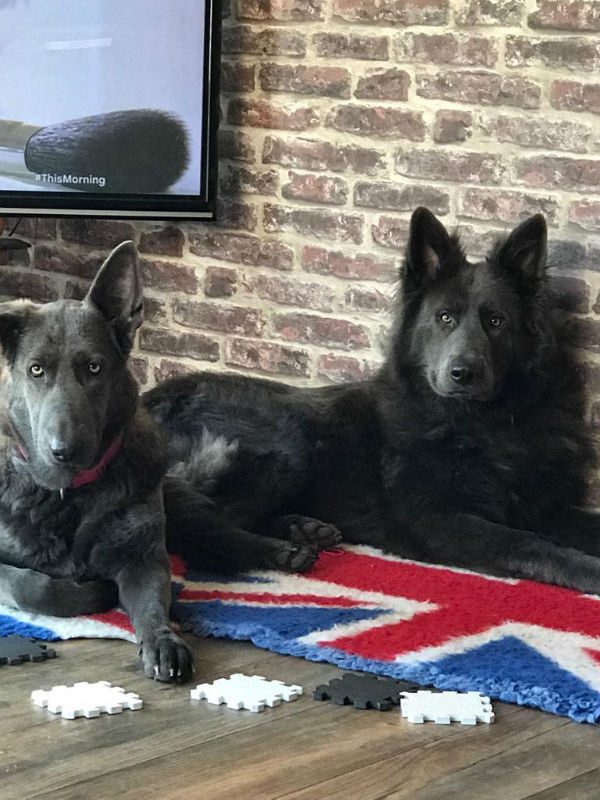 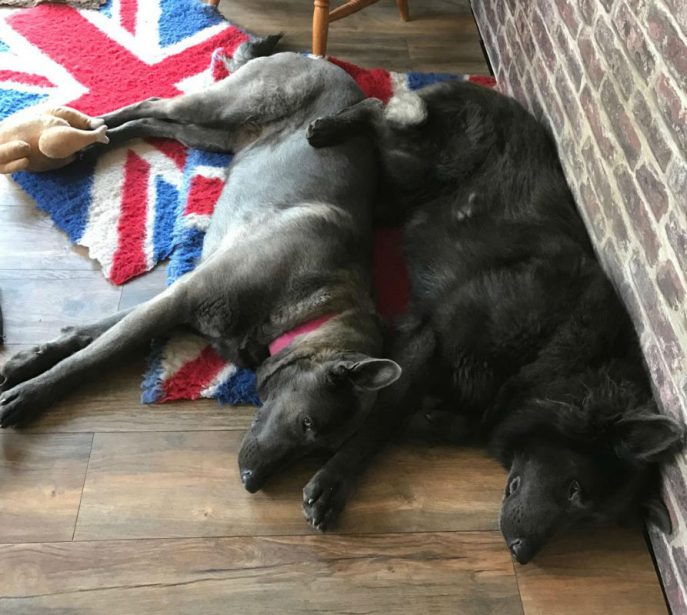 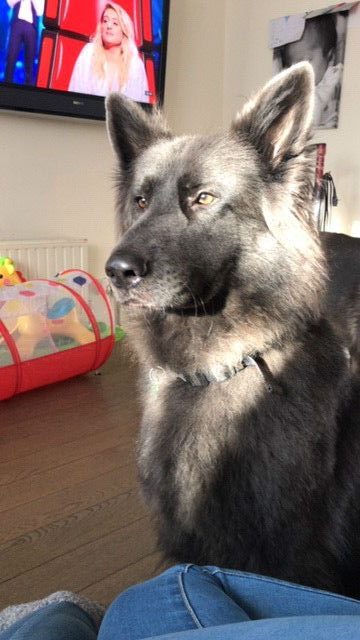 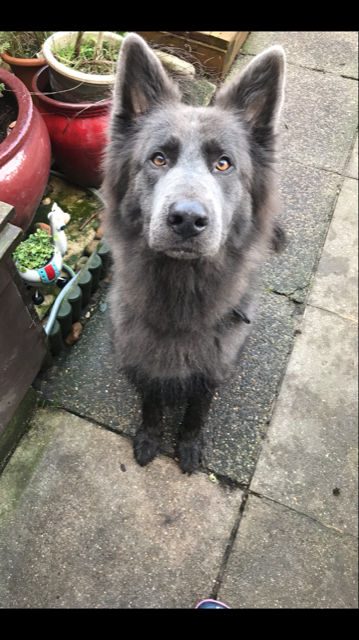 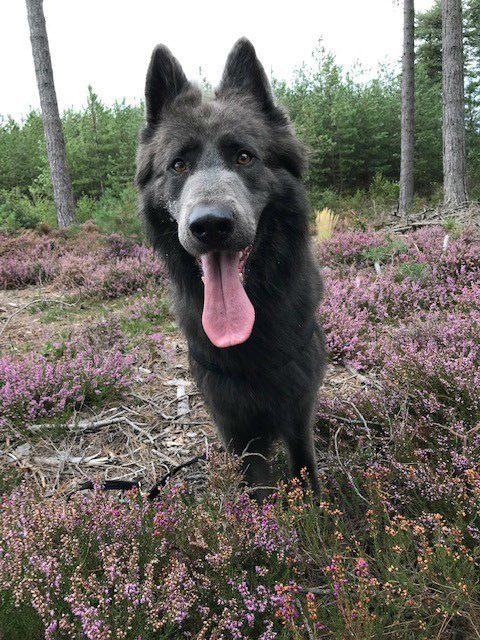 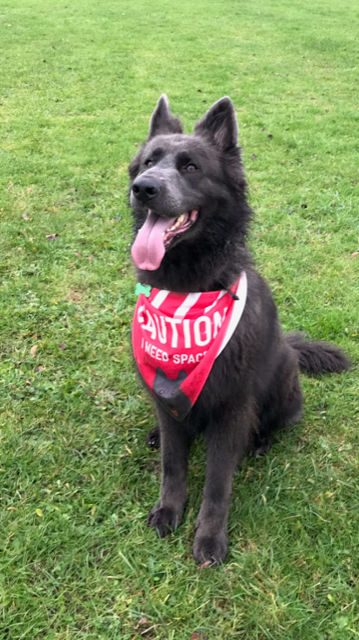 Winston was adopted with Blue but is in need of a new home for his benefit please. He is 4 years old microchipped and now neutered. This is what his mum has to say about him:

“Winston is a stunning Blue German shepherd. Originally Winston was homed with his partner (which they were bred 2x litters). But quite quickly became apparent that they have been treated as litter mates along side for breeding, creating an unhealthy relationship with the dogs. Both dogs adore each other but Winston is relentlessly hen pecked by his partner and from the breeding Winston tries to maintain guard over her when out and about.

Unfortunately this combination has created an extremely anxious dog when out seeing other dogs, when he arrived he would have panic attacks.  Winston is muzzled because he will snap at dogs if they approach him on his lead. Over the last six months with us Winston has drastically improved. Winston is a very different dog when walked alone and desperately needs to find his own confidence. He no longer has panic attacks. He seeks a leader in people, and so desperate to please.

Winston is in a busy family home and is fantastic with young children, currently with a 6 year old and 18 month old. However he would benefit from a house that is quieter as he is very easily startled. When Winny arrived he would wet himself over the slightest movement or sound that would startle him. But again this has drastically improved. Though nervous, he has never shown any form of aggression with people.

In return Winny is not only beautiful but so very, very desperate to be your Velcro dog. He gives full body wiggles to greet you any time you walk back into the house, or wake up in the morning. Making you happy is Winston’s drive. Winston doesn’t know how to play with toys (he hasn’t been given a chance as his partner will bite him for the over excitement) though he has started to show a very silly side.

Winston is very German shepherd in behaviours, barks at the door or anyone walking in – though there is no malice in this.

When off lead he stays within range and will heard around a his family. His recall is incredible – even when coming across other dogs. However he will give chase to squirrels, cats and birds if you let him.  Loves a game of making birds take off! He enjoys obedience training. He knows sit, here (come), wait (stay) at long distance and for food, down, paw.

Definite no to cats. Pays no attention to horses and cows, not seen with sheep.

Winston arrived fairly matted and had a lot of hair cut but has grown a beautiful winter coat. Under the fur it was realised he was seriously under weight, almost skeletal. He has since gained muscles through front and back legs but still needs to be worked on for weight gain.  No health issues from this.

A lot of work has gone into Winston and he pays back in his intelligence and need to please. He seeks a calm and confident home who can take him to new places, to watch other dogs etc to continue his training. Winston has his bed under the stairs and uses this as his ‘safe space’. He would do well having his own space/crate, but at the same time someone who will not pander to his behaviours.

Winston is only being rehomed over his partner because we understand we can not give him the full attention and time he needs and craves. Winston is very loved and new owners must understand he may go through initial separation anxiety but a lot of 121 work with Winny Has already started to help transition thought this.”

Winston has been adopted.