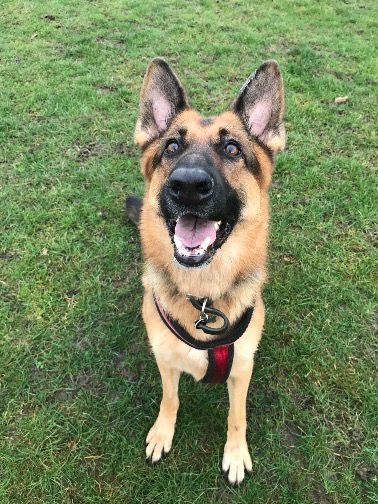 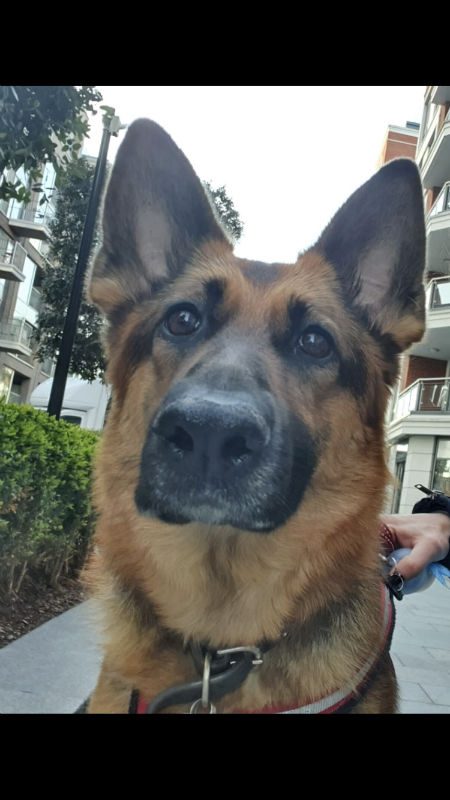 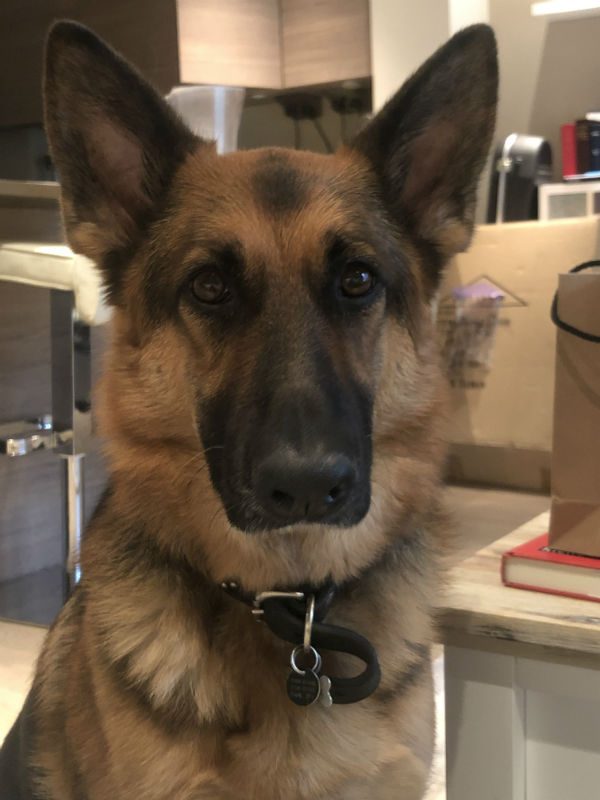 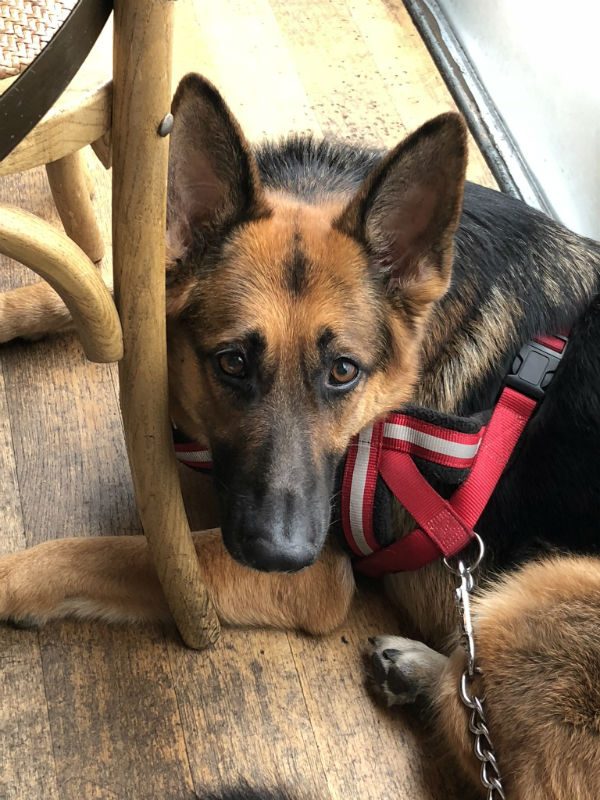 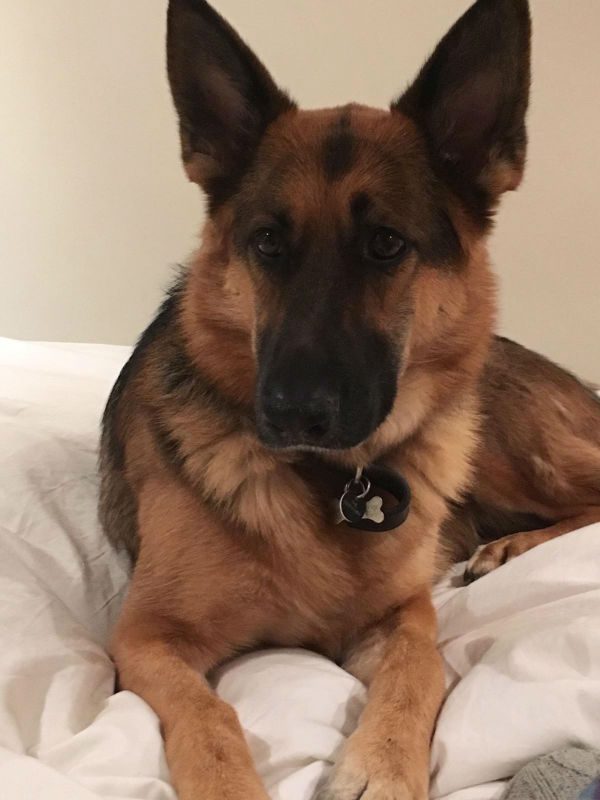 Abbie is pedigree GSD female who is spayed and microchipped.  She was born in the USA and lived in Los Angeles for the first four years of her life.  Abbie will be 6 at the end of July.  Looking for a new home as accommodation is not really suitable, and she is being left longer than liked, and her reactiveness to other dogs when on the lead is becoming an issue.

Little Abbie has a wonderful temperament in the home and is well trained.  Not food orientated or toy possessive with humans, she is affectionate without being demanding.  When out on the balcony, she does bark at other dogs but not for very long.  Almost, a “keep your distance” message.

Abbie walks very well, to heel on the lead and ignores the traffic and people bustling around. Is not phased by bicycles although could be a little anxious at sudden loud noises but essentially no real problems. She is alert to her surroundings without being too focused. Having said that, she does have a prey drive and it is a no to cats. She likes chasing pigeons and other animals in the park.  Her attitude to other dogs is highly selective. A GSD that she knew passed with a slight sniff acknowledgement before going to quietly greet its owner. However, a runaway Staffie got a little rebuke for hanging around too long.  Likewise a dog approaching her on a lead in the street got a bark similar to her actions on the balcony at home.  Abbie can be checked and moved on fairly easily.  It takes a little more distraction when focused on pigeons but it can be done and she resumes to walking on the lead without problem.

Abbie grew up in a different lifestyle to urban and crowded London.  She is not used to being over-stimulated on walks with so many things to chase and other dogs constantly around. She would also not take kindly to another dog borrowing her ball or other toy while outside.  Overall Abbie is a pleasure, with a quiet good temperament.  Intelligent and responsive, she would probably do well in a quieter environment. She has no health issues and looks very fit and well.

Abbie has been rehomed by her owner.