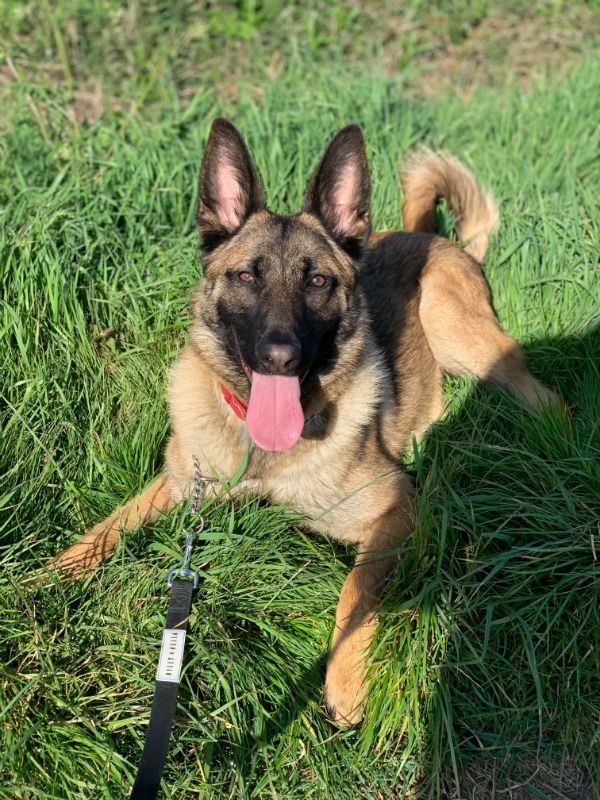 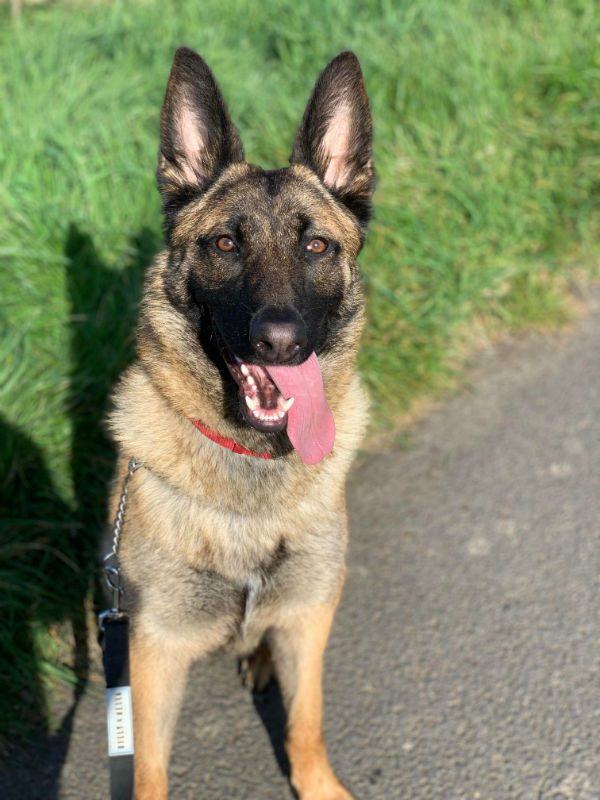 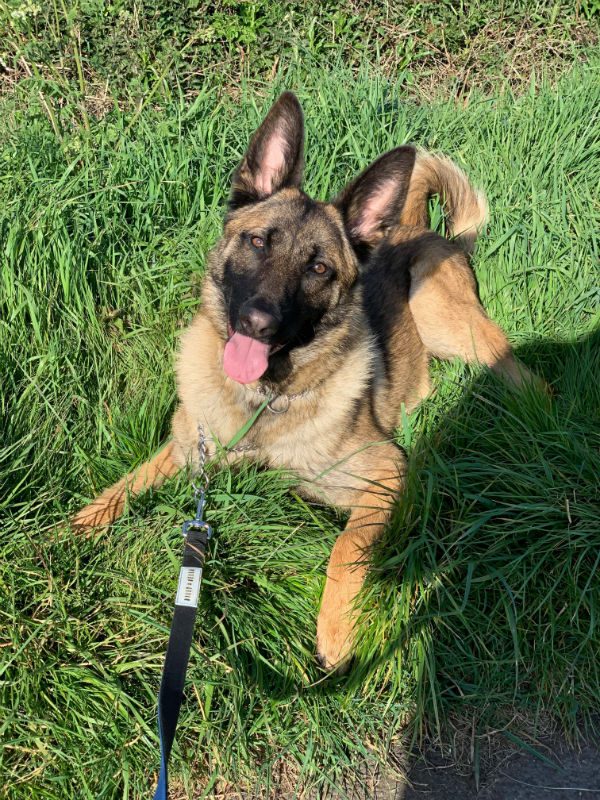 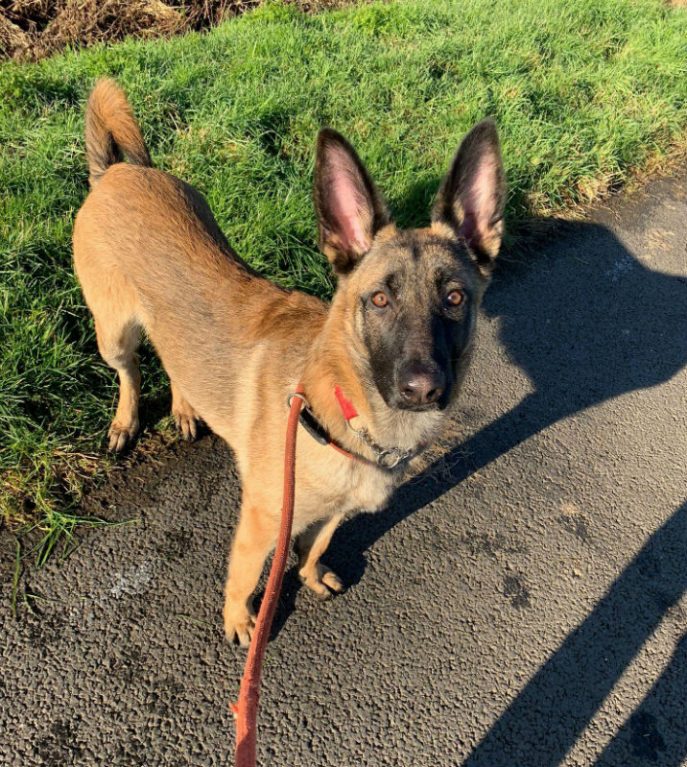 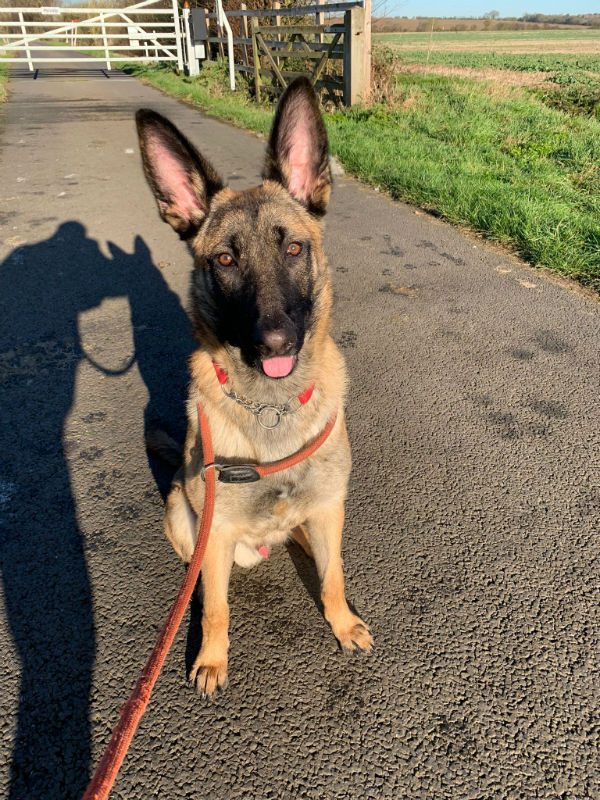 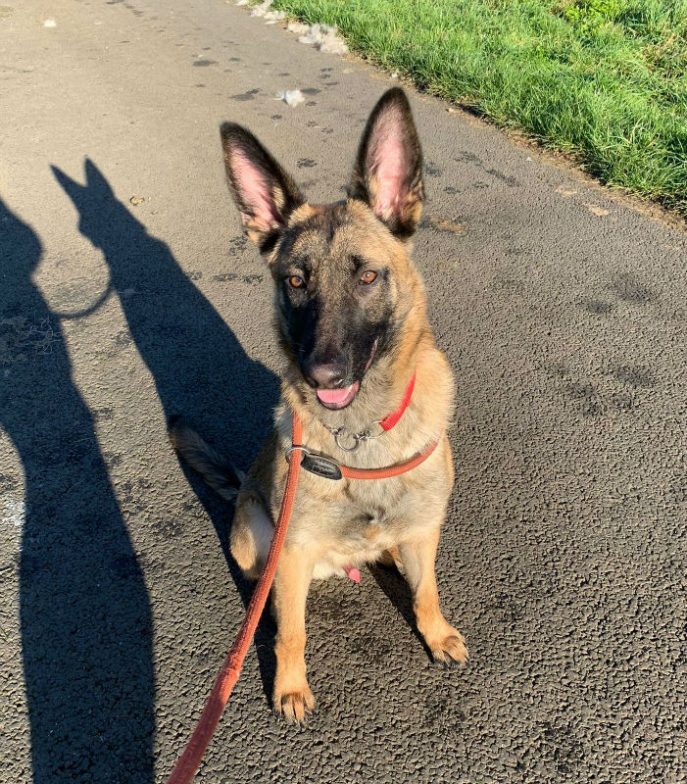 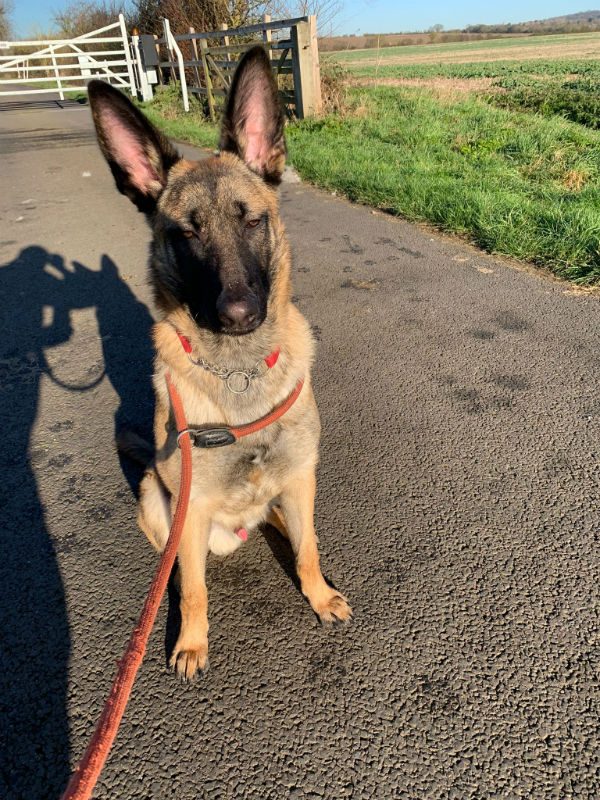 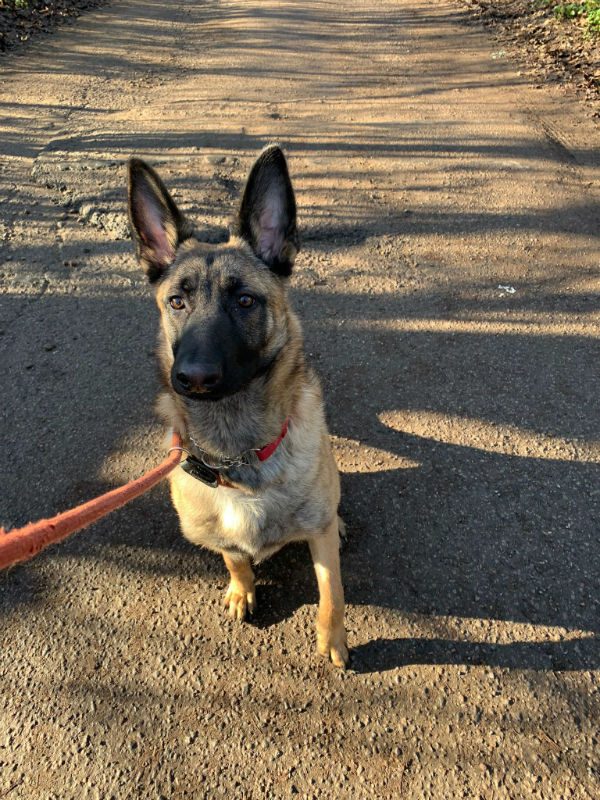 “Axel, now what can I say about this gorgeous boy who is one massive overgrown pup who doesn’t realize his size most of the time. Axel does have nervous aggression meeting people due to his rubbish start in life but he is better meeting people off lead in the paddock, and it really doesn’t take him that long to get to know people. Axel loves the female dogs so a confident female or male dog in a home would be brilliant for this lad. This lad loves a game of football and just loves loves a cuddle and to play in a puddle.”

Please meet Axel who was born 6.5.21 according to his microchip. He is vaccinated and now also neutered. We believe he is a Malinois cross GSD. We were asked to take Axel in from other kennels where he had been taken in by the police and this is what we were told:

“I’ve received this message from my boss asking if you can help. This is a new dog that came in on Friday. Very nervous aggressive but actually quite sweet when he knows you but will definitely bark and in the wrong hands bite. But before he gets put down I just wanted to see if Lizzy would give him a chance but only if it’s not a problem for her. I feel a bit sorry for him only 6 months old and been in 3 or 4 homes already and deserves a chance. “

How could we say no! Axel is quite full on, but he is settling in fine and really happy with the people he has met so far. Great toy drive and typically full on for his breed and age, but in the right hands, Axel will make a super dog.

A no to children because of his history. He has been fine with other large breed dogs but unknown with smaller dogs and a no to cats.

Axel just needs an experienced home that can give him the exercise, training and mental stimulation a dog of his breed needs, and in return you will get a super loyal dog.