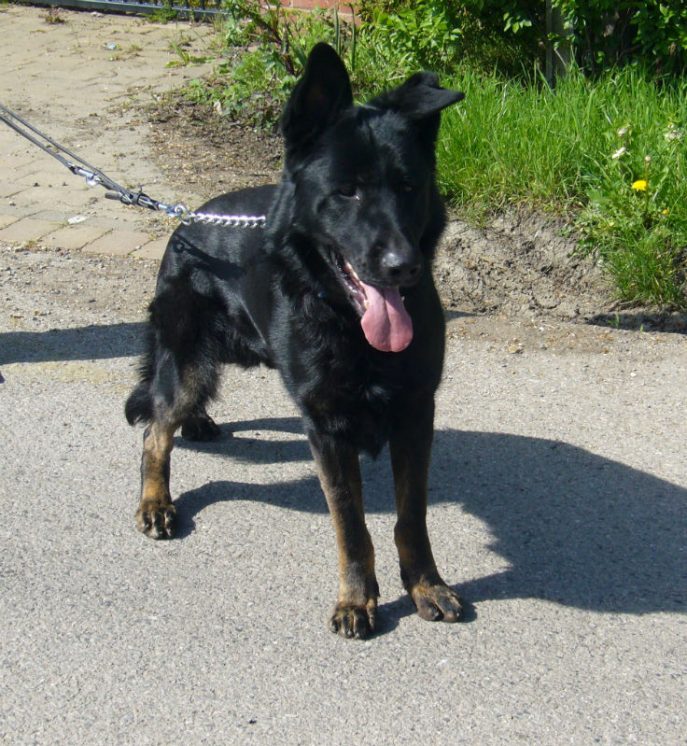 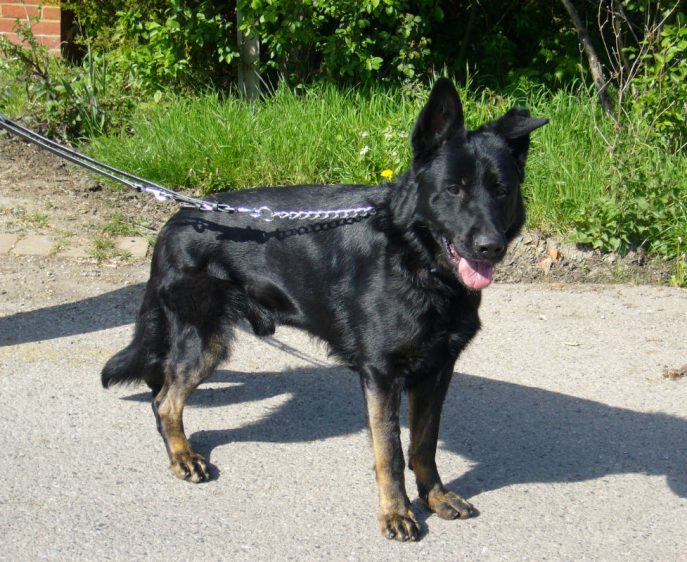 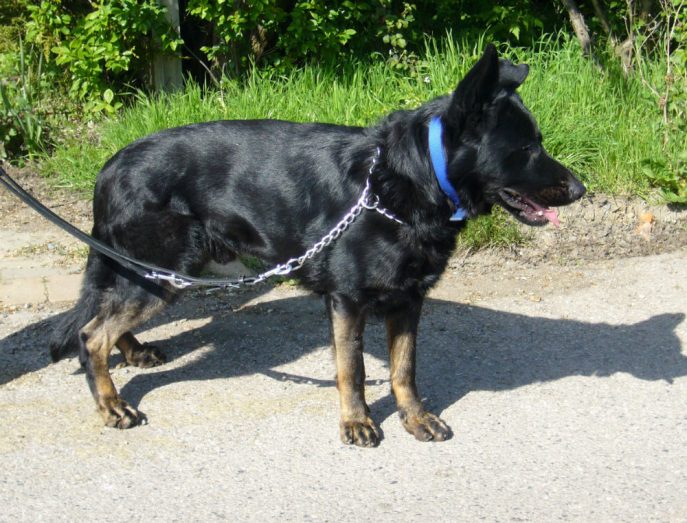 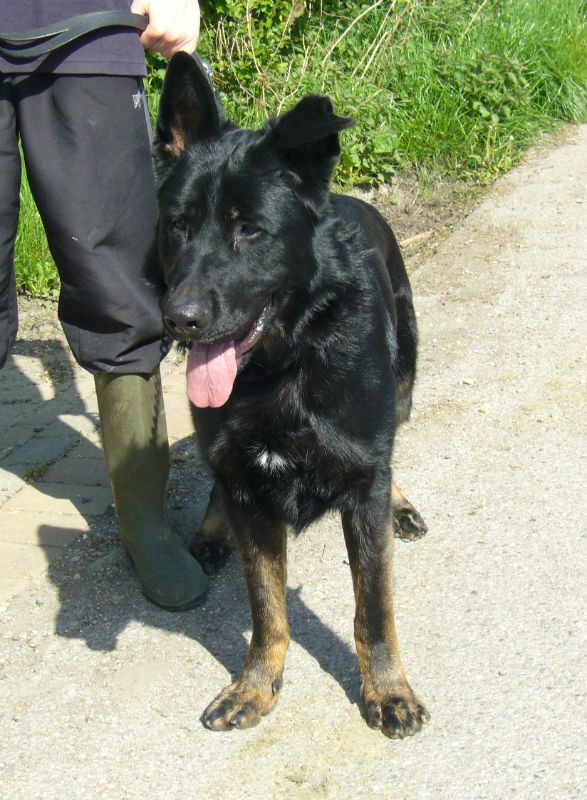 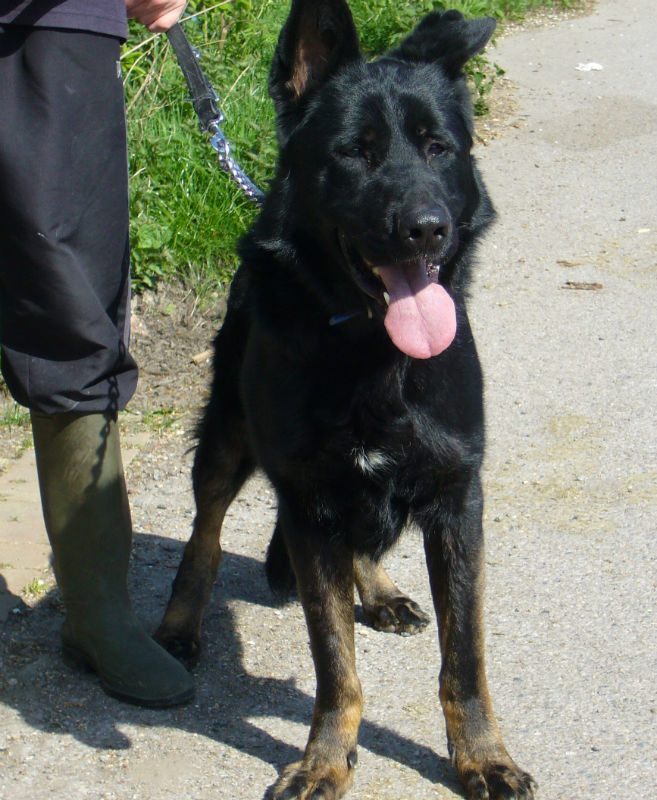 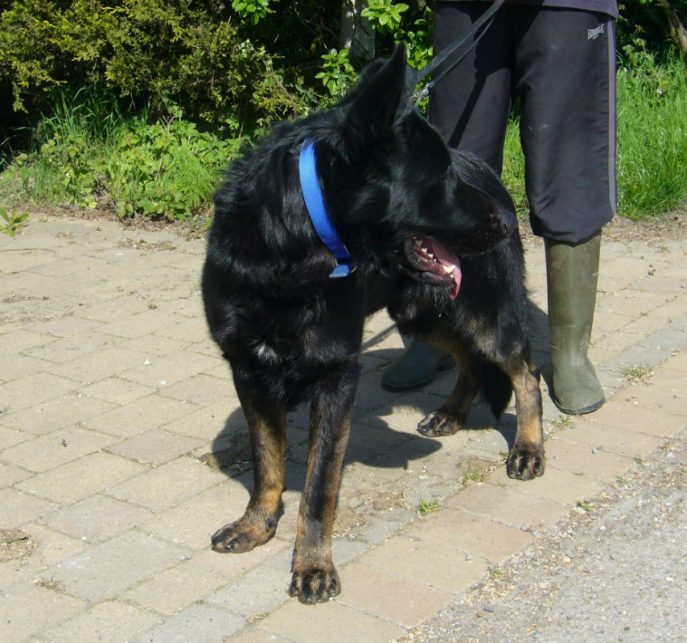 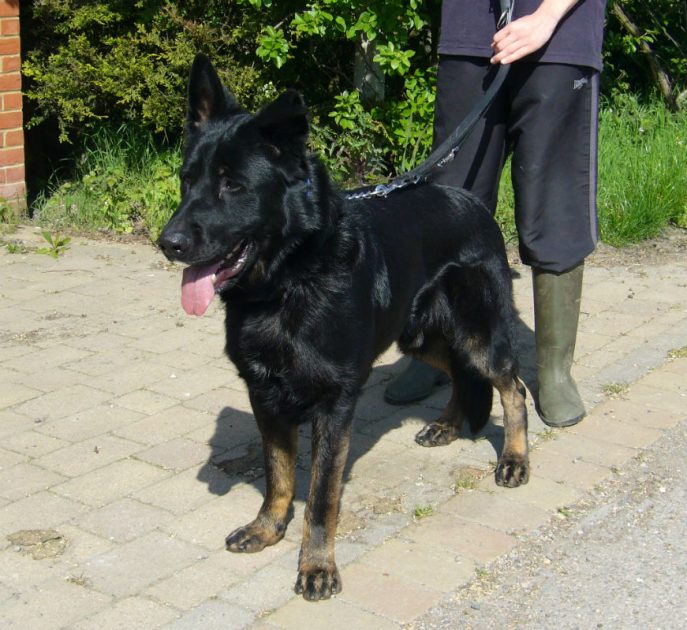 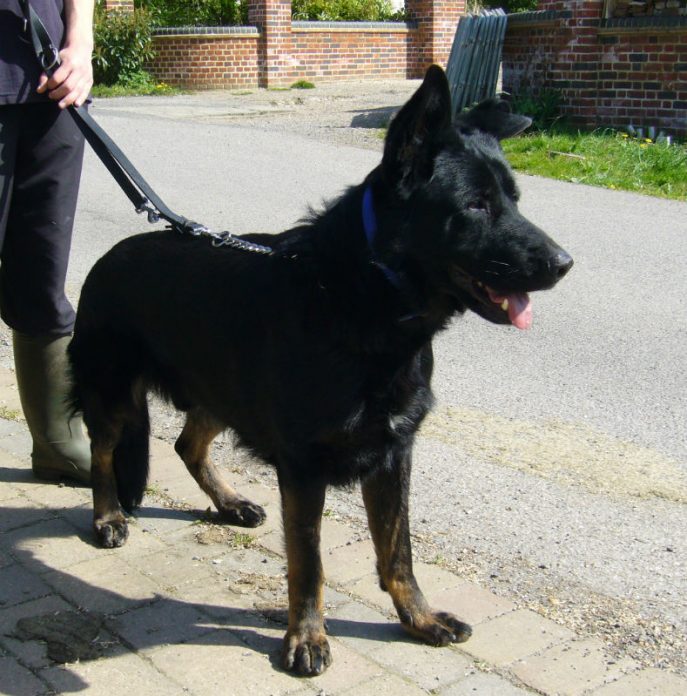 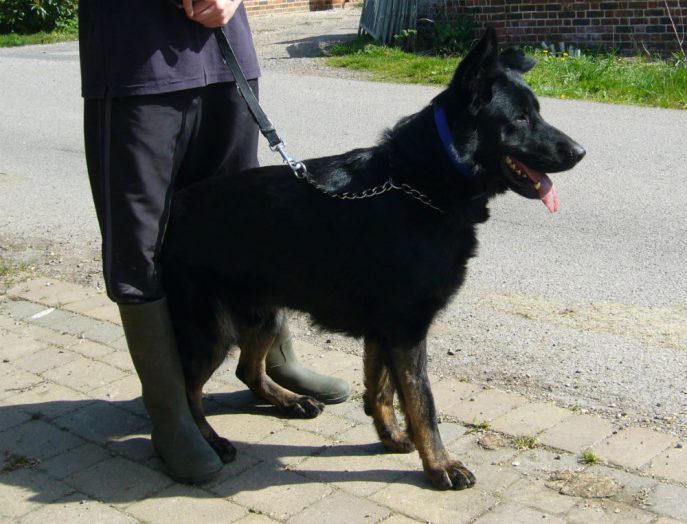 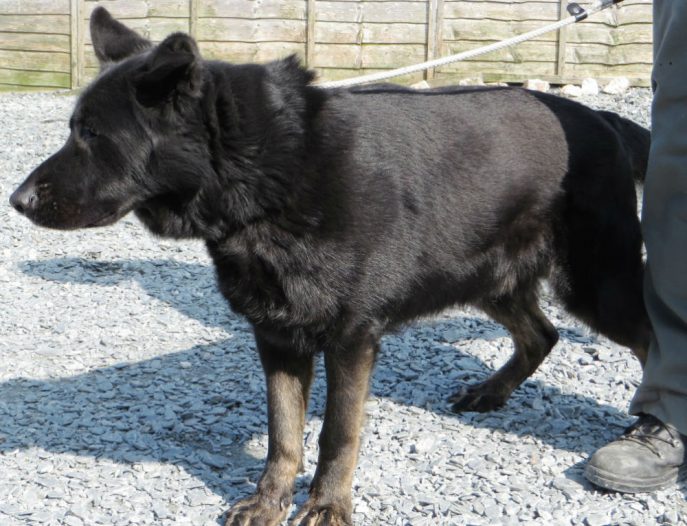 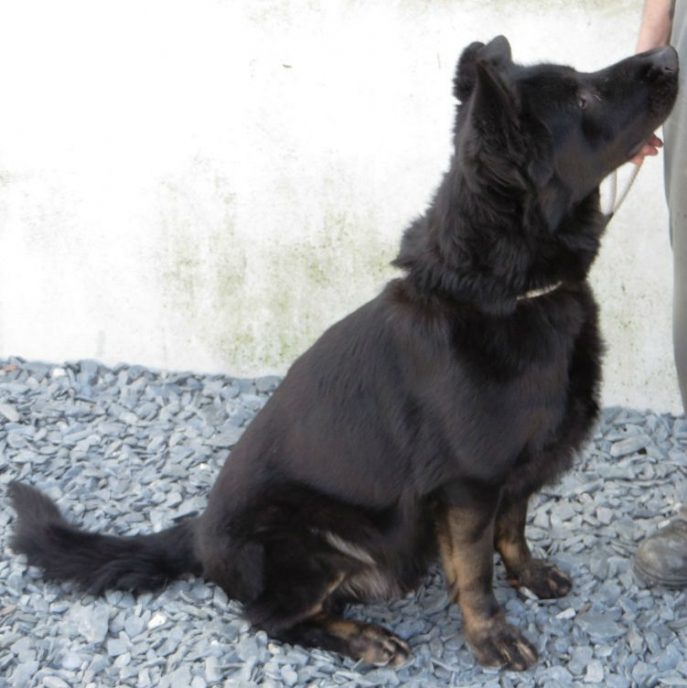 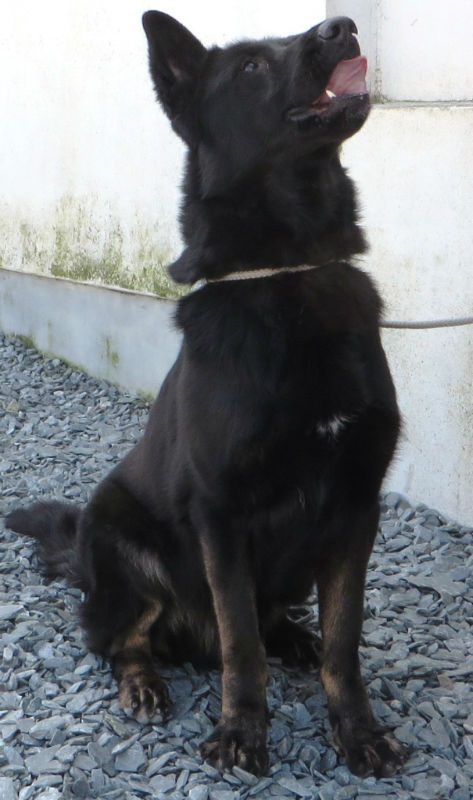 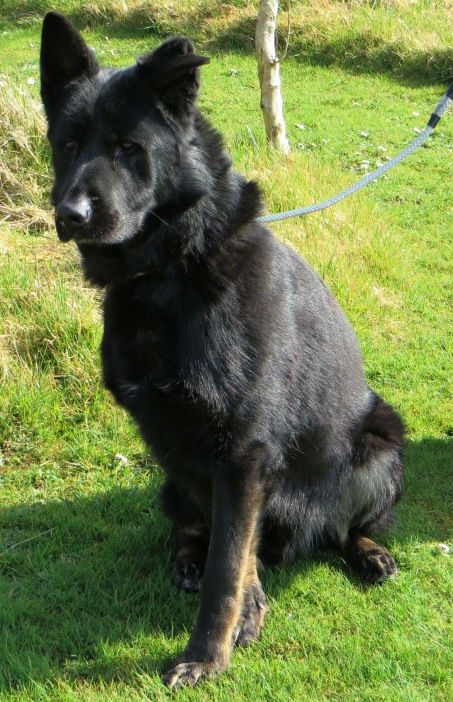 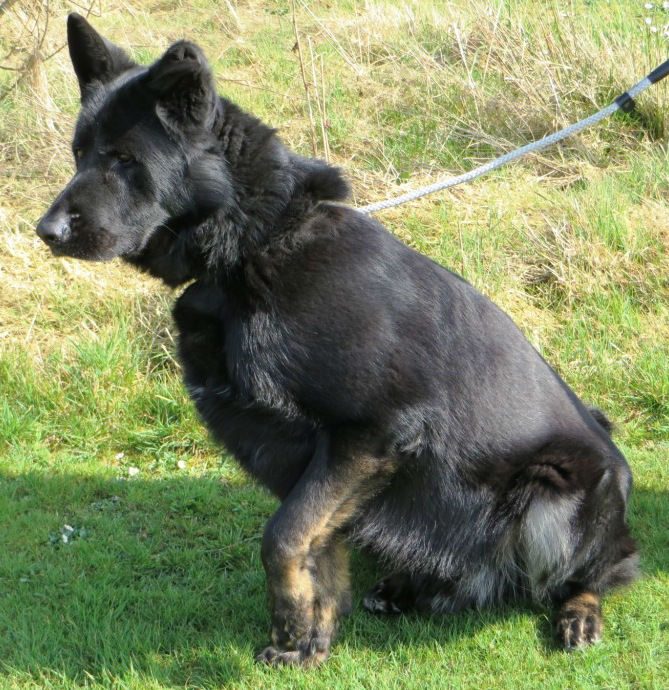 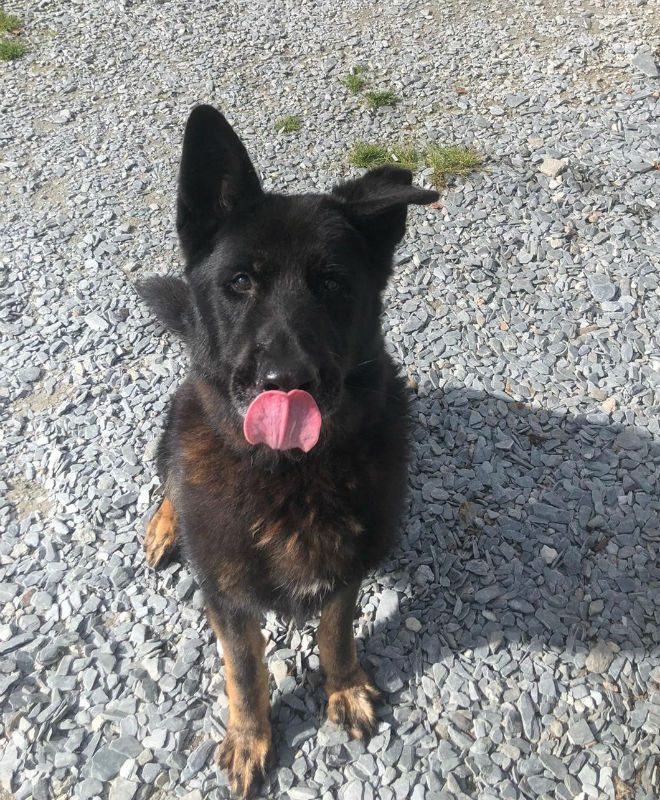 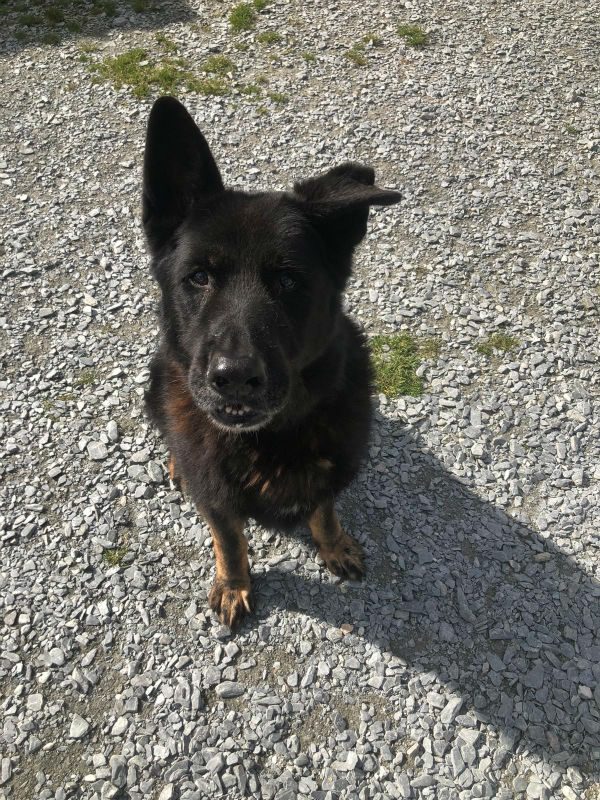 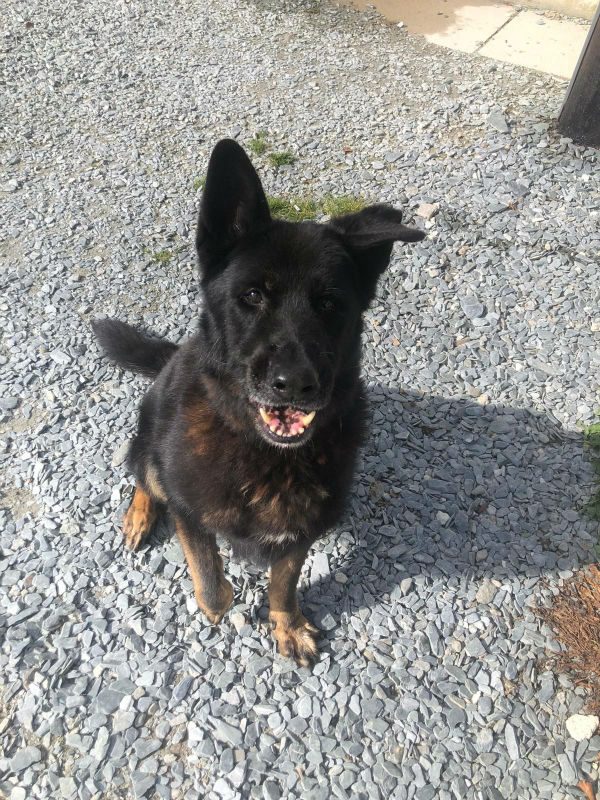 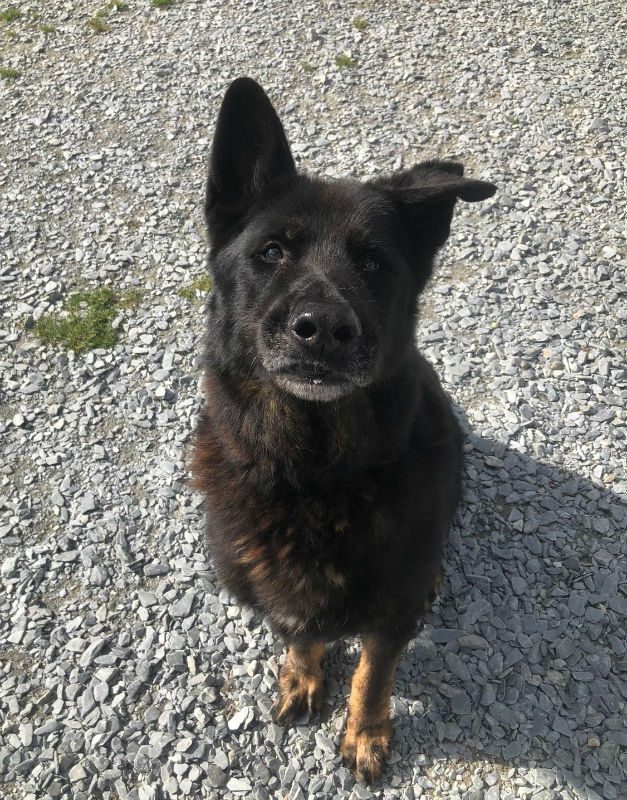 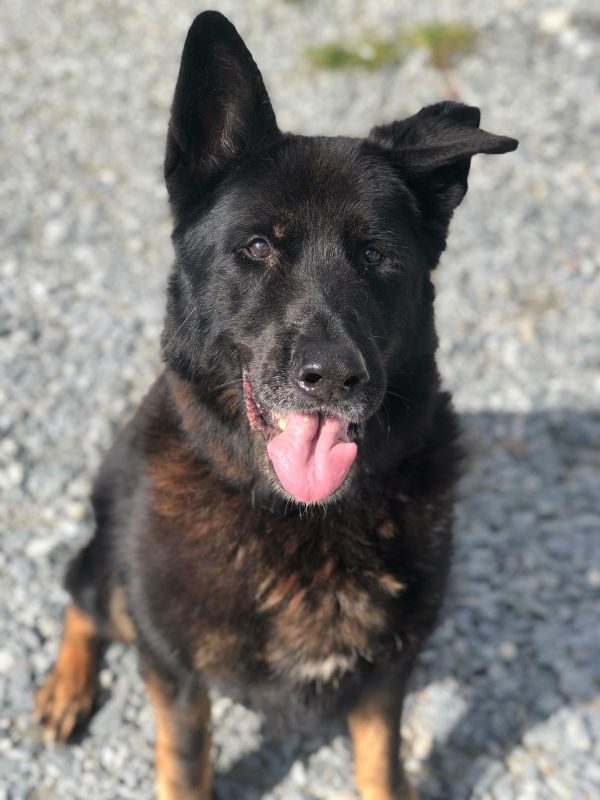 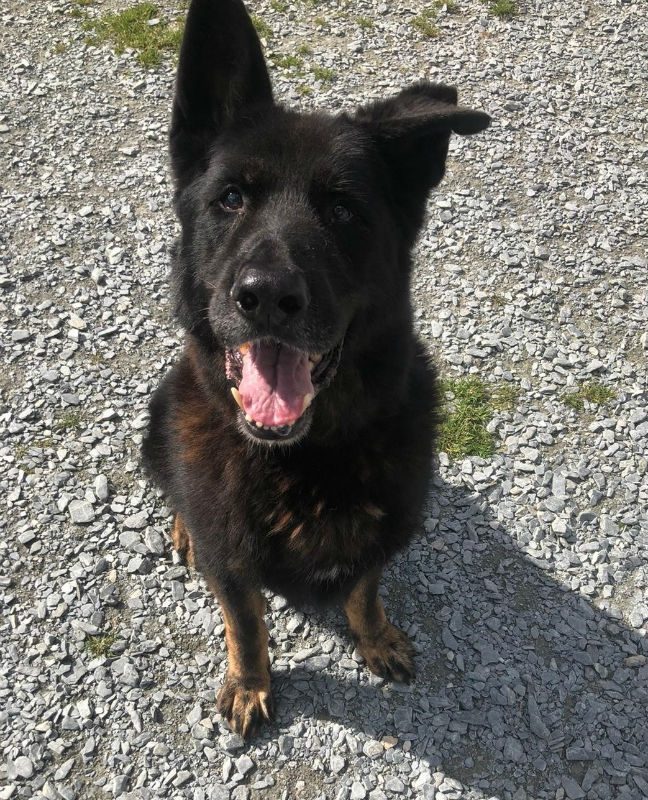 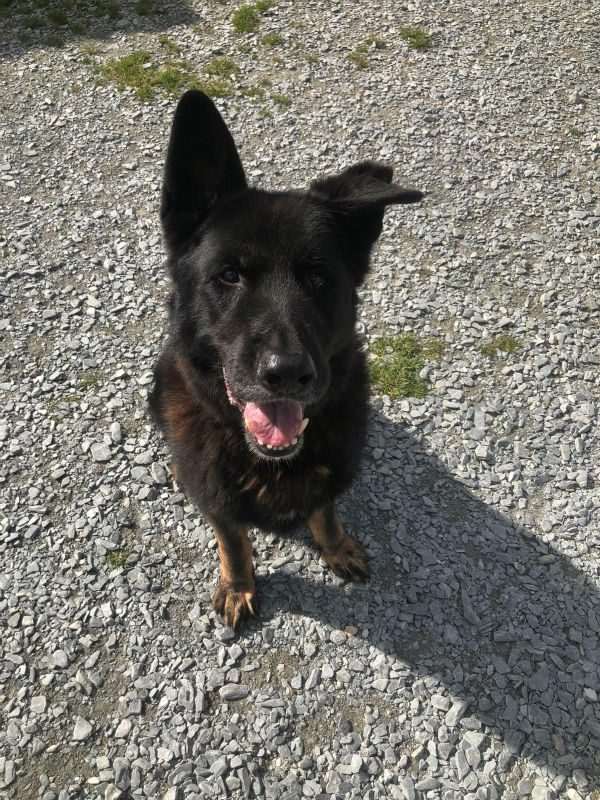 Bernie first came into the rescue in 2014. He was a lovable rogue and it took us a while to find him the right home. He finally found his spot being a patrol dog for a large company in Cornwall where basically he spent all of his time with a handler and just had to alert to any possible breaks ins and bark! His original write up is below.

Now at 11 years of age Bernie has been retired and is back in our care. One of his handlers so wanted to take him home but sadly his resident dog was not having any of it!

Bernie has obviously slowed down no and is on Yumove to help his joints, but would love a retirement home where he has the space to bumble about. No young children as he is still a large lump. Would probably live with a bitch with little problem.

Are you his special retirement home?

“BARNEY IS A SPECIAL NEEDS DOG!

Well what can we say about this soppy lad! Barney is a GSD cross Rottie but does not have one ounce of malice in his daft body!  He does not like being left so would ideally need a home where someone was around most of the time.

This big lad came from another rescue where he was getting very stressed in such a busy kennel environment. Barney is 4 years old, neutered, vaccinated and microchipped.

Barney lived with 3 adults, 3 teenagers and a new baby and was relaxed and affectionate to everyone in his home. Whilst he is good with young children we would not rehome him with young children as he is much too boisterous. Very treat orientated and likes to chase balls but doesn’t bring them back but not toy possessive. He loves a good groom but does wiggle around but not keen on baths.

He will need a strong owner as he does pull on the lead so will need some training. Has been good with other dogs however because of his clumsy nature, he can annoy them barging into them and pushing past. He has lived with an older cat but does seem more intent on chasing them!

Was fine whilst staying in foster with 5 other dogs, just not very good at not walking over or through them! Loves to play! Barney does not like being left alone, probably because in his last home he was left for long periods of time. He is a very big, strong dog but just as daft with it.

He has no common sense and can only be described as a bull in a china shop. We believe he has the dog form of ADHD bless him.

This loving oaf found his perfect home where he was with mum all day and was able to run for miles. Unfortunately he got overexcited when playing with the landlord’s son (who was an adult) and caught his hand so mum was told the dog goes or you all do!

Barney has been in the kennels in Cornwall now for a long time where he has settled in fabulously and hopefully maybe some of his separation anxiety has been cured.

Barney would love a home where there was someone around most of the day and where he had the space to run around and play.This excitable and energetic lad will be a challenge but your faithful friend!

Have you the space and time for Barney please?”