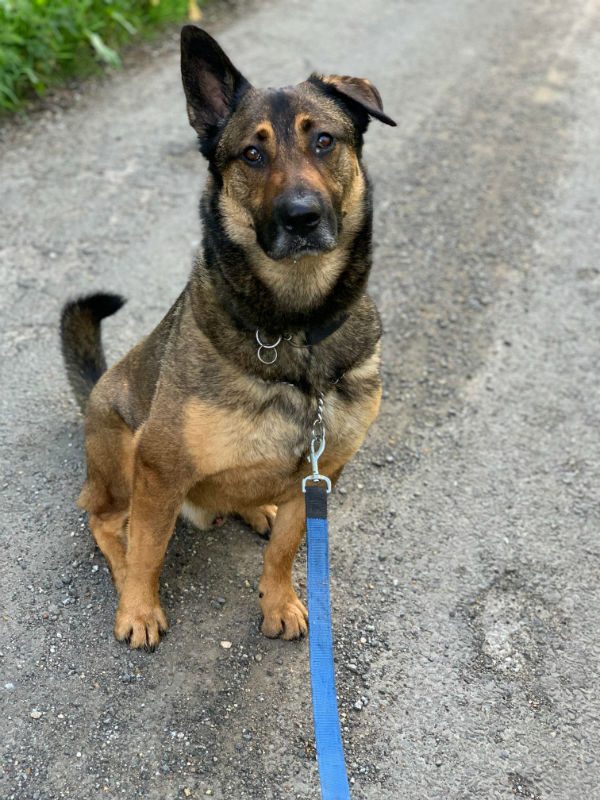 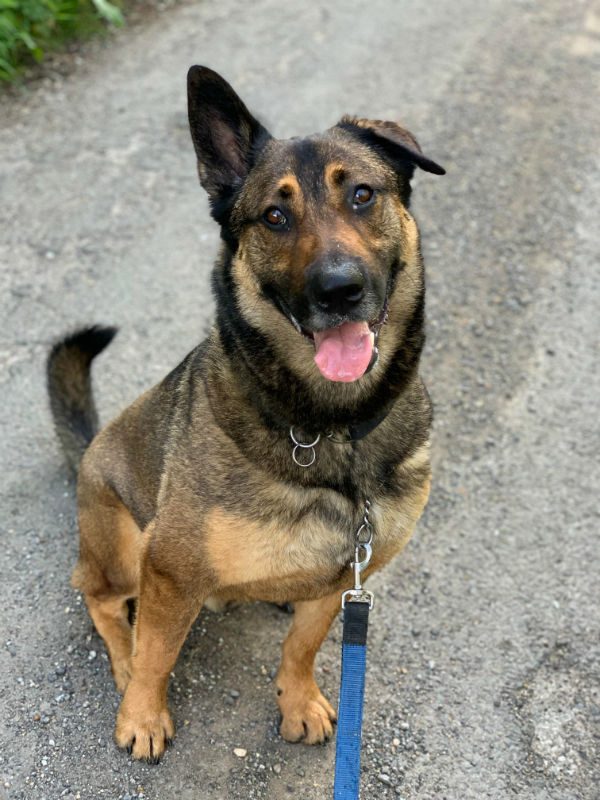 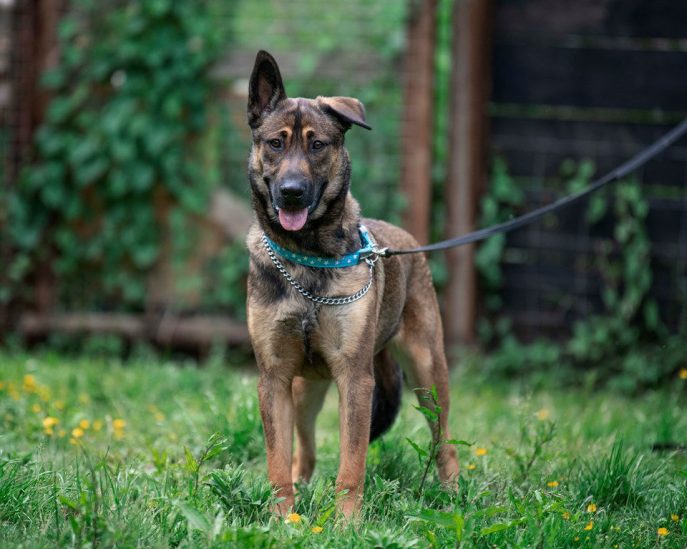 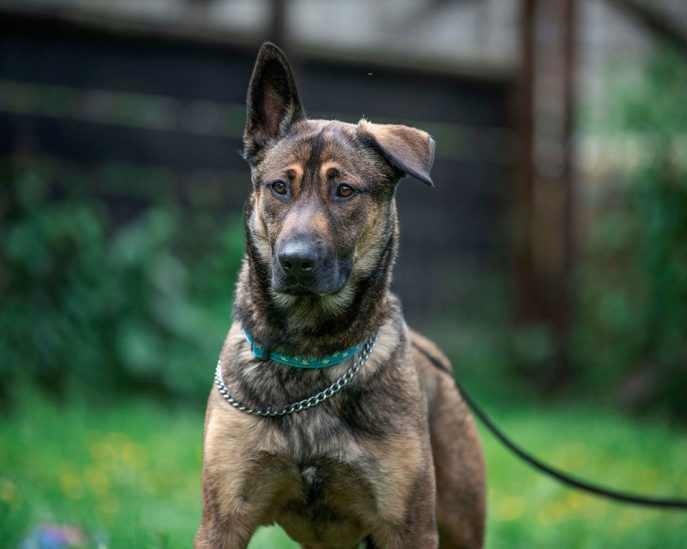 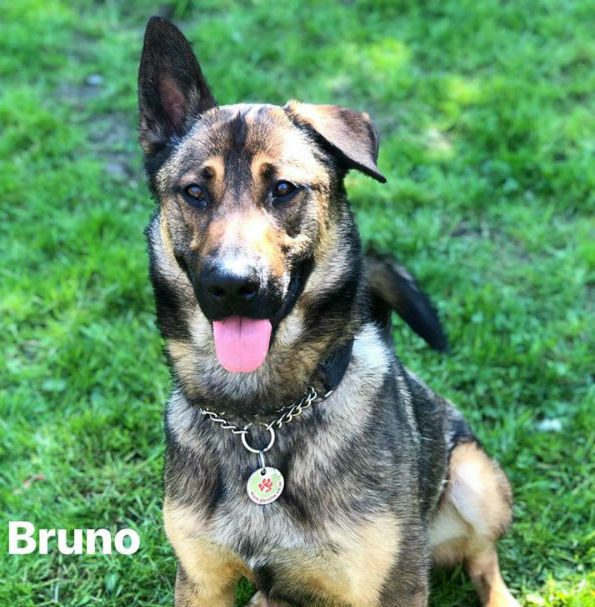 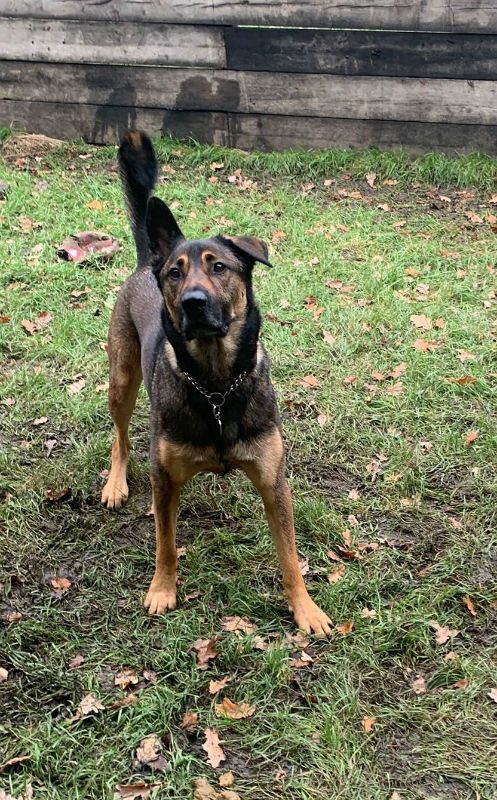 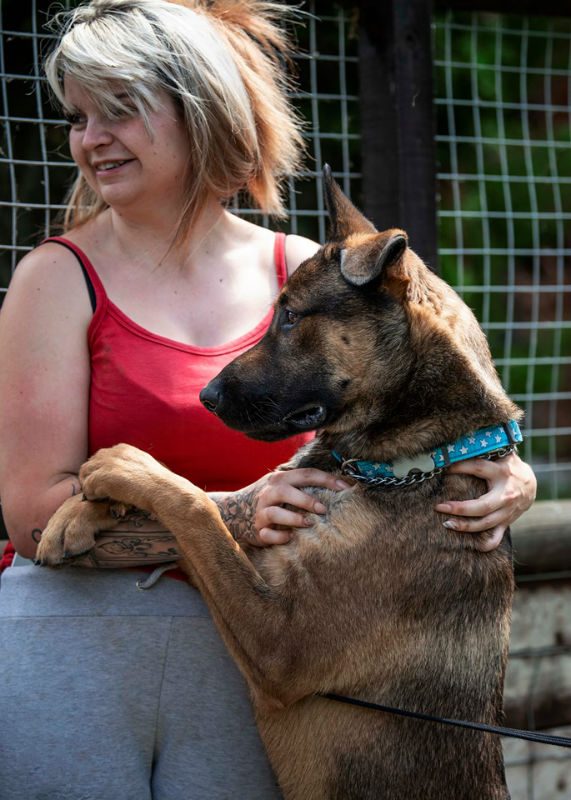 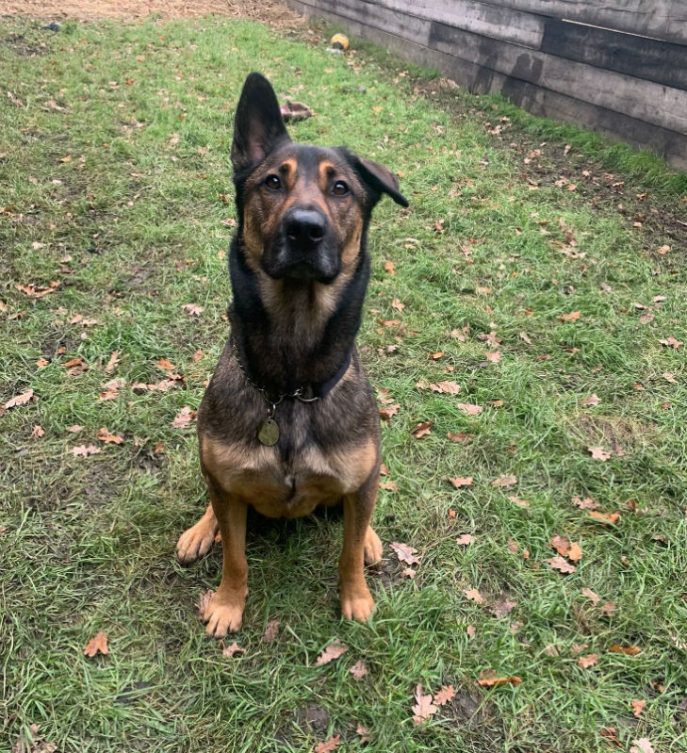 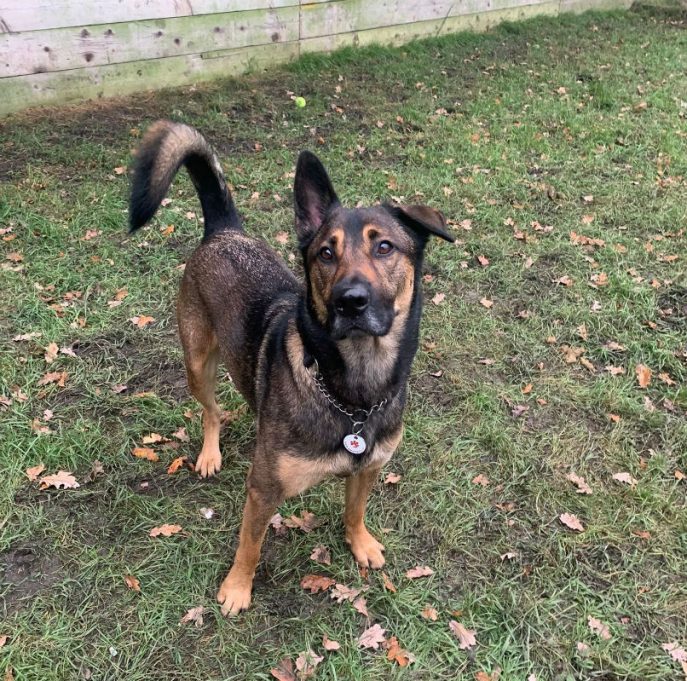 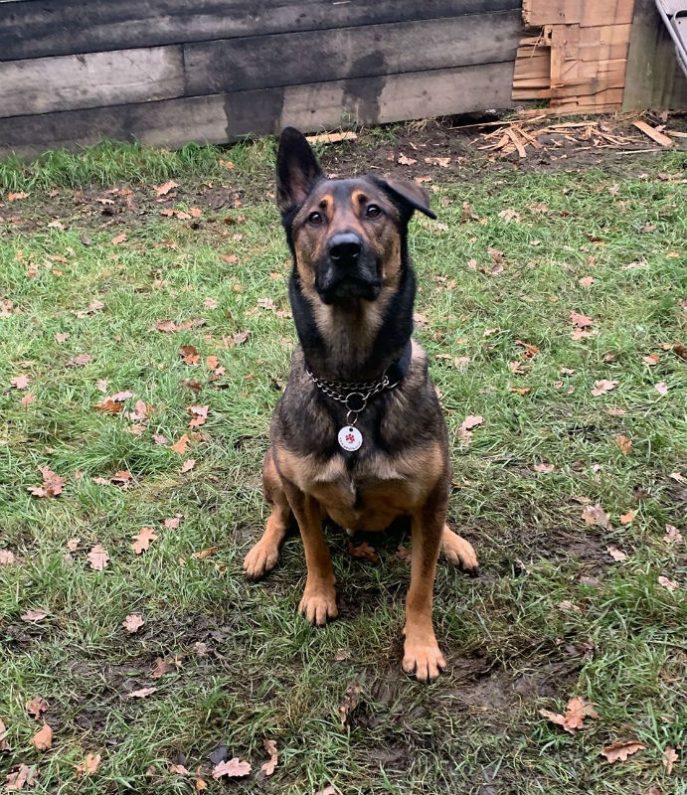 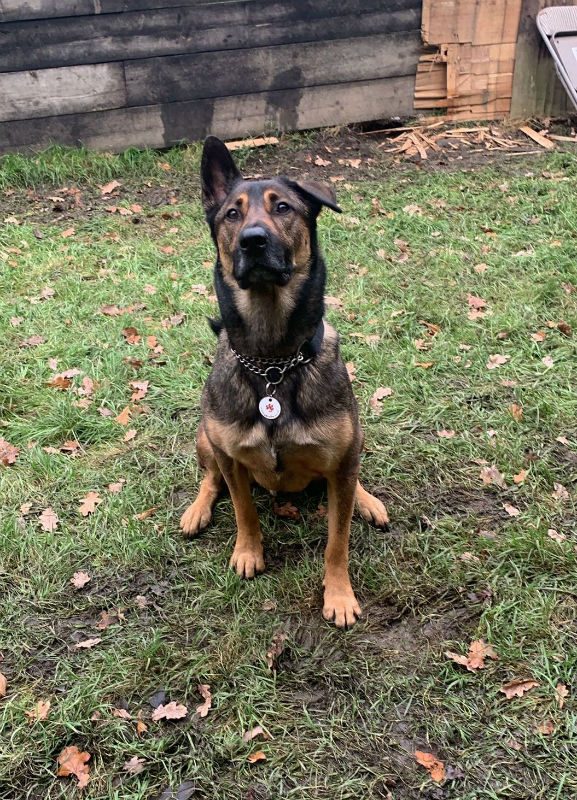 “Bruno has come on such a long way he loves his walks and a game of football or playing with the hose. Bruno can be nervous meeting new people but if your calm and have cheese he will be leaning in for a head stroke.

Bruno does have food aggression over his bowls and treats but only when food is in the bowl but when the bowl is empty his fine for you to pick it up. Bruno would probably benefit in a home with a older female dog.”

What can I say about this young man. Born 15.8.18, Bruno is a full GSD we are told! He is microchipped and vaccinated and he is now neutered.

The kennels were called asking if they would take him in as he was biting. Of course we said yes, and he arrived at the kennels quite stressed and snappy. Given a chance to settle, he started to trust the staff at the kennels and slowly learnt to trust a wider circle. Basically this poor young man had nervous aggression.

Bruno has come on leaps and bounds however and is a lot more confident within himself but still takes time to adjust to new people. No young children for obvious reasons, and working on socialising him slowly with other dogs.

This lad will need an experienced home that has dealt with this issue before, and with calmness and normality, he should flourish to be the lovely young man that is hiding inside.

Bruno has been adopted but sadly has come back to us after 18 months as he feels he is just too much due to his protective nature. His adopter has done a lot of work with Bruno and this is what he says about him:

“Guards food a little, especially high value treats. Is much better once he knows and trusts you, but still guards a bit.

Great with routine. Very active. Loves to play with balls over most toys. Loves a game of tug of war, but gets a bit over excited sometimes.

Brilliant recall now, great off the lead (in quiet places of course). Loves rivers etc. Has a huge thing for big branches – both loose and attached to trees still.

Chases squirrels, rabbits etc. Very good around deer now and will not chase them if told no.

Started to enjoy some agility – especially climbing. Can get a bit frustrated when learning to climb things etc – watch out as he can mouth and nip a little in frustration sometimes.

Generally very responsive to a No command in all situations.

I’ve had a dog walker 2 days a week for a year now. He’s great with her letting herself in, and walks very well with her.

Sits, lays, paw, kiss for treats (kisses can be a bit teethy sometimes – be warned!)

Bruno is all about his personal space, doesn’t really snuggle. Loves to lay on the bed but bolts if you get on it. Be wary about him laying with his back to you – if you then fuss him he can get a bit snarley. If he is tired or grumpy he is also quite quick to get snarley.”

Things like towel drying after a walk need to be done carefully and with rewards – watch out around his feet – he really doesn’t like that (anything to do with his feet is typically not welcomed).Muzzle him for flea, ear drops etc – that will be a battle.

Overall a great, active dog who likes his space.”

Do you have the experience for Bruno please who would obviously do well with a ‘job’ to keep him busy.