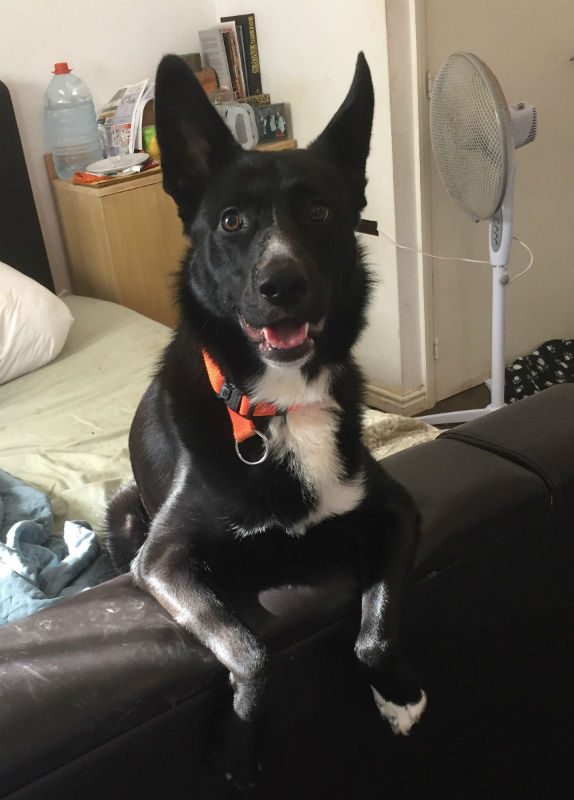 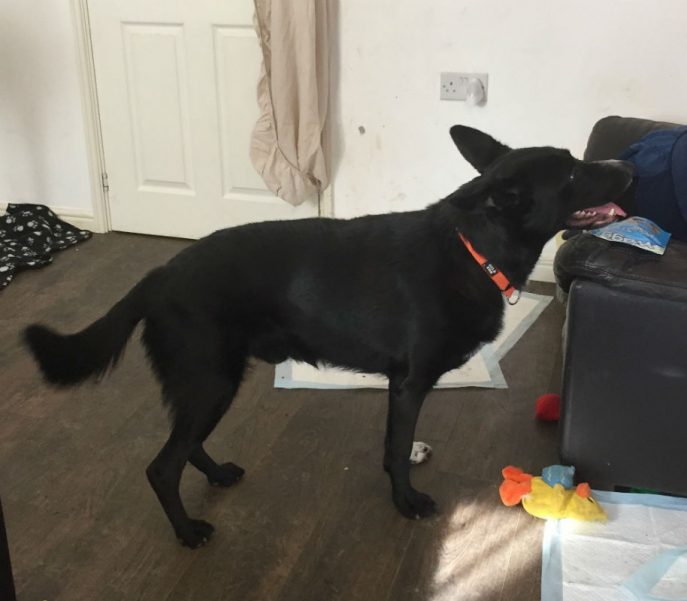 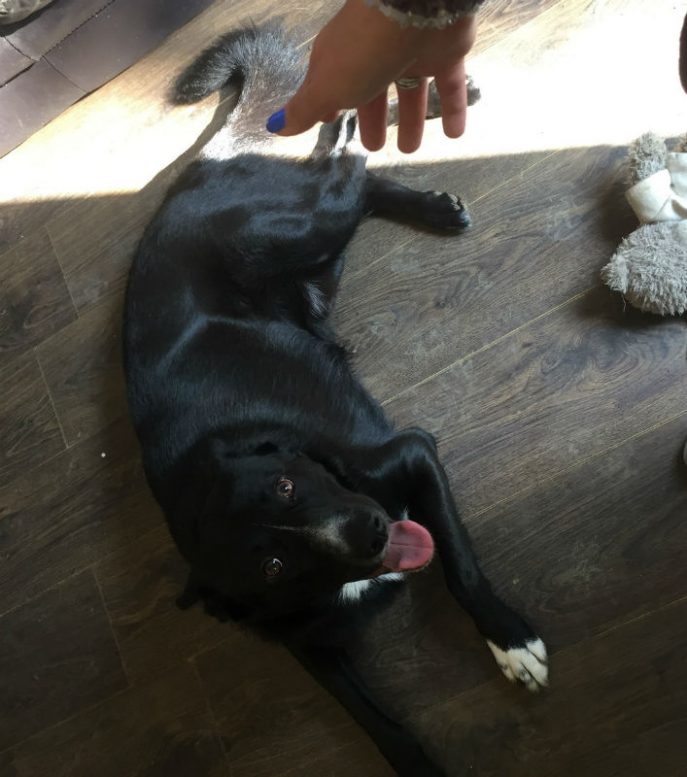 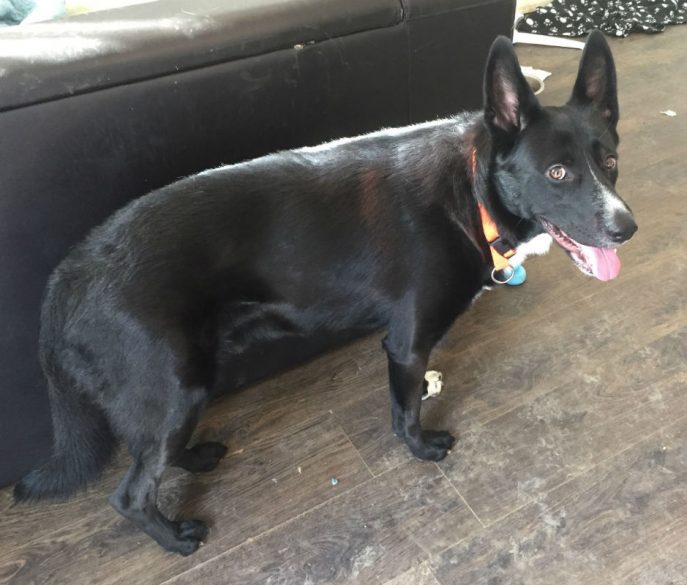 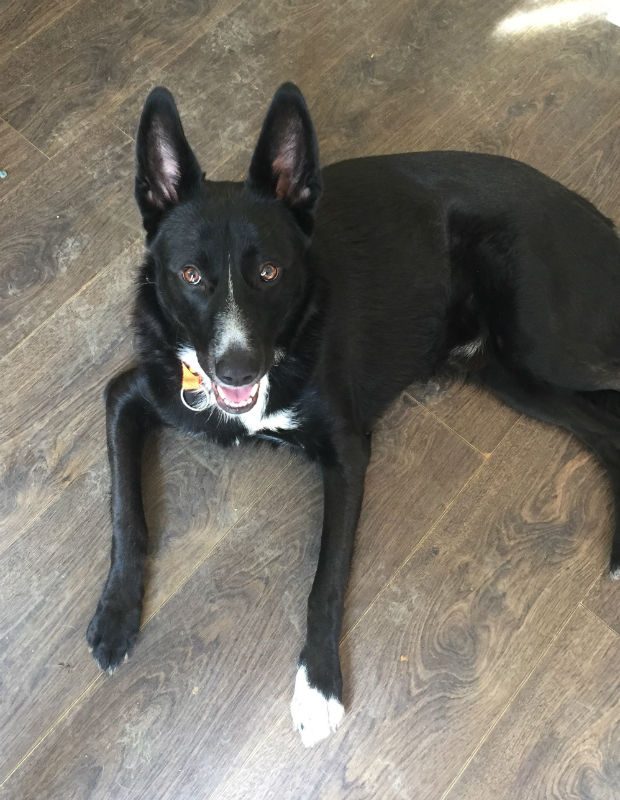 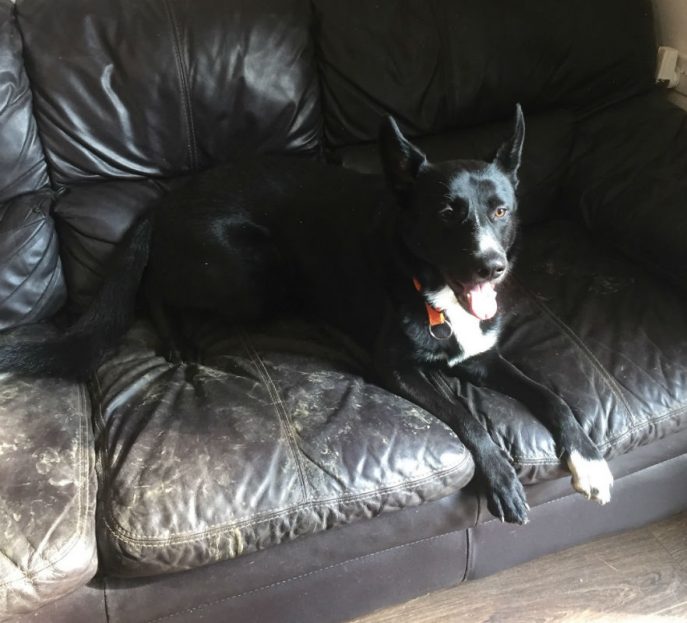 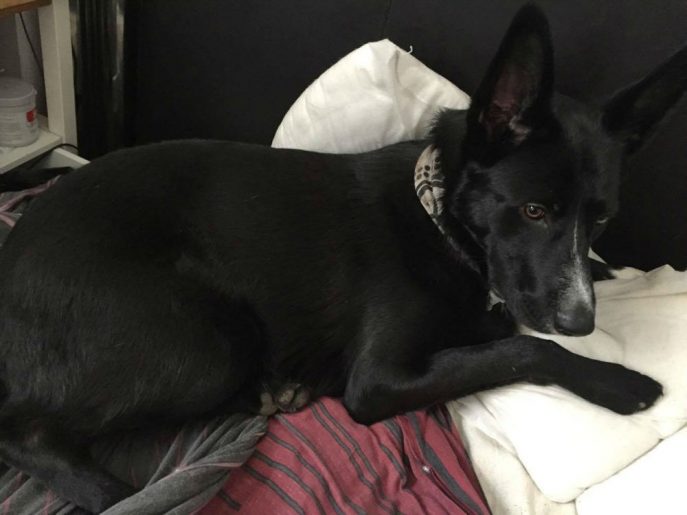 This young man is Buddy who is a GSD cross Collie and will be 2 in December. Buddy has a foreign microchip so we assume he has been bought over to England at some stage, but he is not neutered or vaccinated.

Buddy’s current owners rescued him from another family a few months ago as he had a large gash to his leg which was being ignored and they suspect done deliberately. We would not rehome with young children as we do not know his full history. He will display nervous aggression towards men, and it is suspected it was a man that may have hurt him. Loves to play with other dogs but unknown with cats.

Buddy is being rehomed as he will not settle with the men of the house. Walks nicely on the lead and has good commands but recall unknown. He is food orientated in the home but not when out and about.

This young man needs an experienced and calm home, possible with an older dog as a role model to help him to learn to trust all people again. With his breeding he could make a super agility dog and a loyal companion.

Buddy has been taken in by another rescue.