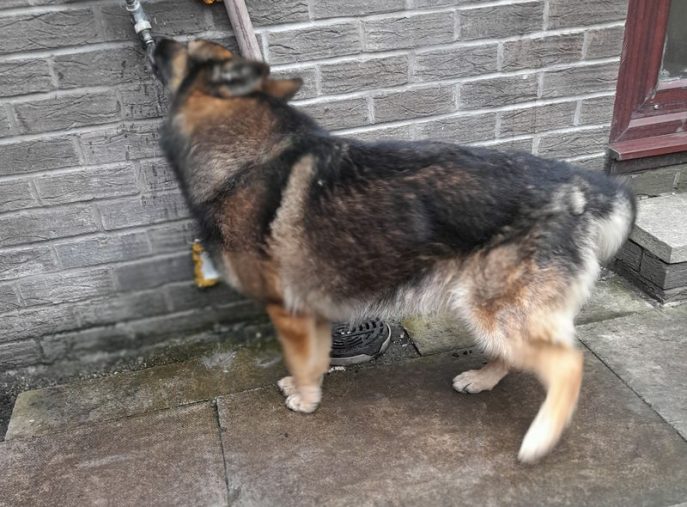 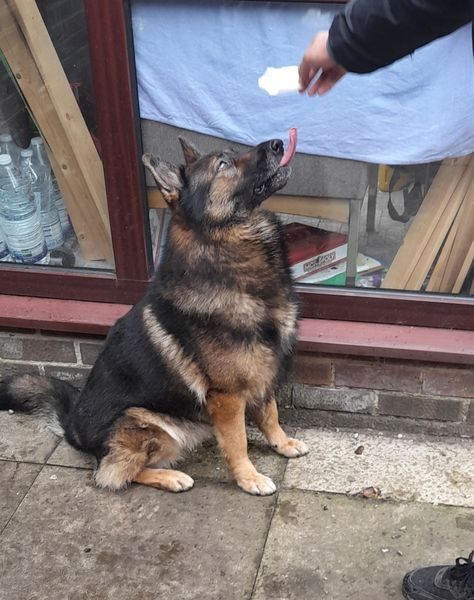 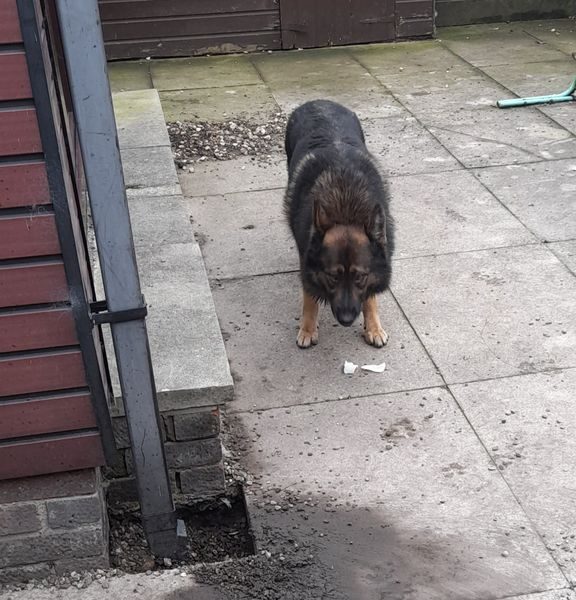 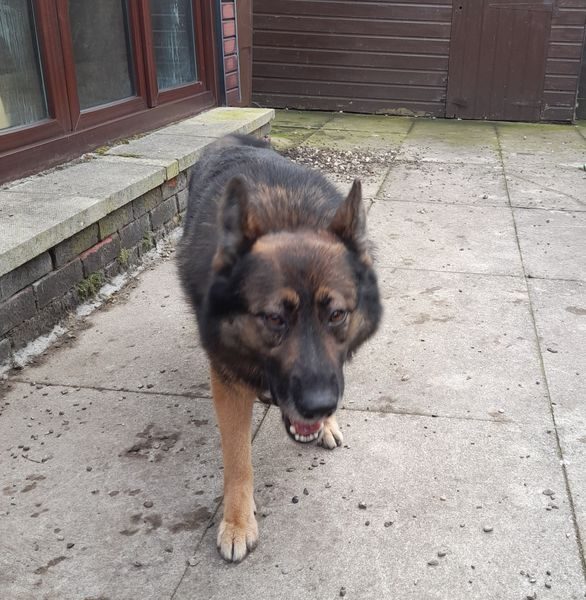 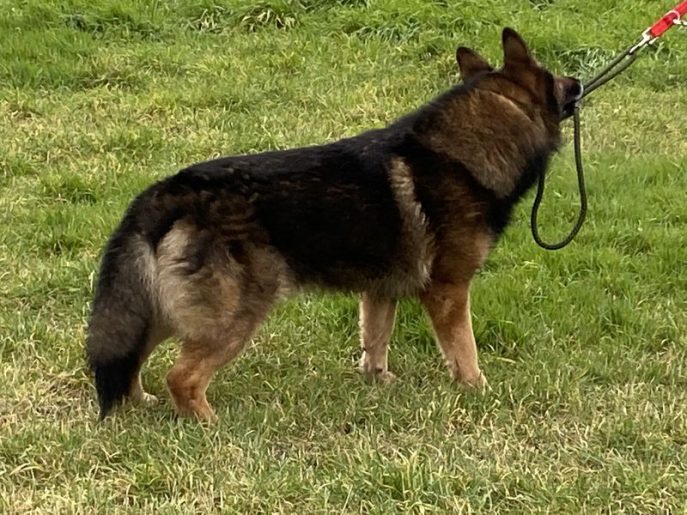 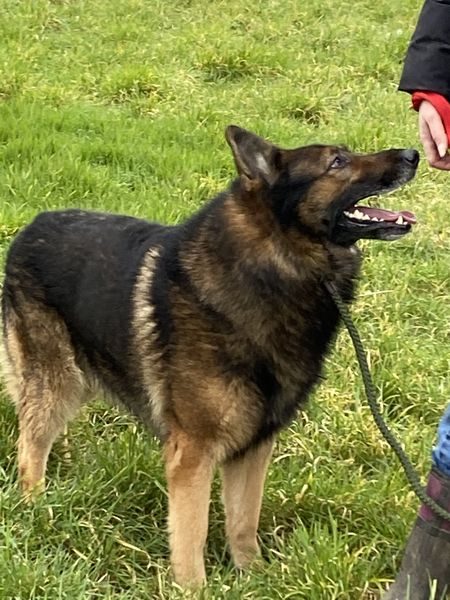 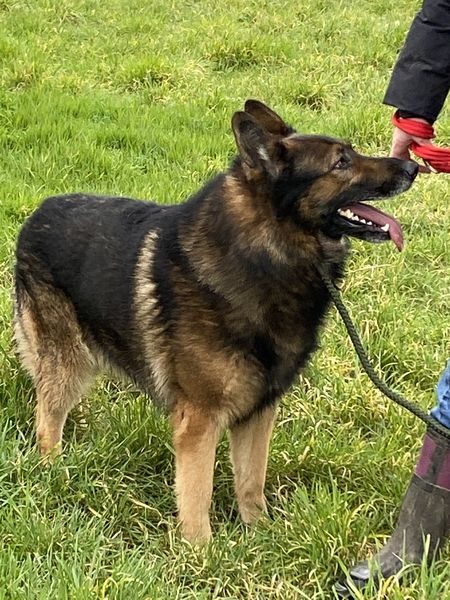 Have a look at this lovely lad, 4yrs old, sadly not neutered, vaccinations have run out so will need starting again, he is microchipped.

This boy currently lives outside so is very excited when he gets any visitors, lots of jumping but no aggression at all. Will chew his bed, probably out of boredom.

Walks ok on the lead after initial 5 mins of excited pulling, no off lead away from hime, knows his basic commands and can have some possession issues with toys but ok around food.

He apparently doesn’t like going to the vet so he doesn’t go! Hence why he is still entire and unvaccinated.

Castro was just returning from a walk when the volunteer first met him, he was walking quite well but did grab the lead in an excited way a few times. She offered him a treat which he declined but was very happy to accept a prawn cracker from his owner.

Castro seemed to be more of a man’s dog but was ok with both people and did roll over for a belly rub.

Our assessor felt with some boundaries and further train Castro will make someone a really lovely lad.

Castro has now come into our care, he is a lovely boy if a little stressed in kennels. He has been fine with all our volunteers he has met and can be nervous around other dogs on first meeting, no aggression.

This boy would love a home of his own, somewhere quite, no children or cats, maybe a calm resident dog.

This lovely boy lived outside in his previous home.
When he first arrived at the kennels he slept in his run on the concrete even though he had access to a lovely warm bedroom with rubber flooring, lots of vet bed and a heater too!

He wouldn’t touch his food and wasn’t interested in the treats or the toys that were offered, he was very stressed and confused – poor boy.

Well now our little furry friend has settled in quite well, he loves his food and any treat that’s available especially chicken feet, he plays with toys and even plays with things that are not toys as he’s quite partial to the odd sweeping brush and mop bucket. He actually puts both his front feet in the bucket then tries to carry himself around the paddock?! It’s all good fun!!

Castro is a bit of a lead grabber but we have been working on this little issue and I have to say he’s getting loads better.

He’s looking for a home where he can plonk himself down in a kitchen or utility room for now as like with the kennel it will be another upheaval for him. He’s nervous of other dogs but he’s fine when he’s out walking if he sees one, he doesn’t react to anything when he’s out he just wants to sniff and enjoy himself.

Another lovely little guy who needs a chance to show how good he really can be.