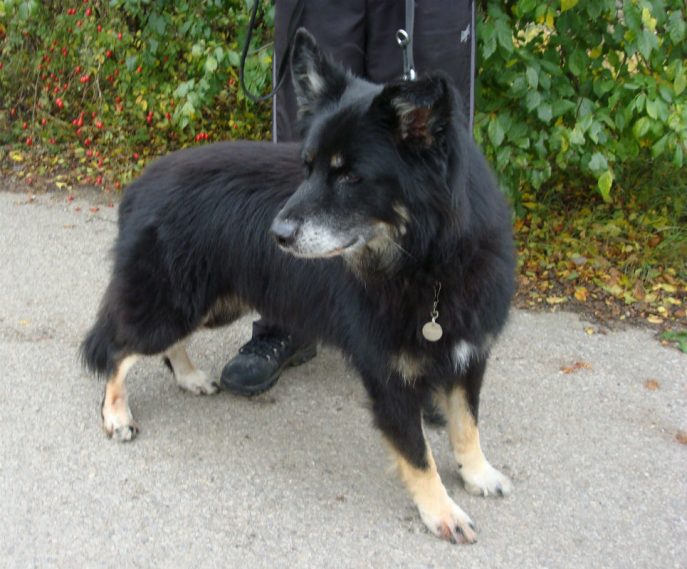 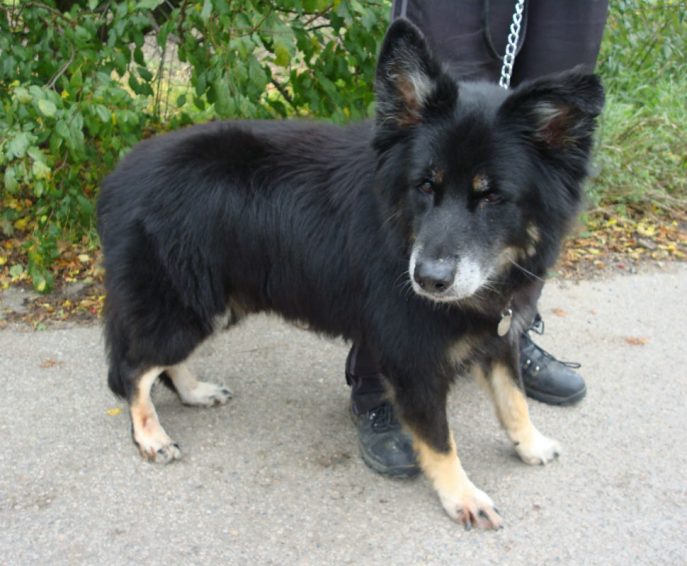 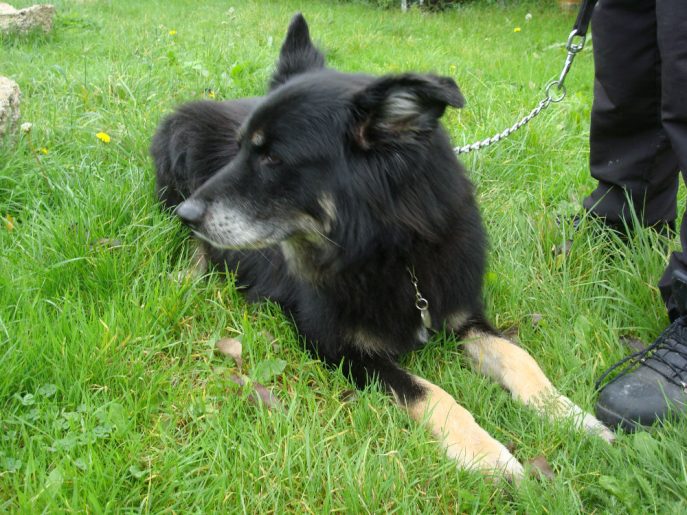 Charlie came into another rescue with Foxy with whom he has lived since he was 2. Charlie is not very confident or outgoing and can be worried by new people and situations. Once he knows you though he is a lovely cuddly lad.

Older children only. We are told he generally ignores other dogs unless they bark at him.

Would probably settle with another older, steady bitch.

The lovely Charlie has found himself a lovely home where he gets to go to the pub with dad each day.

Poor Charlie has been snatched away too soon. He had a tender belly and became very lethargic so dad rushed him to the vets. The vets scanned him and discovered he had a tumour on the spleen which had ruptured. The kindest thing was to to send Charlie to Rainbow Bridge.