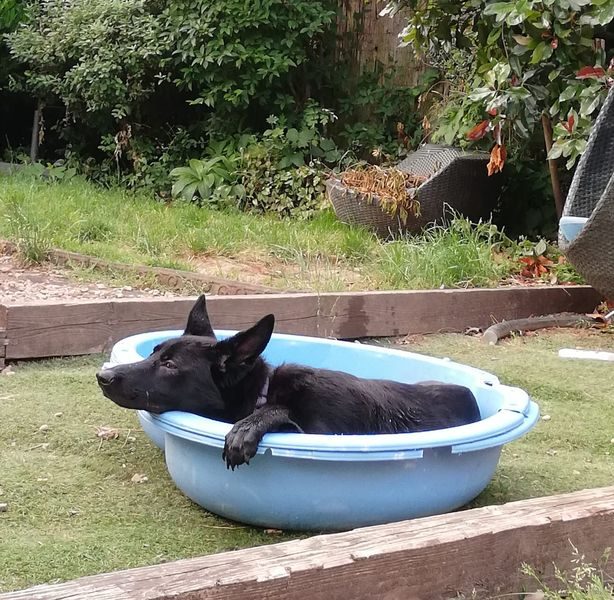 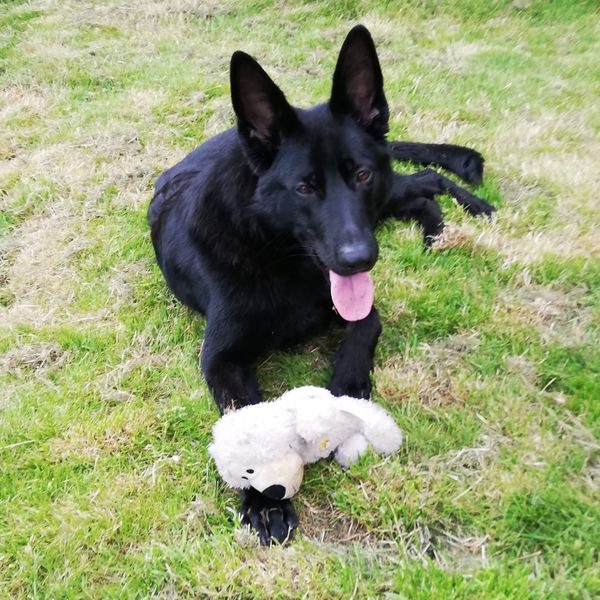 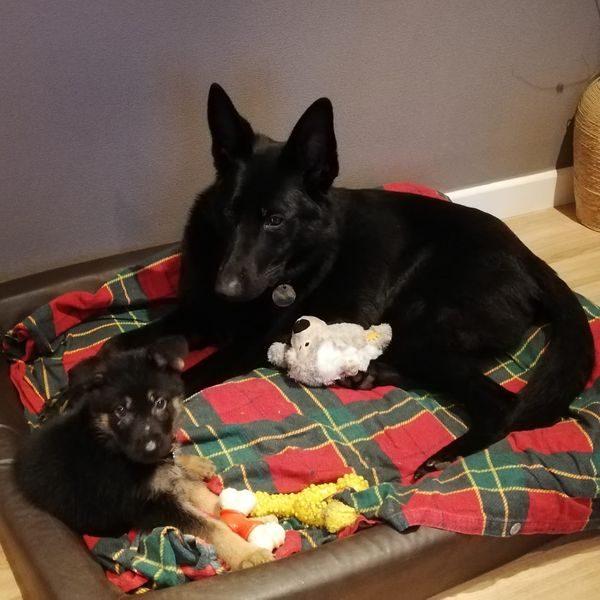 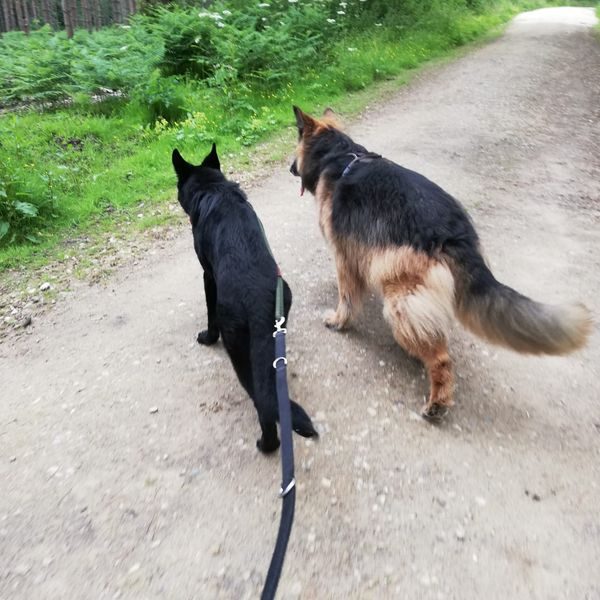 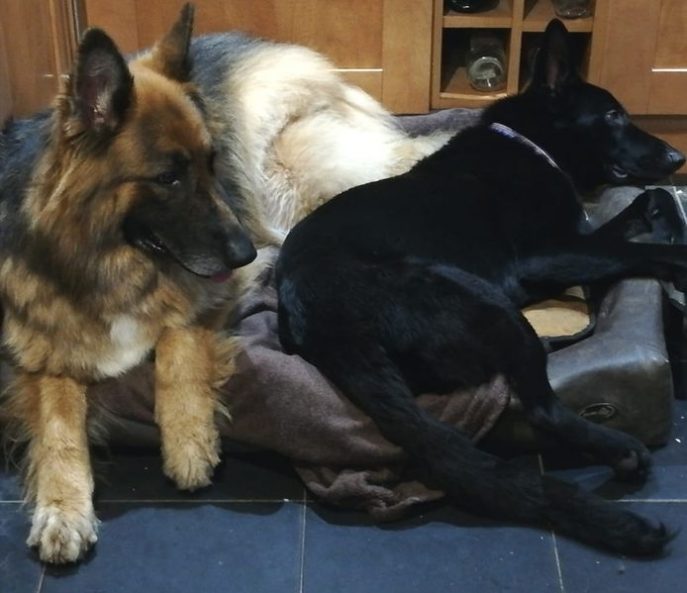 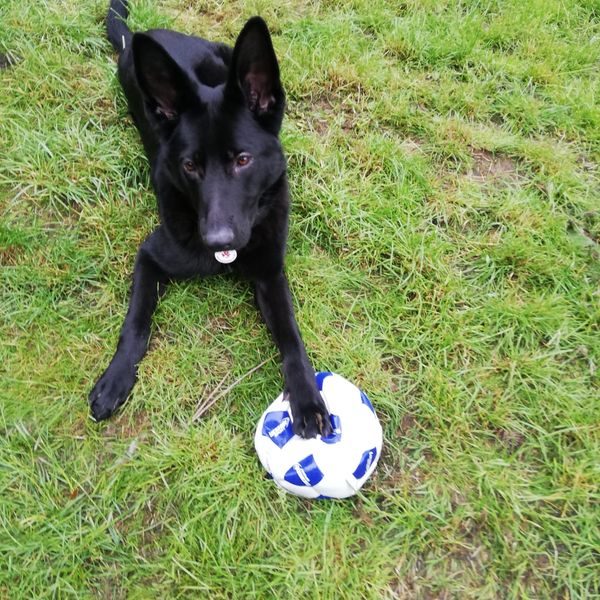 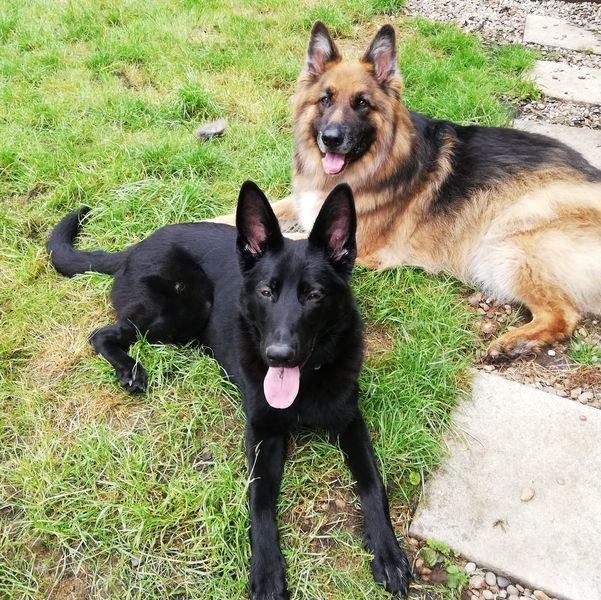 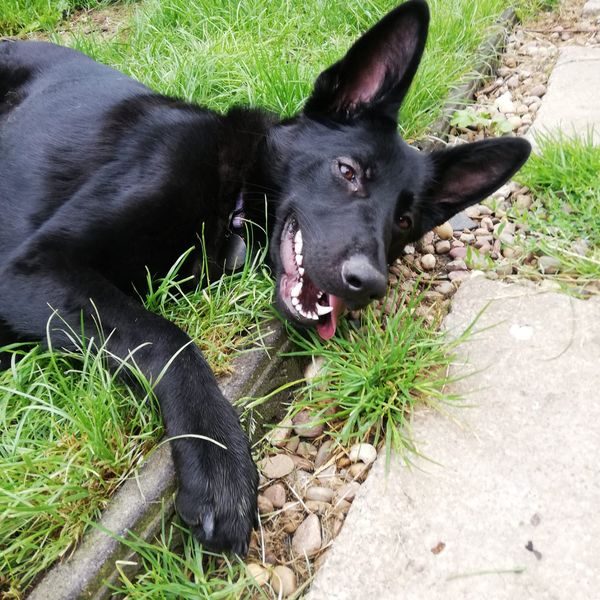 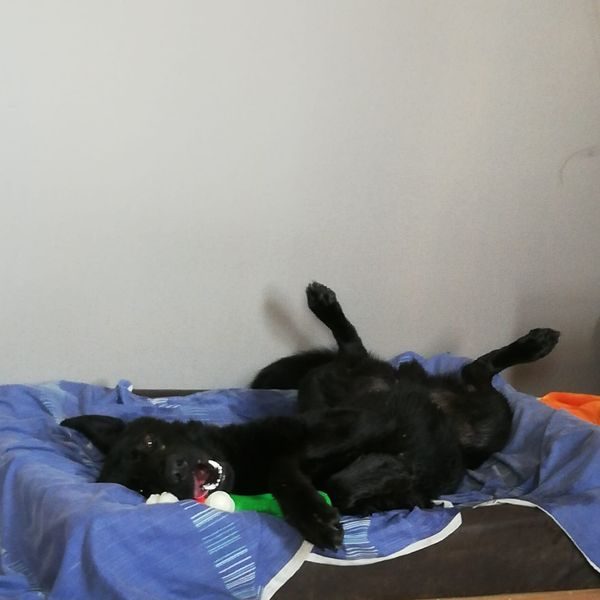 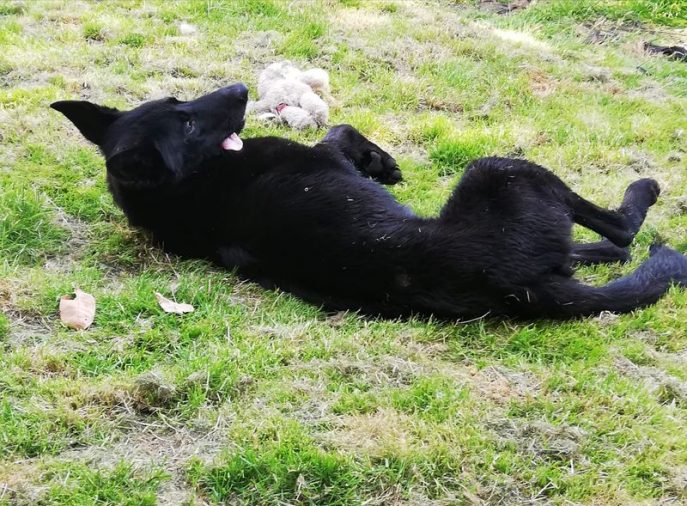 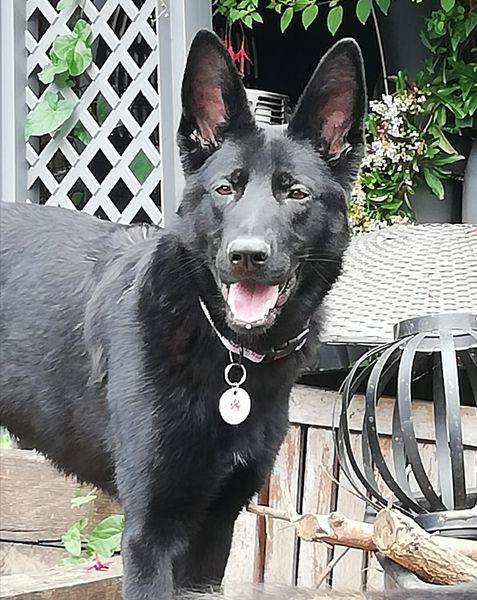 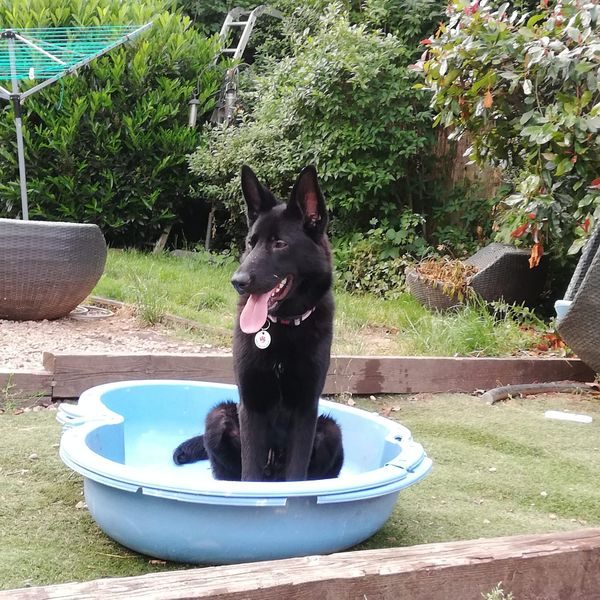 Please meet foster boy Chester, affectionately known as Donkey Dog due to his long legs. Chester is 10 months old and the sweetest, most mild mannered boy you could meet once he knows and trust you. He loves to play and clown around, especially if there’s water involved, there’s no possessiveness over food or toys, and after breakfast he’ll take himself off to his bed and happily sit entertaining himself with his teddies and Nylabone. He’s ok being handled and groomed, likes a fuss and a bit of play fighting with mouthing, but there’s no pressure at all, he is the gentlest dog I’ve known.

So what’s ‘wrong’ with him, and I use that term loosely, well Chester gets scared of stuff, and would run away to avoid something scary. He’s wary of men, and voices that come from nowhere (from neighbours gardens etc) and will take himself under the table if you have visitors. However, since being in foster with the more confident Benny, he’s walked near traffic, bikes, buses, tractors, and of course people and has made no attempt to run although he prefers to watch people from a distance than interact. He’s dealt with household noise from the washer, hoover etc as well as noisy power tools, and again there’s been no reaction, he just lays by Benny if unsure, if Benny’s ok with it, so is Chester. As such, Chester needs to live with a confident dog, preferably one that will be his playmate as he loves to run and chase, just stand aside when he starts doing zoomies round the garden!!

Chester’s good with other dogs when out, although will initially avoid and hang back, then be brave and have a sniff, he’s also been on group walks and walked with kennel dogs with no problem. He loves his walks, especially if there’s water to paddle in, and he doesn’t pull on the lead unless on the way back to the car as that’s his safe place, curled up in his crate. He’s been off lead for 5-10 mins a few times (only where I know the area well, and people aren’t going to pop out and spook him) and he’s stuck by Benny and come back when called. He really is an amazing boy who’s still a puppy and needs a special home to continue to build his confidence, and of course let him have loads of fun!

Chester has been adopted.