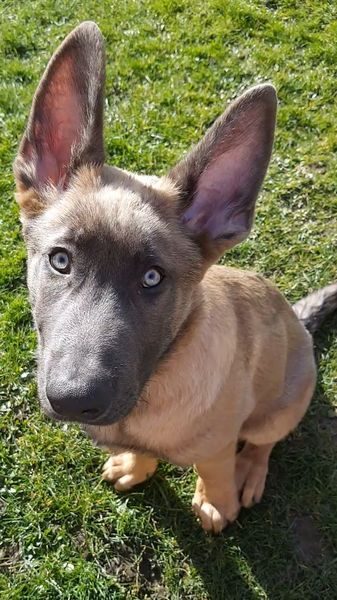 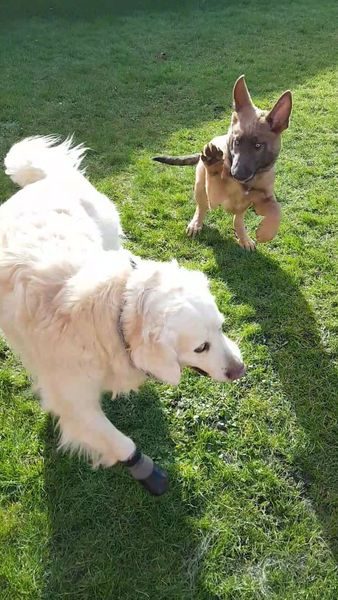 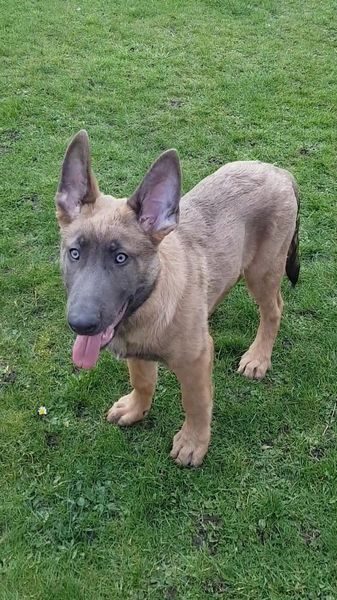 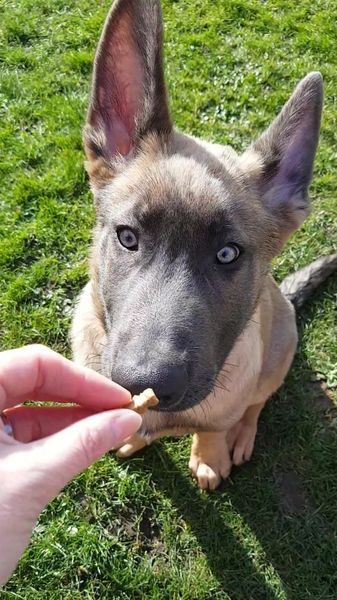 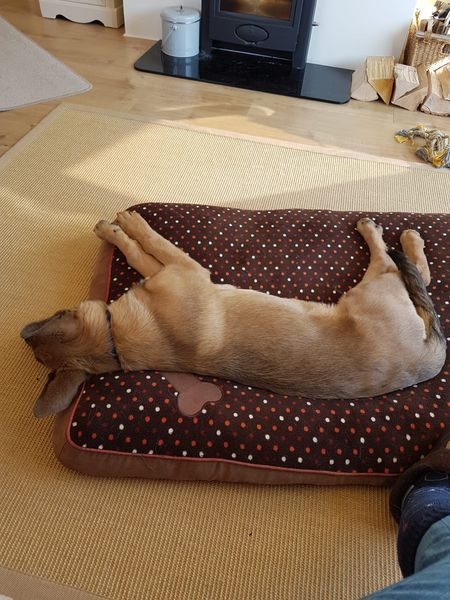 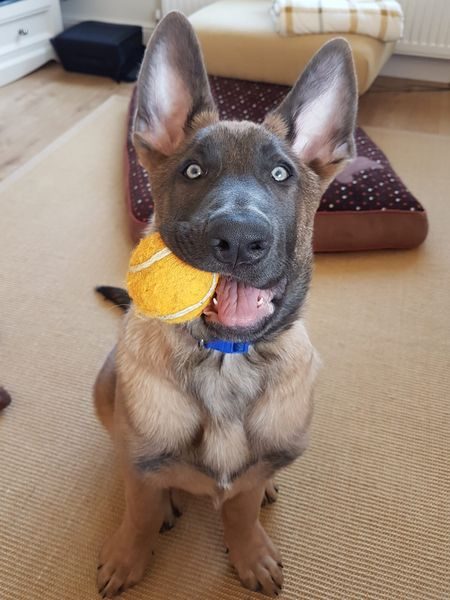 Coco the puppy is available for adoption through GSRE. He currently lives in a foster home where he has been for the last 5 days. This young boy arrived with limited information except he was being surrendered after a relationship break-up. This is what his fosterer carers say about him.

Coco is a 5 MONTH-old, male, short haired, sable German Shepherd cross Malinois. He is not neutered but is microchipped and vaccinated. He has no known food allergies and no disclosed medical issues.

Coco is a very bright and active puppy who loves to play and be around people. In the five days Coco has been in his foster home he has learnt to ‘sit’ on command which he is doing happily for treats, his dinner, fuss and whilst waiting for a ball/toy to be thrown for him. He is learning ‘down’ but this is a work in progress as is his loose lead walking (using the command ‘walk’). He will now drop his toys on command (using ‘drop’) and understands the need to fetch the toys back to you to keep the game going (using ‘fetch’).

Coco has a great recall in the house, garden and whilst out and about on a longline. He has started to use a ramp when getting into and out of the car and is learning fast. He is a very happy traveller in a crate in the car. He settles quickly and usually falls asleep. He is housetrained and will sit by the back door when he needs to go outside. He has learnt commands ‘wees’ and ‘poos’ to do his business and is doing well with that. He has not had an accident since being in his foster home.
Coco has been using a crate for bedtime, sleeping all night without issue and also for daytime dozing. He is happy to go into his crate during the day if his carers need to pop out. He can be left for a couple of hours with no stress or damage, he just falls asleep (after a walk/play etc.). He will often take himself off to his crate for a snooze after a play/training session.

Since being in his foster home, Coco has not met any children. He is currently living with one older dog (10 years) who he gets on well with, albeit Coco can be a little overzealous for the old boy. He has also met dogs on his walks which he is interested in and greets politely (no barking etc.). Although he has not met any livestock, he has met the cockerel that lives in the local churchyard a couple of times. He is interested but does not pull towards it (close up) and does not bark, just watches and takes it all in. He has not met a cat face to face but did see one peering under the gate at him and he rushed indoors!

Coco does not bark very often but will occasionally when playing. He is good with household noises (microwave, hoover, hairdryer etc.) and also with traffic noises (vans, lorries, tractors etc.) whilst out walking. He is more confident in the home and garden that out and about at present. His foster carers think he might not have seen a lot of the big wide world in his short life, but are trying to gently expose him to it.

Coco walks well on the lead but as everything is new to him, he does like to take his time to work out things for himself if something catches his eye. He sits and watches until he is satisfied and will then happily move on. He is getting more confident with every walk but will sometimes pull a little when homeward bound (have started loose lead training).

Coco is not food or toy possessive and will happily engage in tug (with a rope toy) or play with soft toys and balls. He likes squeaky toys the most! He is both toy and treat focused which assists greatly with his training. He takes his treats gently and is a good eater when it comes to meal times. He is currently being fed three times a day with James Welbeloved puppy lamb and rice kibble.

Coco picked up the routine in his foster home very quickly. He is a very intelligent boy who loves to watch people and interact with them but he is confident in his own company which is great for a puppy of such a young age. He will sometimes mouth a little when super-tired or/and over-excited but is quick to stop this when asked.

Coco has been adopted.