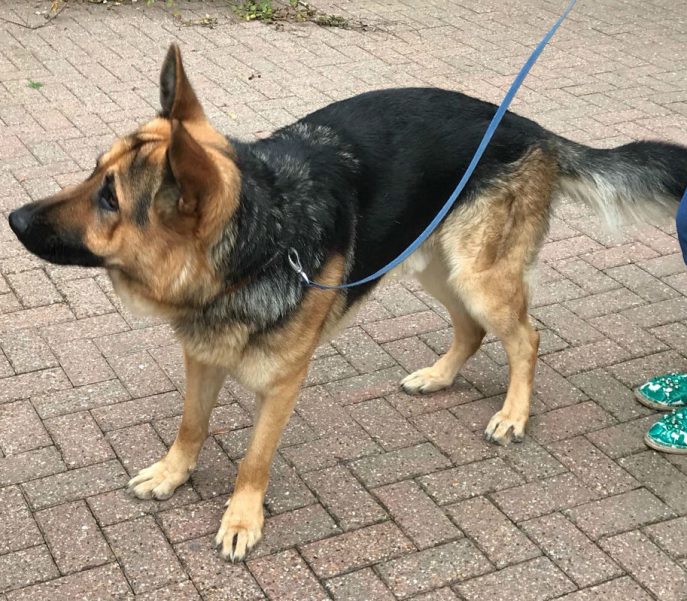 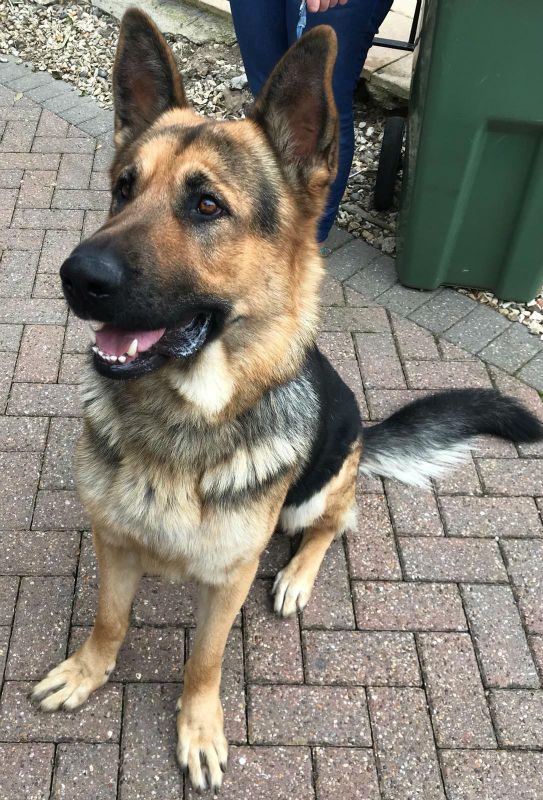 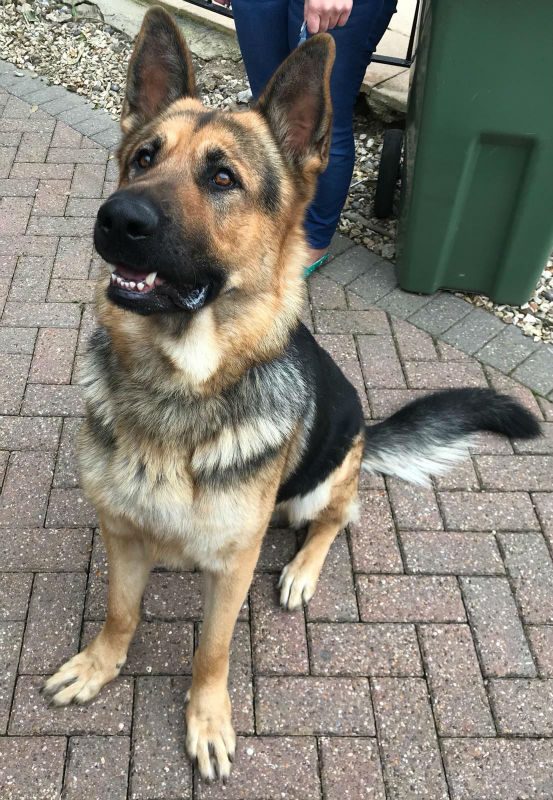 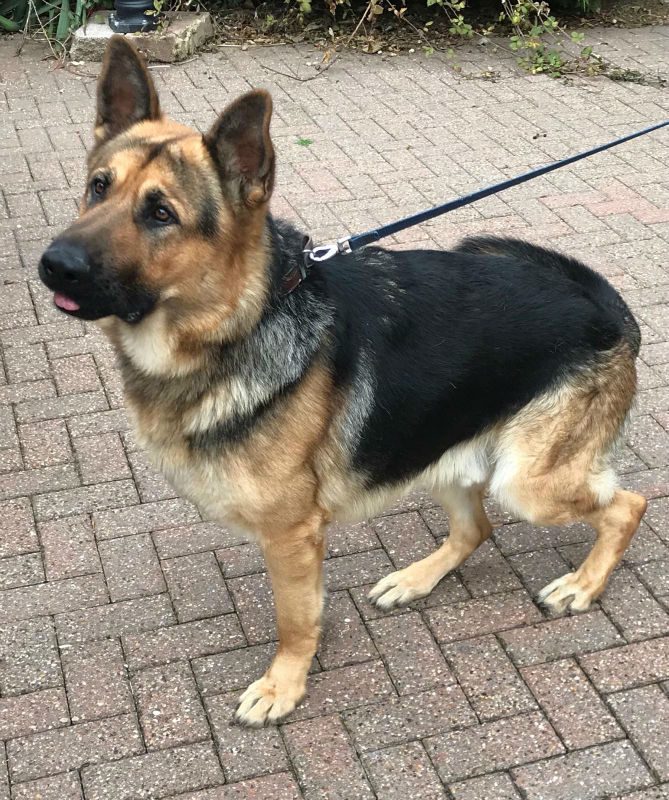 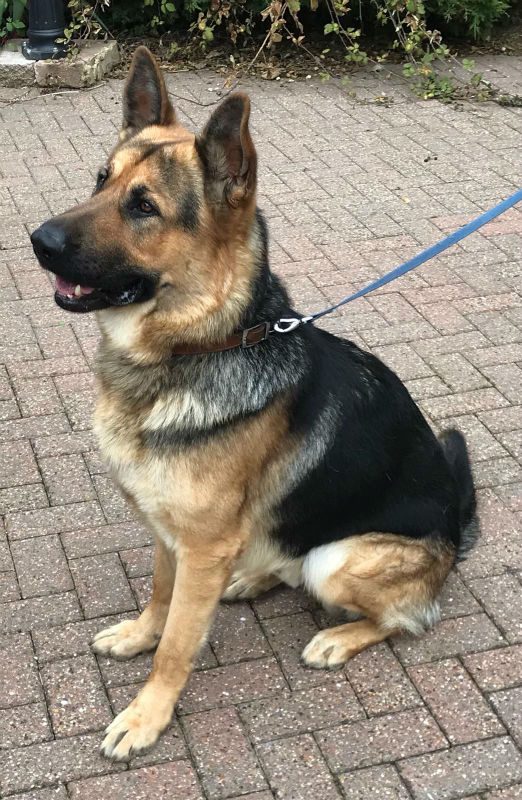 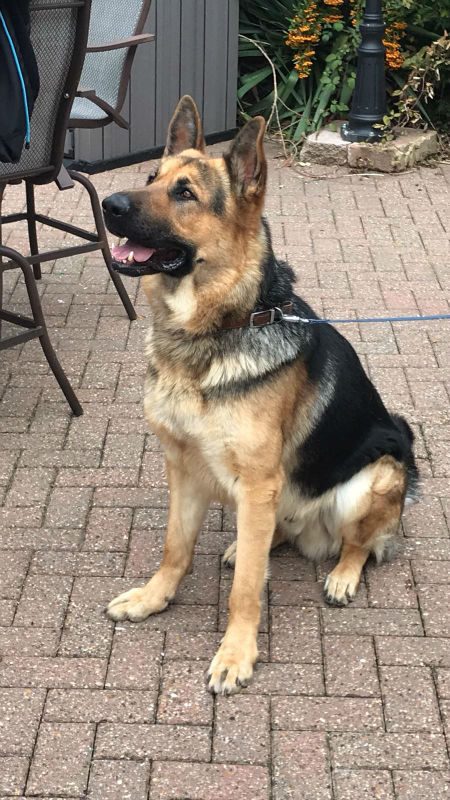 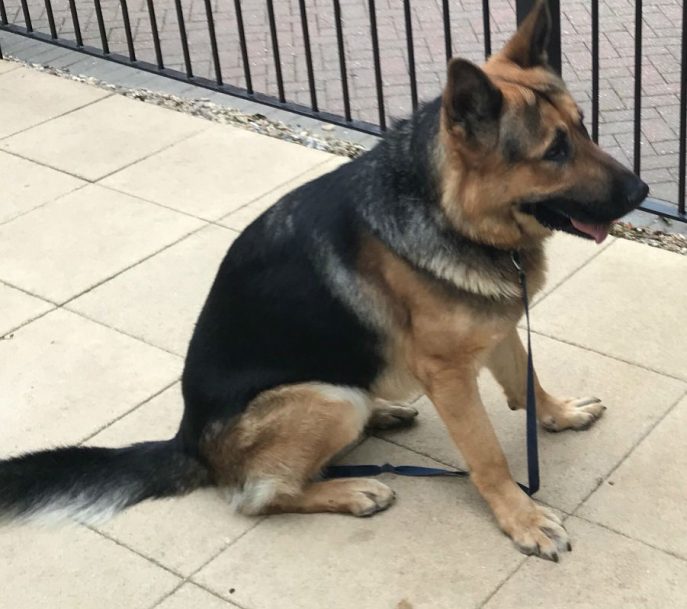 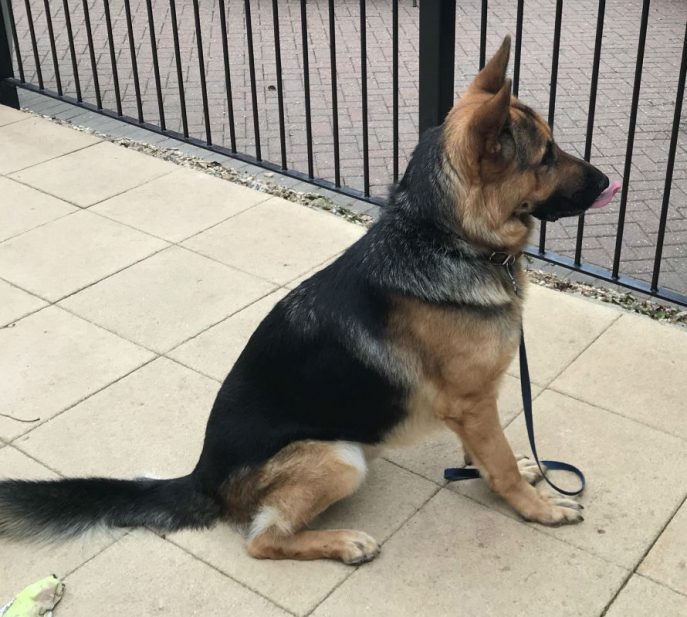 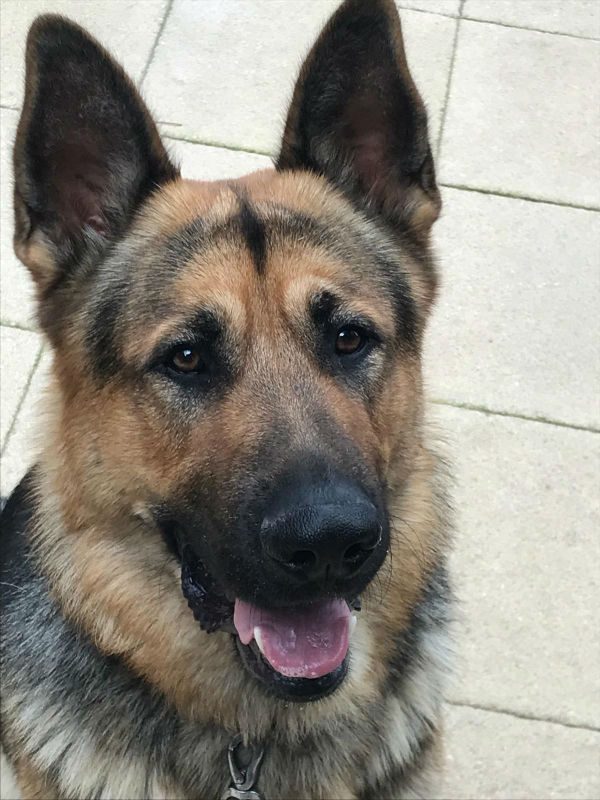 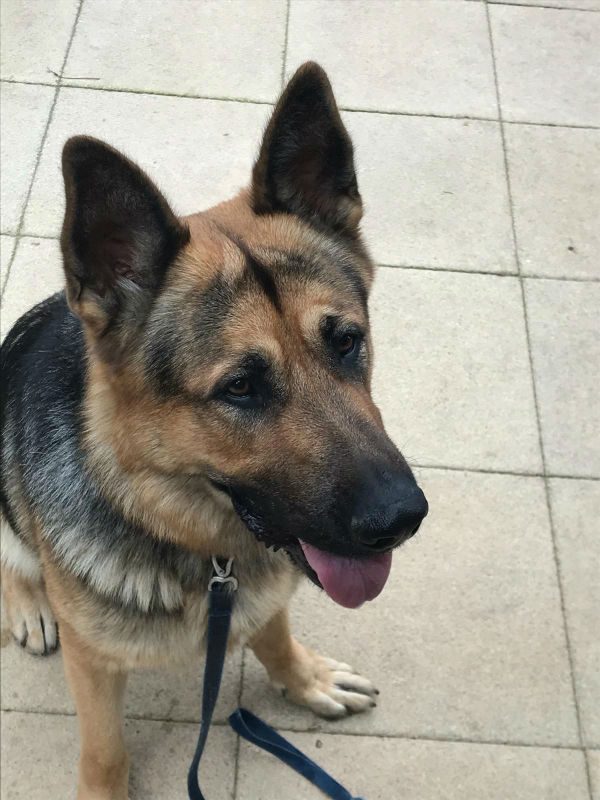 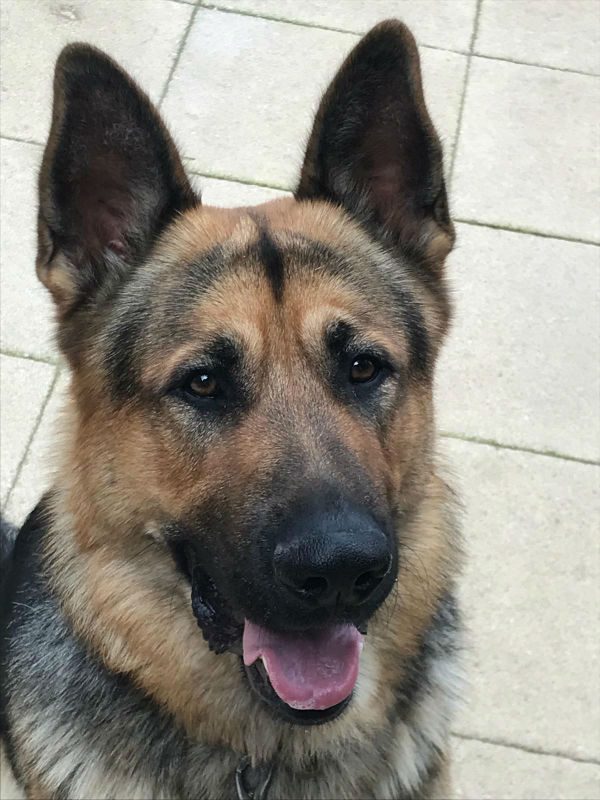 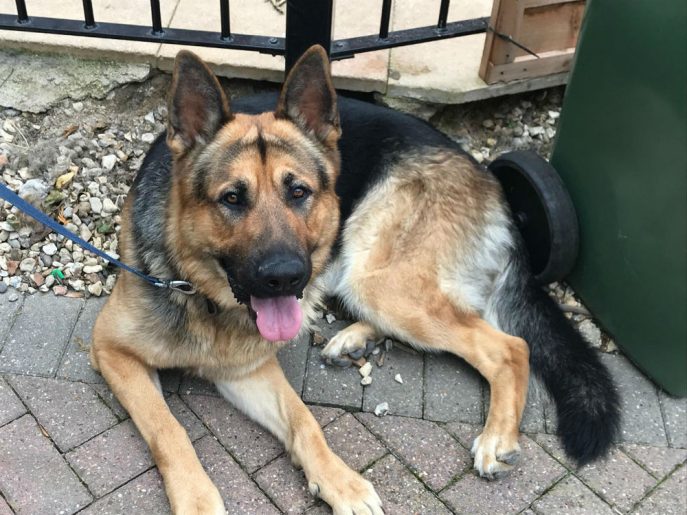 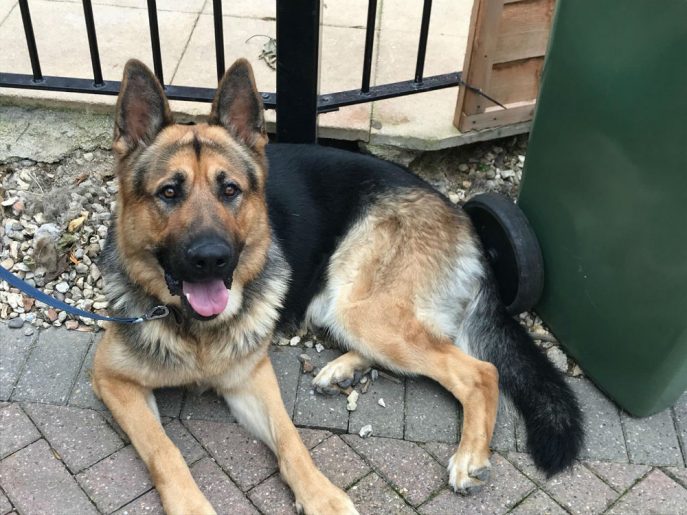 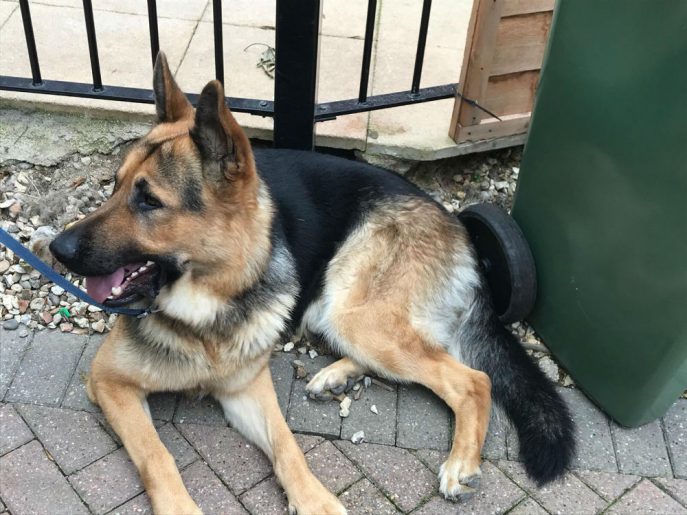 May I introduce Delight who is 2 years old. Now neutered and is vaccinated and microchipped. Delight has been in his home since a pup but is kept outside in a kennel and run. He is having to be rehomed urgently as his owners have a noise abatement notice against him due to his continual barking from being alone and needing more stimulation than he is getting.

This is what our volunteer had to say about him:

“Delight is a very handsome, enormous GSD. When we arrived he was barking and jumping up his outdoor enclosure, however he was soon won over by cocktail sausages and was then very biddable. Currently walked at non busy times as he can be vocal to people but also reactive to other dogs. Because of his size he is very strong on the lead but is exceedingly treat orientated so this can be addressed with time and patience. Whilst I was handling him a small dog appeared and Delight barked and lunged, but could be guided away and refocused quite quickly. He is quick to learn new things. In the time we were there he was taught autofocus and touch. He already does sit, down and paw. Whilst Delight does bark at noises, people and dogs, if you are with him he does stop and can be refocused. However, he is often on his own and the barking will just continue. He is also wound up by a small dog living next door which doesn’t help the situation.

Delight would benefit from someone who is willing to train him and lead him to making good decisions. We saw a beautiful young dog just looking for attention and guidance, that is craving human company and more mental stimulation.”

Del has been adopted.