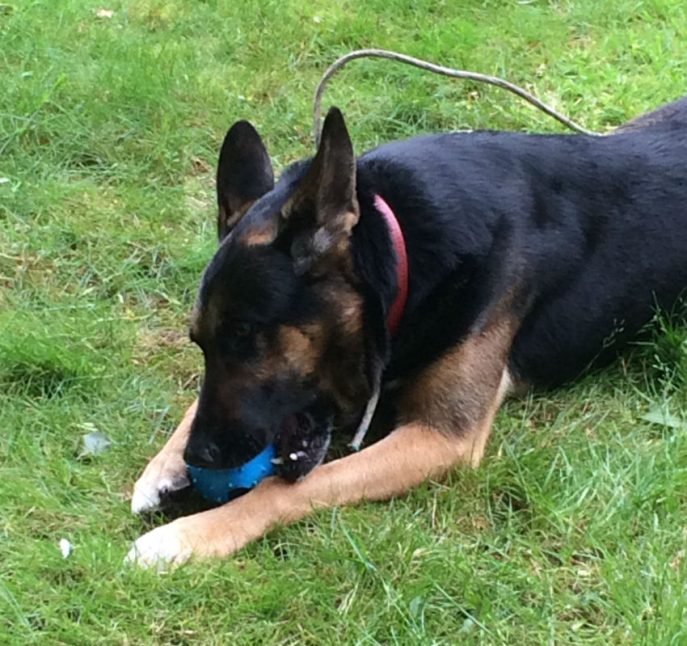 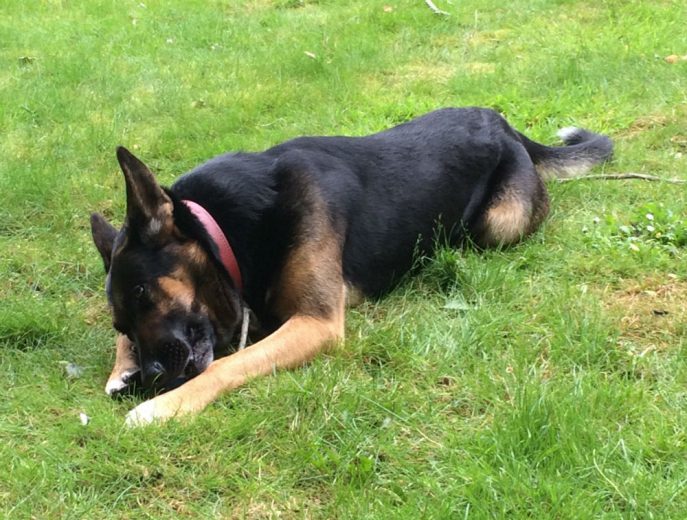 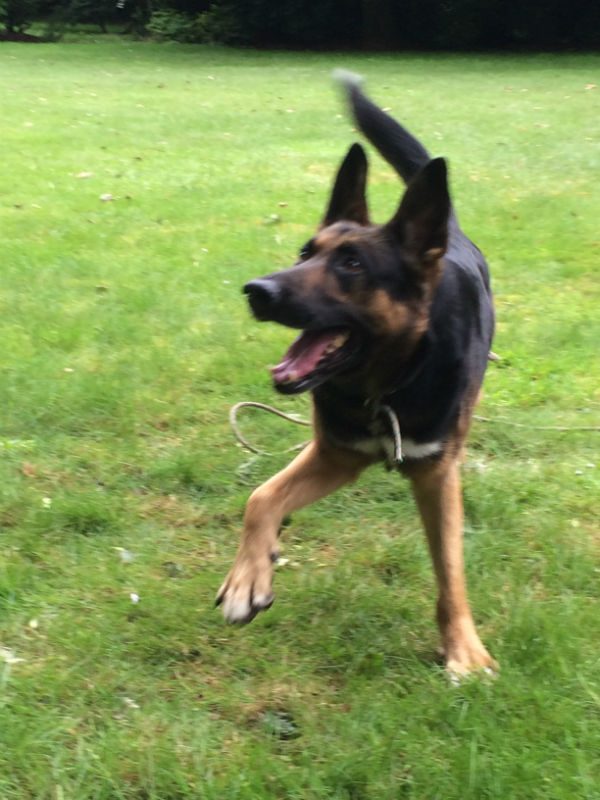 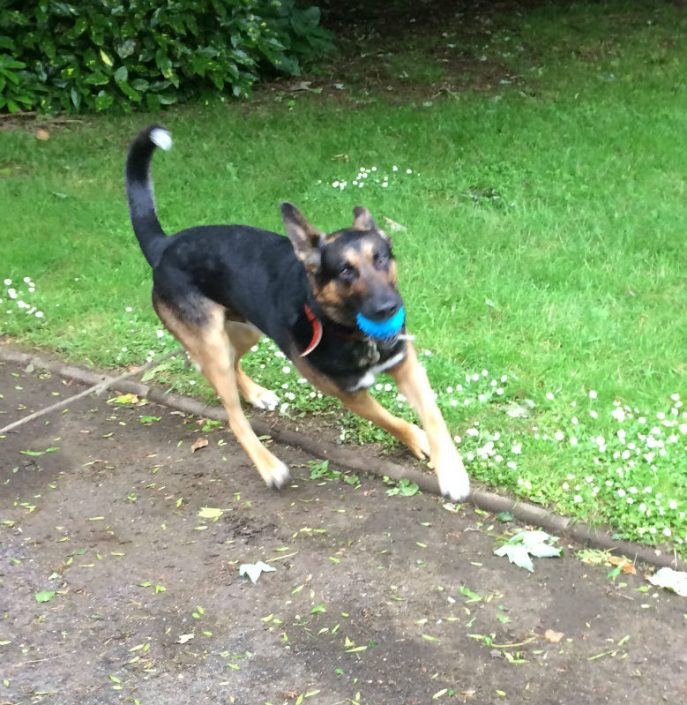 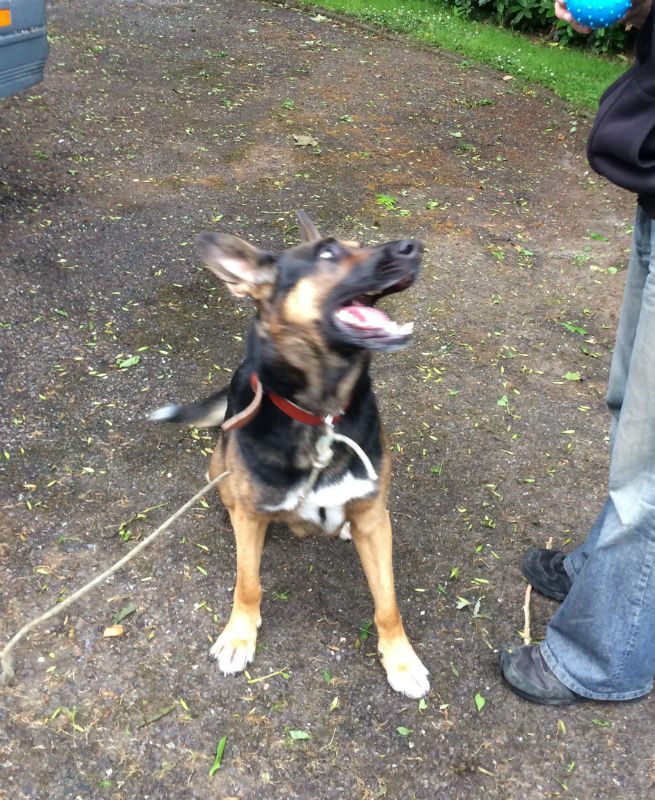 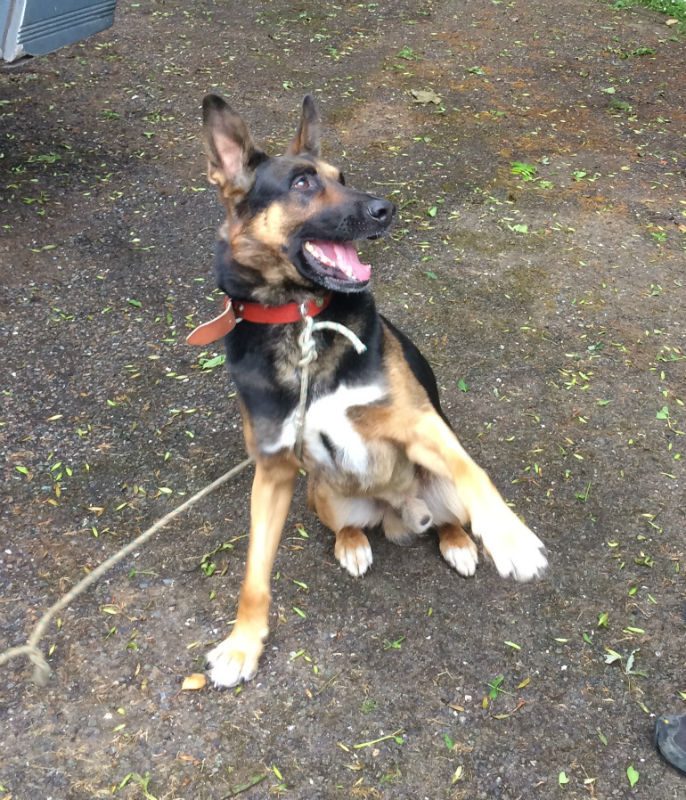 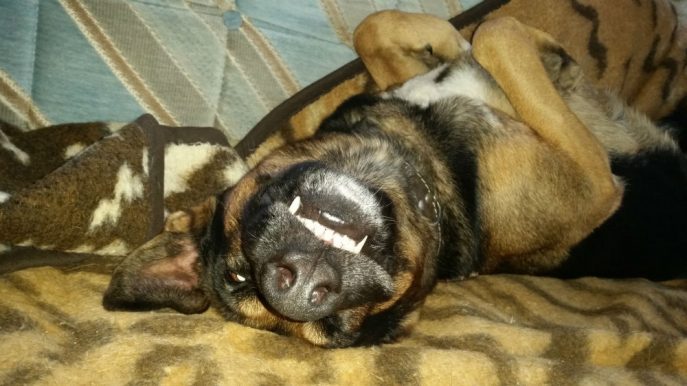 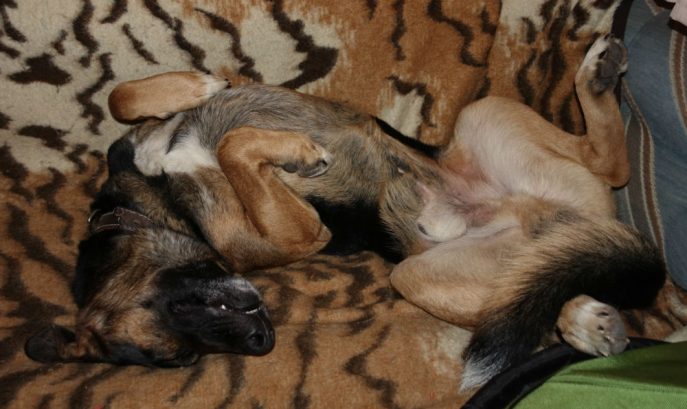 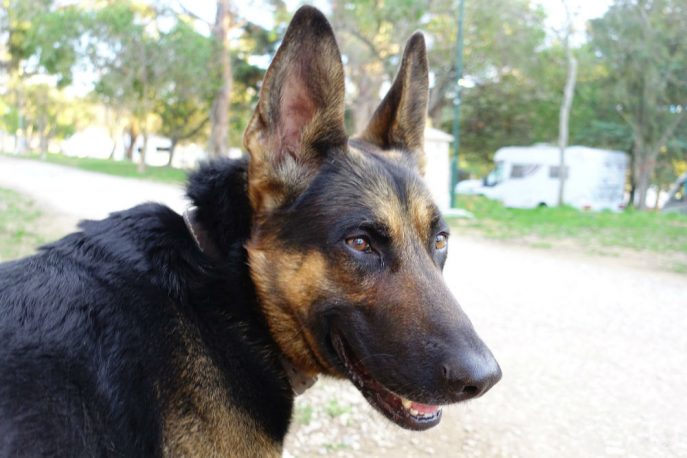 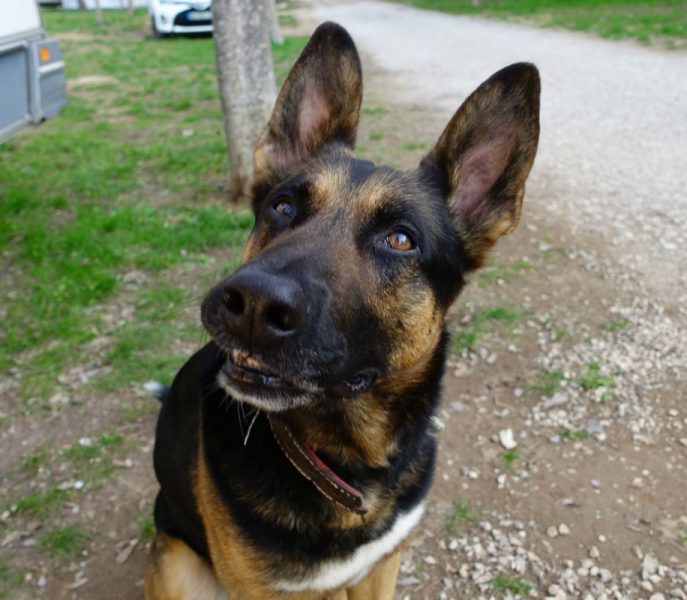 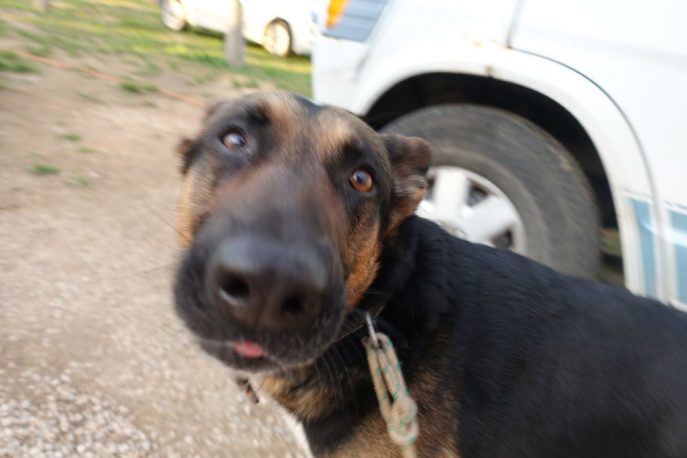 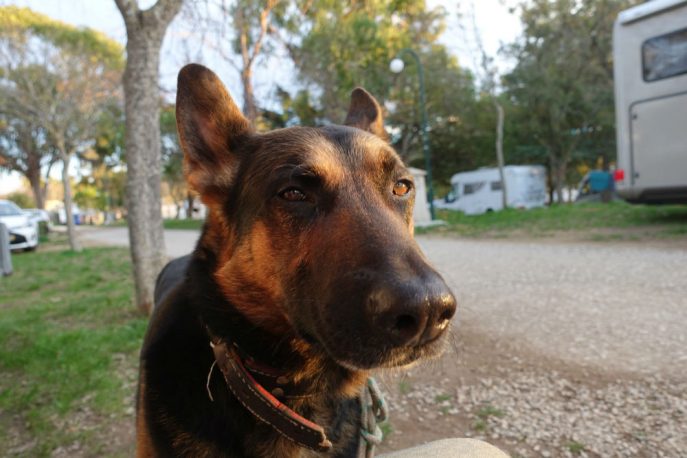 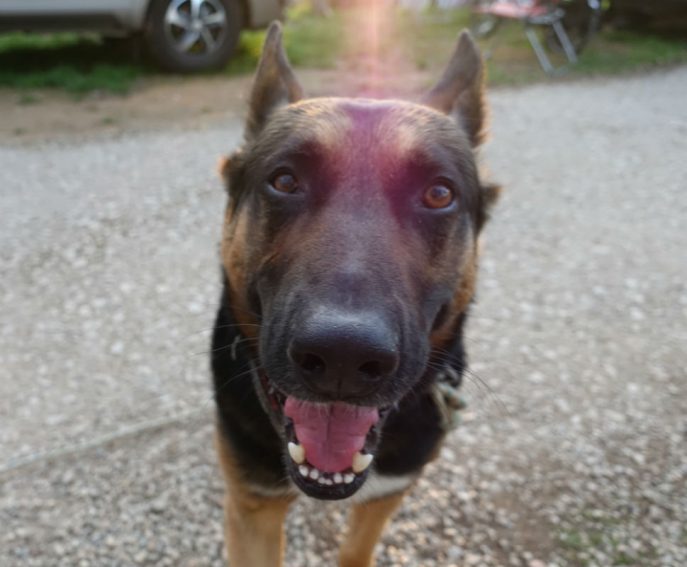 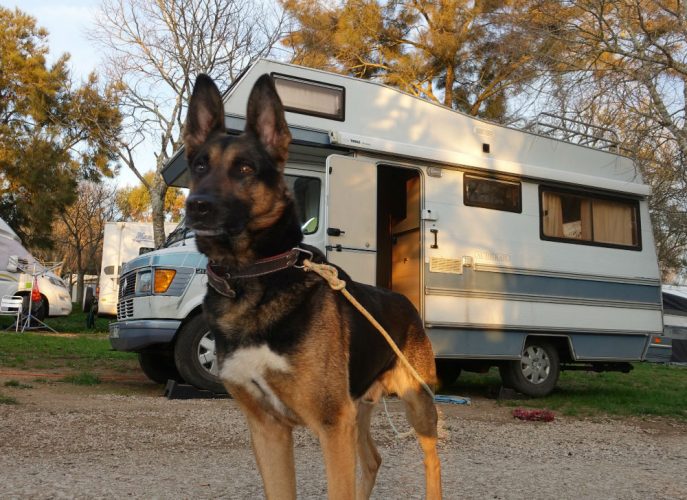 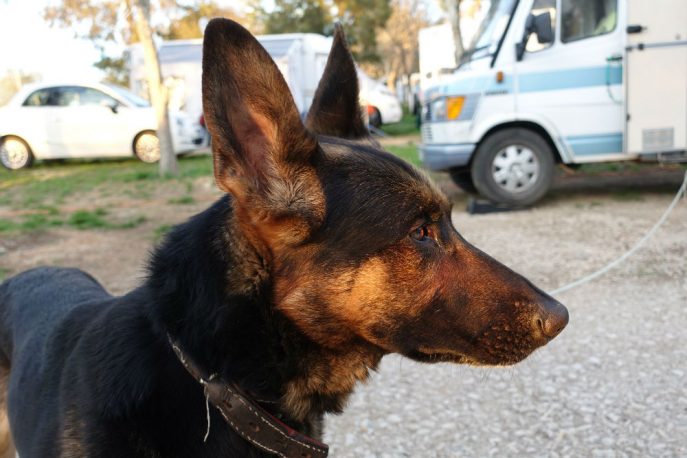 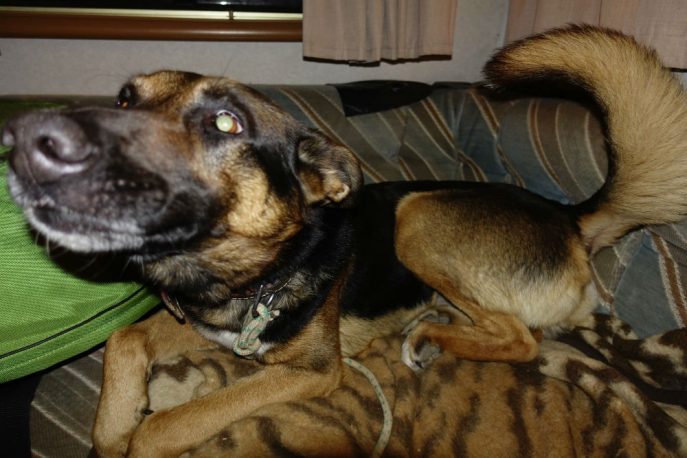 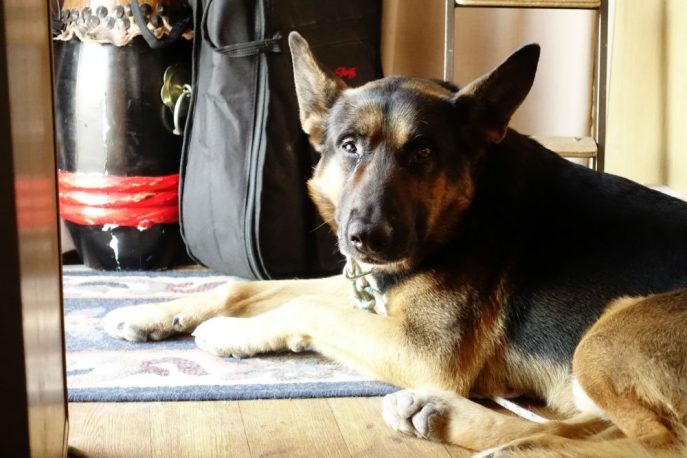 Meet Doggo who is 3 years old. Currently entire but fully vaccinated with passport and microchipped. Doggo was bought to the UK from Portugal after his current owner was helping to transport him to a new home in Portugal which was fake, so after 6 months living in a camper van with Doggo he bought him home with him. Fine with older children. Needs more socialisation with other dogs and a no to cats.

Doggo needs a home that can give him the training and socialisation he has missed out on please.

This is what the volunteer had to say about him:

“Was shown the pics of him still chained up on the day he collected him to transport him to the fake new owner. As you can see, not a full Shep. Nice temperament with people, barked when we got into the van, so I think he may guard a house. Unknown if he’s been house trained, Matt has had him 6 months but has always been in the van. Saying that he is clean in the van.

Only been in the UK for 1 week, and has not been in Matt’s parents house off lead. Recall is unknown, he has always been on his rope on the campsites travelling, and not had the facilities to test safely. Has shown aggression to another entire male in the past, but there was apparently a bitch on heat nearby. Only ever growled at 1 man, but he came up to the camper van drunk on one of the sites in Portugal, never bitten.

Very playful, an overgrown puppy, who probably didn’t get to be a puppy.”

Doggo’s owner has decided to keep him and is returning to Portugal with him.