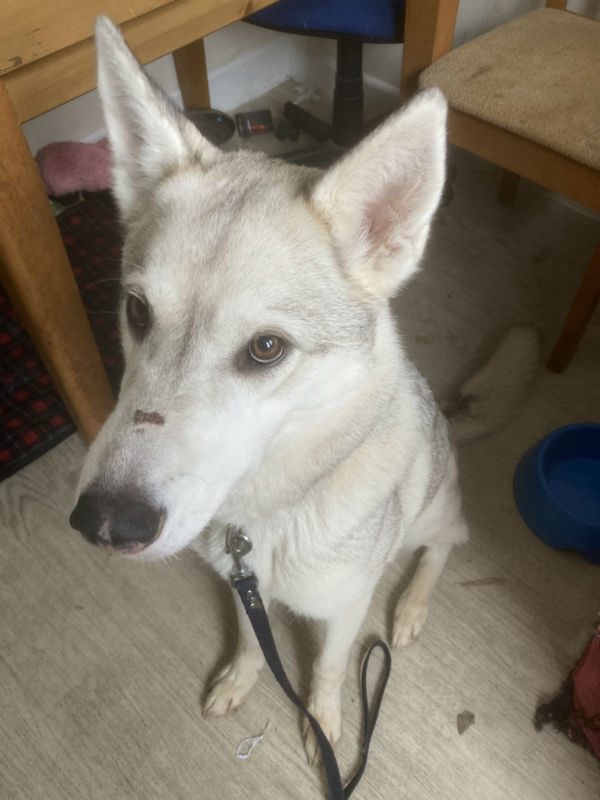 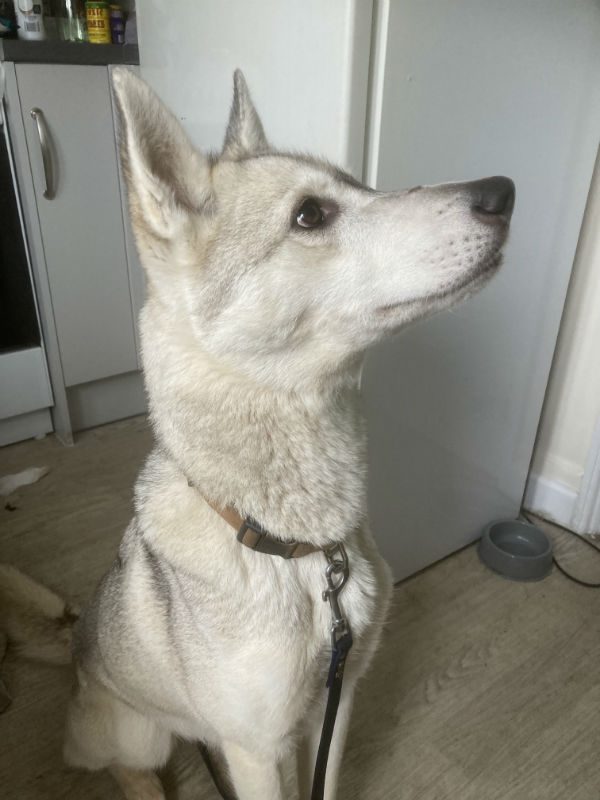 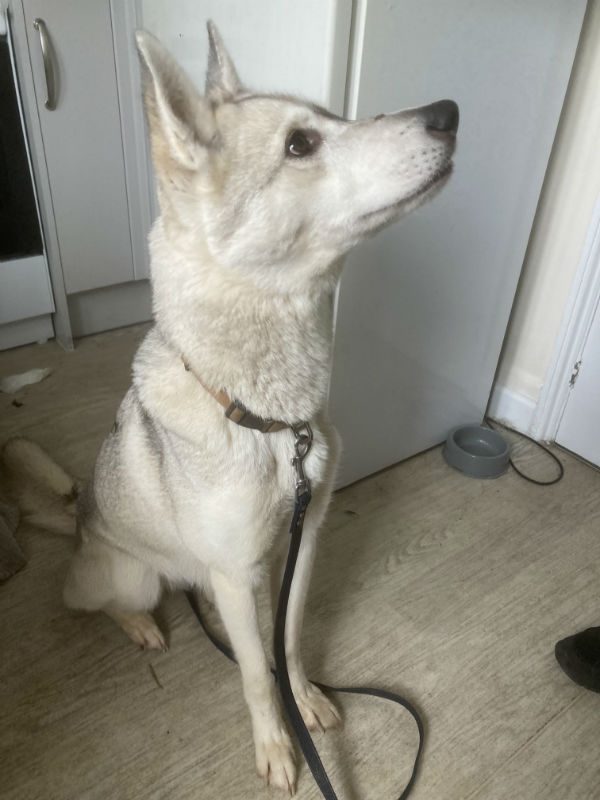 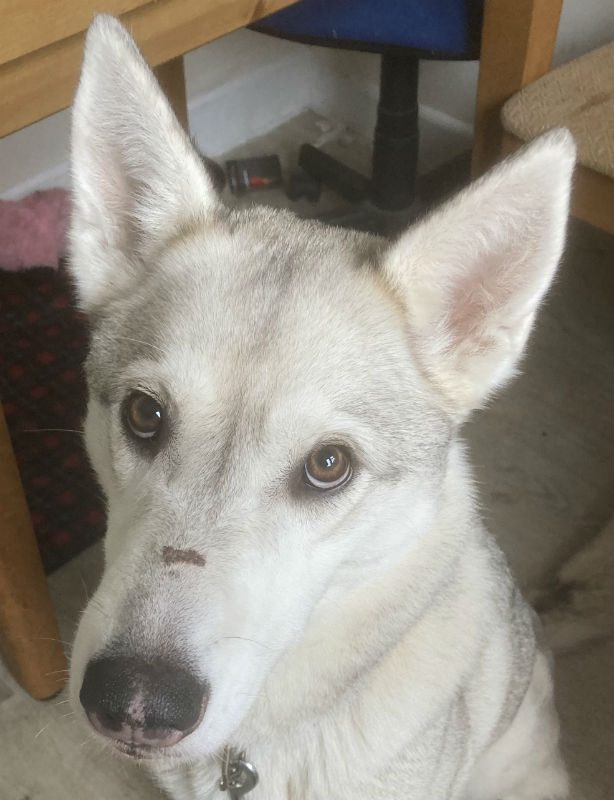 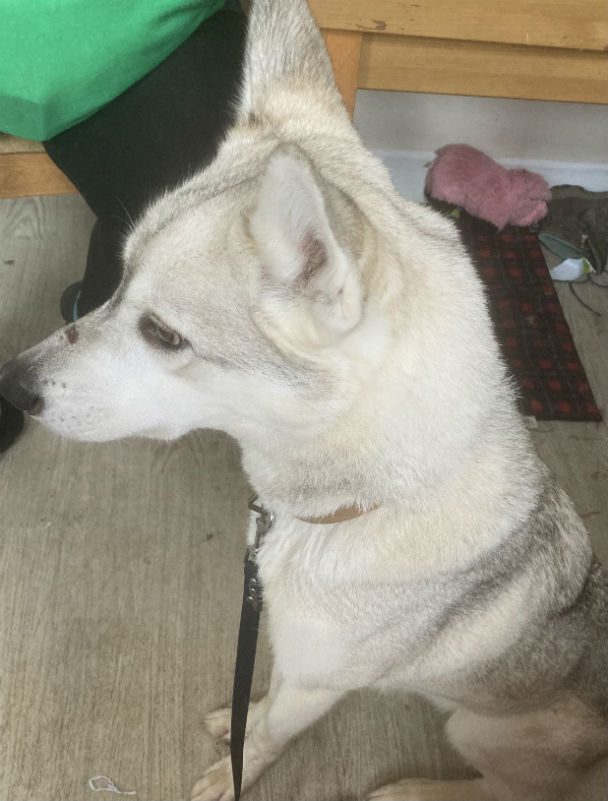 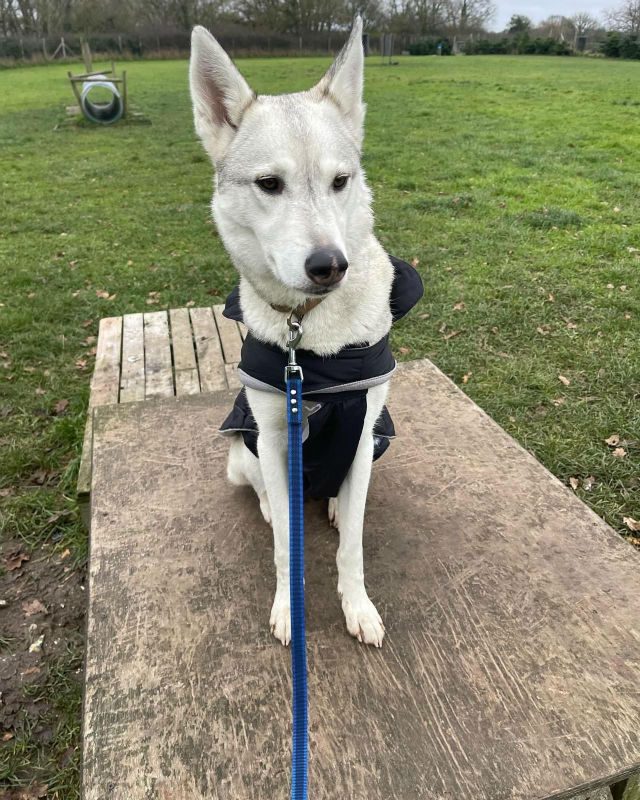 May I introduce Echo who is registered as a Tamaskan dog on her microchip, being a cousin of the GSD. She is just over 2 years old. Vaccinations are out of date and she is not spayed but had her last season in December so could be done in April.  Echo is currently with a family who took her in short term after she had been in a situation of neglect. This is what our volunteer had to say about her:

“I’ve had a good chat with the lady that’s looking after her at the moment, and she’s happy to hang on to her in the short term, until we hopefully find her a home, but she’s got 3 other dogs, so can’t keep her permanently. She only took her because the owner told them to get her put down.

It would appear that Echo has previously been left for days on end with little food or water, which explains the state of her coat and the fact that she’s so thin. She has started eating again, but will gulp water down, and then not drink for a couple of days, which is obviously a leftover from being shut in.

She showed absolutely no aggression to me, and despite being muzzled around the young children, (as a precaution), in the current house, Echo has shown no aggression to anyone in the household. Apparently the person that she bit was teasing her and she snapped at him, and caught him, so it probably served him right. She has no food or toy aggression, but will lunge and woof at other dogs when on the lead. Her general behaviour on the lead is very good, until she sees another dog.

This little girl deserves another chance, she’s too pretty to be left to starve herself to death, which I believe she would if she became stressed out again.”

Echo would love a quiet home with people around most of the time as understandably she suffers with separation anxiety and then gets stressed and starts dropping weight again. Her current home are giving her the best care possible and have brought her on leaps and bounds so she just needs that special forever home now please!

Echo has found a home through another rescue.