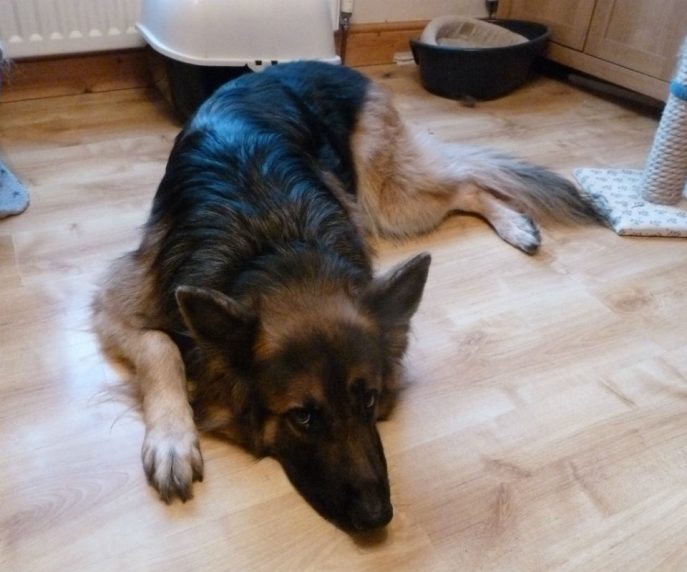 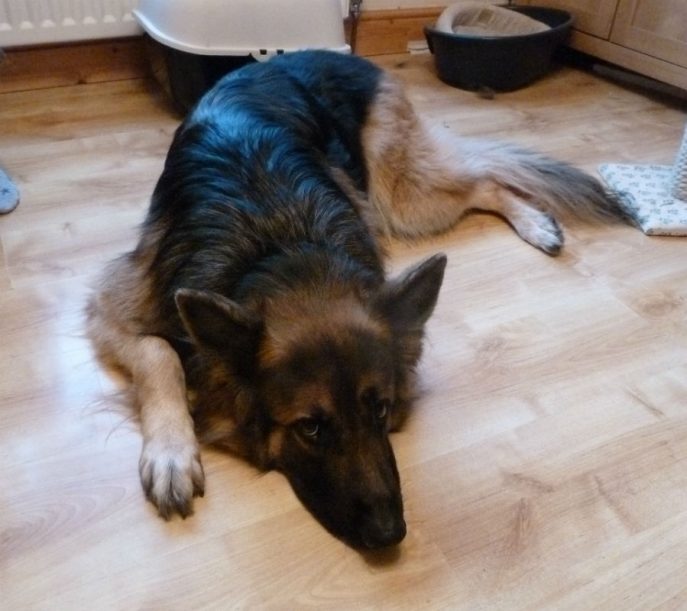 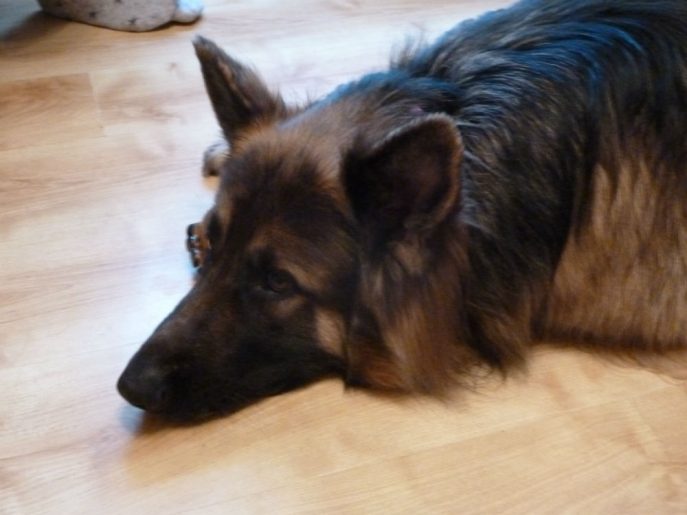 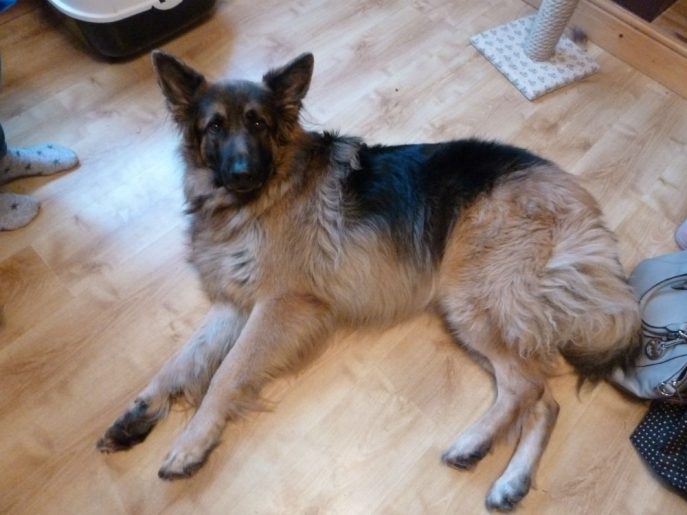 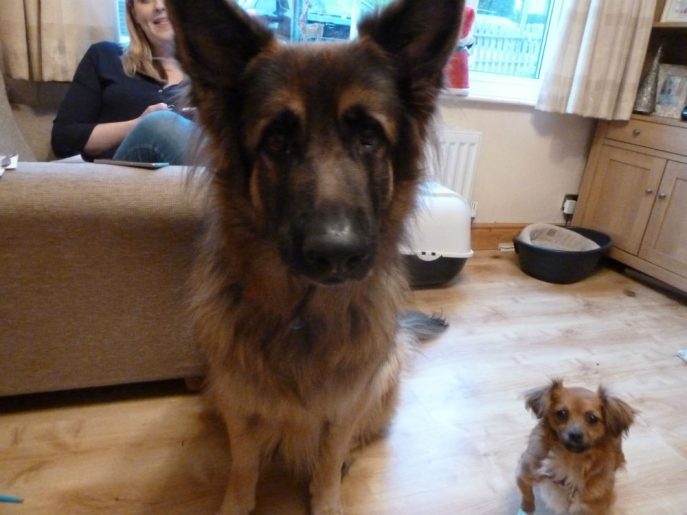 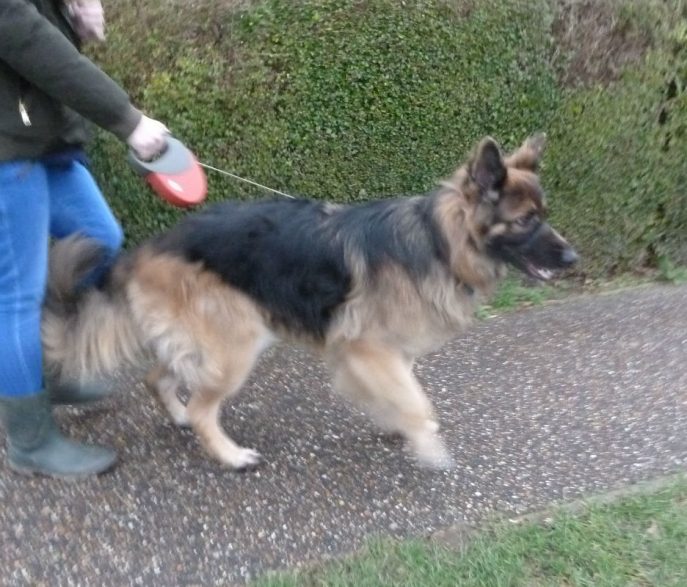 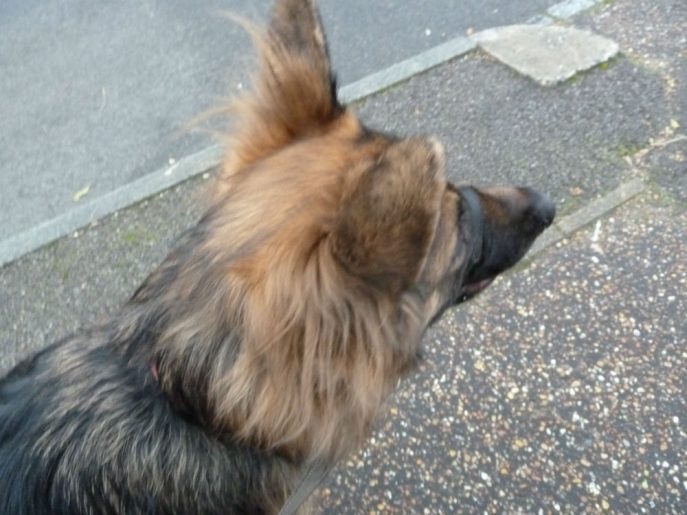 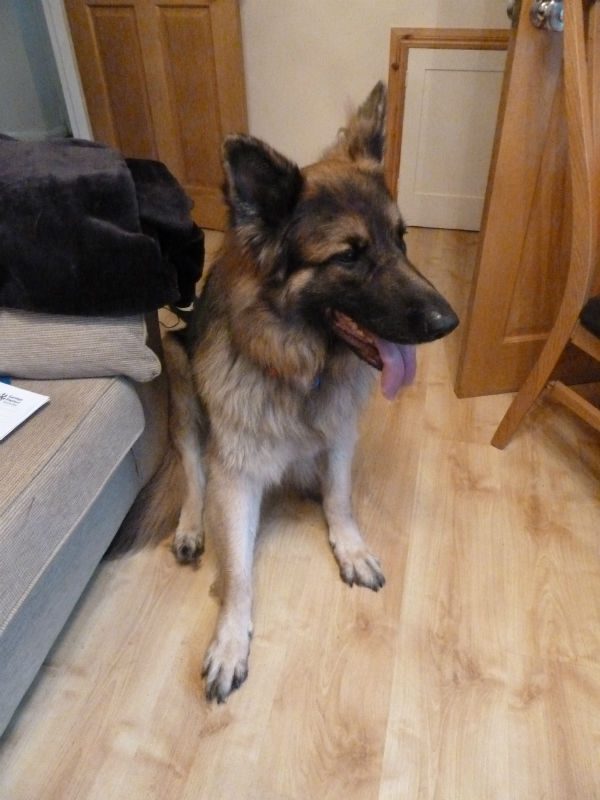 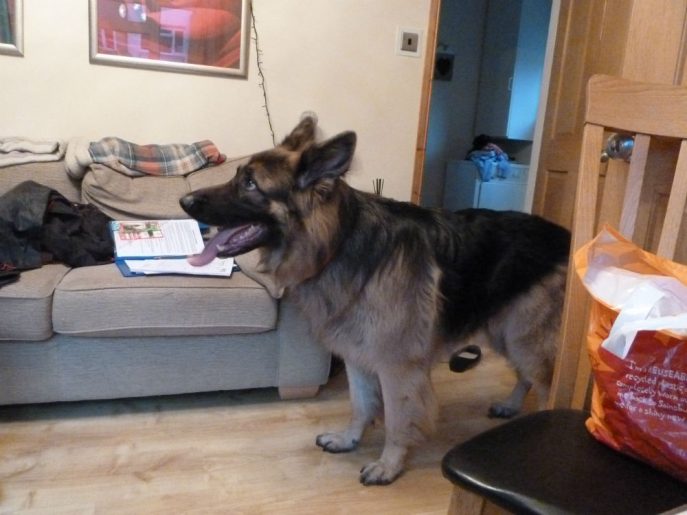 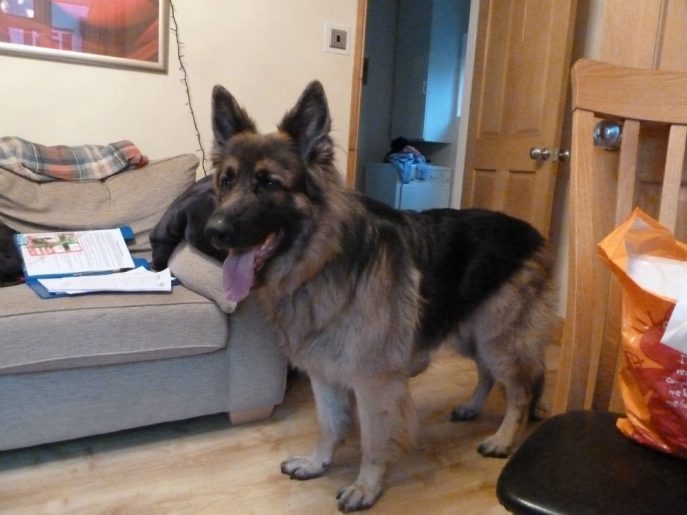 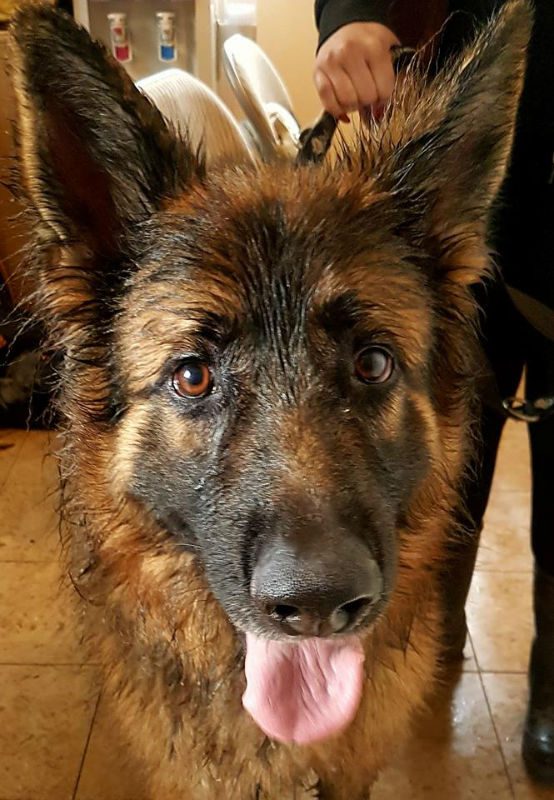 May I introduce the rather handsome Elwood who is 4 years old, neutered, vaccinated and microchipped. This is what the volunteer who assessed him had to say:

“Elwood is large (44kg), flat backed and soft coated – in good condition.  Delightful nature, very friendly and a great companion and house dog.  Barks when anyone at the door or outside the house but quietens when told to stop and greets people in a very friendly manner.  Does get a bit excited to start with but settles.

Was frightened by a small child, who shrieked at him, when he was quite young and now tends to bark at them.  Lives with five cats and a small Chihuahua crossbreed.  Would chase a cat when out of the home but happy in the home.  Limited exposure to livestock and has always been on a lead – interested in them though.

He is not good at the vet and has to be muzzled. He won’t sleep on a dog bed and prefers to be by the front door, after a brief cuddle on the bed!  Likes to keep cool – thick coat.

Being rehomed because of relationship breakdown. He is being walked on a Halti and extending lead with little or no control and allowed to go where he likes.  I walked him close to me and he was as good as gold once he knew what I expected of him.  He is let off in a secure area and is, apparently, somewhat indifferent about coming back when asked.  More interested in playing with other dogs.  He is not very treat orientated.  I gave him a treat and he took it very gently, put it on the floor, sniffed it and then decided it was safe to eat.  He does like his toys so, hopefully, this might motivate him more.  I think Elwood would thrive with proper training and consistent boundaries.  He just needs an experienced owner.  He is a big, beautiful, giant.”

Elwood has been in foster with other large dogs, and whilst he can be a bit dominant at times, he does love to play. He is like an overgrown school boy, up to mischief and pushing his luck. Due to his boisterous nature, older teenagers only. Elwood will need an experienced home that keep him within his boundaries, and in return you will get an action packed friend for life.

Elwood has been adopted.

Taken much too young, but Elwood has gone over Rainbow Bridge.