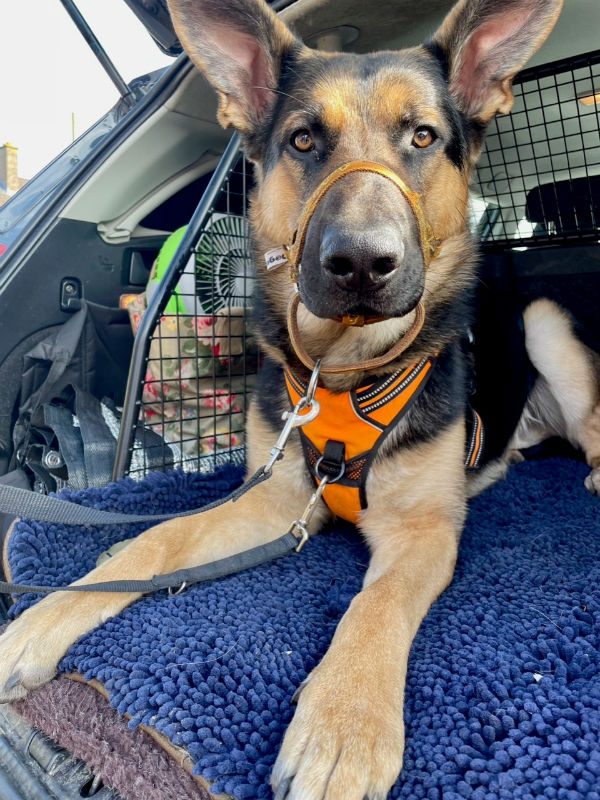 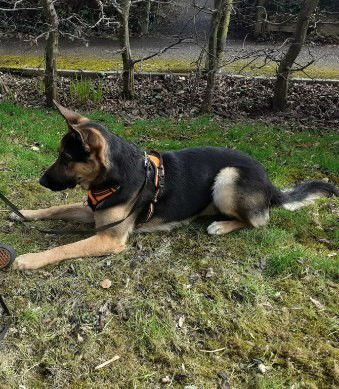 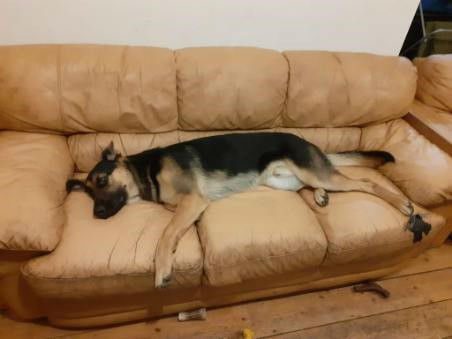 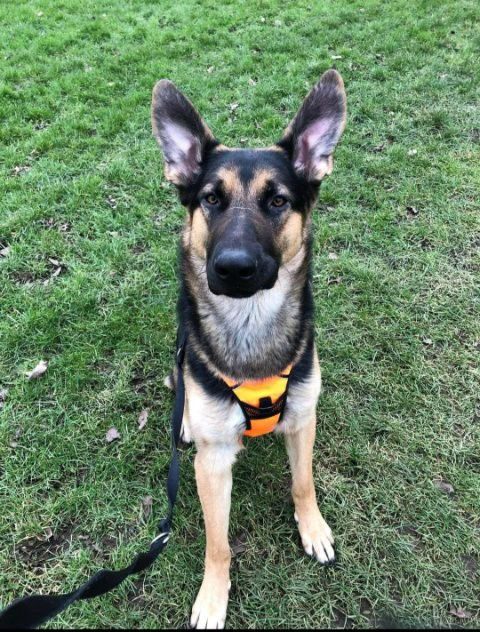 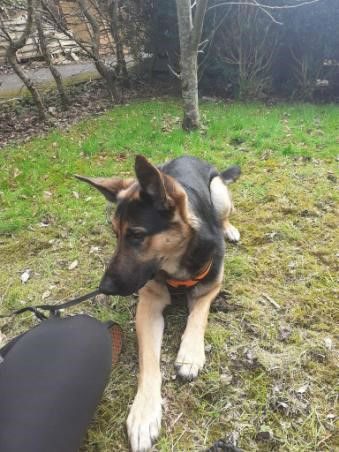 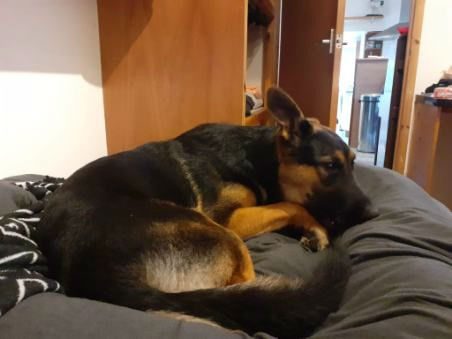 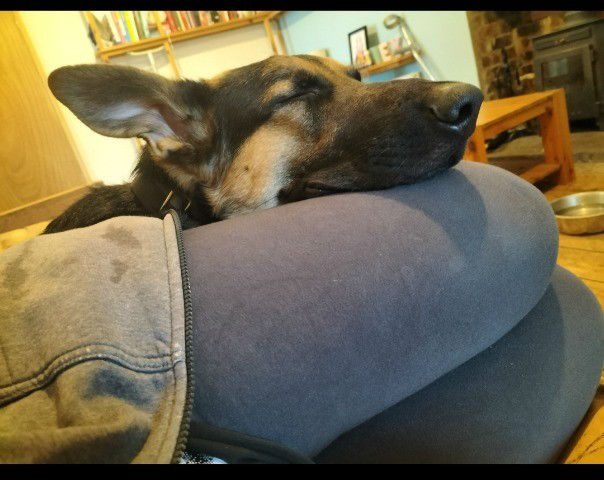 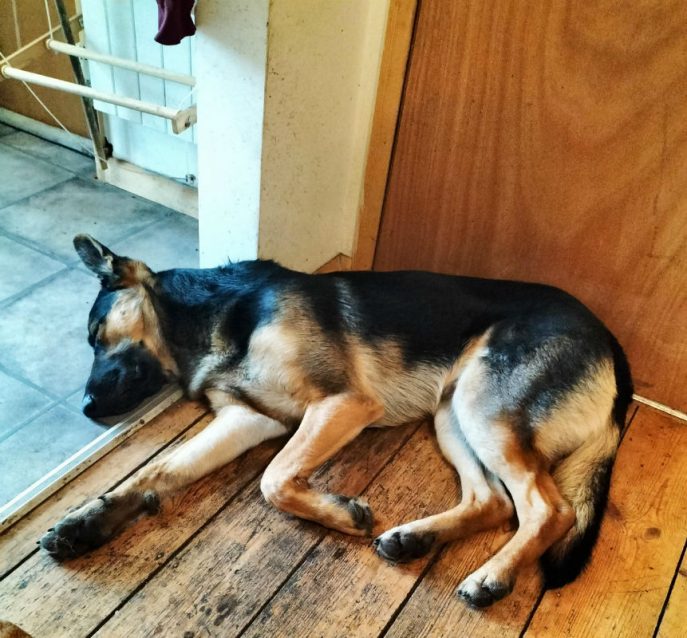 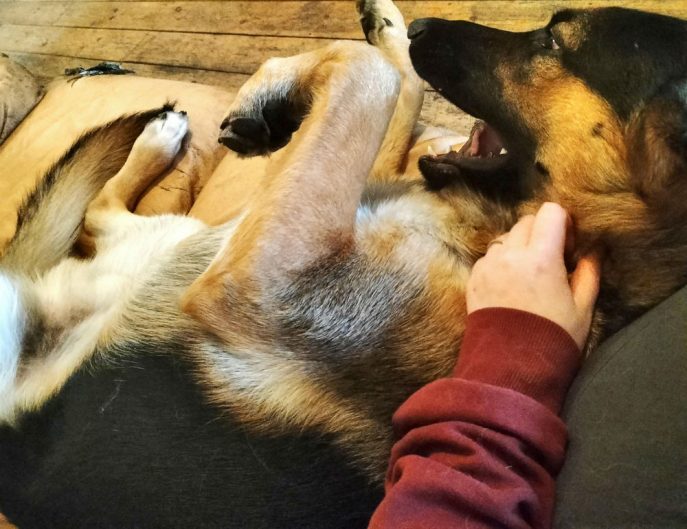 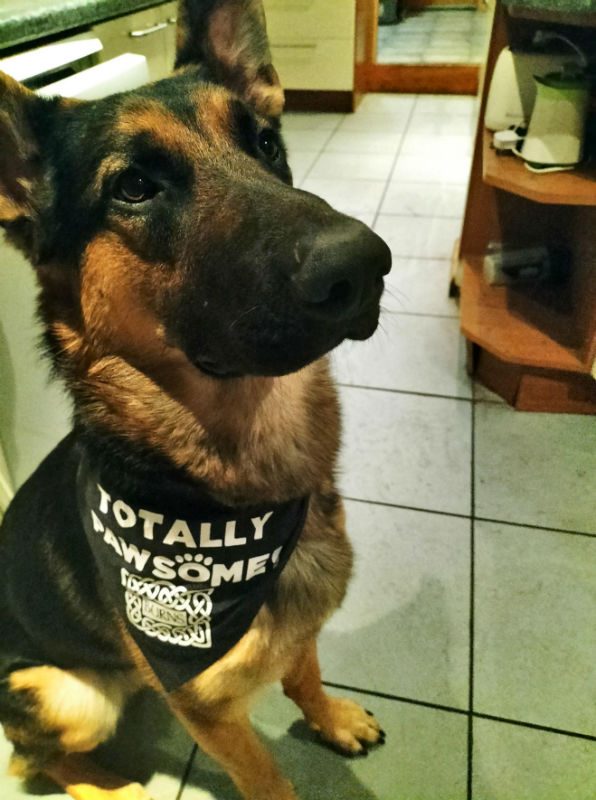 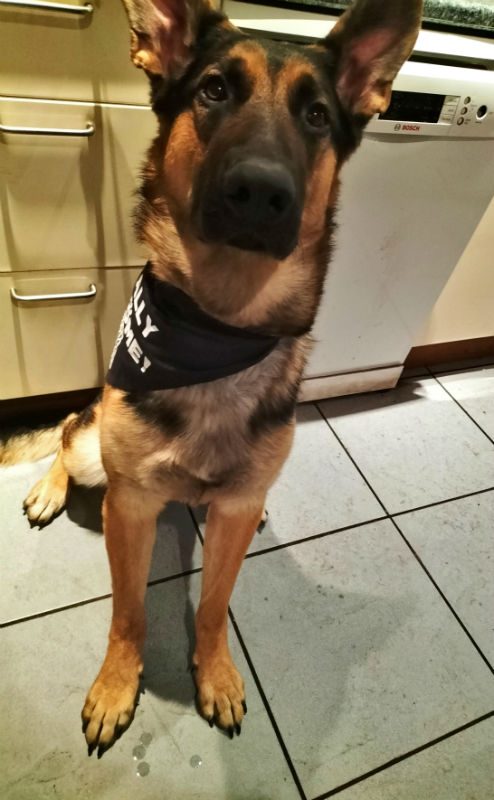 Fergus is 13 months old. He is not neutered but is microchipped and vaccinations are up to date. This young lad is a GSD cross Lab x Ridgeback who is looking for a new home as he is struggling living in a house share situation. Also he is living with a JRT who has rejected him playing since he was young and he is now frustrated.

Fergus’ stress at the situation is leading to him guarding doors and when he gets stressed he will start chewing his back leg. He is currently on Apoquel as he has had the odd hotspot, and this is also probably due to stress. This is what our volunteer has to say:

“The guarding struggle therefore is a major symptom that has escalated with his increasing unhappiness in the home he is presently in. He is very much a ‘one person’ dog but also does like to engage with others on his own terms and does so willingly. He adores his female owner and she does say that he is not that keen on male humans in general unless he is allowed to approach on his terms and not rushed. He is better with women. He is unknown with children but doesn’t like children across the street moving quickly or making their excited noises so he would be a no to young children, including young teenagers. Strictly late teens at best. He is in fantastic condition but his claws were a bit long as he isn’t keen on having them clipped. He is a bright, engaging, loving Lad who just needs the correct, slow approach to rewarding him for making decisions and not continually telling him what to do.”

Our volunteer spent a long time with Fergus and his owner and quite quickly had him accepting her and approaching for treats. Fergus will be a challenge as he is a nervous large dog, but with a home with minimal human traffic, and GSD experience, especially in reading body language and getting the balance between confidence and boundaries, this lad could turn out to be a super loyal companion.