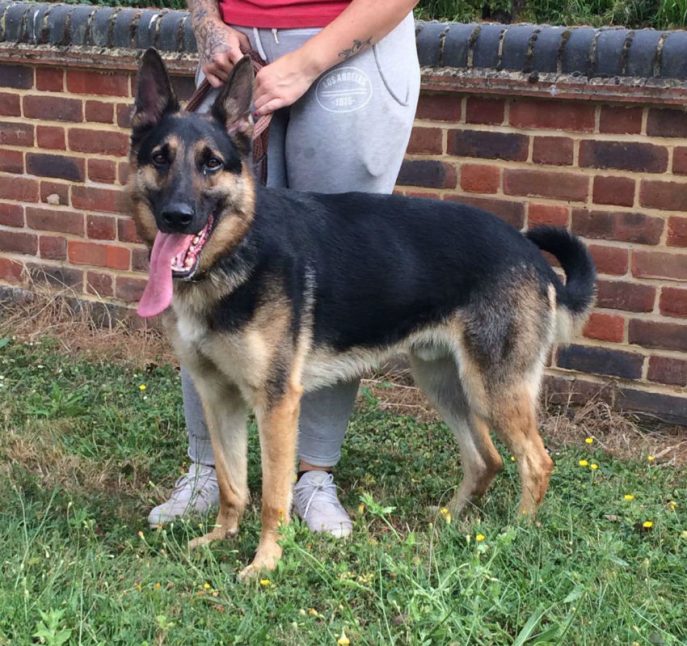 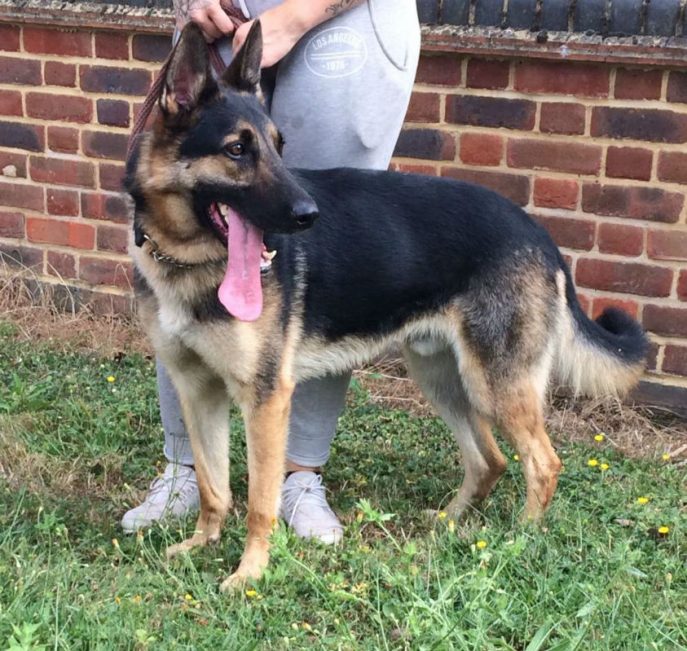 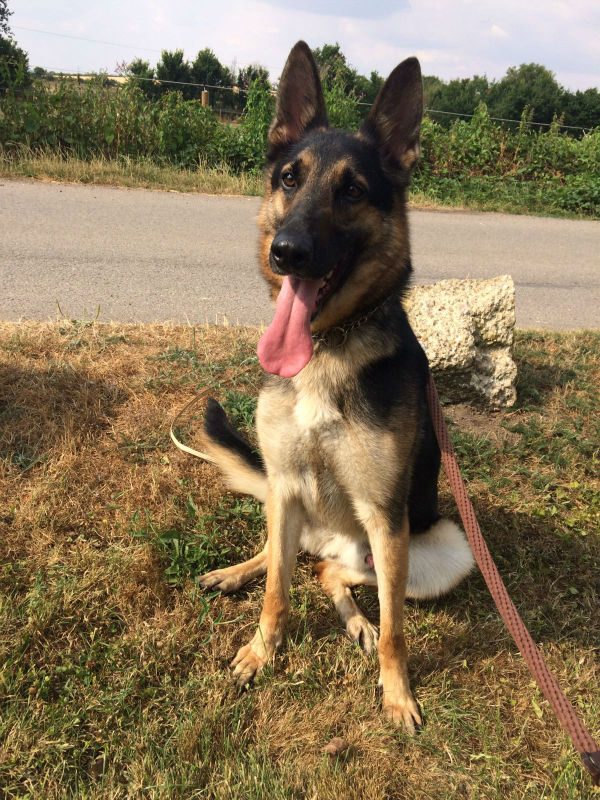 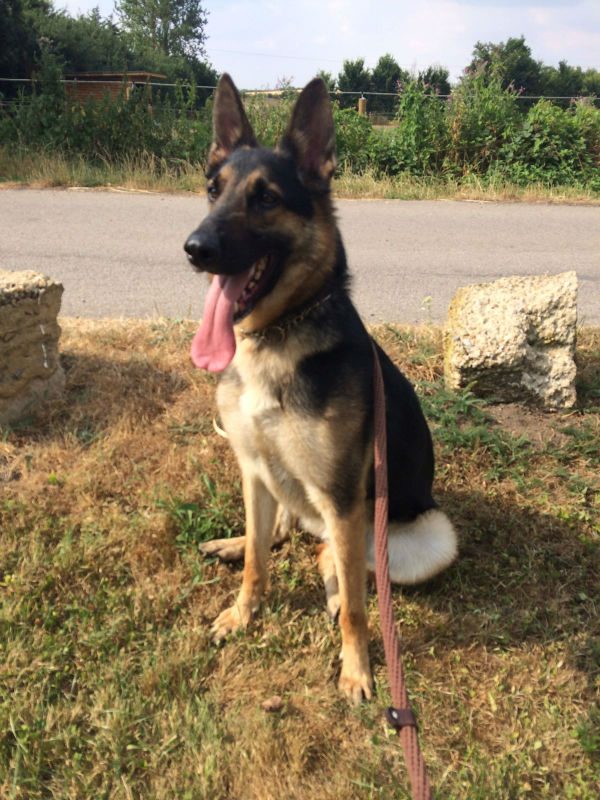 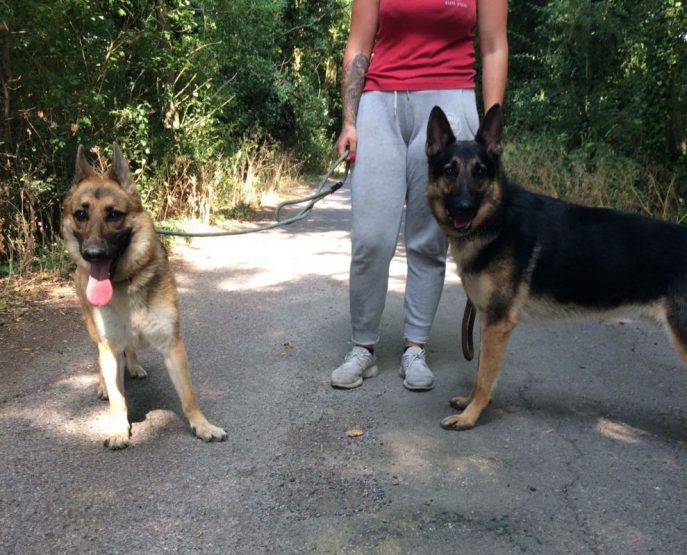 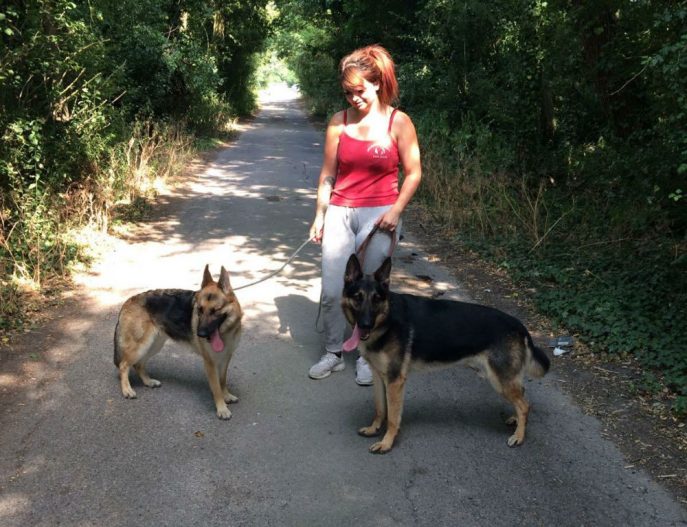 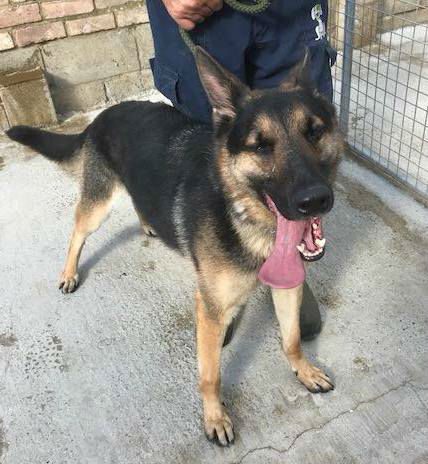 May I introduce the handsome Freddie. He will be 4 in October and is neutered, vaccinated and microchipped. We were asked to take him in by another rescue and this is what we were told:

“Freddie was removed from somebody as he had been kept in a container in a car. Freddie has been used as a working dog so comes with issues. When he was taken Dog Warden managed to get him on a lead after Freddie had calmed down and stopped showing aggression, he was taken to vets to try and check him over but Freddie was just lunging at vets so they didn’t manage to, when then arrived at kennels Warden took him in on lead and was fine and apart from being barky. He has been fine with kennel staff. Freddie doesn’t seem to like the other dogs and does focus on them, he is very highly strung in kennels. Possibly due to his working life he is protective of whoever has him on lead, if a member of kennel staff has him on a lead and someone he does not know stood in front of him he would focus on them and then lunge. He needs behavioural or rehab rescue only . He is a nice lad when he knows you. Xx”

Freddie settled into our kennels very quickly and is absolutely fine with the kennel staff. At the vets, he showed protection whilst waiting in reception, but behaved for the vet whilst he was vaccinated. Freddie has been out walking with a female and male shep with no issues as can be seen so doggie socialisation will be continued.

Freddie will need a very experienced home who understands he will never be able to be just let off lead like a normal pet, but will love his people loyally. No children. Would probably live with a bitch from what we have seen, and in fact an older bitch who could boss him about may help to ‘turn’ off his protection trait. No cats.

Are you Freddie’s special home please?

Freddie, now called Loki, has been adopted by his foster dad.