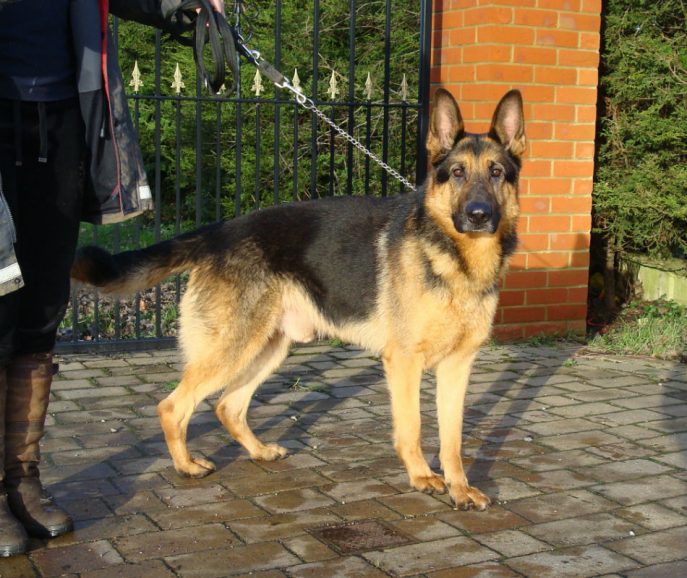 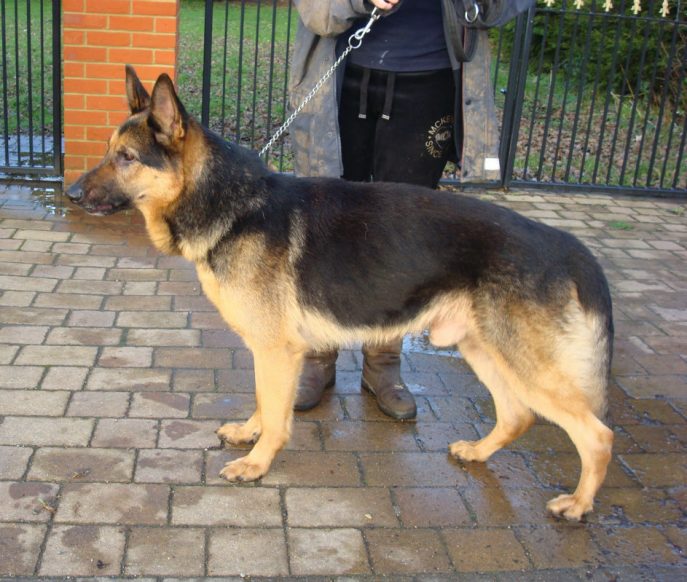 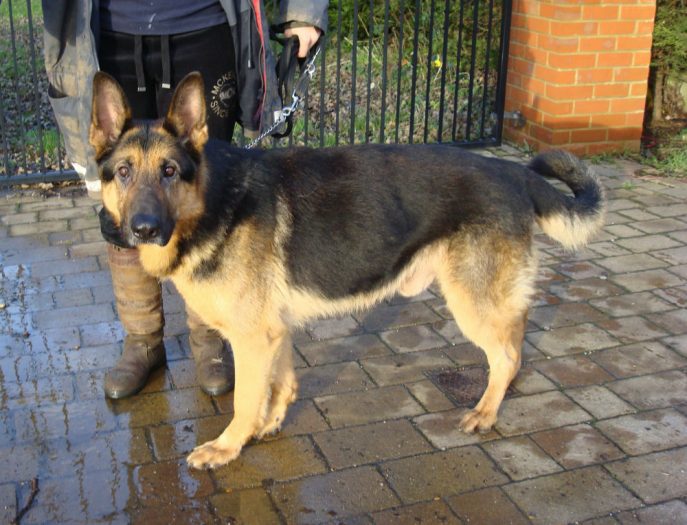 This handsome lad is 6 year Jack who is neutered, vaccinated and microchipped.

We took Jack in from the pound as he had been picked up by the dog warden. We obviously do not have any history on this lad so would not rehome him with children. Jack seems fine with other dogs and in fact tends to keep himself to himself. Unknown with cats.

We know Jack does not like the vets and has to be muzzled but otherwise he is quite a gentleman with people when out and about. He can be a bit of a grump sometimes and when he has a grump it is best to leave him be. he especially likes his own sleeping space and does not like being touched when he is laid down. We wonder if someone has had a go at him when he was asleep at some point.

Poor Jack had been adopted but his dad is not very well and unable to exercise him but this is what he says about him:

Jack has been badly frightened in the past and takes time to trust you. Initially he went to his bed and hardly left it. It took a couple of weeks before he decided to join his dad in the lounge but now craves affection. He is very clean in the house. Does need further lead training but fine with other dogs when out, in fact ignores them. Jack has been fine with visitors and delivery people. He grabs his food and cannot wait for you to finish eating expecting the leftovers. We wonder if that is all the poor lad was fed. Treats are obviously a great bribery and corruption tool with his lad. He has obviously had it rough in the past. Jack does not like being approached when he is laid down and likes his own space.

Jack needs an adult only home with people who understand a shepherd like Jack and preferably where this is a minimum amount of people traffic. Would live happily with an older bitch.

This lad so deserves a chance!

Jack has bagged himself a home with a sister for company.

The lovely Jack spent his retirement with Auntie Linda and passed away in his sleep at 12 years of age.