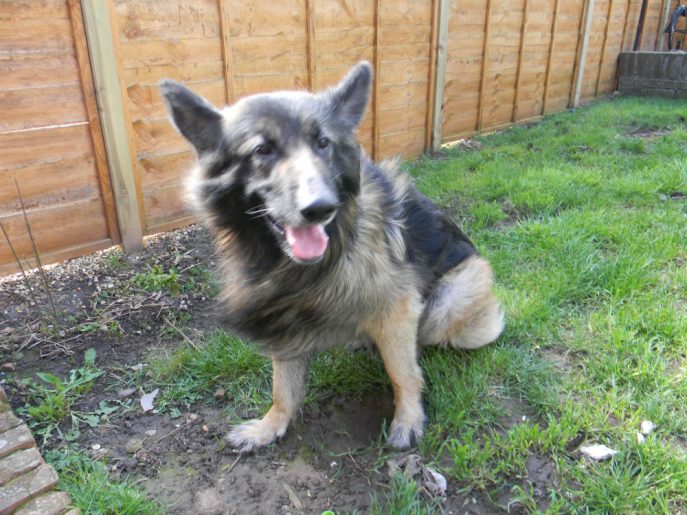 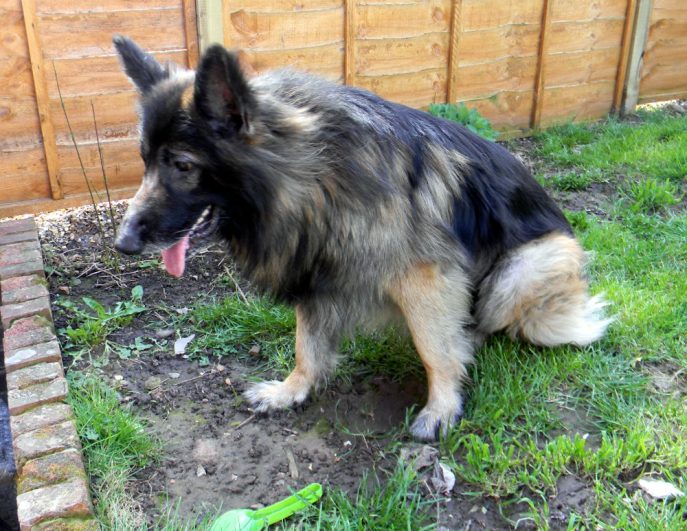 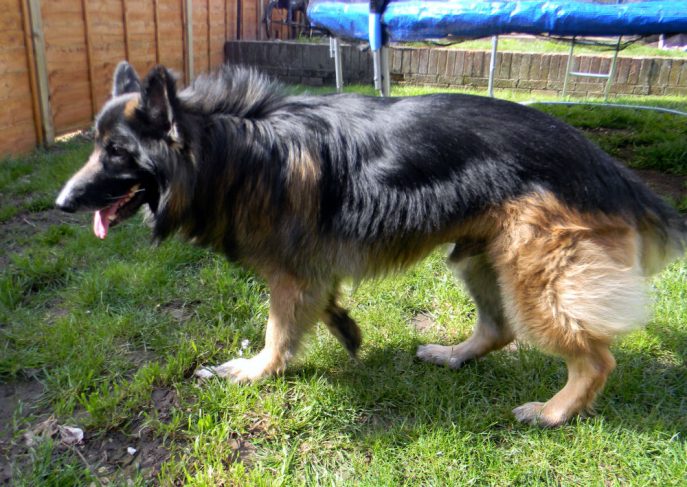 This handsome lad is 6 year, now neutered Jake who is good with the young children he lives with, other dogs and cats in his own home.

Jake can be very protective of his home as he has not really had the leadership he needs. This is apparent in the fact he can be nervous and may nip if someone is coming in and he gets excited. For this reason we would suggest an adult only home with experience to put him on the straight and narrow and allow him to realise he does not have to be the protector.

He does pull on the lead but has recall and basic commands. Jake is allergic to fleas and also came in with an ear problem which has now been sorted.

Being rehomed as the family are expecting twins!

Jake is now safe in kennels where his ‘allergies’ are being dealt with, however it appears it may be more to the fact of his environment than anything else that has caused this poor lad problems.

Jake is staying with his foster home and is a totally different dog to the one described above now!