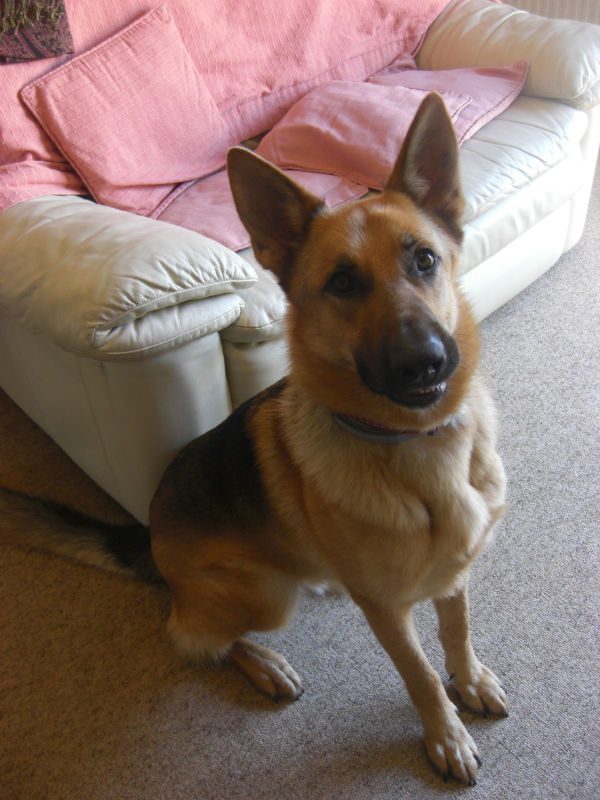 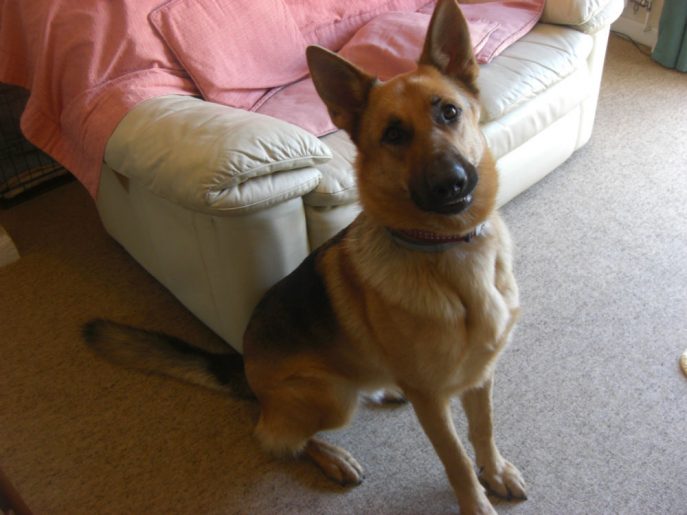 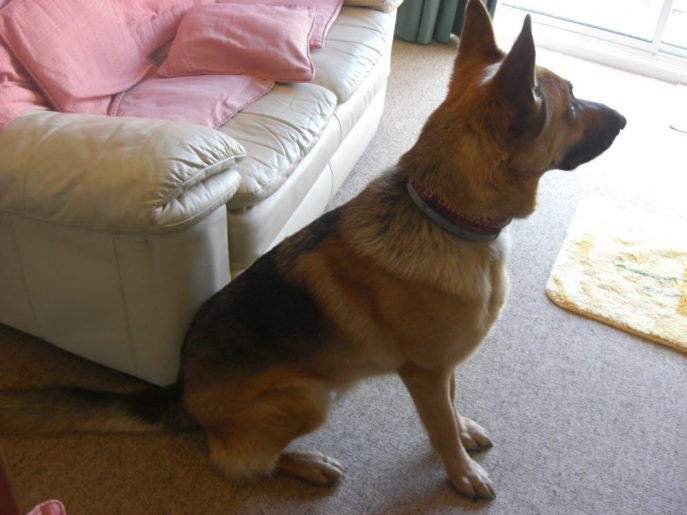 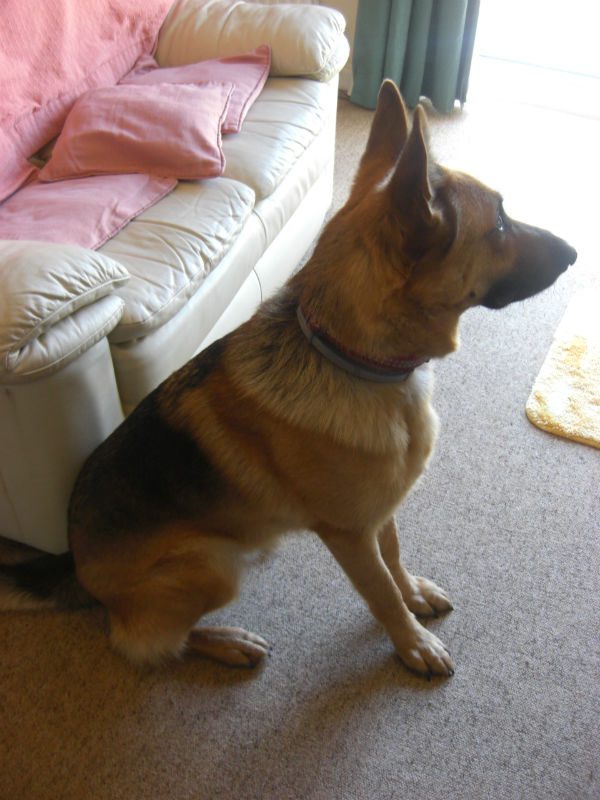 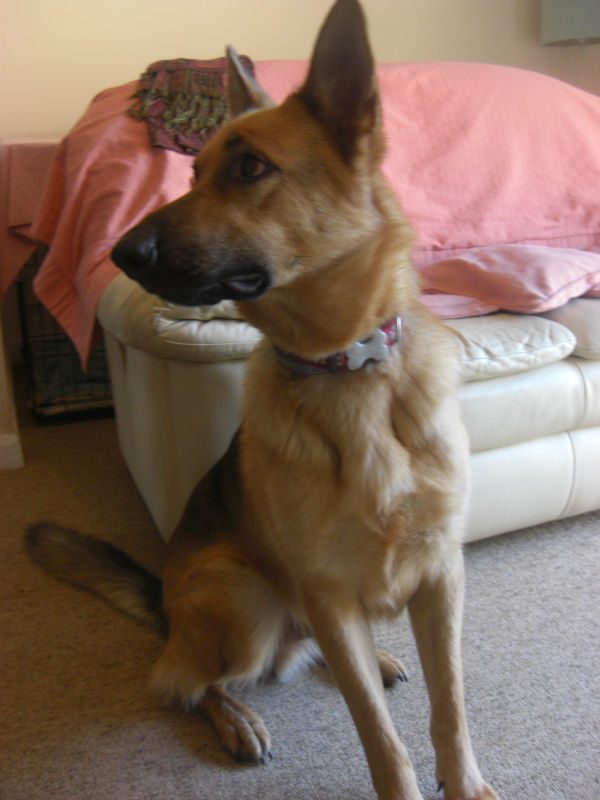 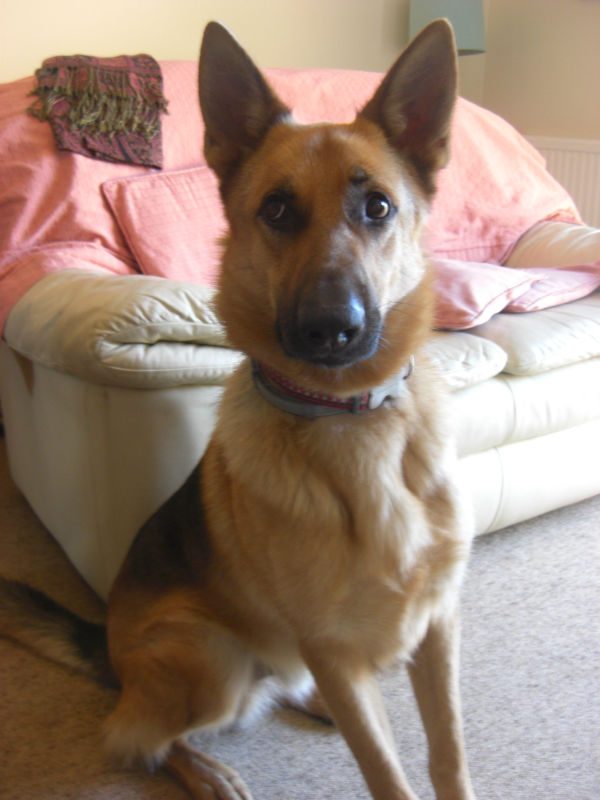 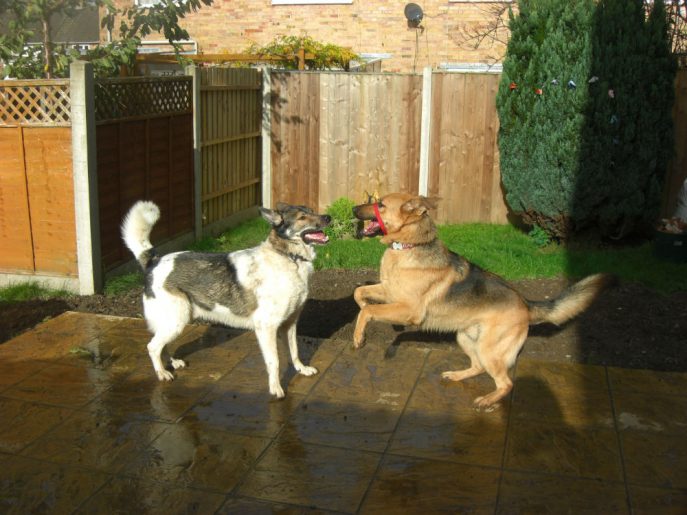 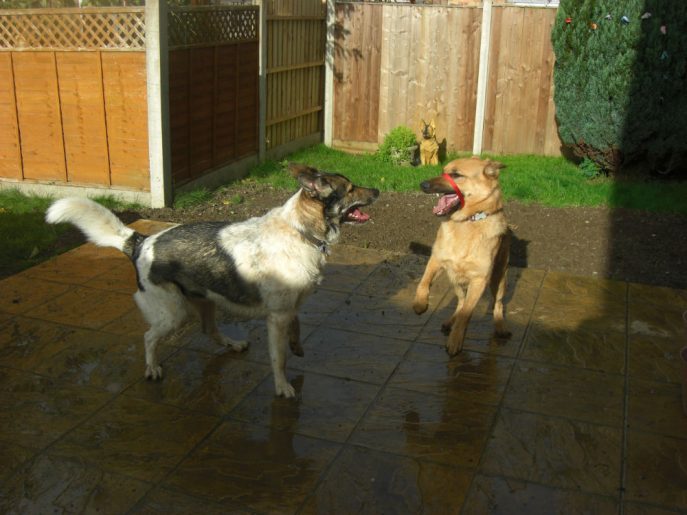 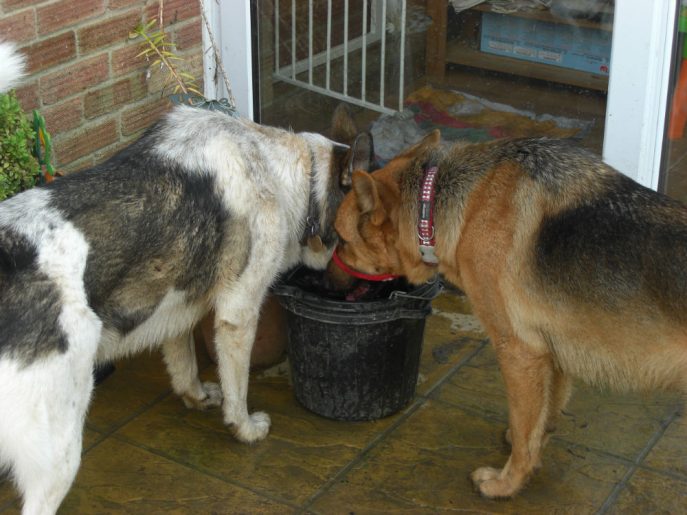 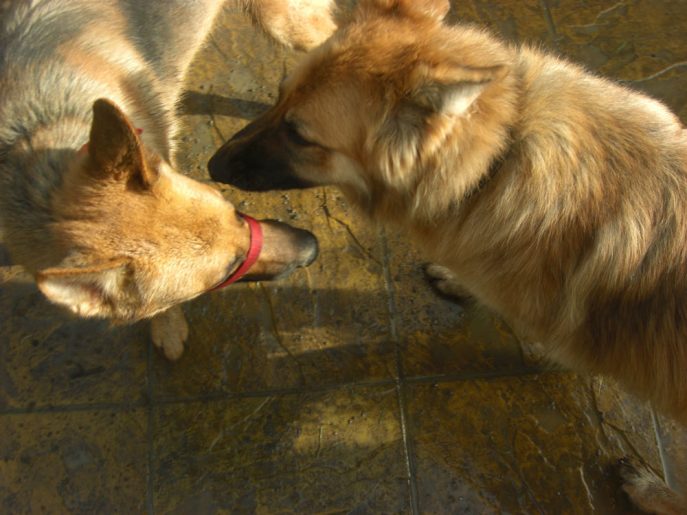 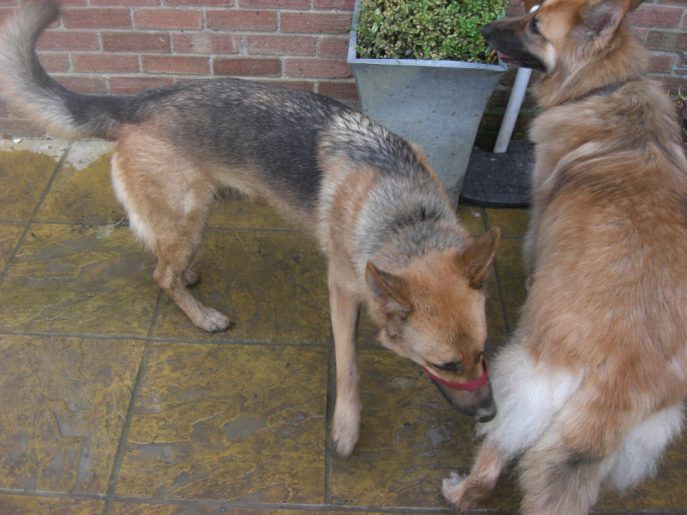 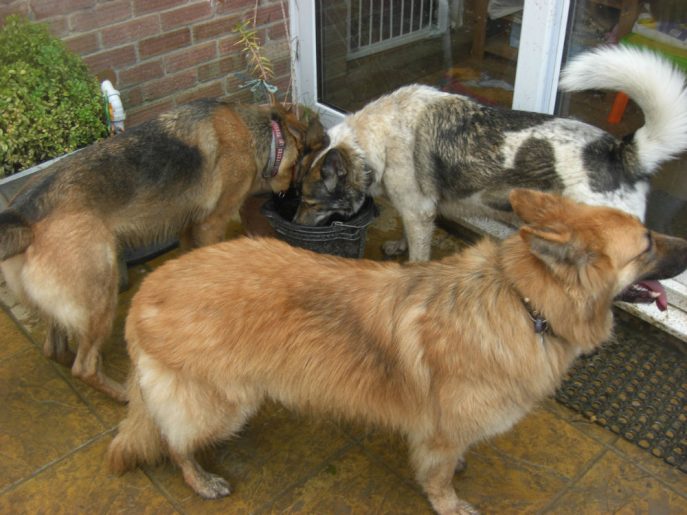 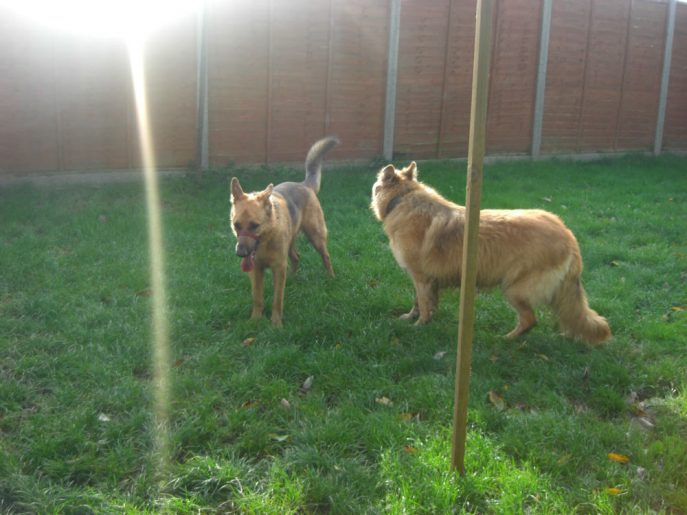 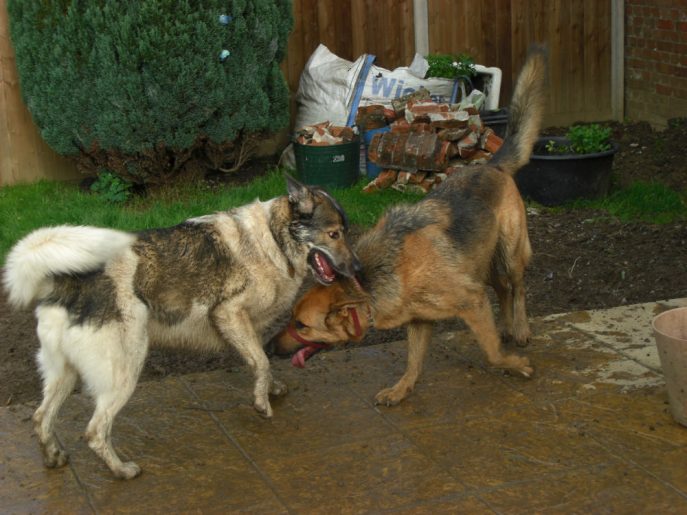 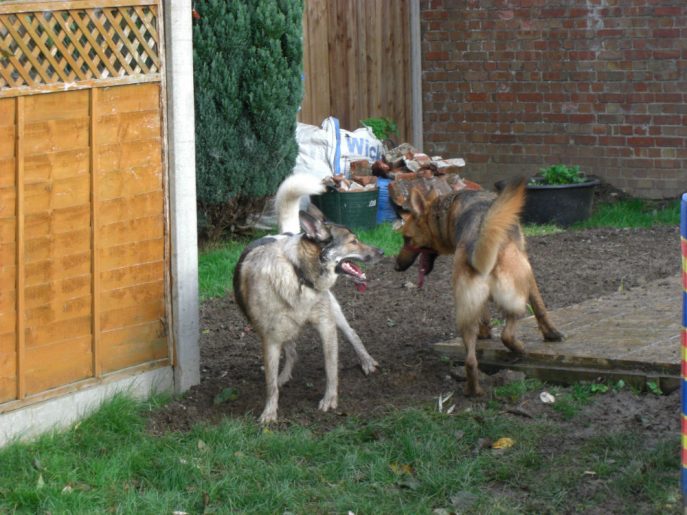 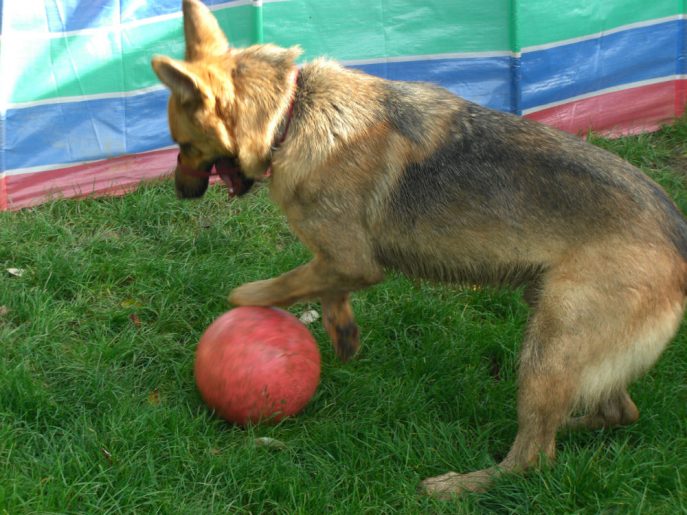 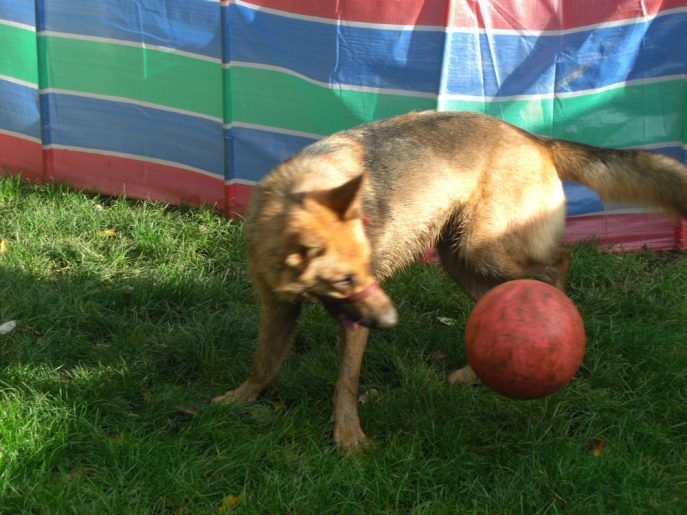 This lovely young man is 2 year Jax who is neutered, vaccinated and microchipped.

Jax is good with children of all ages and as you can see from the photos, good with other dogs. Our assessor had taken her dogs with her so he had just met them. Over exuberant so still needs to learn some doggie manners. Jax is also good with cats but does chase rabbits and did try to herd some cows up once.

Jax can get over excited meeting new people and does jump up sometimes. He was originally rescued from the streets of Spain and his current owner adopted him from a Spanish rescue and bought him home with her. He was microchipped and the Spanish vets were able to tell her he was initially bought as a guard dog, tied up in the garden but as he wasn’t aggressive they just let him go and did not want him back!

Jax pulls at the beginning of walks and can be very strong on the lead to start. He does have recall but can be distracted by other animals! Good basic commands. Has attended classes including some agility.

Being rehomed as his current owner finds him reactive on the lead to other dogs and he has pulled her over on a few occasions.

Jax is very puppy like and will push his luck if allowed. With a firm and confident owner he will make a fantastic addition!

This lucky young man has found himseld a new family!