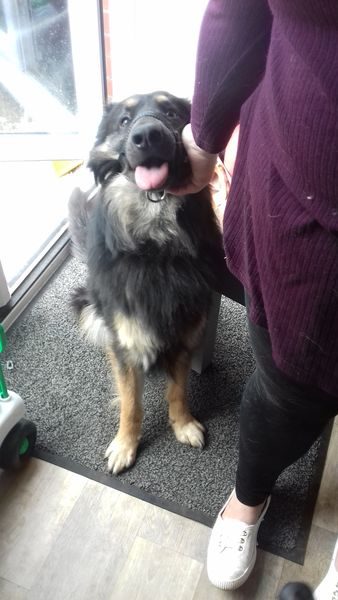 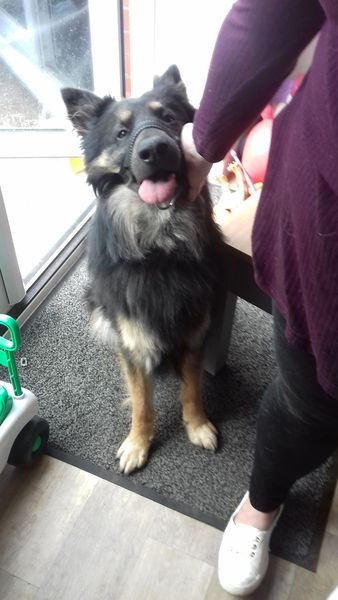 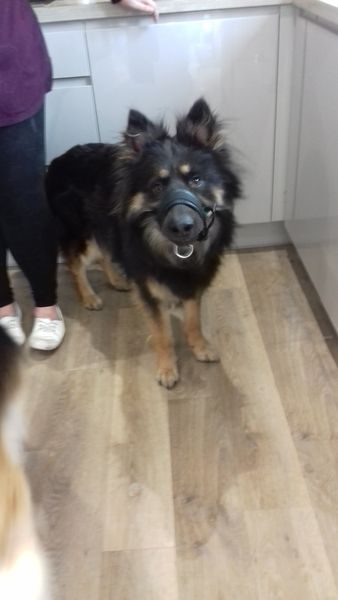 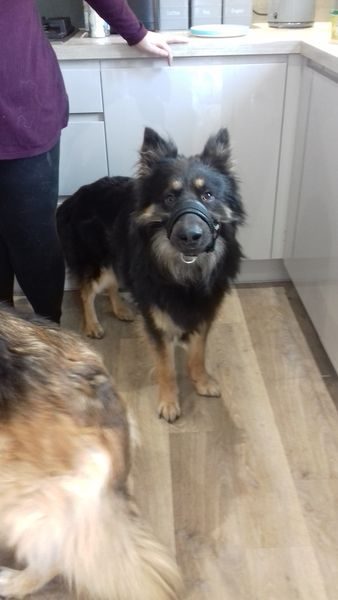 Kaiser is available for adoption through GSRE – this is what his current owners say about him.

Kaiser is an 18-month-old, male, semi coated, black and tan (predominantly black) German Shepherd. He is not currently neutered as he has one undescended testicle but is vaccinated (due now), flea/worm treated and microchipped. He has no known food allergies and no disclosed medical issues. He currently eats Skinners dry kibble, twice daily, morning and evening.

Kaiser is being rehomed through GSRE as his owners have recently moved house which has brought out some anxiety in Kaiser, causing some reactivity and home guarding. They have two children with a baby due soon and unfortunately with family/work commitments they do not have the time available for Kaiser’s training.

Kaiser is described as being good with the family’s children, 2 and 7 years old, and has never shown any aggression towards them. He is not good with unknown children when out on-lead walking, he will bark and lunge towards children/people, along with cycles, dogs and other moving objects (nervous). His reaction towards cats is unknown and he has no reaction towards livestock. He is selective with other dogs – he currently lives with two older GSD females who he shows no aggression towards and has promoted himself as the boss!

Kaiser has become territorial over the home causing him to run towards visitors barking but to date he has not bitten anyone. He has also become protective towards the female of the house. He does not react to the postman.

Kaiser can be left crated for up to 5 hours without issue, however, he will chew if left loose in the home. He travels well in the car. He has lived with his current family since he was 8 weeks old when he was bought from a private breeder in Liverpool. He lives indoors and is house trained. He is very anxious and vocal when on the lead and needs to wear a muzzle when attending the vets.

Kaiser has a recall and also knows sit, down, paw and heel. He does not show any possessive tendencies over food or toys.

During the time the GSRE assessor spent with Kaiser, this is what they said about him.
When the assessor first arrived, Kaiser was wearing a muzzle and remained that way throughout the assessment. He ran up to the assessor barking at them but did not make any attempt to touch them.

Kaiser and his human family have moved to their current home after living in a pub which is believed to have contributed greatly towards Kaiser’s anxiety. Due to COVID restrictions he has had very limited socialisation or interactions with people outside of his immediate family.

The assessor walked Kaiser but did not see any reactions as they did not encounter anything that moved. He circled the assessor constantly and would not settle to heel, he appeared to want to return home.

Kaiser has been to obedience training and upon his return his behaviour was much improved. However, because the family does not have the time to keep up his training, he has soon reverted back to his old ways.

It is the assessor’s belief that in the right home with guidance and boundaries, Kaiser will settle and become a very different dog. He is much loved by his current family but ill health and work commitments prevent them from continuing with the training that he needs.