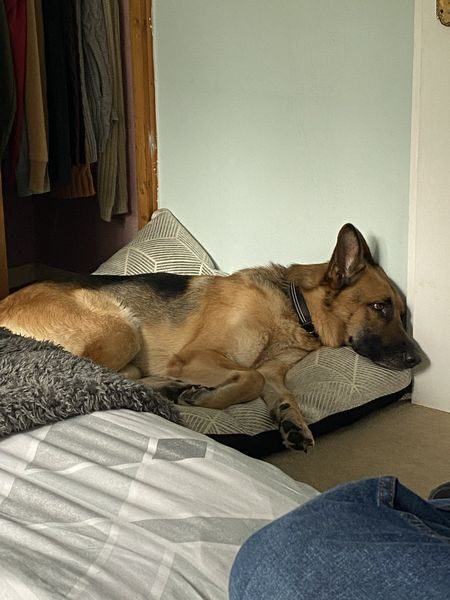 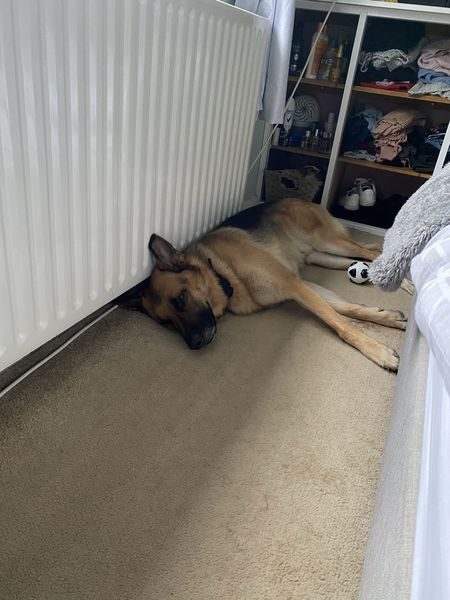 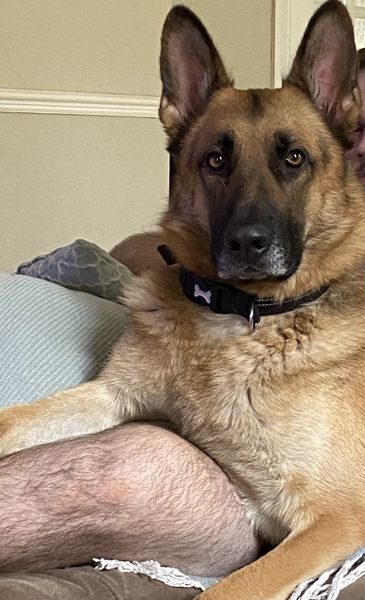 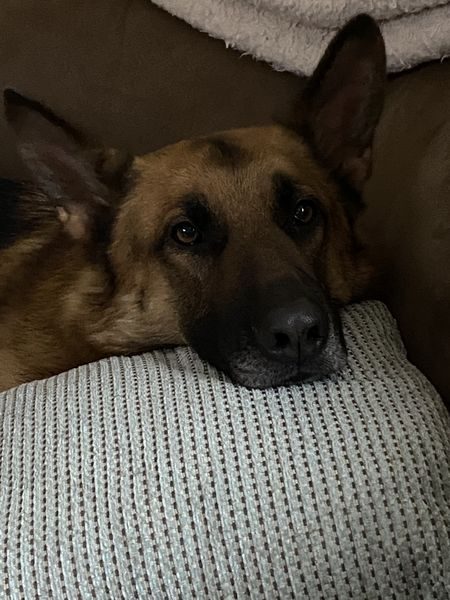 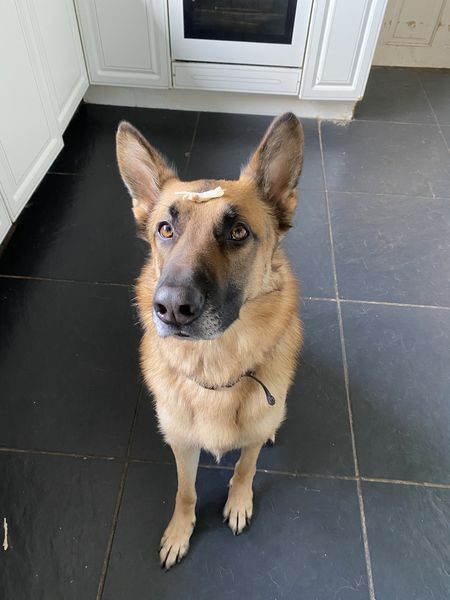 Say hello to the lovely King, he is 3yrs old, neutered, he is not vaccinated but is chipped.

We Arte told he is unknown around children, a no to other dogs as he will lunge and bark at them when out walking, a no to cats and unknown with livestock.

He has been in his current homes since he was 10 weeks old.

He will pull when out walking especially when he sees other dogs. Unknown if he has any recall as never been off the lead in a public place.

King is fine when visiting the vet.

king first met our volunteer in the garden wearing his muzzle, he went straight up to her with interest but no aggression.
he had his lead taken off first and showed her how fast his zoomies were, she requested his muzzle be removed and he was fine, taking treats very gently.

His behaviour problems seem to stem from the time they had to move house and move in with a relative who had a JRT, the two dogs were kept apart and the amount of attention King received was a lot less than he was previously used to and he became jealous of the other dog which led to his change in personality.

Kings seems to like all people he ,gets including his vet, he would thrive in a pet free home with stimulation and training.

King has been adopted.