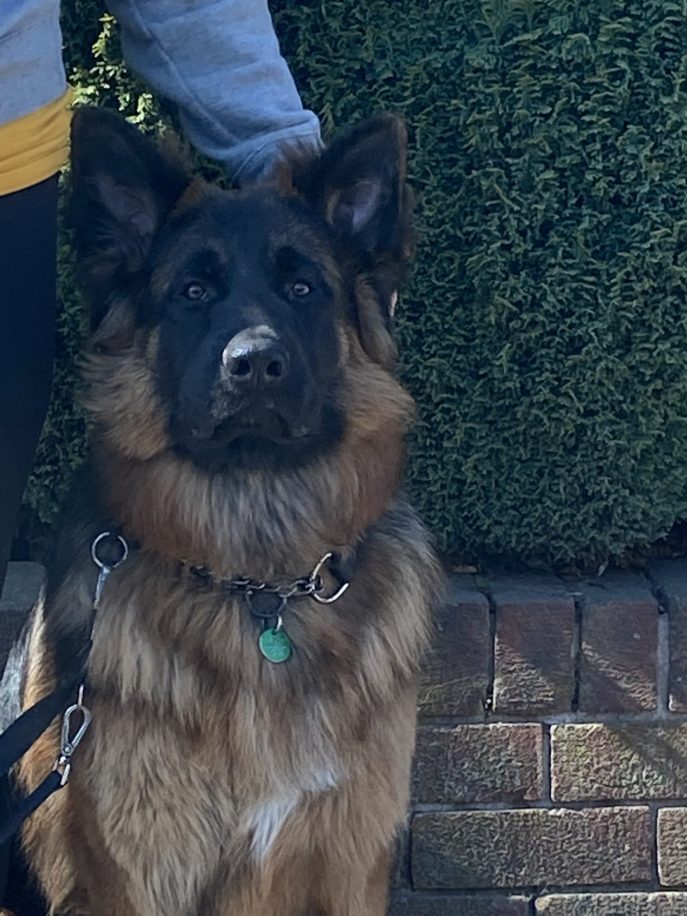 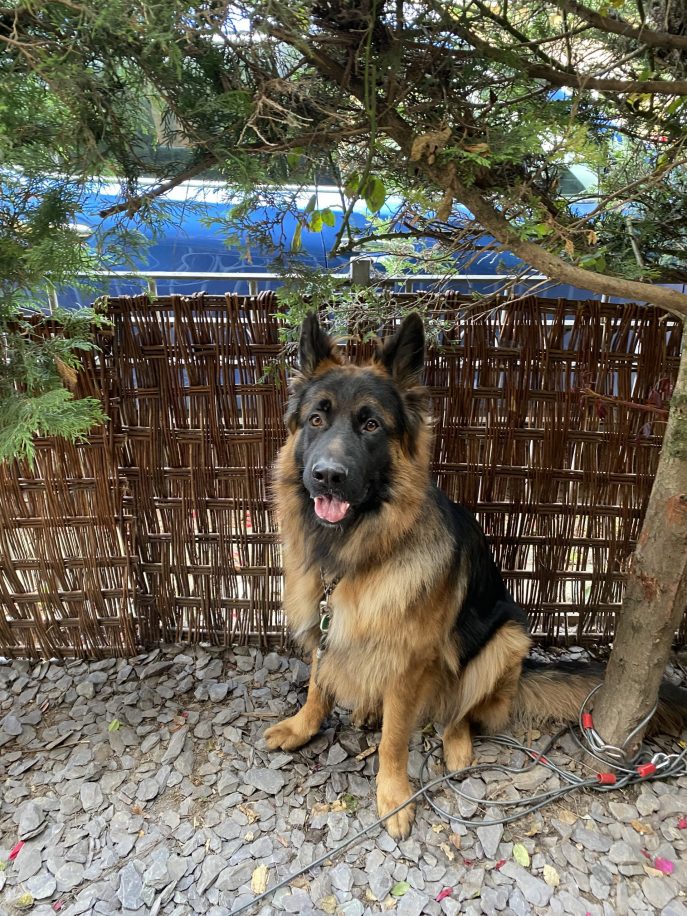 Loki is available for adoption through GSRE – this is what his current owner says about him.

Loki is a 2-year-old (born May 20) male, black and tan German Shepherd with semi length coat. He is neutered, micro-chipped and vaccinated/flea/worm treated. There are no disclosed medical issues or food allergies. He currently eats a mix of wet and dry, twice daily. He wears a muzzle during visits to the vet.

Loki is being rehomed as his current owner has recently had a change of situation and unable to cope with 3 GSDs alone.

Loki is described as being good with resident children at home (8 and above). He lives with another male and female GSD but is reactive towards other dogs when out and about. He does not get along with cats and it is not known what his response to livestock would be.

Loki has bitten – whilst doing heelwork in the garden a man walking past leaned in to stroke Loki on the head. Despite him growling at the man, he still tried to stroke him and was bitten, breaking the skin. When visitors come to the home, Loki barks aggressively at them. He was not let out of his crate when the assessor was present as his current owner feared he may act aggressively.

He is currently left for 2-4 hours in a crate and travels well in a car. He will continue to bark whilst a trigger is present and is described as being a vocal dog. He lives indoors and is fully housetrained.

Loki walks well when on a lead but only with the female owner and not for anyone else. He knows sit, stay, come, away, touch, crate and lie-down. He does not show any possessive tendencies over food or toys but is described as being protective of his owner.