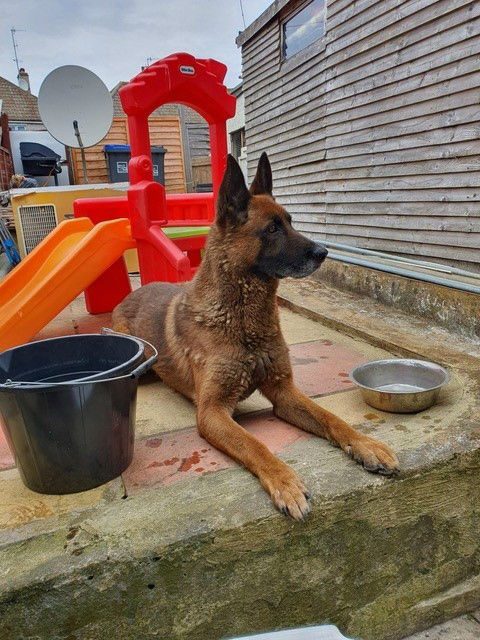 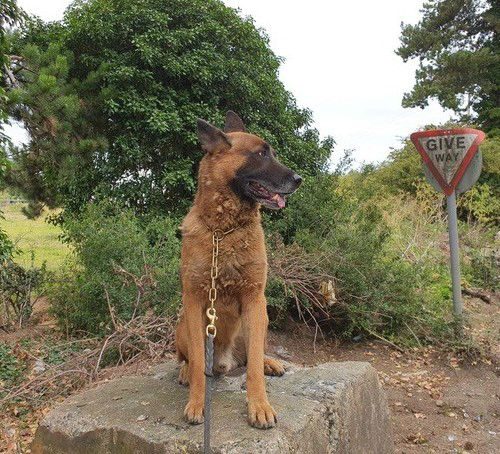 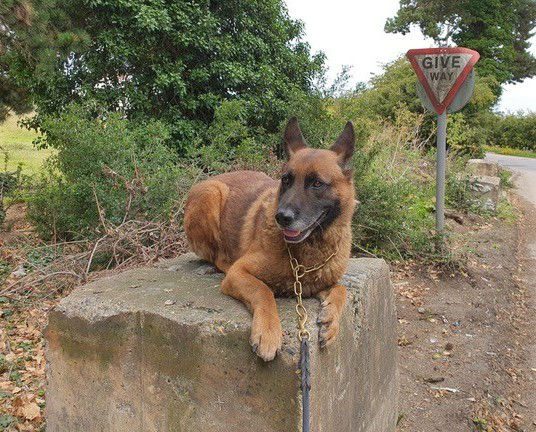 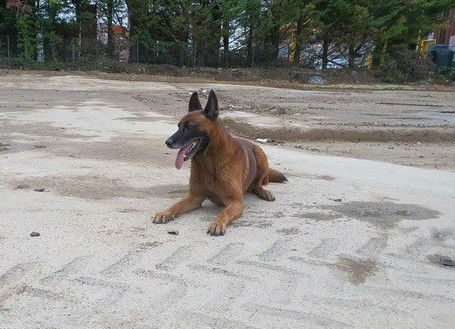 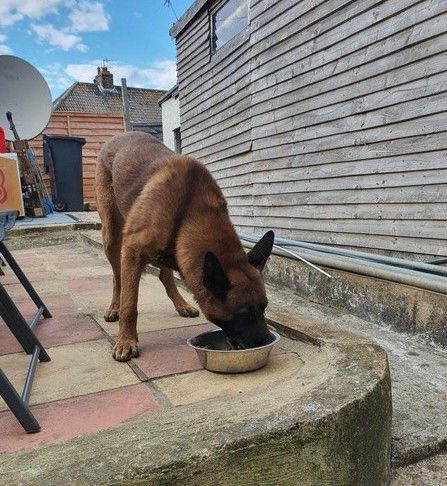 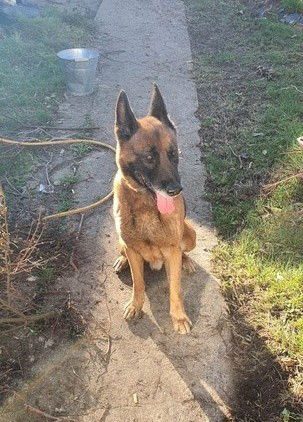 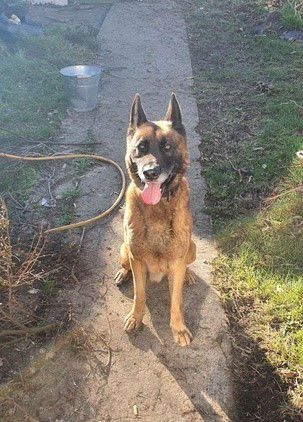 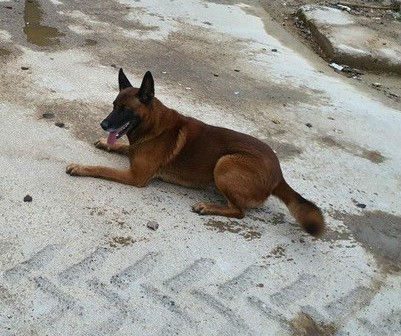 This is Mac who is a GSD cross Mali. He is 8 years young, microchipped but still entire and vaccinations are out of date. Mac has been with his current since 6 months of age and whilst he did live with a Rottie when young, has not been socialised with other dogs since and does react out on walks. A no to children as he has had no interaction. Mac has been a working dog most of his life and is actually kennelled at his owner’s home. This is what our volunteer had to say about him:

“When I arrived (early) Mac was out for his walk but arrived a moment later.  He sat quietly as I got out of the car and showed no reaction as I approached him.  I gave him space and his owner returned him to his kennel to enable me to complete the assessment form. I observed Mac from the conservatory.  He was excited to be released from his kennel and happily played with his owner.  He was energetic. Mac was then muzzled and I went into the garden with him.  He was happy for me to be within a couple of meters of him under the control of his owner and was happy to accept treats thrown by me.  He was clean, eyes clear as far as I could see, claws appeared neatly trimmed.  Looked healthy size and weight.  I spent some time throwing treats for Mac to allow him to get used to me.  He sat down and I was able to stroke his back but he reacted with a warning growl and I decided not to push the situation with him.  Mac was under the owner’s control the whole time I was with him, which I appreciated.  The owner assured me that Mac would always give a warning and would not bite me!  Mac was trained on a bite sleeve and has bitten whilst playing.  But, I think the latter is a case of Mac being careless when playing tuggy.  There was no suggestion that Mac had ever caused any serious injury.  That said, the lack of socialisation is a concern.

Mac seemed happy to play and take treats from a stranger but clearly he is a working dog with little socialisation.  He has lived outdoors in a kennel. The owner is working two jobs at the moment and is no longer doing any security work with Mac.

Mac will need to go to a very competent and experienced home. “